Does a cat have what it takes to be a therapy pet? Animal-assisted therapy has been proven to significantly alleviate anxiety, fatigue and stress in people with health problems. Dogs, in particular, have a very good reputation of being a reliable therapy pet. But felines can also provide the same therapeutic benefits to help improve one’s overall psychological state. Lots of different people use therapy pets. These include patients receiving cancer treatments, veterans with PTSD, elderly people with dementia, people with cardiovascular diseases and those in long-term care facilities.

Therapy animals are typically trained, with the help of professional handlers, to help ailing humans through human-animal interaction. Surprisingly, one kitty doesn’t need to undergo training to become a therapy animal because this friendly feline is actually good at it. When this photo showing a kitty cuddling a man recovering from surgery was shared on Twitter, people just couldn’t handle the sweetness and cuteness of the gesture. The photo was uploaded by Andrew Falloon, a Member of Parliament for Rangitata in New Zealand. The sleeping man is Falloon’s dad who just arrived home from an operation. One day while he was napping on the couch, a neighbourhood kitty paid him a visit and curled up with him.

A Cat Sneaked In And Cuddled A Man Recovering From Surgery 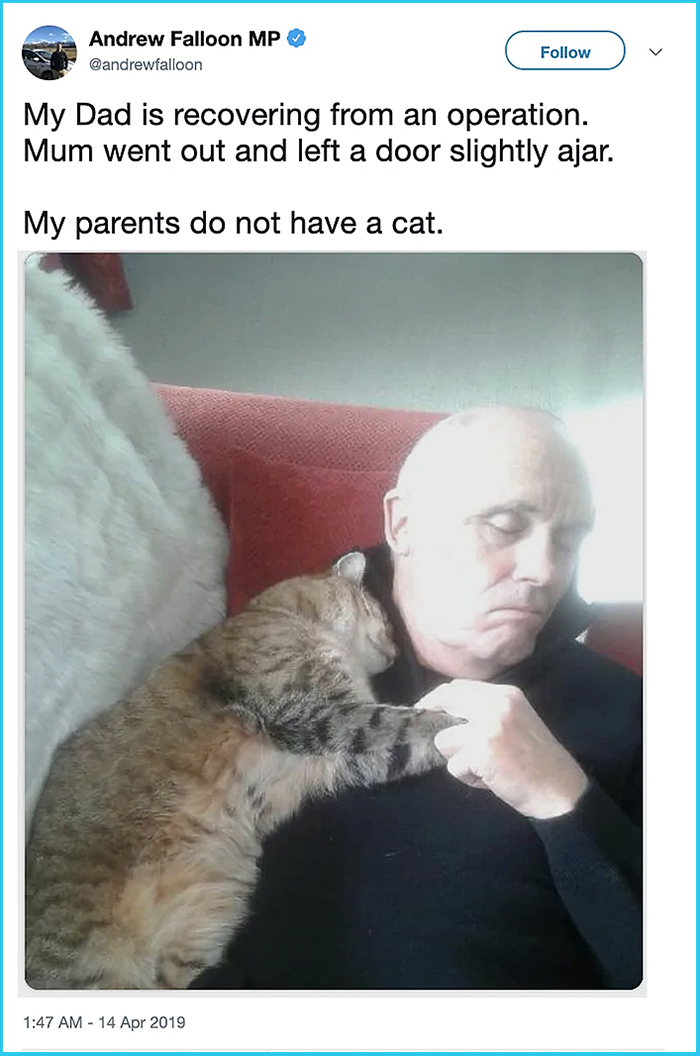 Falloon revealed on the post that the kitty might have sneaked into the room when his mom went out and left the door slightly open. When his mom returned, she found her sleeping husband cuddling up with a new furry friend. She immediately took the camera and snapped a photo of them. And when Falloon came to visit, she showed him the photo which he later posted on Twitter.

“After Mum sent me the photo I popped it up on Twitter, thinking it might make a few people smile, but I never expected it would go so far.”, Falloon said. “When I went to bed on Sunday night (New Zealand time) it had a couple of thousand views, when I woke up it was in the millions. Now it’s in the tens of millions.”

People Were So Moved By This Adorable Photo 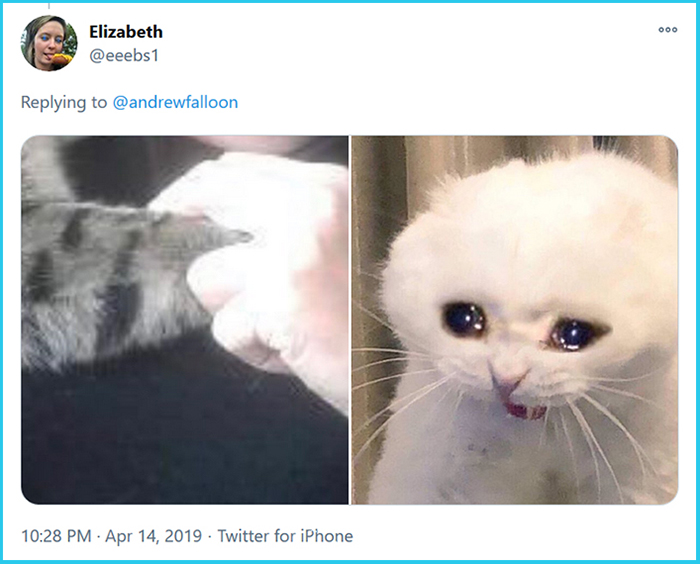 People have been very interested in who the comforting kitty is. Falloon revealed that the furball named Ziggy came from somewhere in the neighbourhood. He has been a frequent visitor to the Falloon residence. But that was the first time he came close to his dad. It’s as if the kitty knew that a little hug could help his neighbour recover faster. Even after his dad woke up, Ziggy stayed with him a bit before he took his leave.

“Up until now my Dad hasn’t really been much of a cat person, but I guess he is now.”, Falloon added. “Ziggy seems to have adopted my Dad, so I’m not sure if they’ll get another cat. My parents are just happy to have him visit every so often.” 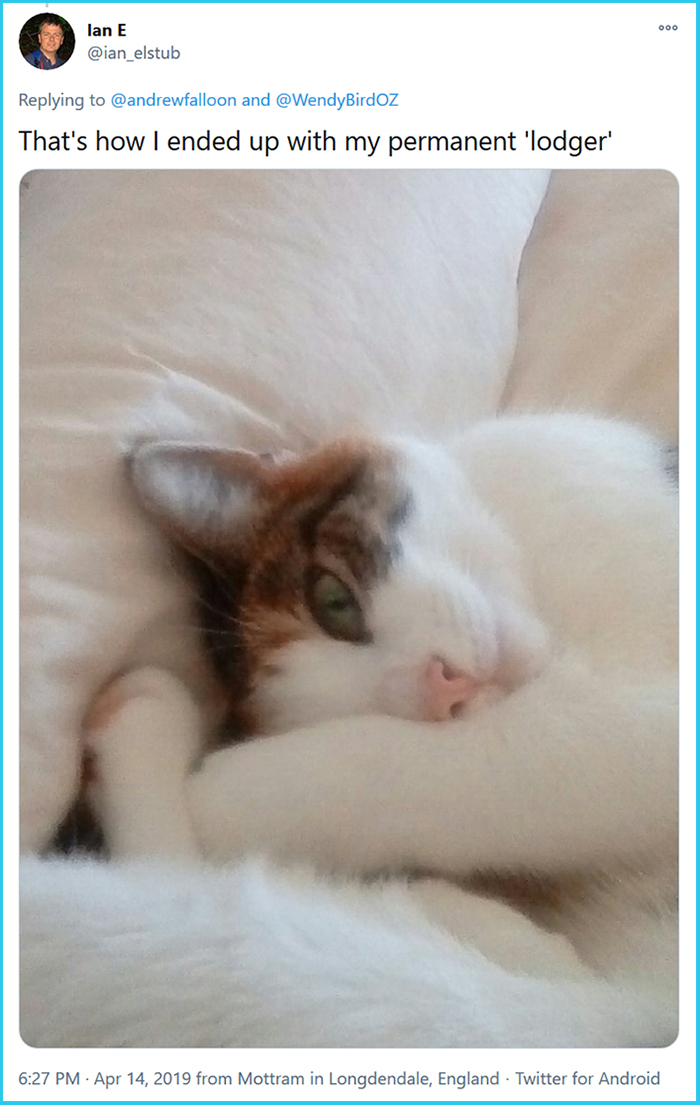