Libero Rutilo took the liberty to create 3D vases by recycling plastic bottles. The result? A project that has given a significant chance and purpose for PET bottles to be reused. People would typically just throw these products. But, thanks to Rutilo, we have a new way of repurposing them through a combination of upcycling and the ingenuity of 3D-printing technology.

His idea was simple. He’s going to create a vase, but he will only conserve the silhouette. The 3D vases would only be an external shell. Each vase would also have an inner neck fillet. The purpose? That is to screw the vase onto a bottle as you would a cap. Now, the 3D-printed vase is going to dress the bottle, making it unseen while under the silhouette mesh.

The vases can accommodate 0.5 I PET water bottles as well as soft drink bottles. These will jive with the bottleneck openings, too. 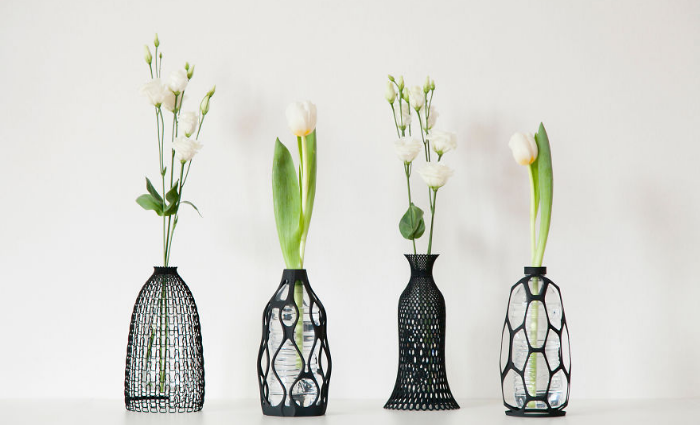 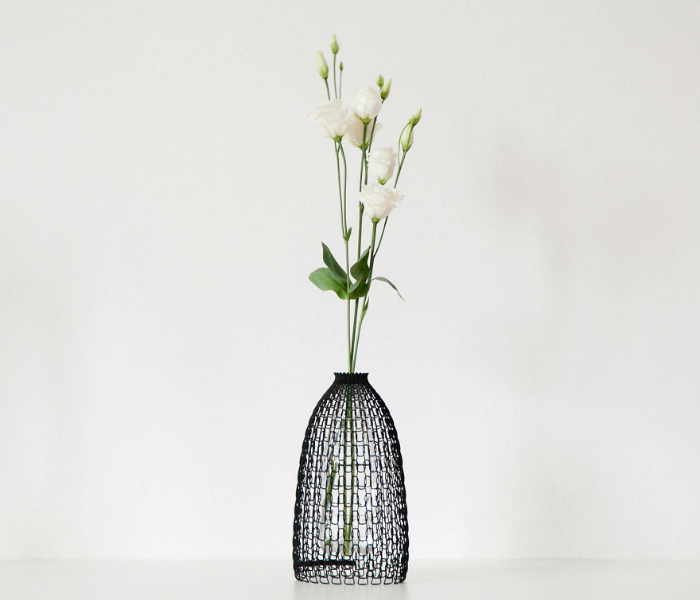 Sporting a more classic look, the “Lace Vase” looks like a crochet pattern. 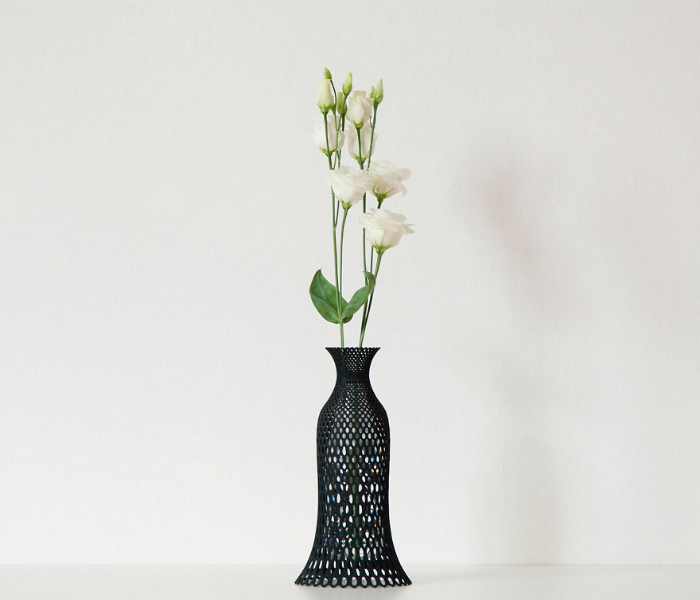 Rutilo’s collection includes 4 various designs. One is the “Spider vase,” which features a biomorphic pattern. Another is the “Sinuous Vase.” It’s fluid, curvy and wavy. On the other hand, there’s also a “Lace Vase.” It sets itself apart by donning quite a classical look. Its pattern is like that of crochet. Finally, there’s the “Knitted Vase.” It has incredibly beautiful details as if it were really knitted.

While you may not be able to clean up the whole planet by recycling one or two bottles, Libero Rutilo has shown that anyone can do something to reuse these plastic bottles as much as possible. You can turn them into objects that can eventually cater an eco-friendly way of life.

If you’re interested in these 3D vases, you can find them on the Make it LEO website as well as in Tessa’s Curated Boutique. You can either buy the LEO file, i.e., the digital design (so you can 3D print anywhere) or the finished product. For the latter option, they can even deliver it to your doorstep!

The “Sinuous Vase” is wavy and more fluid. 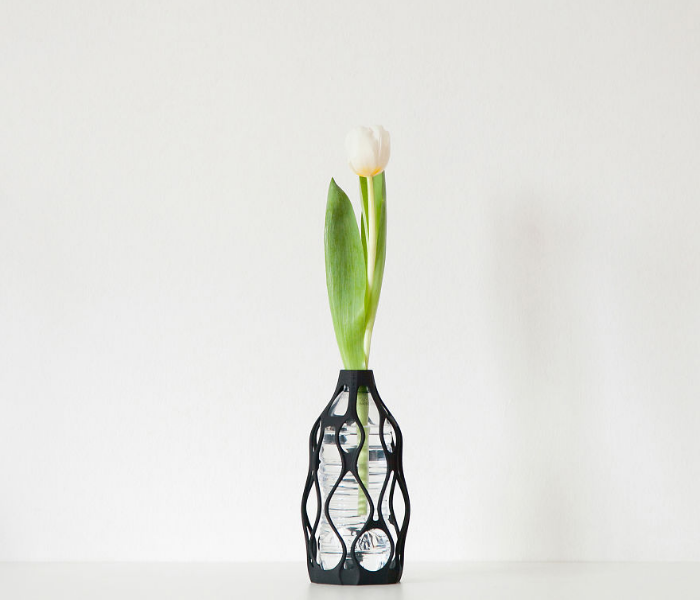 With a biomorphic pattern, the “Spider Vase” looks like the most organic design among the collection of four. 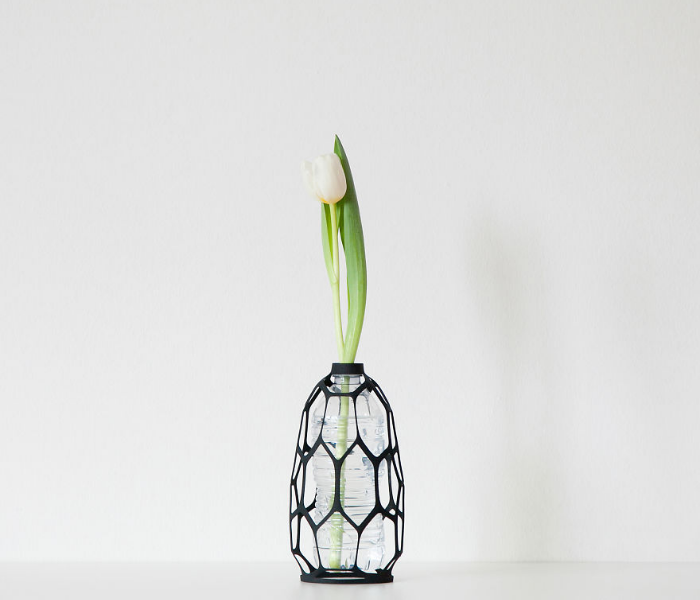 Each vase represents itself as an external shell. It features an inner neck fillet. 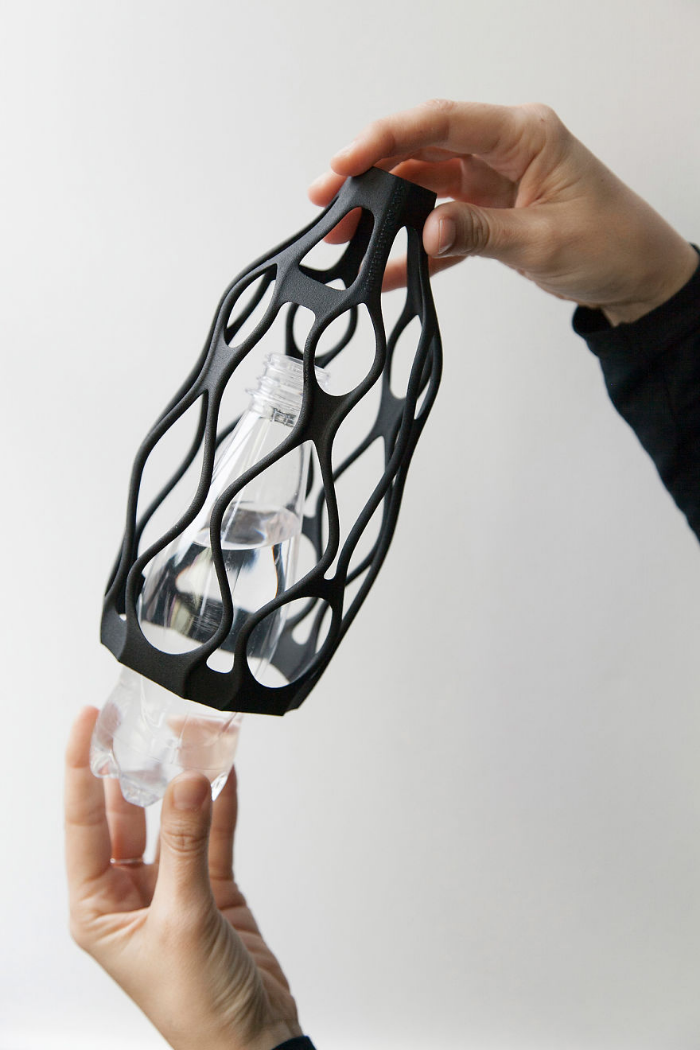 As such, you can screw it onto a plastic bottle like a cap. 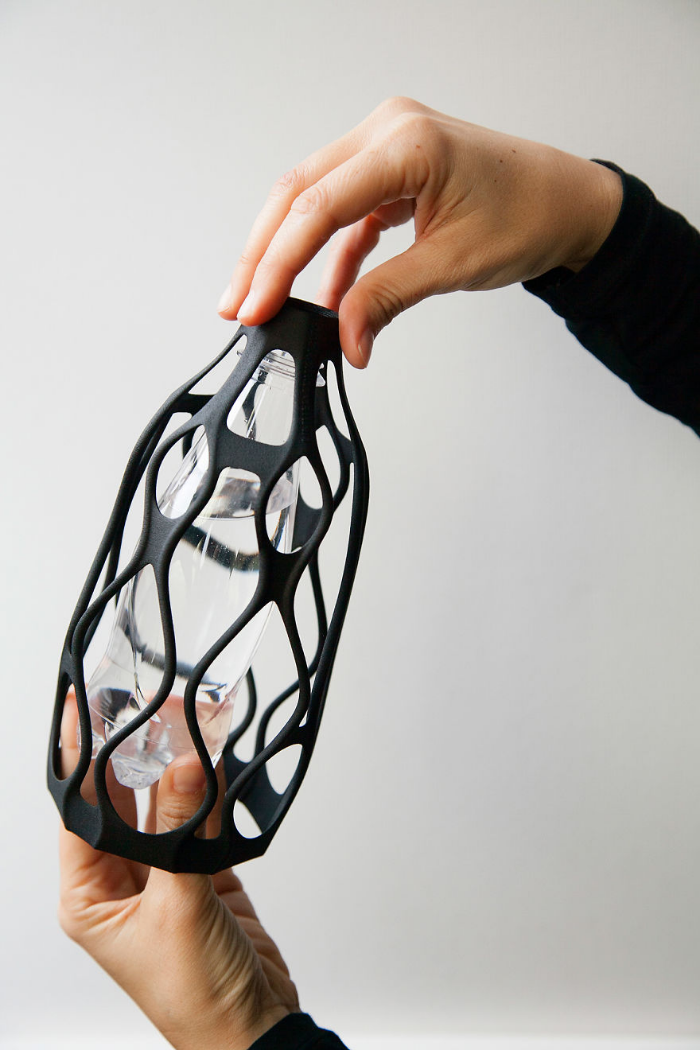 Each of the 3D vases would dress a bottle so that it seems to “disappear” under the intricate-looking mesh. 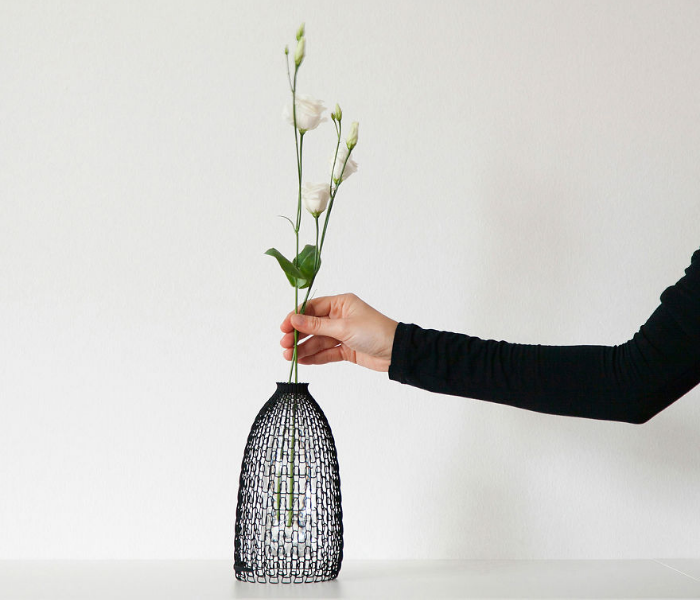