Can’t get enough of The Child? Then, this Baby Yoda Night Light will be the cutest and geekiest way to illuminate your room. Star Wars fans probably have their calendars marked for October 30th as Disney+ announced that the highly-anticipated second season of The Mandalorian will air on the said date. As you may already know, this series introduced The Child, the character who took the whole world by storm. Since the show, Baby Yoda, as the cute character is colloquially known among fans, has instantly became the center of attention. Memes and merchandise inspired by the adorable character spread like wildfire right after the show’s premiere.

After news about the return of the Emmy-nominated Star Wars sensation broke out, fans of the show went wild and can’t stop talking about how they missed the cuteness of The Child. We just have to wait for a few more weeks before we can see the adorable character back on our TV screens. But while we wait, why not get this night light to light up your room in the cutest way possible? It features a detailed replica of The Child’s head complete with its brown neck scarf for the base. 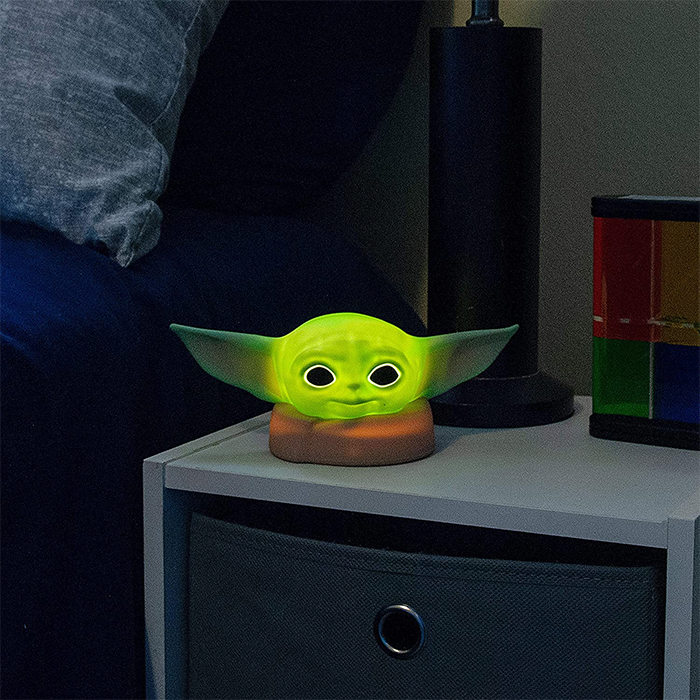 The night light has a squishy silicon frame featuring the adorable likeness of the sensational character. Inside the frame is a white LED light that emits light from within. When it’s turned on, the frame gives off a luminescent green glow to softly illuminate your room. Gently tap the base to switch between high and low light settings. 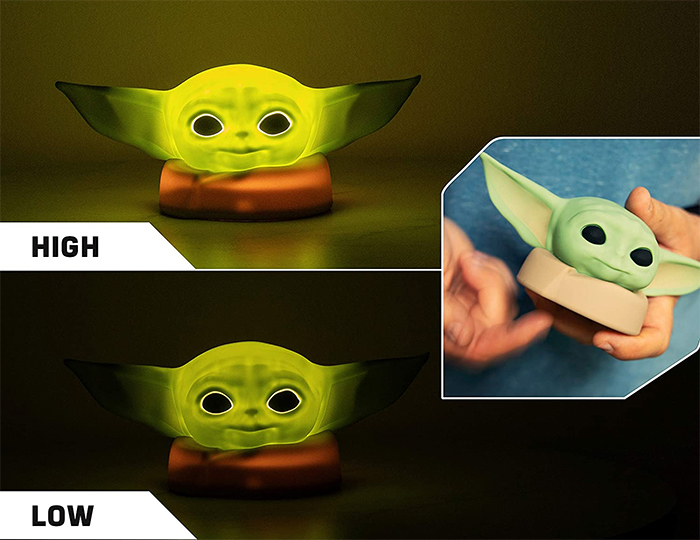 The night light offers two power options. It comes with a micro-USB cable so you can connect it to any standard USB charging ports. You can also opt to power it with 3 AAA batteries (not included) if you intend to take it somewhere that has no charging ports accessible. While running in battery mode, the device automatically activates its light-saving feature by turning the light off after 60 minutes. 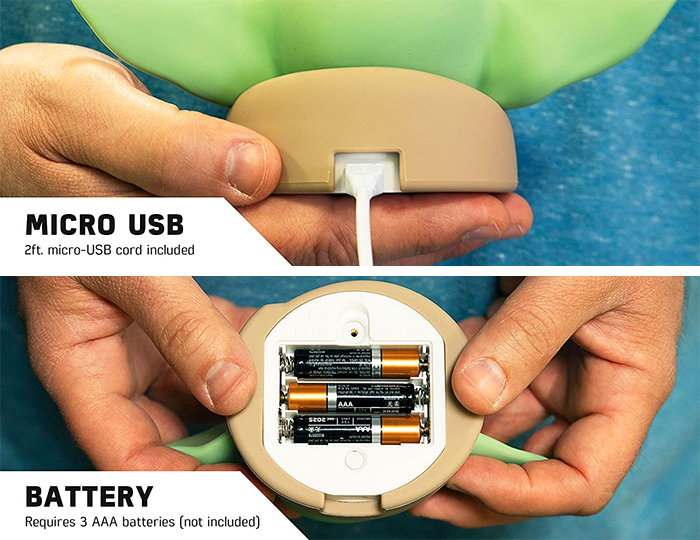 What’s more, this item is officially licensed by Star Wars which makes it a perfect addition to your collection. This enchanting light is perfect for bedrooms, bathrooms, game rooms, a nursery or any space that needs illumination. 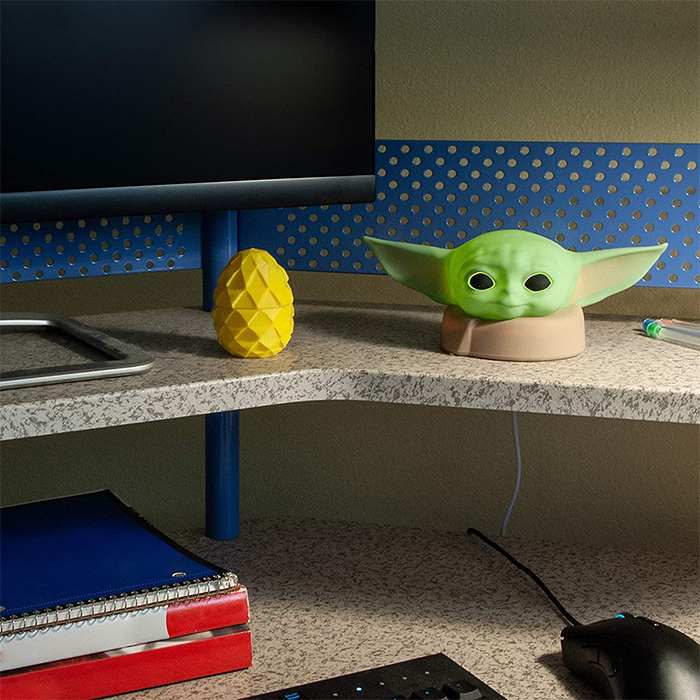 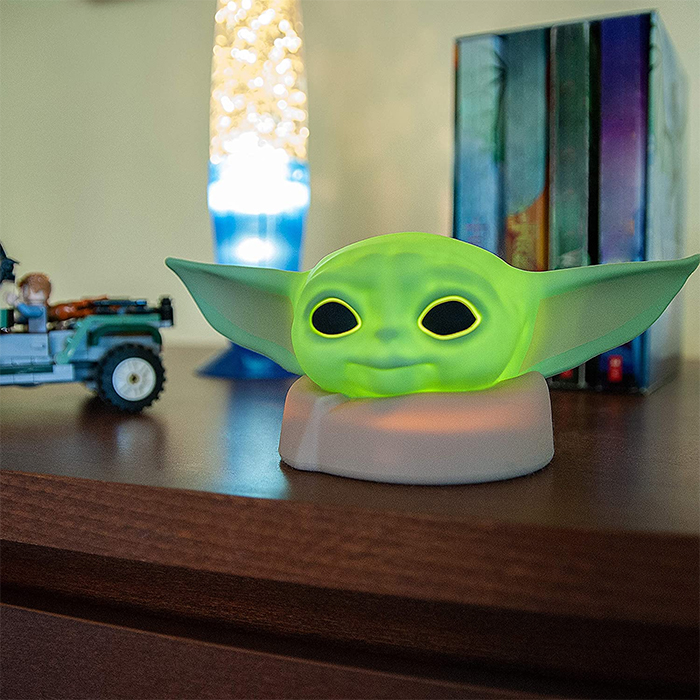