Keeping an aquarium at home comes with a lot of health and well-being benefits. But you probably didn’t know that you can also use this aquatic receptacle to express your geeky side. A Super Mario fan did that by turning her aquarium into a familiar setting inspired by the best-selling video game. Of course, Star Wars fans won’t be left behind. Redditor chuck_2565 shared photos of her Star Wars-themed fish tank. And we’re calling it now, a trend is about to ignite among Star Wars fans. Most of them might even consider buying a new aquarium just to get into the trend.

The making of the Star Wars-themed fish tank started when the Redditor received an AT-AT figure for Christmas. As an aquarium enthusiast, she thought of using the four-legged combat vehicle as an attractive element to her aquariums. Now the challenge was for her to make the artificial element look as natural as possible. How could she make the armored walker blend naturally with the aquatic surrounding? Inspired by the fantastical locations of the Star Wars universe Kashyyyk and Moon of Endor, she successfully reimagined a lush forest where the remains of an AT-AT vehicle stands peacefully underwater. 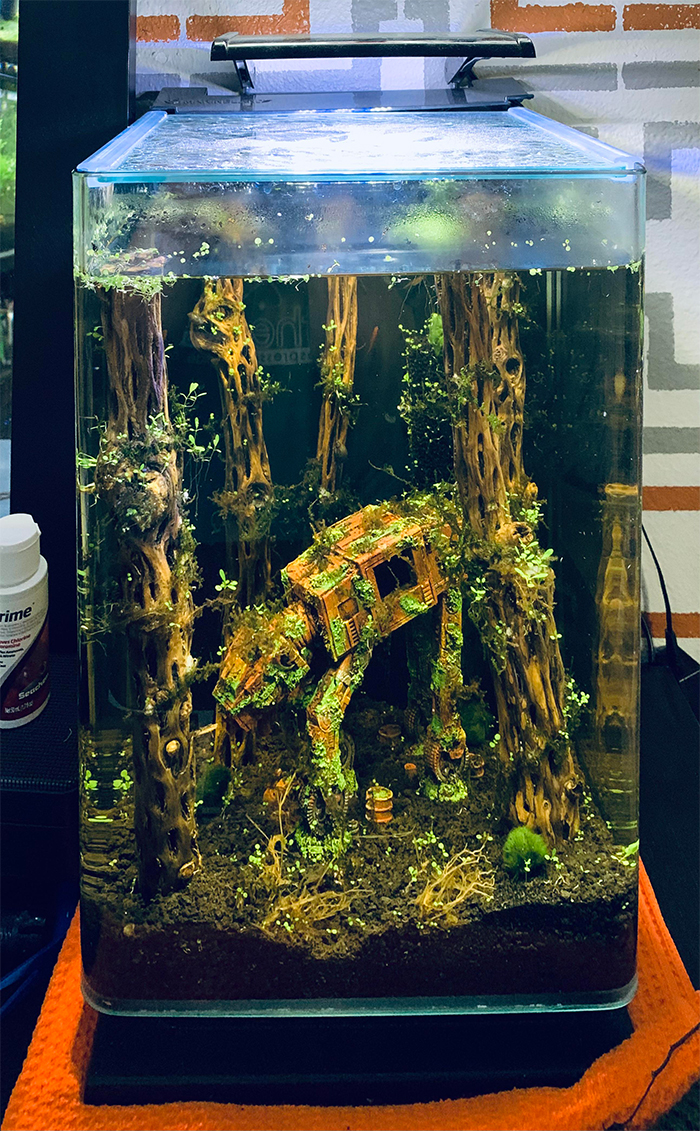 In a five-gallon aquarium, she placed cholla woods to represent tall, burly tree trunks. She adorned the tree trunks with java moss and three-leaf seeds to give it a mossy, jungle appearance. She then placed five ember tetra fishes to live in the Star Wars-themed fish tank. However, the five-gallon tank proved to be too small for the freshwater fishes. So, she had to transfer them to a larger thirty-gallon aquarium. And the jungle-like aquarium is currently housing one red cherry shrimp and some Ramshorn snails. 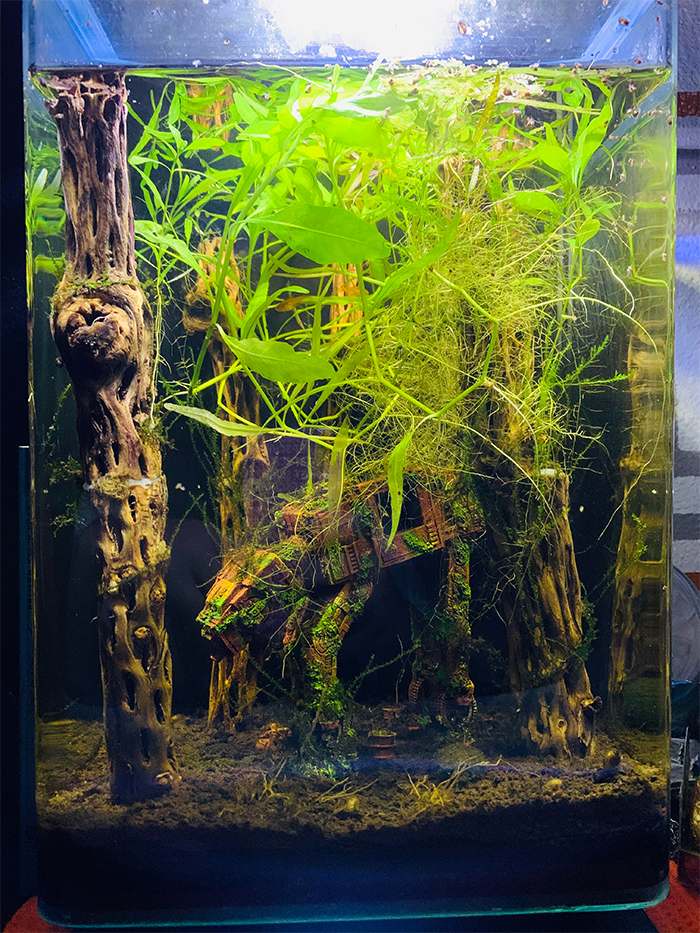 Three months after she posted the first photo of the now-viral Star Wars-themed fish tank, she shared an updated photo of the aquarium, this time with a very dense foliage. And there standing on the aquarium seabed is the solitary AT-AT walker covered in moss.