The first day of school is one of the most memorable days for kids. As, the anticipation of meeting new friends and new teachers will make many kids feel excited about going back to school. Most kids have a positive expectation about this day. But most of the time, their excitement turns into utter disappointment probably due to the realization that school life isn’t all about having fun. It’s basically one of those crucial moments of their lives when they get an early taste of the bitter reality. And what could be the best way to commemorate this special moment than to capture it on camera?

You probably have them too, right? The photos your parents took on your first day. You’re probably gleaming with joy in your new uniform or outfit as you happily smile for the camera. If that went well for you then you’re really fortunate. But most of us aren’t that fortunate to have the day go as expected. And we’re pretty sure these kids on these photos are no different.

First Day Before And After Photos 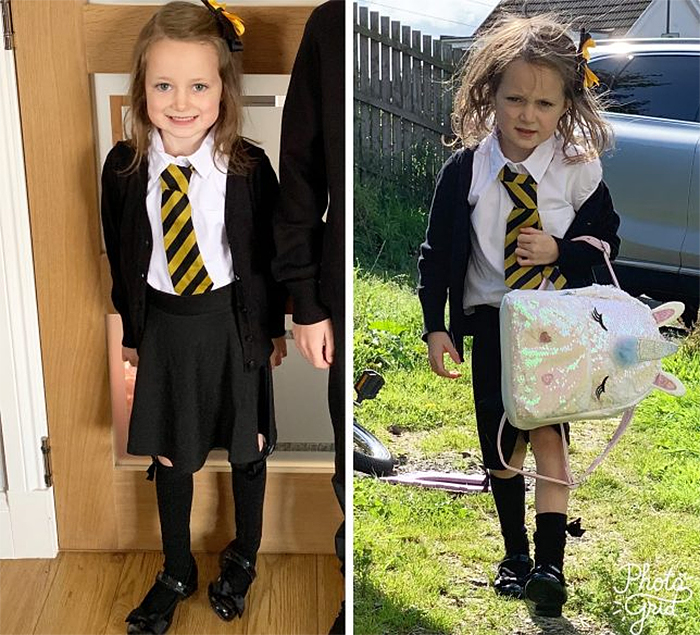 You can see from their faces how exhilarated they were on their first day. Just to come home looking worn out and downcast. Seeing these before and after photos is like watching them go out for a war with guaranteed victory in mind. But at the end of the day, they come back utterly defeated. It’s easy to see that these kids really had it rough. That look of disappointment on their faces would surely make you remember that you’ve been there once. And probably felt the same way as these kids did. Not to make fun of these poor kids but their before and after transformations are just too amusing.

“Before And After The First Day Of School. The Future Suddenly Looks Bleak.” 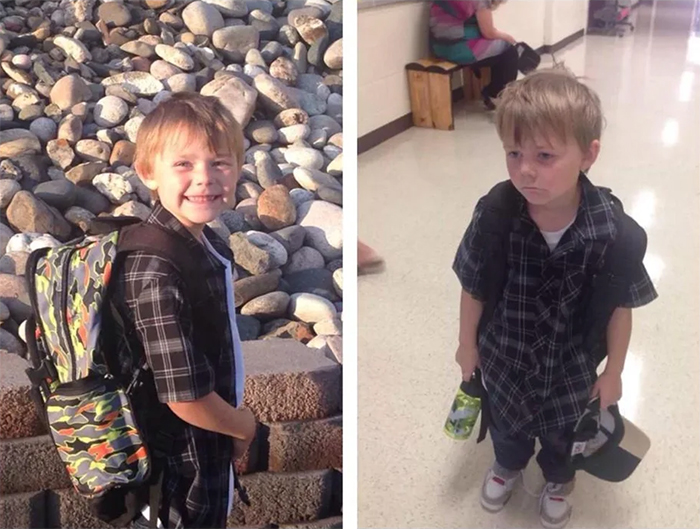 “Before And After The First Day Of School” 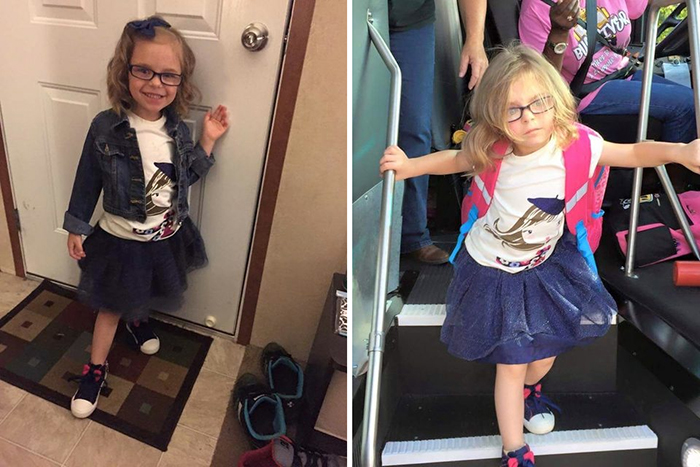 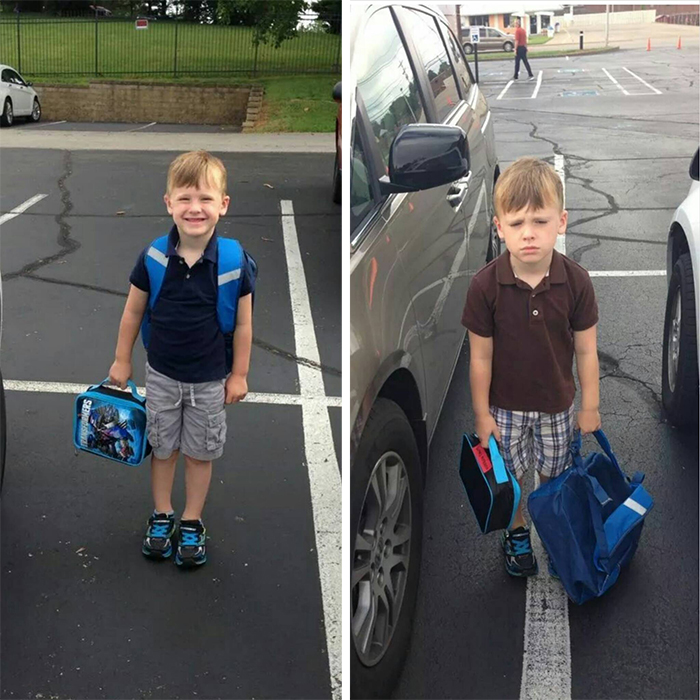 “Our Daughter Is Not Ok With Going Back To School” 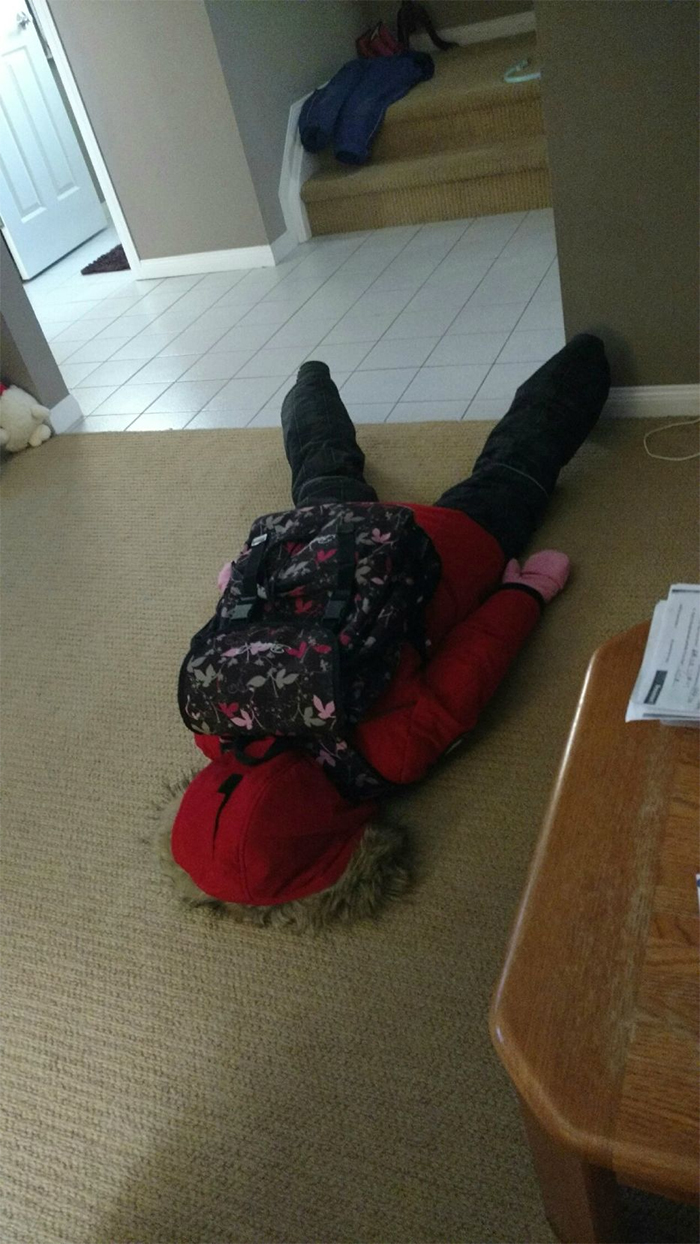 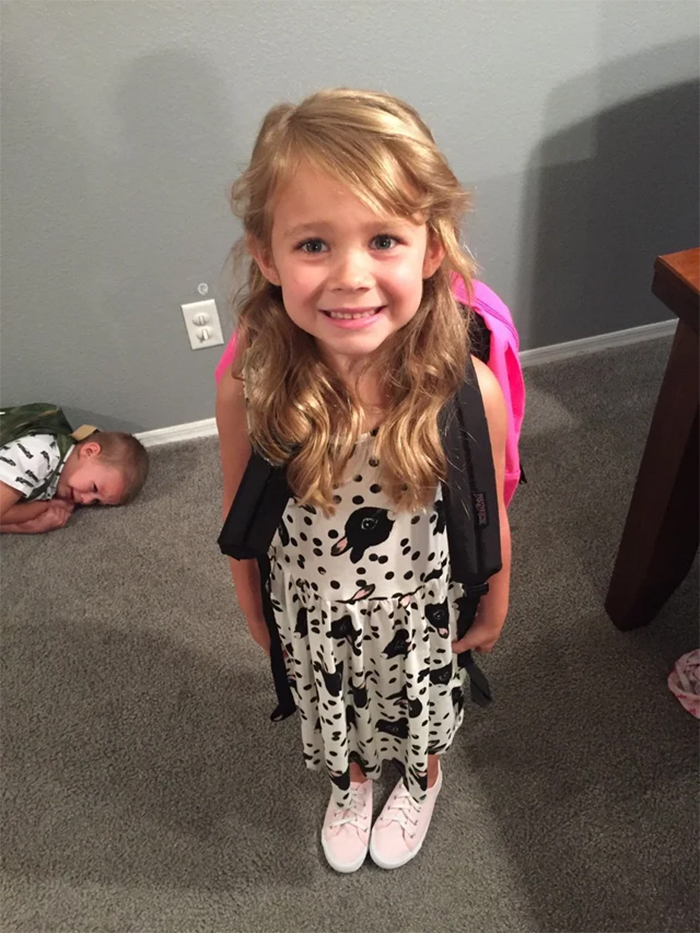 “First Submission. My Niece Had A Hard Day At School” 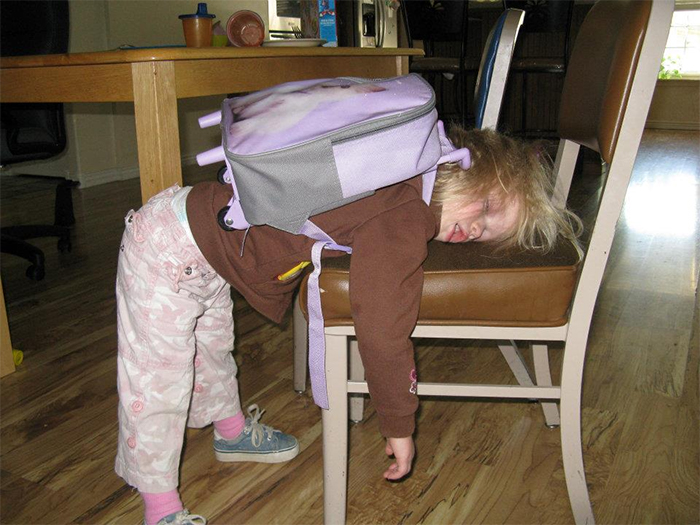 “My Son’s First Day Of Preschool” 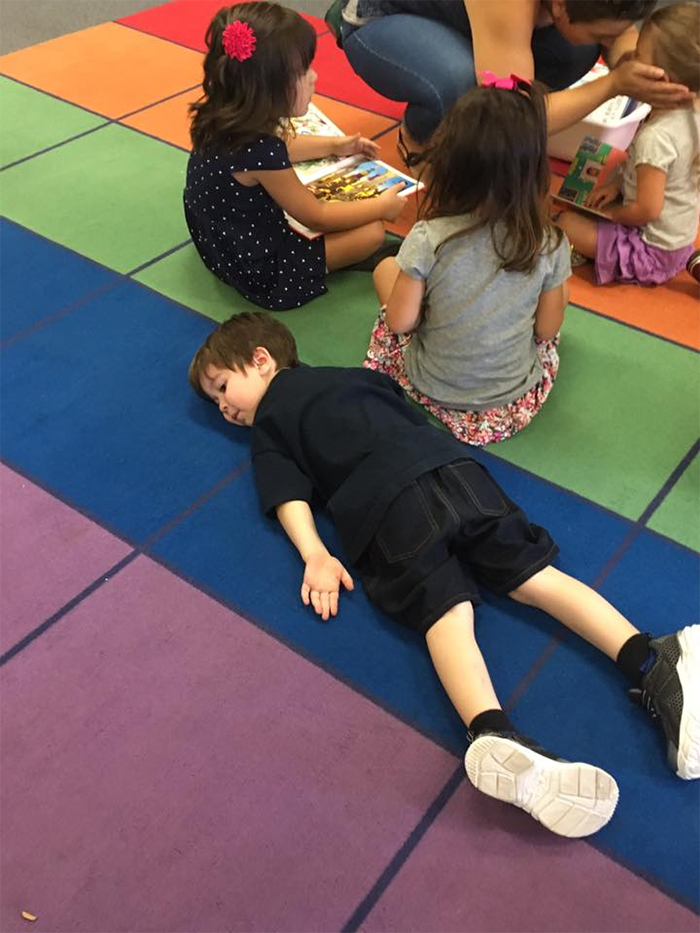 “My 7-year-old Was Not Interested In Going To School Today.” 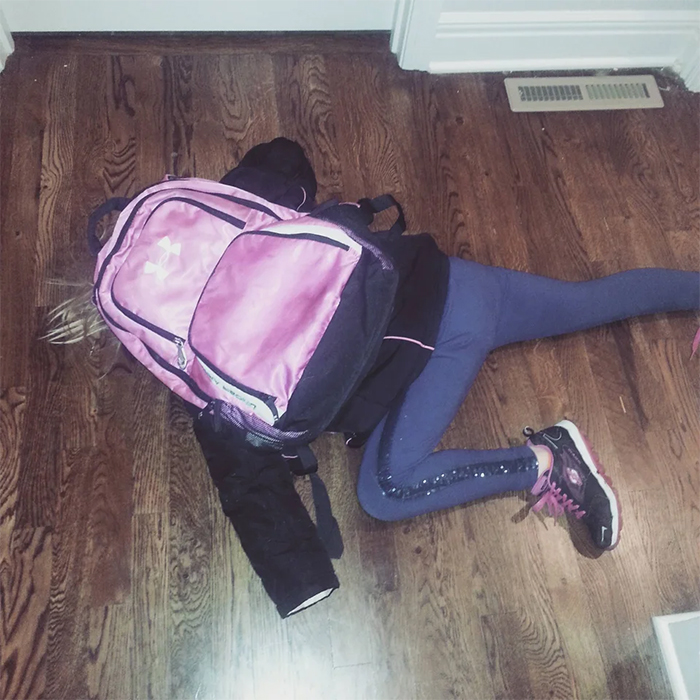 “Kids In BKK Do Have The Same Fun” 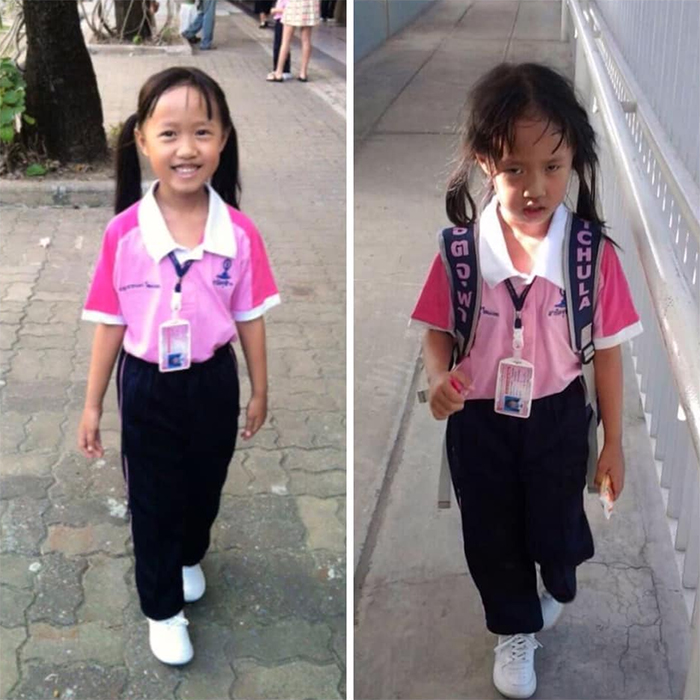 Go To School They Said, It Will Be Fun They Said 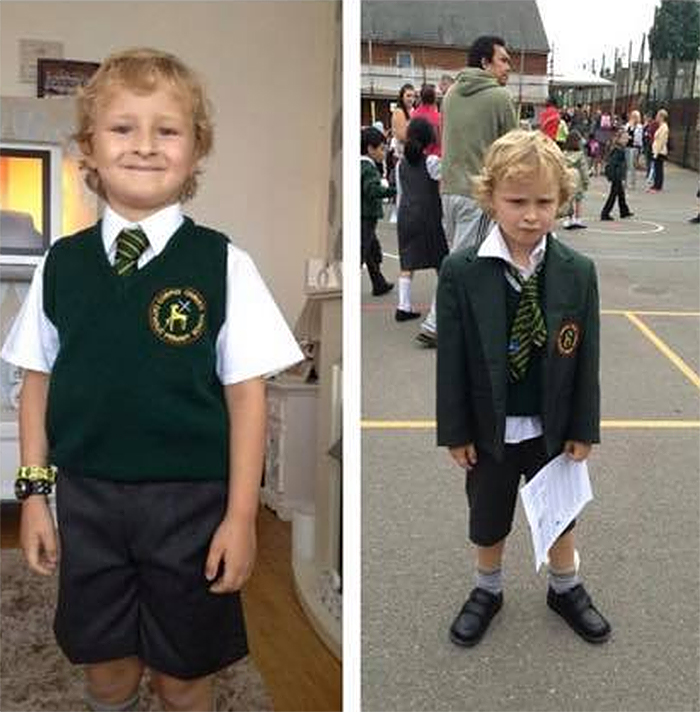 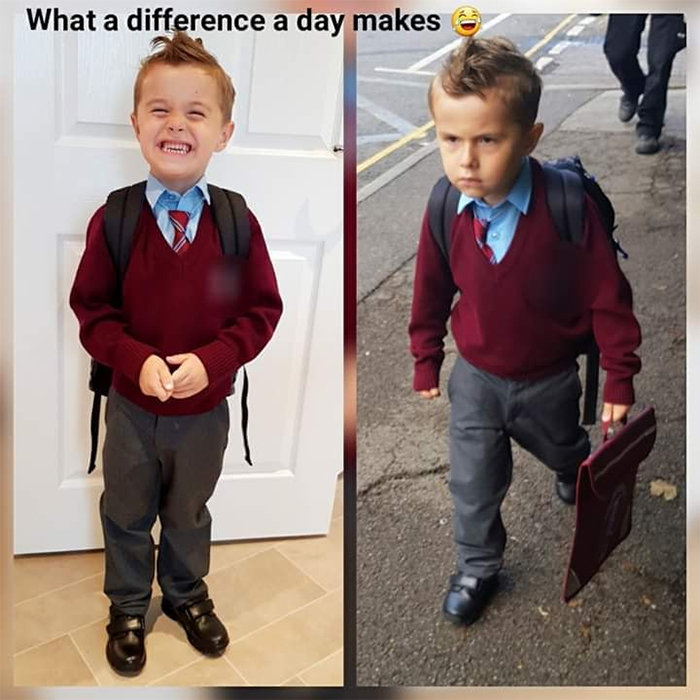 “This Was My Daughter First Day Of Reception” 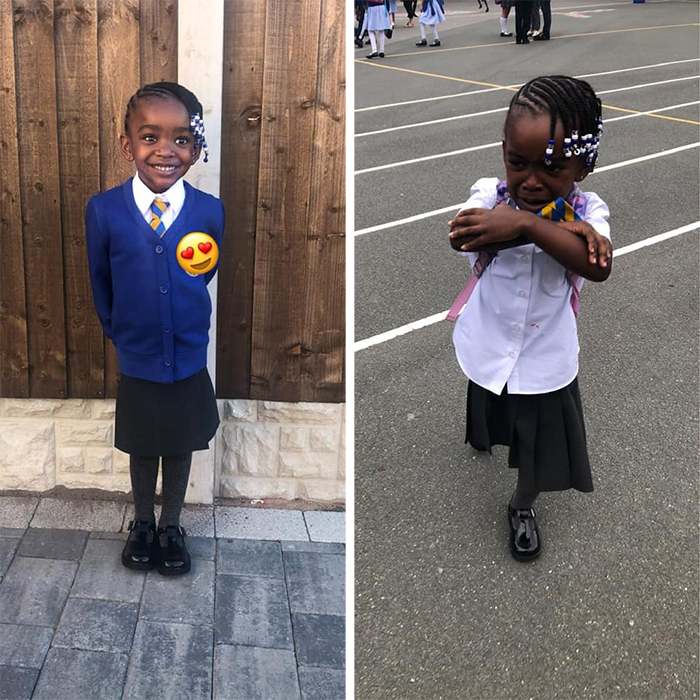 “You Can’t See In The Second Photo But His Trousers Were COVERED In Yogurt. He Was Pleased That It Hadn’t Hit Him In The Face Like Everyone Else” 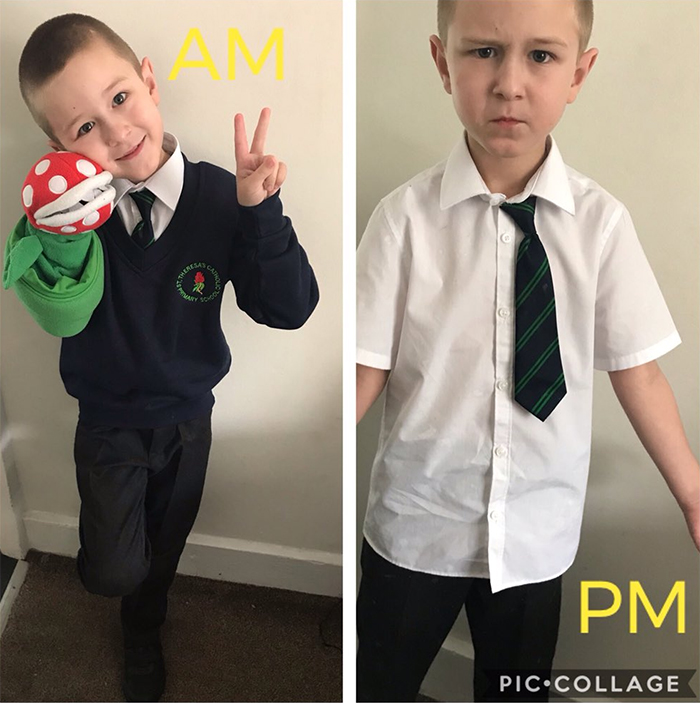 “Was A Rough 1st Day Of Kindergarten!!” 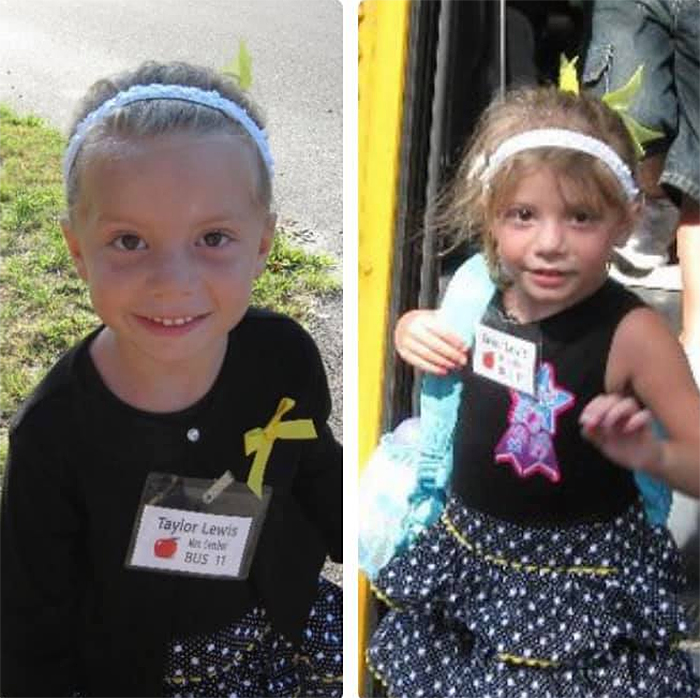 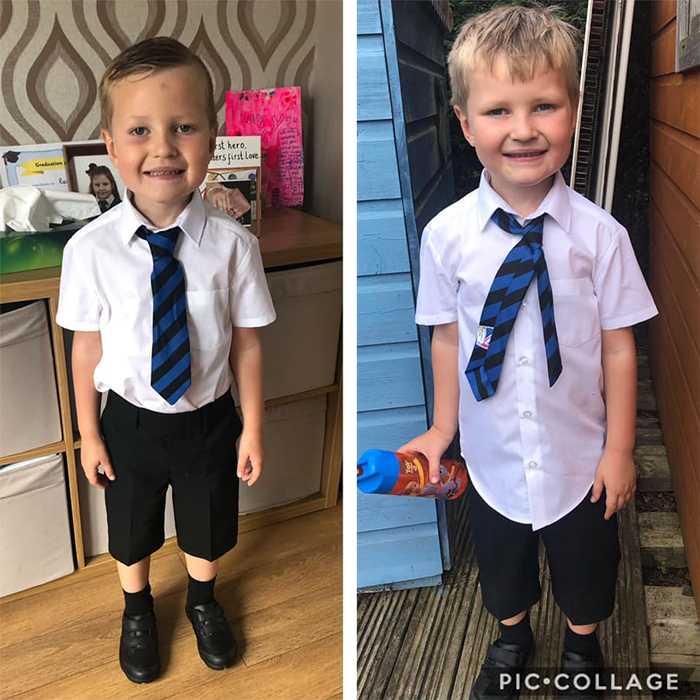