It seems that the small, wise and powerful Yoda is one of the most popular characters in the Star Wars universe. If you’re a fan of the 900-year-old Jedi master, then you need to see these Baby Yoda memes. Fans on social media have probably already seen some photos of the cute, young, Yoda. So, what’s been happening online? Why is the Jedi master stealing the spotlight once again?

Who is Baby Yoda?

People first saw the adorable little character when it appeared on Disney+’s The Mandalorian. This is a new TV series set in the Star Wars universe. The show follows the adventure of a bounty hunter as he takes on a mission beyond the reaches of the New Republic. During the closing moments of the series premiere, a tiny new character, similar to Master Yoda made its debut. And, viewers instantly fell in love with him because his so adorable. As a result, these memes were born and people are going nuts. 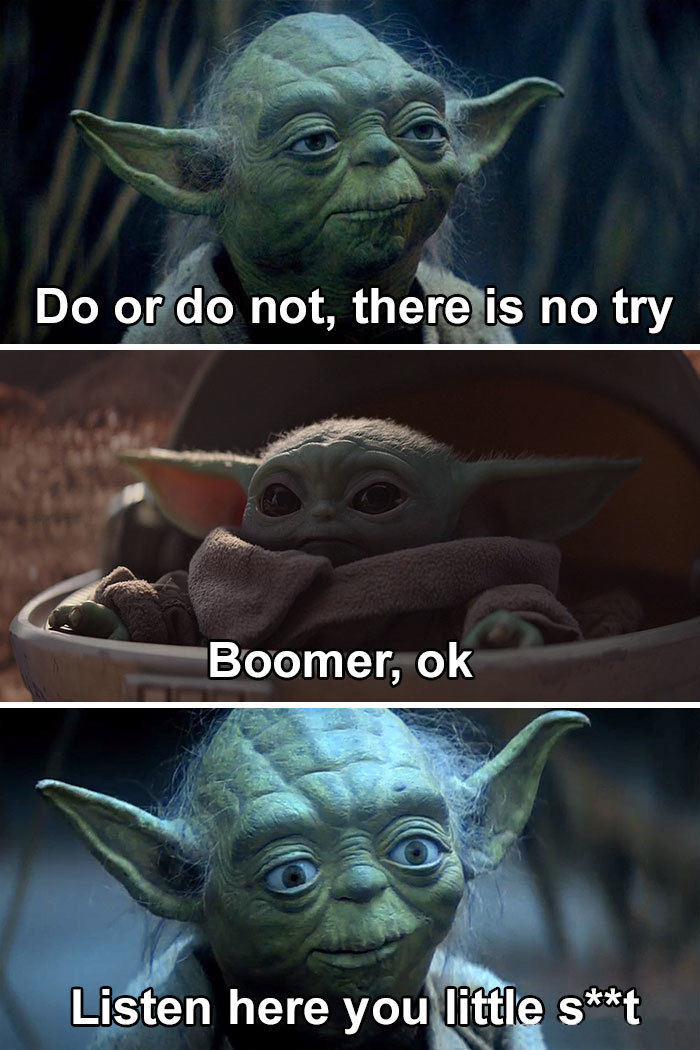 Is The Character Actually Yoda?

It’s important to point out that the character in the memes isn’t Yoda. Actually, it’s a baby belonging to the same species which, up until now, is still a mystery. Likewise, their home world also remains unknown. However, we do know that Yoda has been residing on planet Dagobah his entire life. When the cute little green character appeared on Disney+’s new show, people began calling him ‘Baby Yoda’. While, in the show, he was referred to as ‘The Child’. Despite the name, people also got their minds blown when they learned that he is actually 50 years old. However, Yoda’s species lives around 1,000 years. So, this is no surprise!

These Baby Yoda memes have become a huge hit.

The final episode of the 9-part Skywalker saga will hit the big screen soon. But, Yoda is making waves on the internet right now. Due to this, we’ve collected the funniest memes and these will give you a good chuckle. Prepare for a cuteness overload.

Take A Look At Some Of The Best Memes

Cutest Disney princess I am. pic.twitter.com/phlXLePjkU

Us: Porgs are the cutest thing in Star Wars EVER. #BabyYoda: My beer you hold. pic.twitter.com/w4aiwG9iOI

Paul Rudd and Baby Yoda are both 50 years old pic.twitter.com/2c2rEsaMJq

I was raised by a single father and this makes me happy. My dad is my hero.

Baby yoda is the cutest. from r/wholesomememes

“You keep smiling at your phone, what are you looking at?”

This Is Another Funny Baby Yoda Meme

I want to look this good when I turn 50. #TheMandalorian #BabyYoda pic.twitter.com/TZ0ErJ5EEG

Me everytime i see #babyyoda doing anything pic.twitter.com/hpUC9wXKdO

Meme I have become. POWERFUL meme I am. pic.twitter.com/DlFq9aRxlq

Strong in the cuteness, I am. #BabyYoda pic.twitter.com/O7bSLDUHYA

can not bELIEVE that it took one green 50 year old baby to unite the entire star wars fandom for one cause pic.twitter.com/gY445S08Ir

We love this meme!

look i know this baby yoda is just another way to sell toys or whatever but i love him so much look at him being tiny with his wrinkles like whats he doin whats his purpose why is he so cute pic.twitter.com/evXHRwpDVX

Says to wife: “We need Disney Plus.” pic.twitter.com/WGHXpqvw3C

A surprise to be sure….. from r/PrequelMemes

Renamed The Mandalorian has been. pic.twitter.com/cLU7xVsibM

Me: Star Wars has really lost its magic for me
Also me: I CAN, WILL, AND SHOULD DIE FOR #BabyYoda pic.twitter.com/ieSNwaf9bV

me before mandalorian ep 2: yeah I like Star Wars

me after mandalorian ep 2: I’d die for u #BabyYoda pic.twitter.com/sBLkvX4O6y 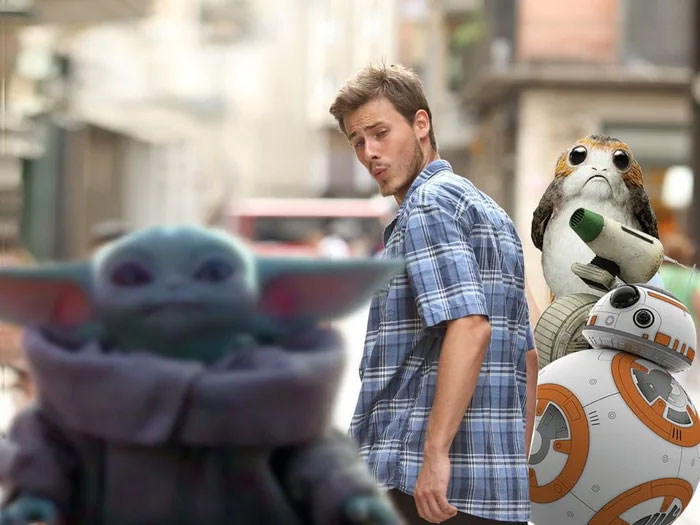 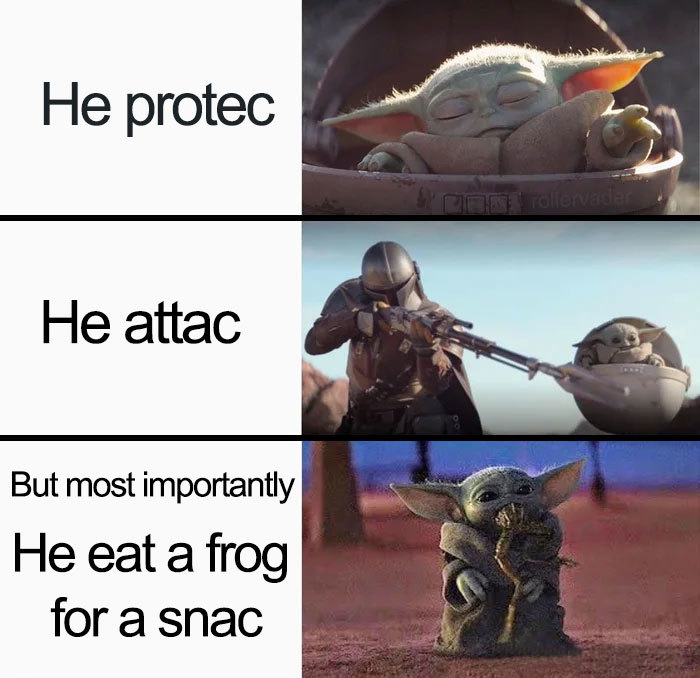 Finally, which one of these was your favorite meme?