Prepare to handle all the nostalgic feels as we bring you this great news that will surely bring your childhood back. Ice cream brand Good Humor is bringing back the WWE Ice Cream Bars after discontinuing production for almost a decade. The popular frozen snack was first introduced in 1987. They came in the form of bars on a stick featuring a crisp cookie with imprinted WWE stars on it. The cookie comes on top of a vanilla ice cream which was coated with chocolate at the back. It was called WWF Superstars of Wrestling Bars and the frozen treat became an instant hit among kids and wrestling fans alike.

The 1987 WWF Superstars of Wrestling Bars featured wrestling stars of that era including Hulk Hogan, Steve Austin, Jim Duggan, Junkyard Dog, Bret Hart, and more. Unfortunately, Good Humor decided to discontinue the snack in 2008 and the popular treats eventually disappeared from the shelves. In 2011, rumors about the product’s return ignited when CM Punk demanded the return of the WWE Ice Cream Bars as part of his contract renewal.

The WWF Superstars of Wrestling Bars was introduced in 1987

As it turns out, CM Punk’s demand did not go for naught after all. Although it took Good Humor almost 10 years before paying heed to CM Punk’s demand. Well, it’s not just CM Punk but also from all of us who have been praying for the big return. And the long wait is finally over. Good Humor officially brings back the WWE Ice Cream Bars. 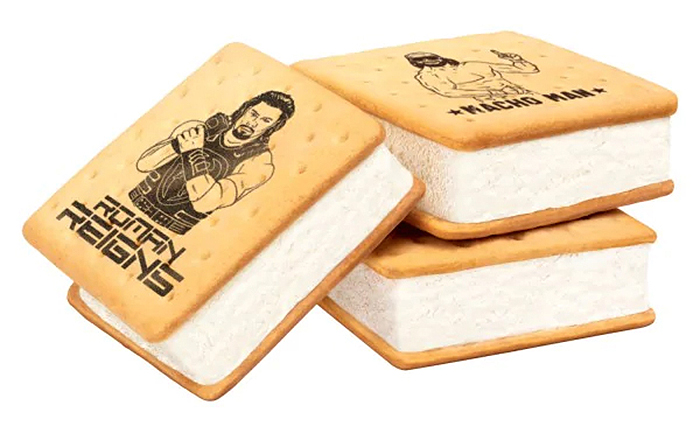 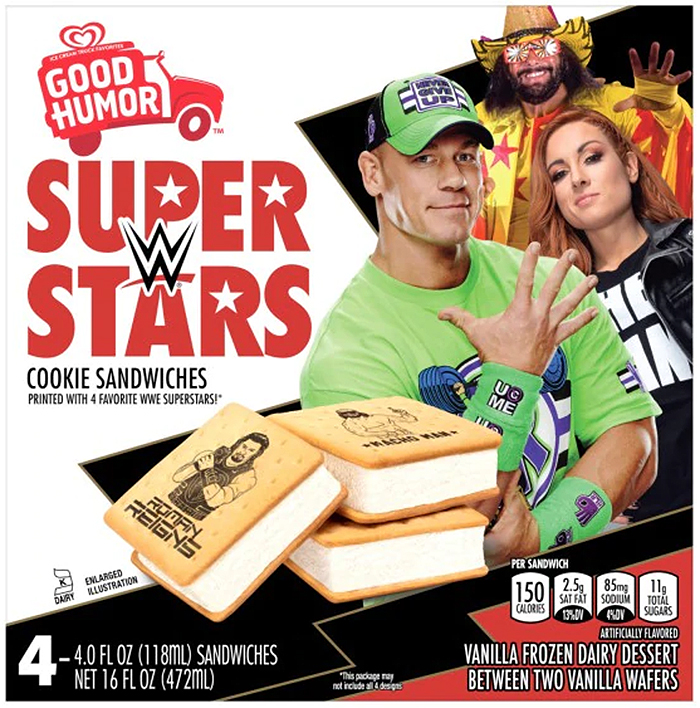 The returning WWE Ice Cream Bars will be ditching the stick, making them simply as ice cream sandwiches. There won’t also be any chocolate coating as the thick, vanilla ice cream comes in between two crisp cookies. Of course, we’ll be seeing our favorite WWE superstars imprinted on the cookies. It includes John Cena, Randy Savage, Roman Reigns, and Becky Lynch. You can find the WWE Ice Cream Bars at your local supermarket. The great news got everyone so excited, one commenter wrote:

“It’s about time. It only took WWE and Good Humor 9 years… 9 YEARS TO BRING THEM BACK! Well, not the bars but this might be good too. This is the new symbol for the straight edge society. It’s clobbering time for some ice cream sandwiches!”