Feeling too hot while in your sleep? Then, check out this cooling weighted blanket called BlanQuil Chill. Have you gotten yourself a weighted blanket? You could be surprised that once you’ve gotten so used to it, you might not be able to sleep without it! Eventually, you’ll realize that the weight of the blanket actually helps you fall asleep. In a way, the sheet helps you to stay still while in bed, keeping you from turning and tossing yourself. Miraculously, it can also aid you by reducing the nights in which you like awake because of anxiety.

And yet, you could still be worried if in case not everyone would be able to find it suitable for themselves. Depending on your sensitivity, it could feel too hot or too heavy. So, it’s not that recommendable for people who get roast in their sleep! But, thanks to BlanQuil — they’re selling a new cooling blanket! 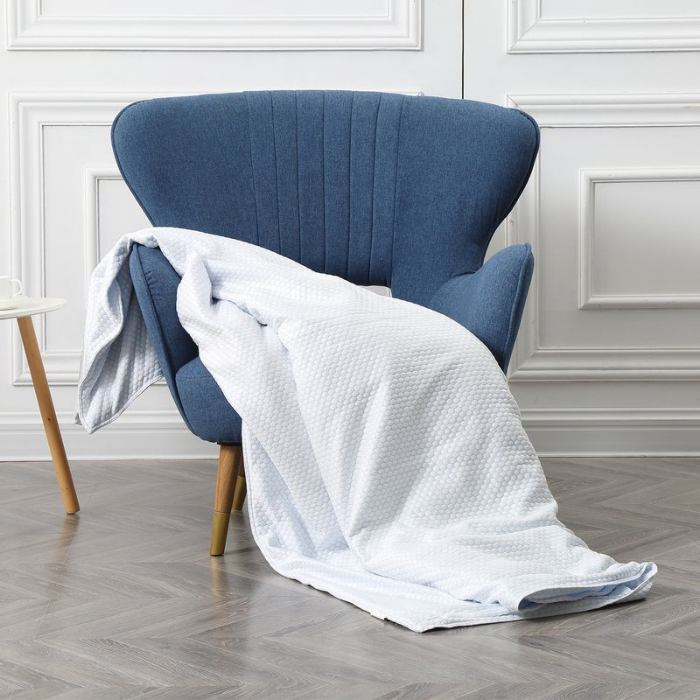 BlanQuil Chill is a cooling weighted blanket that has a unique way of absorbing body heat. Made with a special fabric, the BlanQuil Chill doesn’t let moisture wrap you up! So, it’s excellent for those who feel really hot or sweat out a lot while sleeping. We know that’s a problem for many of us, so we’ve decided to share this remarkable invention to you!

And, quite not surprisingly, the BlanqQuil Chill felt not as heavy as the regular BlanQuil. You could try the 15-lb version of both types, and you’ll see that both can help you sleep quite soundly each night. And yet, you might notice a bit of a difference with the cooling blanket. 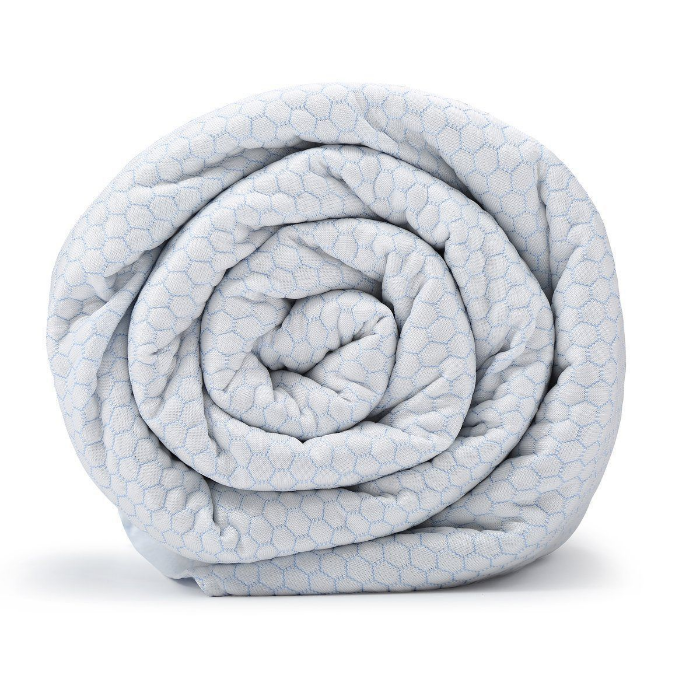 First of all, it feels cool even in your hand.

Could you recall that awesome feeling when you try to reach for the other side of your pillow and feel how cool it is? It’s delightful, isn’t it? Well, that’s how you’ll feel about the BlanQuil Chill — and that’s why it’s called “Chill” in the first place! 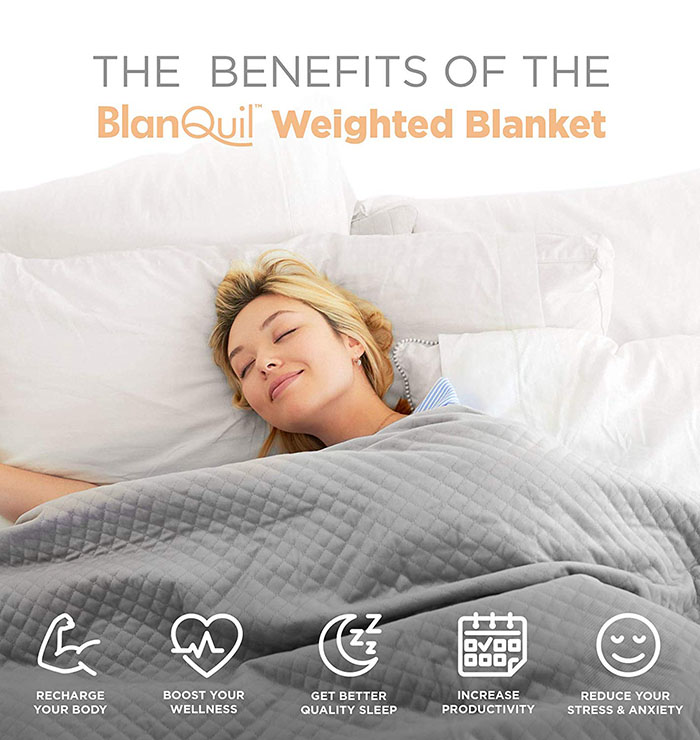 The BlanQuil Chill doesn’t keep its cool all night though.

Eventually, you’ll feel the Chill warming up like a pillow would. It does stay cold but only for about 15 to 20 minutes. That’s when you’re going through the process of falling asleep and just before it tries to regulate your body temperature. Nonetheless, you might not even notice it warming up — since you could just pass out before you even know it! 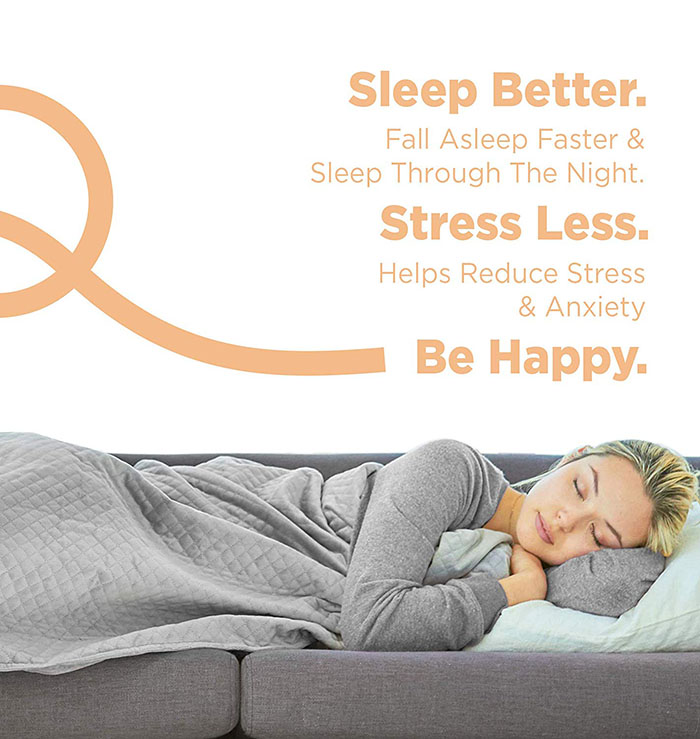 This cooling weighted blanket can slide off without you knowing!

Yep, that would probably be this blanket’s only downside. While you’re sleeping, this pretty silky Chill could slip off of you. It doesn’t have a velvet-like texture (unlike its regular BlanQuil counterpart). So, you could literally be worried about moving around while you sleep. The blanket might fall! Well, in fairness, things like this happen not too frequently — like only when you’re too restless!

And yet, the blanket being this slippery could actually be an advantage. If you’re really a hot sleeper, then you probably don’t want to feel something heavy on top of yourself each night. Because of the Chill’s texture, you might feel that it’s somewhat lighter than the regular BlanQuil. Eventually, you’ll find the BlanQuil Chill easy to kick off in case you want to wake up or take a break from your nap. 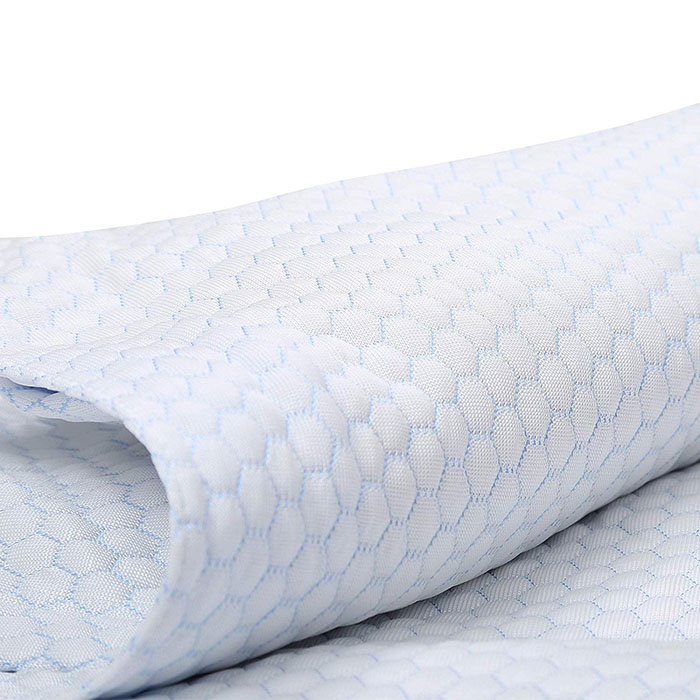 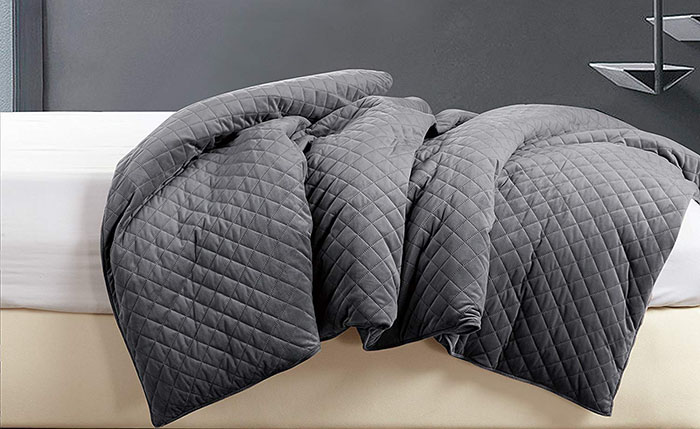 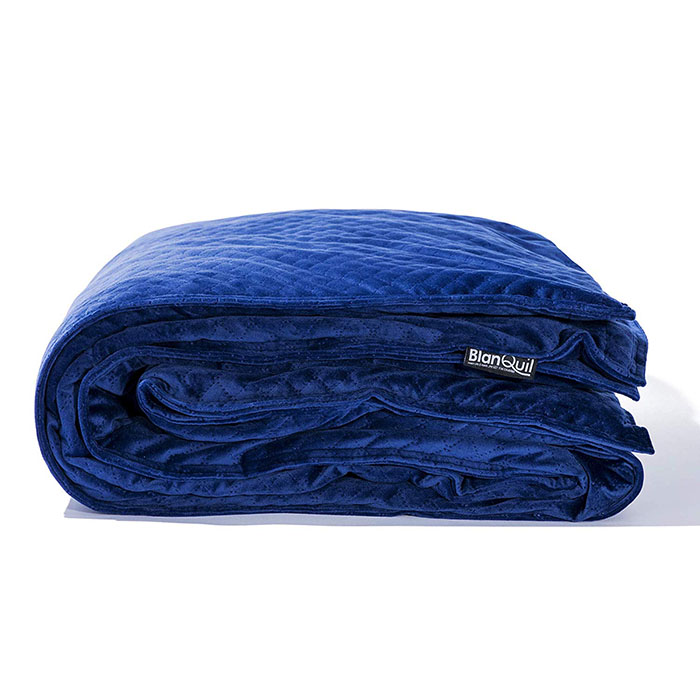 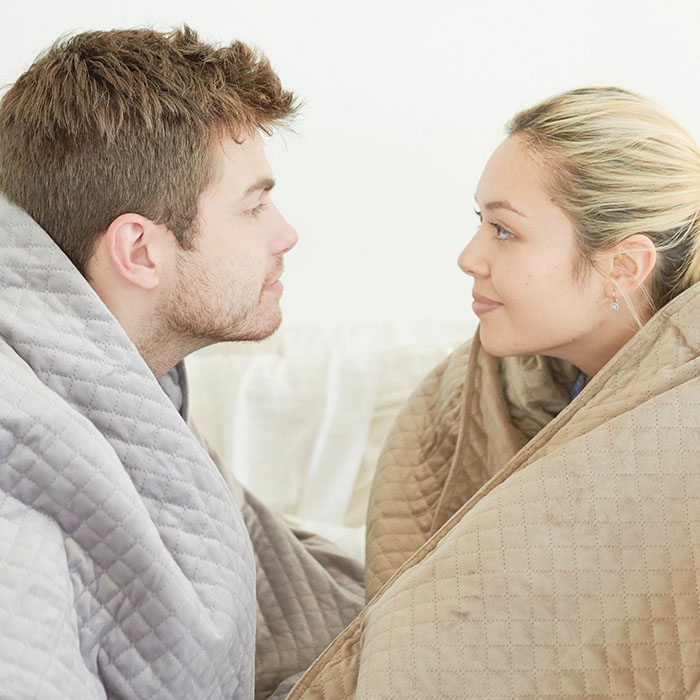 Worried about spills? Not anymore with this blanket.

You’ll find it helpful to know that this BlanQuil Chill has a cover that’s removable! Also, it’s machine washable. Got something spilled on it? No problem. No sweat, even. Because, of course, it’s a cool blanket, right?

Get your blanket here. 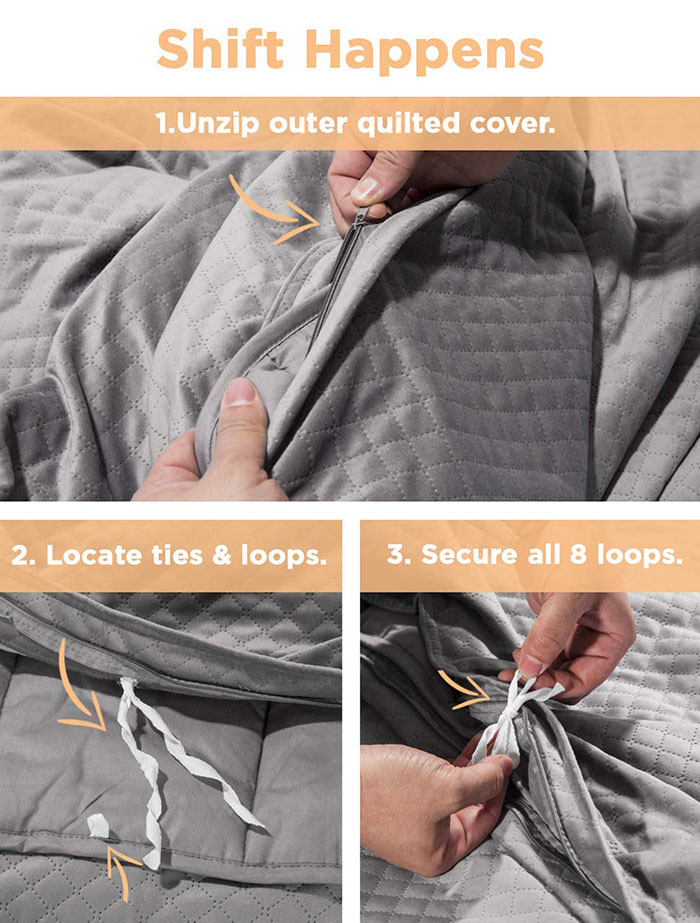