For creative artists, a canvas may not be enough to express their limitless imagination. The entire world is their canvas and they can cleverly turn almost anything into works of art. Moscow-based artist and illustrator Nikita Golubev have explored a number of mediums such as painting, sketches, and digital arts. Living right in the capital city of Russia, he was surrounded by skyscrapers and of course, loads of vehicles. Despite the lack of natural landscapes to inspire his artistry, the bustling city never comes short of providing him with unconventional medium. Moscow has a lot of dirty cars parked everywhere. And guess what he did? Using the layers of dust and dirt, he creates spectacular images on the surface, transforming dirty cars into awe-inspiring works of art. 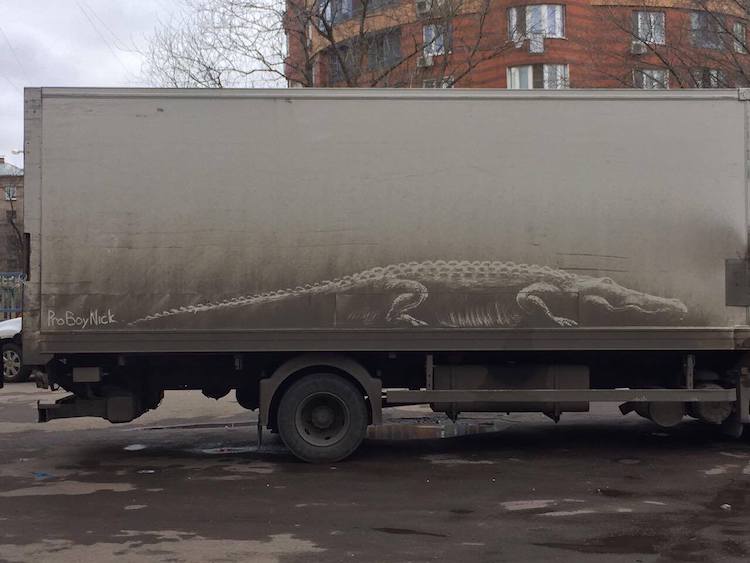 Whenever Golubev finds a dusty car, he can’t help but unleash his creativity. He creates impressive images of animals, flowers, people, and fictional characters by using dirt and filth as pigments. Due to his unusual choice of canvas, his dirty car art has been recognized on social media. His Instagram page @proboynick already has more than 83,000 followers. So, if you’re living in Moscow, you better not wash your car. Golubev may stumble upon your car and turn it into an astonishing artwork. And when it does, you may even not want to wash your car ever again.

Nikita Golubev (aka ProBoyNick) finger-paints dirty cars, transforming them into works of art 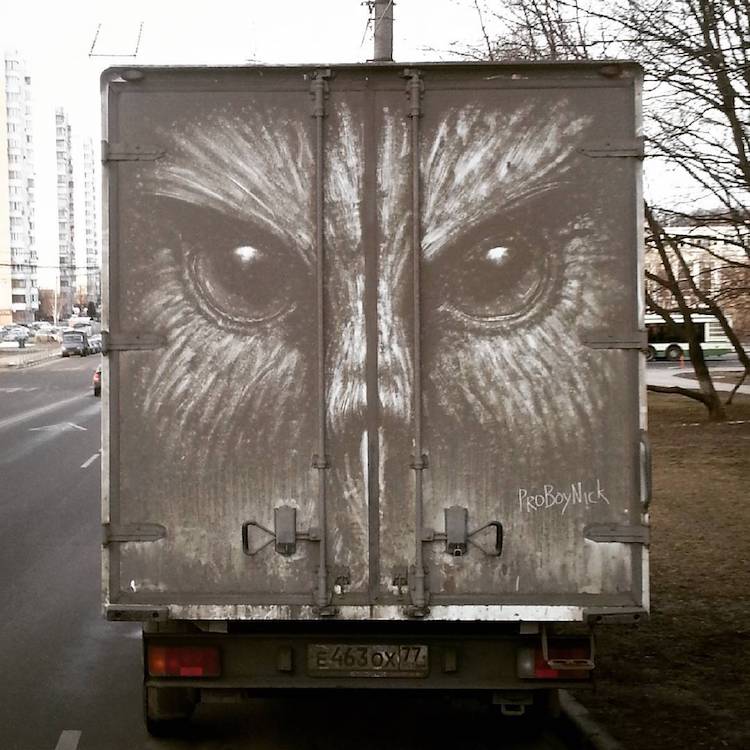 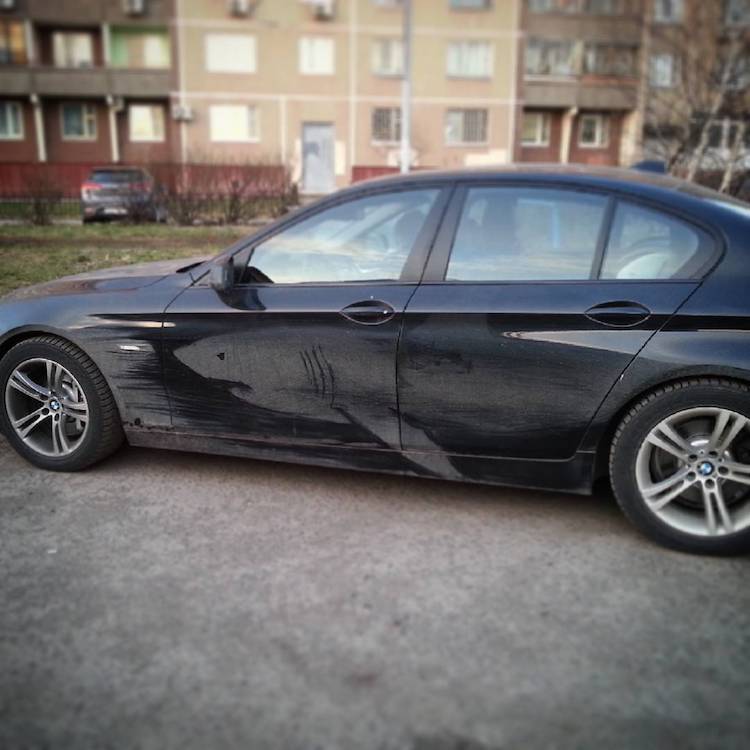 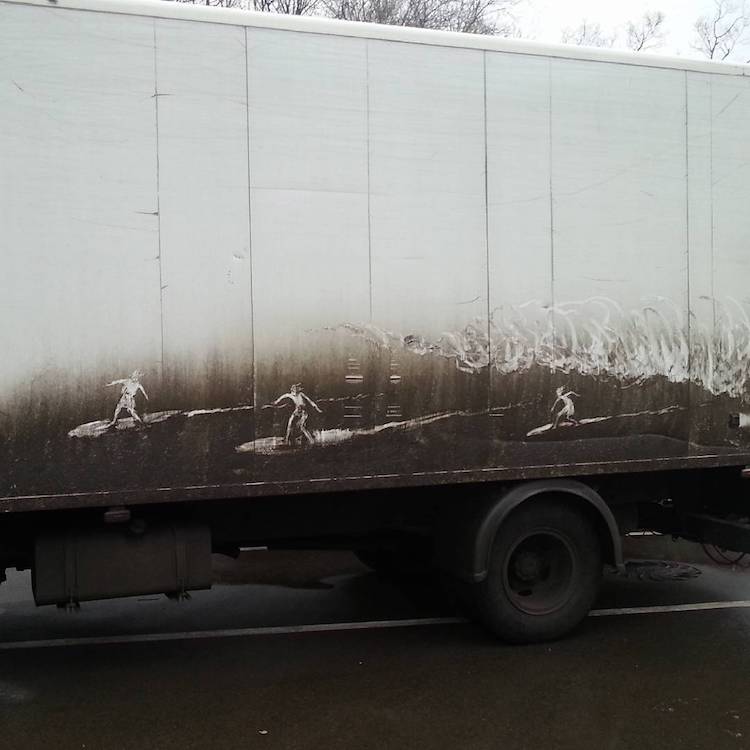 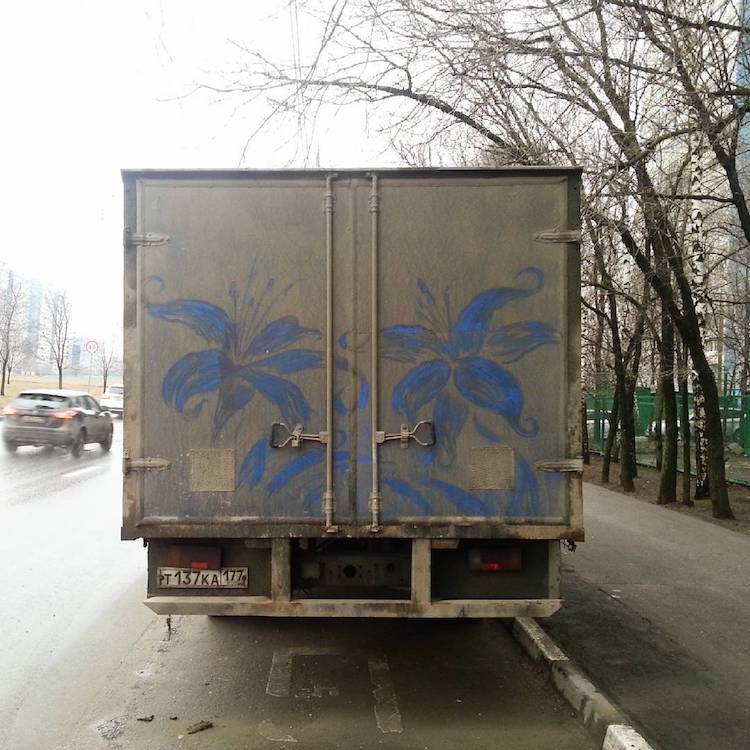 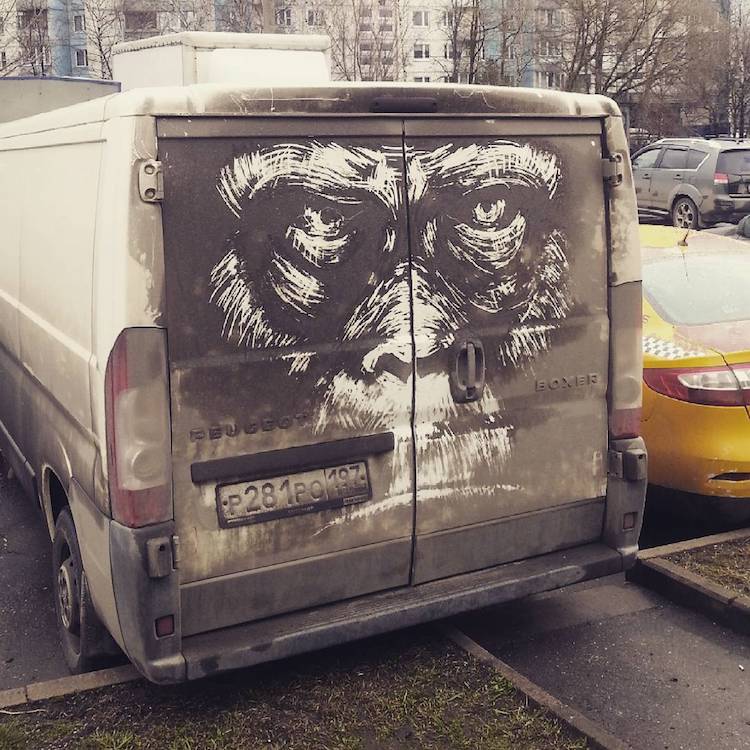 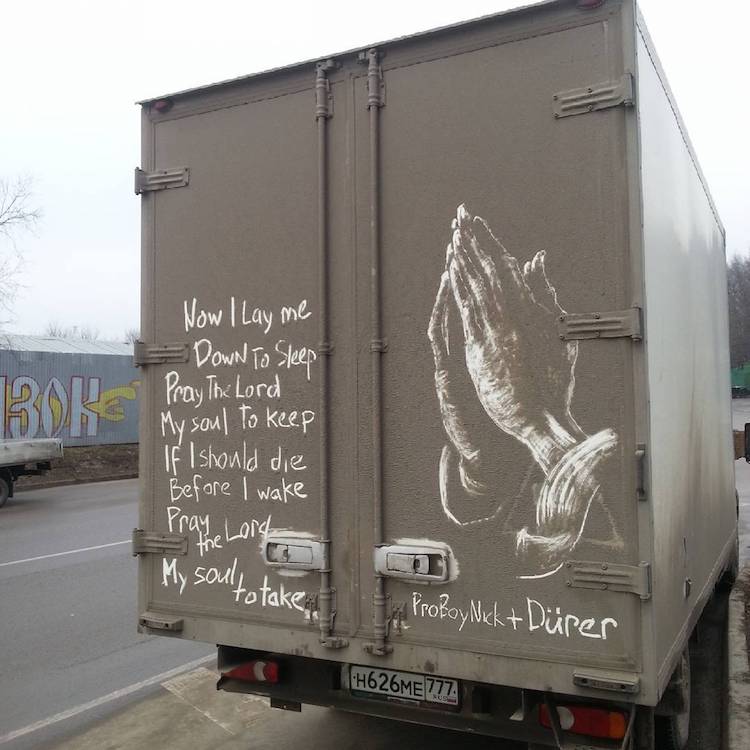 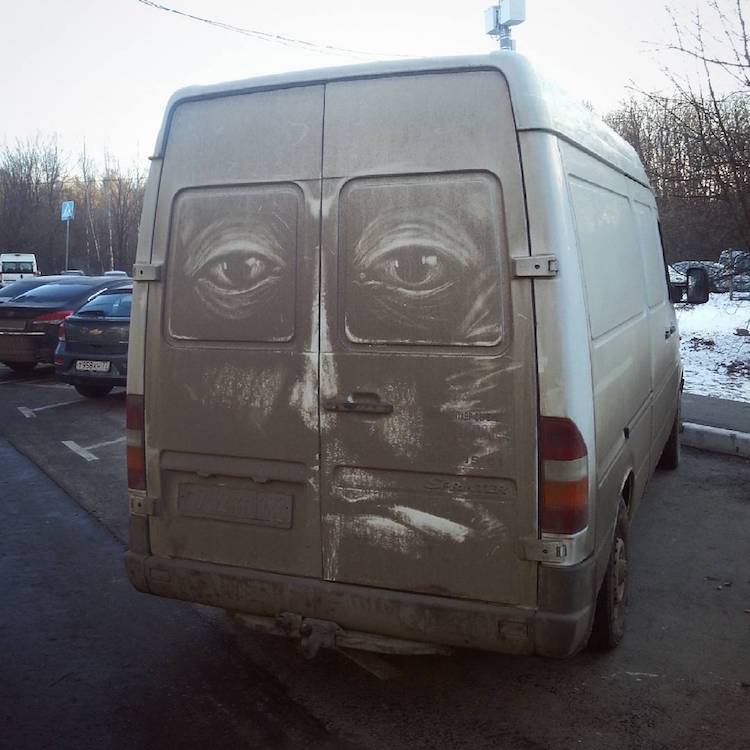 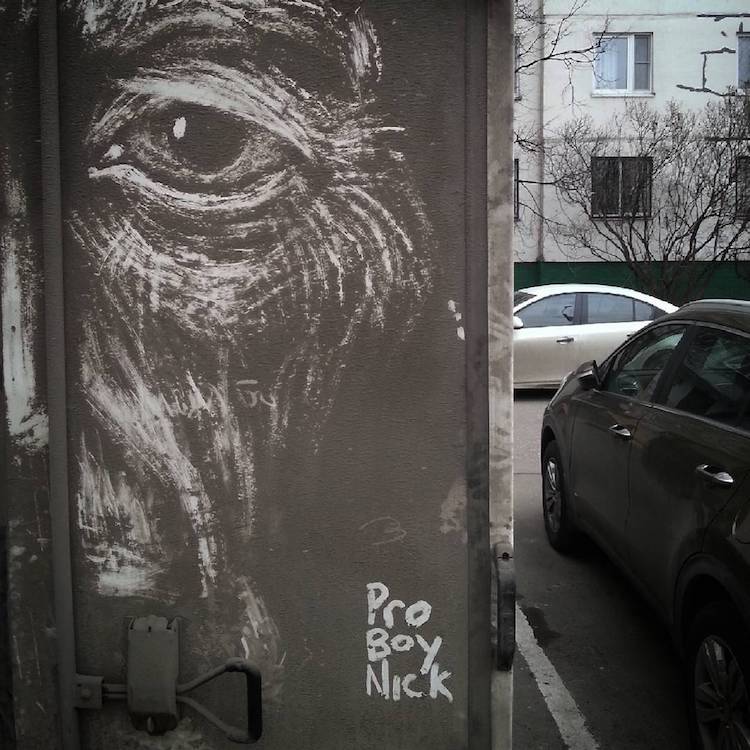 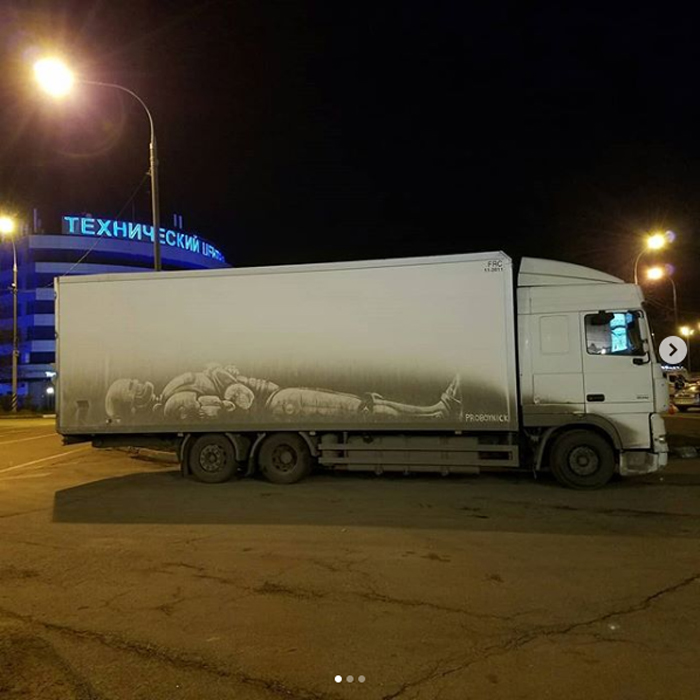 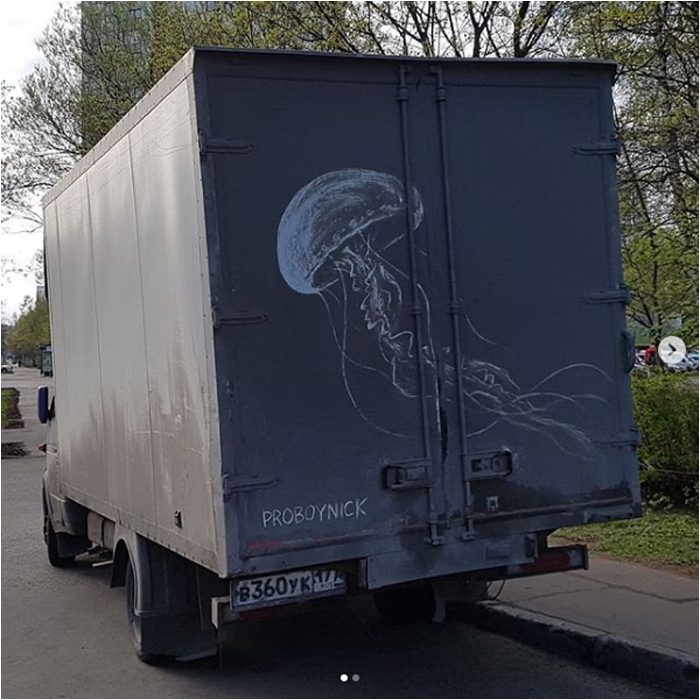 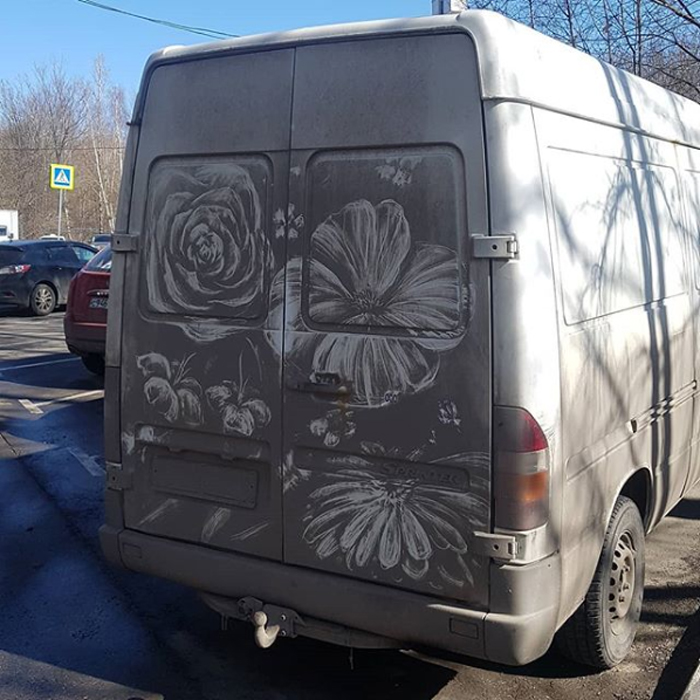 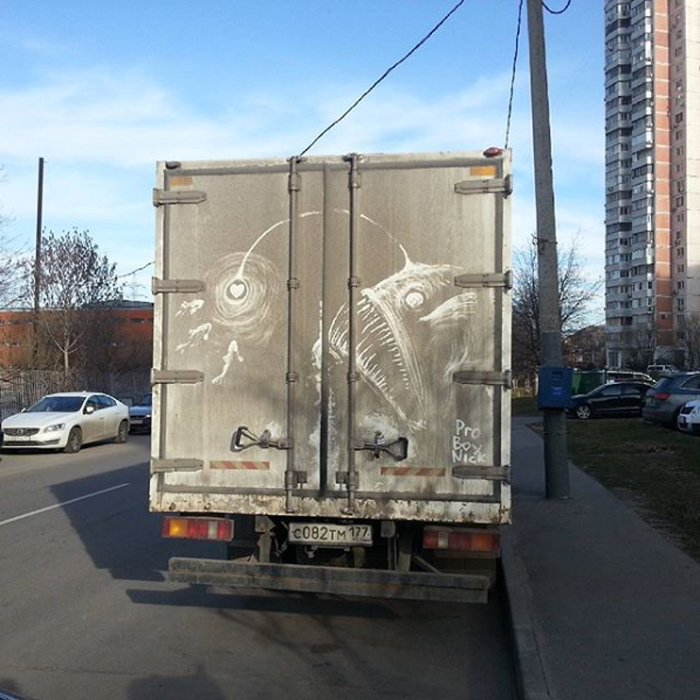