Would you be willing to sacrifice everything for the one you love? Some people might be quick to say they would do anything for love. But what if it involves giving up your beloved cat or dog? Would you give up your beloved pet if the love of your life asks you to do so? Getting stuck into this tight situation would force anyone to make a crucial decision. But this particular circumstance actually happened to a 22-year-old man who goes by name u/throwRA78wdhsg on Reddit.

On a lengthy Reddit post, the guy shared his predicament when his girlfriend for 7 months, an extreme vegan, demanded that he get rid of his cat. At first, he didn’t have any issue with veganism and he even decided to transit from being a pescatarian to vegan just to conform to his GF’s ideals. However, problems began to arise when his GF started to show disfavor of his feline friend. According to him, his vegan girlfriend deemed that owning an animal that eats meat is a violation of vegan principles. And so he has to choose between his girlfriend and his furry companion.

The Redditor didn’t expect that his post would blow up overnight. It instantly garnered over 7,000 comments, drawing different reactions from his fellow Redditors. Apparently, most people advised him to not give up on his cat just because of someone’s ideology. Some vegans even condemned his GF’s take on owning a meat-eating pet. The Redditor also has to clarify that his GF’s views are not representative of the general ideology of vegan community.

After his post went viral, many people were interested to know what happened next. Did he give away his cat  for his GF or did he break up with the girl? Days later, the Redditor posted an update to the story, narrating how everything transpired from where he left off. The continuation of the story is as follows:

Here’s what people have to say about this whole situation 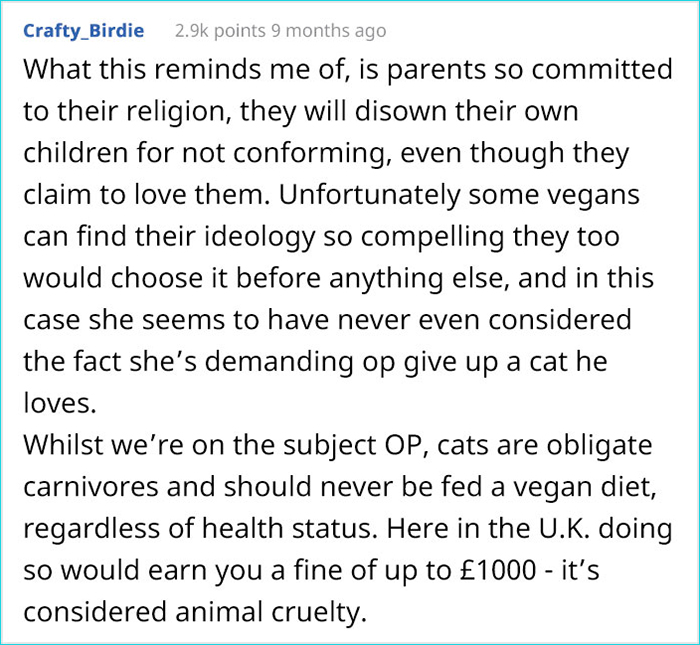 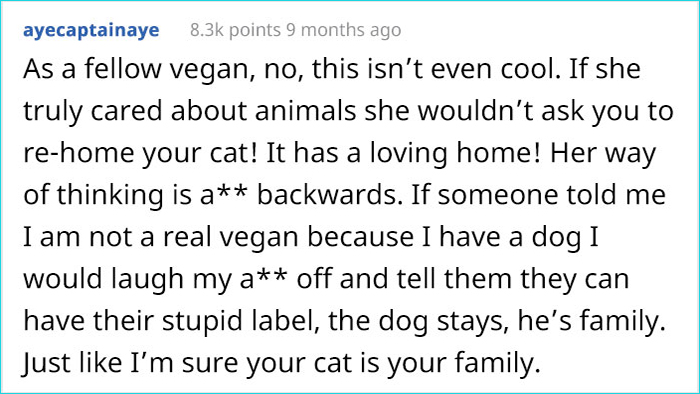 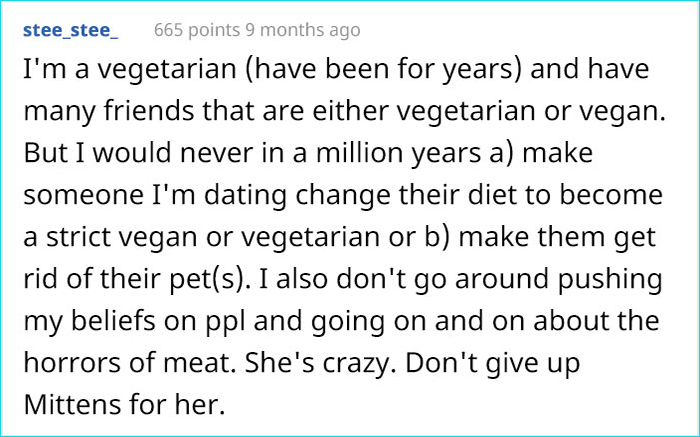 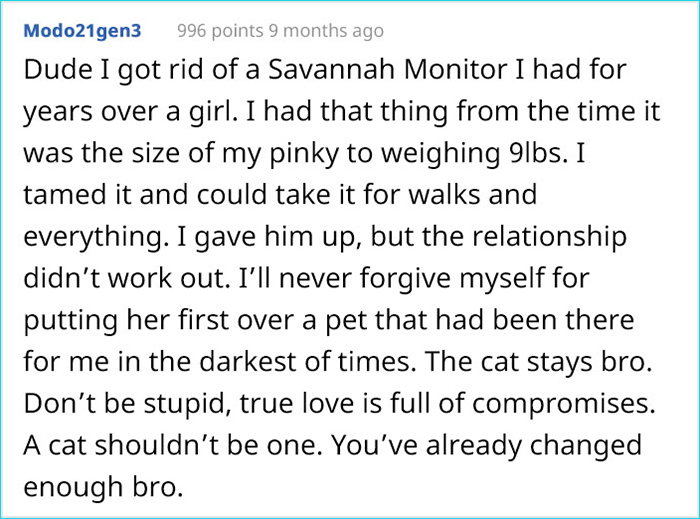