If you’re looking for a unique idea for your next Halloween costume then you might want to take a look at this UFO Costume. So much has happened this year as people are still trying to fit in the ‘new normal’. However, there are some things that even the scariest pandemic cannot faze. Despite the global pandemic, people are still looking forward to celebrating the spooky season.

Since most of us have nothing else left to do, we might as well design our Halloween costume now. That is, if you want to have the ‘Best Halloween Costume’ award in the bag. If you’re really serious about winning it all, you might want to forget about vampire or zombie costumes. Because seriously, going for the typical idea just don’t work anymore. If you’re at loss for ideas then this alien costume might give you a hint. This is not just an ordinary alien-inspired outfit. But more amazingly, it is designed to make it look like the wearer is being abducted by an alien. 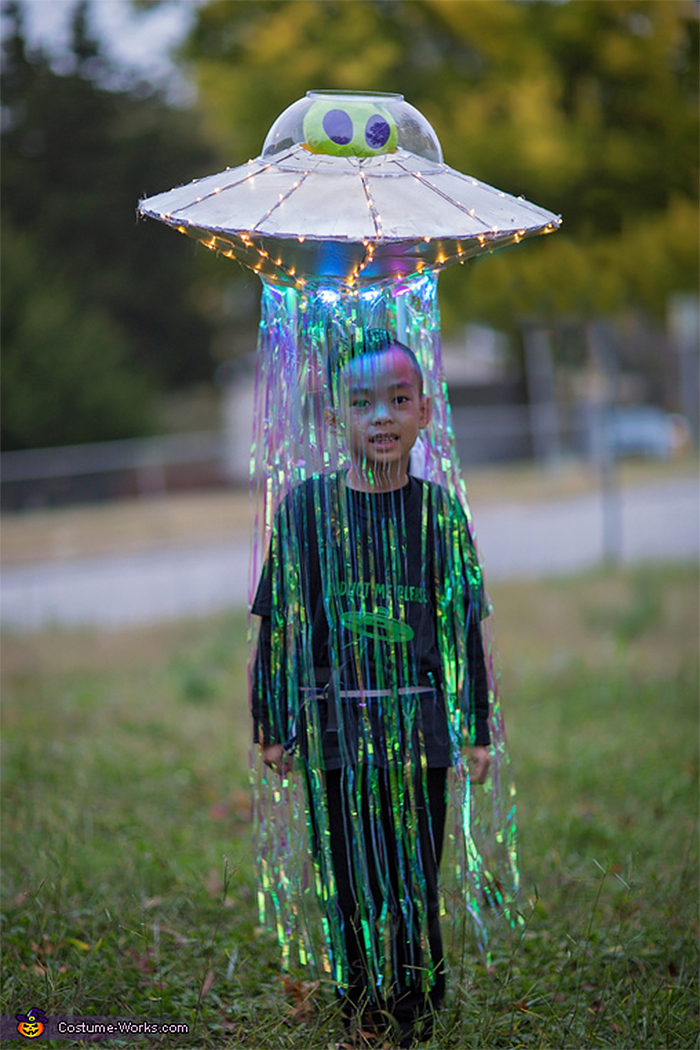 The ingenious costume was made by a mother named Duong for her son Milo. Her son has started showing interest in aliens and Area 51 while watching YouTube videos. To get some ideas, she looked through Pinterest and found one in the form of a UFO that looks like it is abducting the person wearing it. When she showed it to her son, he excitedly told her that he wanted that costume for Halloween. 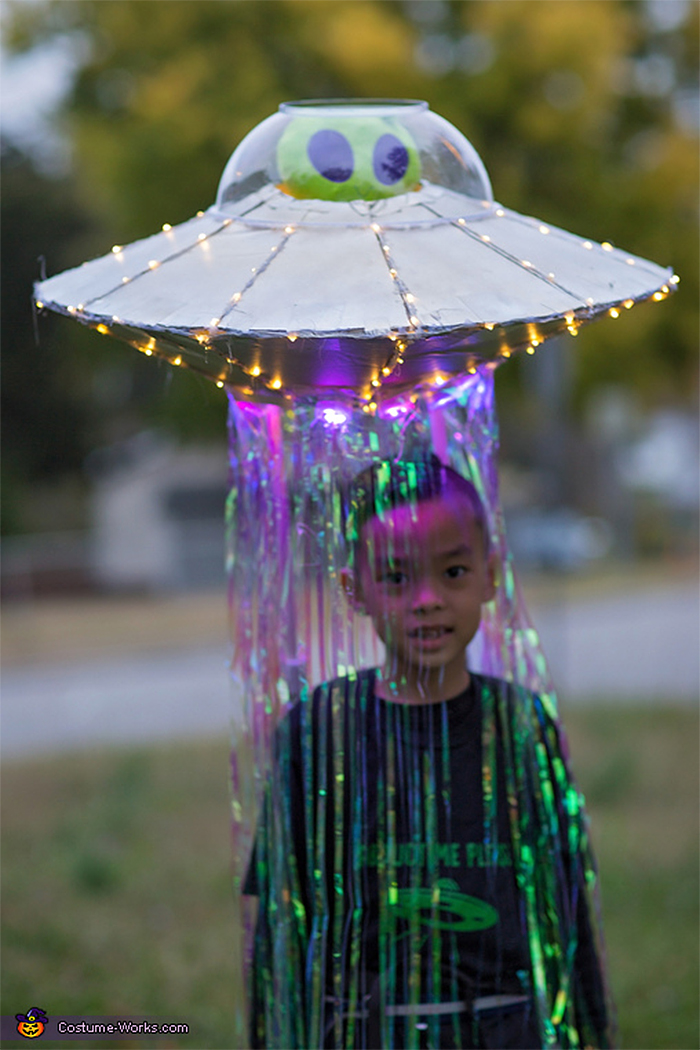 The creative mom used 8 pieces of foam boards to create the UFO that seems to be hovering above the wearer’s head. The flying saucer comes complete with a green alien peeking from the top. She used a big, clear bowl for the saucer’s roof and added some fairy lights around the saucer’s body. The bottom of the saucer is lined with circular lights then she added iridescent streamers under the circular lights to make them look like rays. The entire costume is being held up by a box which is then placed in a book bag. Milo has to wear the book bag to keep the flying saucer above his head while he’s inside the streamers. 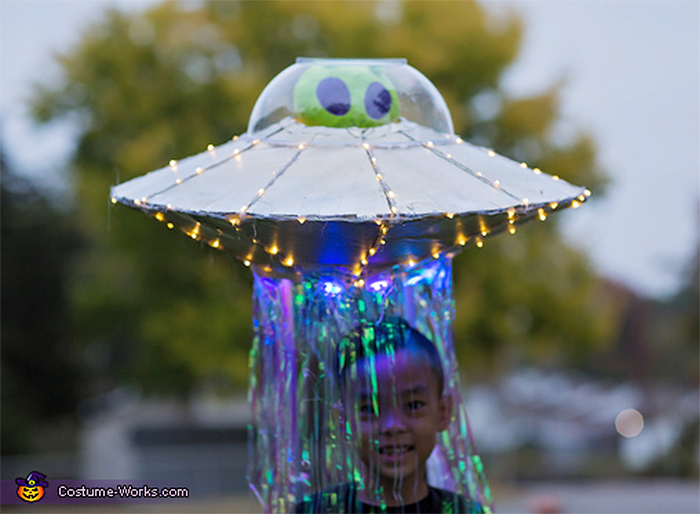 With the lights on, the homemade costume looks as if Milo is being abducted by an alien. Duong revealed that the Halloween outfit was a hit at trick-or-treat. In fact, it won the ‘Best Costume’ award at the 2019 Halloween Costume Contest by Costume Works.

“Milo was super excited about it. All through the night, people kept asking to take pictures of the costume and complimenting. Milo was super proud of his bright costume.”, Duong said. 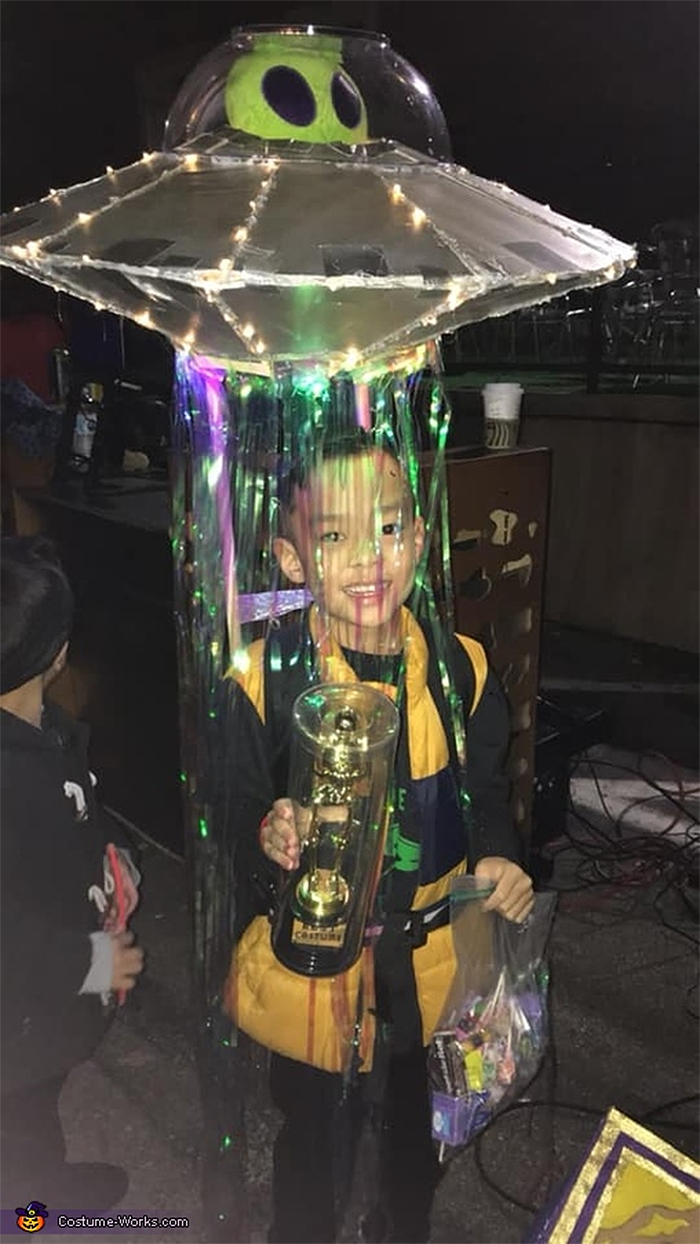 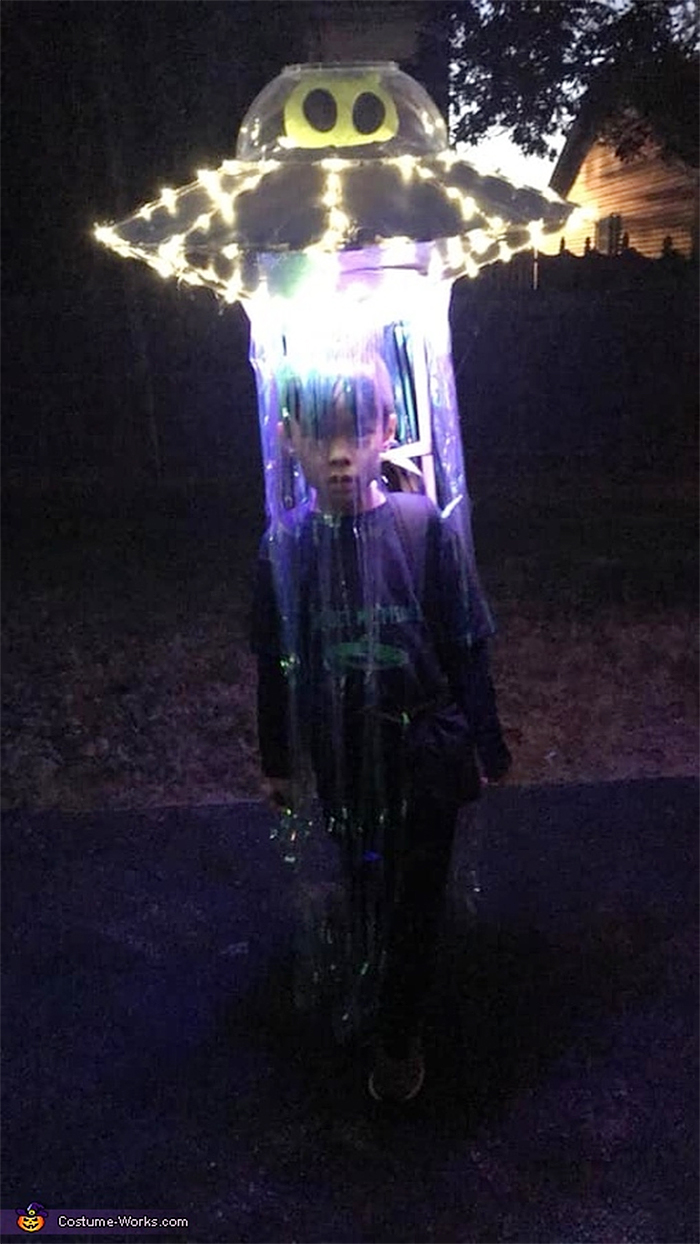