Bewitch your guests and terrify them at the same time with this giant inflatable Ursula. Animated Disney films play a big part of our childhood. As a kid, we had our own favorite Disney heroes or princesses who we aspire to be. And it also goes without saying that we also had that one Disney villain who has terrorized our childhood. Indeed, evil comes in many different forms. But for us who dearly adore Ariel from The Little Mermaid (1989), pure evil comes in the form of a half-woman half-octopus sea witch.

Relive the nostalgic horror this Halloween by placing this giant inflatable Ursula in your yard. It stands 6 feet tall which is sure to stand out and strike fear into the hearts of trick-or-treaters or passersby. Despite its enormous size, this Halloween yard décor is so easy to set up. It comes with stakes and tethers to help you set it up in place and firmly prop it up on the ground. Simply stake it down, plug it in, and let its built-in fan self-inflate the whole thing in seconds. 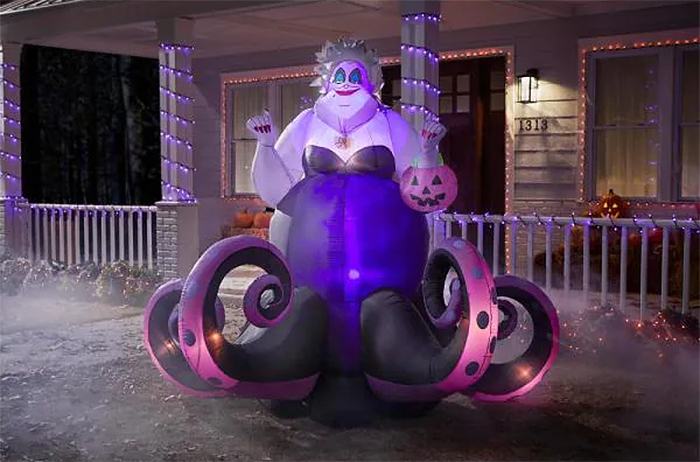 This giant inflatable Ursula features the morbidly obese octopod with light purple skin, short white hair, and six creepy tentacles. It’s exactly the same fearsome villain as we remember her in the movie. What’s more, this airblown outdoor décor has internal LED lights to create a dazzling night-time display. That’s not all, the tentacles also move up and down along with a realistic flame effect to mesmerize all passersby. And perhaps use her black magic to trick your guests to enter into a contract with her. 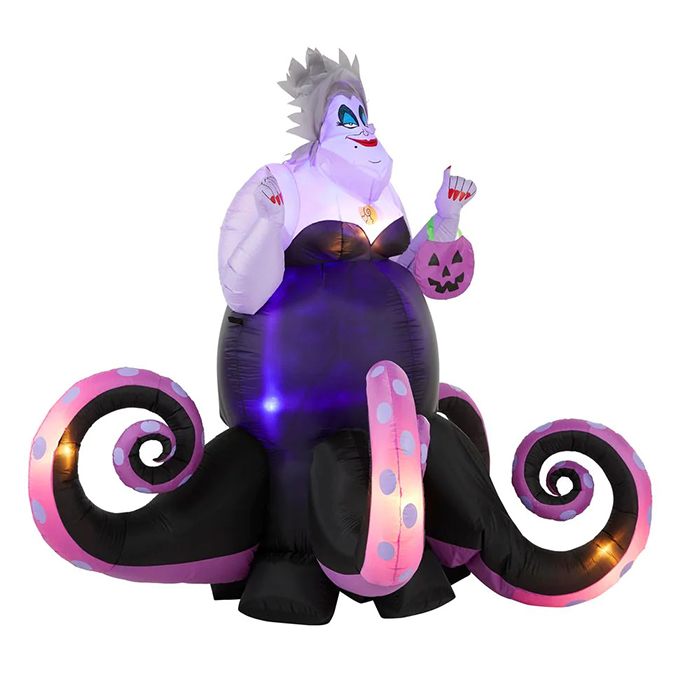 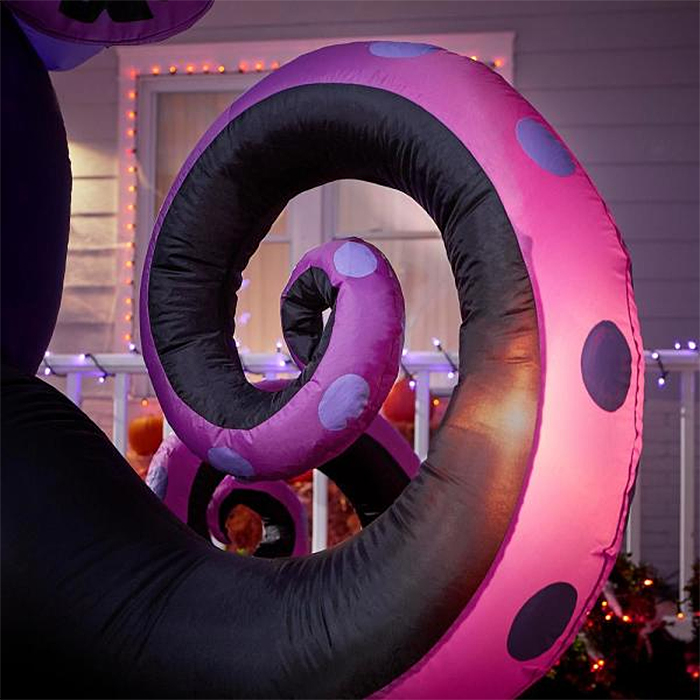 When fully inflated, this giant inflatable Ursula measures 6 feet tall and 5 feet wide. It is made of durable polyester that will hold up to the weather. As a bonus, the massive sea witch also features a jack-o-lantern purse in her hand to add a Halloween vibe into it. So yeah, we’re giving Atlantica a favor by letting this devilish sea creature stay on our yard for good. 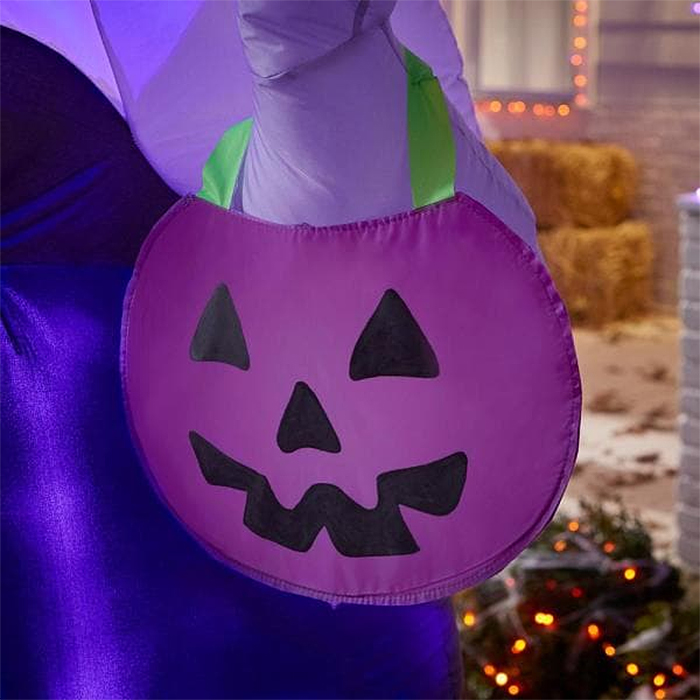 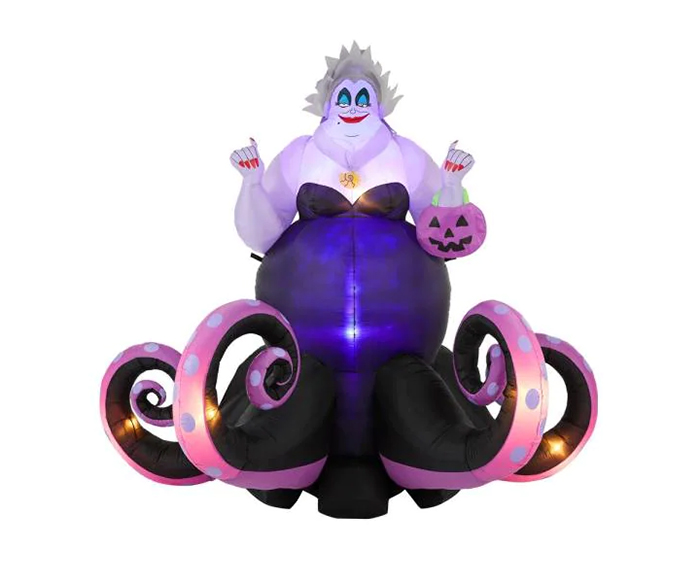