Home » Funny » People Are Sharing How Aliens Might Reconstruct Animals Based On Their Skulls Vs. What They Actually Look Like

People Are Sharing How Aliens Might Reconstruct Animals Based On Their Skulls Vs. What They Actually Look Like

Ever wonder how aliens would reconstruct common animals based only on their skulls? Facial reconstruction, which is mainly used in forensics, is the process of recreating the face based from skeletal remains. Obviously, facial reconstruction is a serious process. But the internet has the ability to turn serious things into amusing memes. Skull reconstruction memes have been one of the hottest trends on social media. These memes are actually not created by forensic scientists but rather photo-editors for comical purposes.

Since skull reconstruction memes became so popular, some people attempted to reimagine the process in the perspective of visitors from another planet. How would someone out-of-this-world recreate a creature based on its skeletal remains? That’s the question these people aim to answer. Of course, the results are out-of-this-world too. It’s like these extraterrestrial creatures came straight out of a sci-fi movie. 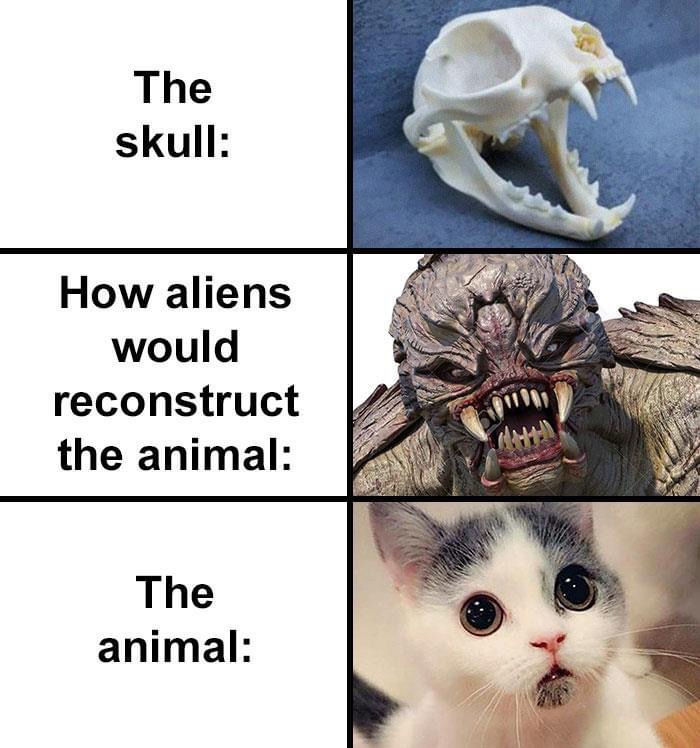 The skull reconstruction meme began in October 2019 when a photo of a medieval man made an appearance on Twitter. Skeletal remains of a man who was believed to have lived 600 years ago were found in Aberdeen. Researchers from the AOC Archaeology Group decided to reconstruct the skull to determine what the man’s face looked like. When the final photo went on Twitter, the internet lost their minds on how ‘weird-looking’ this medieval man was. And that, people, is how it all started. Now, the face of the medieval man pops up almost everywhere.

This meme was the inspiration behind this collection of photos showing how extraterrestrials would reconstruct common animals based on their skulls. We do feel sorry for the medieval man for becoming the center of ridicule in the modern age. But feel free to laugh at these skull reconstructions as these are funny versions of animals. A ferocious-looking predator in the eye of an extraterrestrial turns out to be just an adorable cat in reality. And a Godzilla-like monster turns out to be just a harmless killer whale. Check out the complete list of these hilarious photos below. 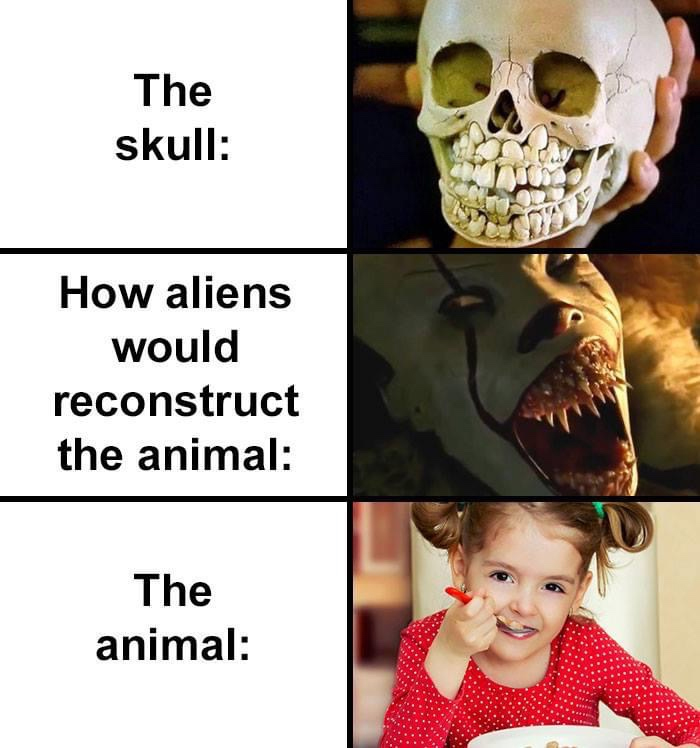 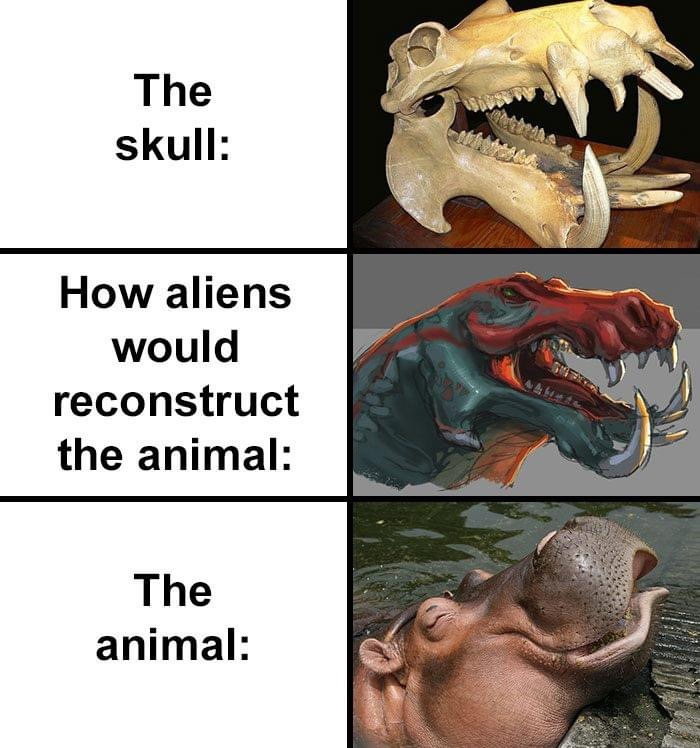 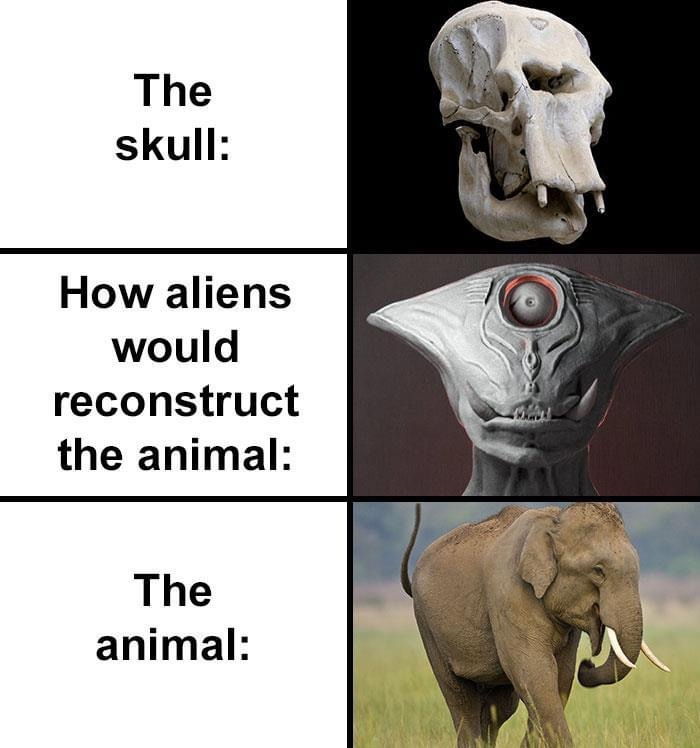 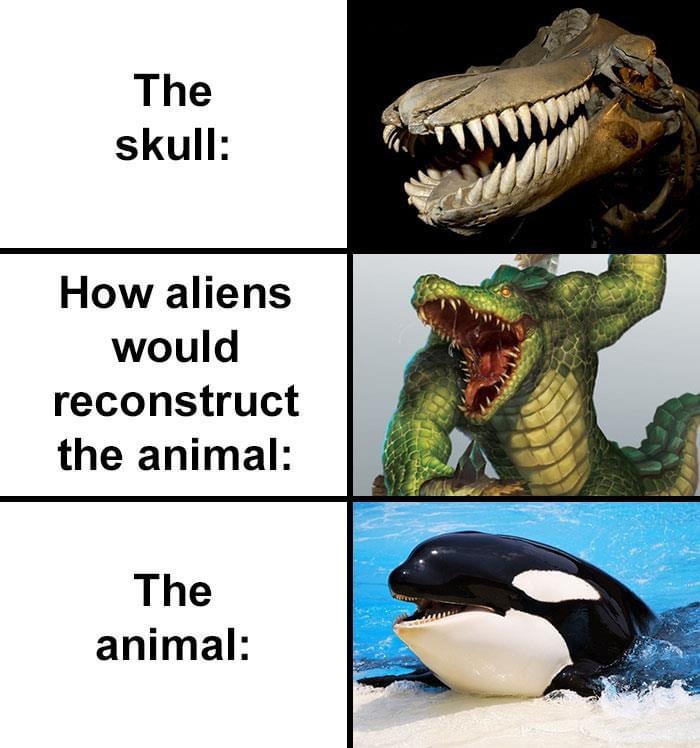 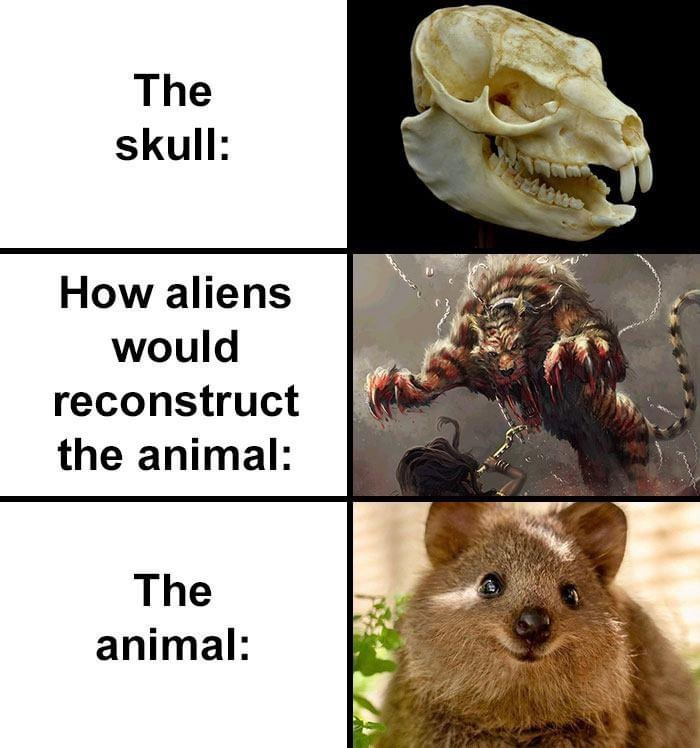 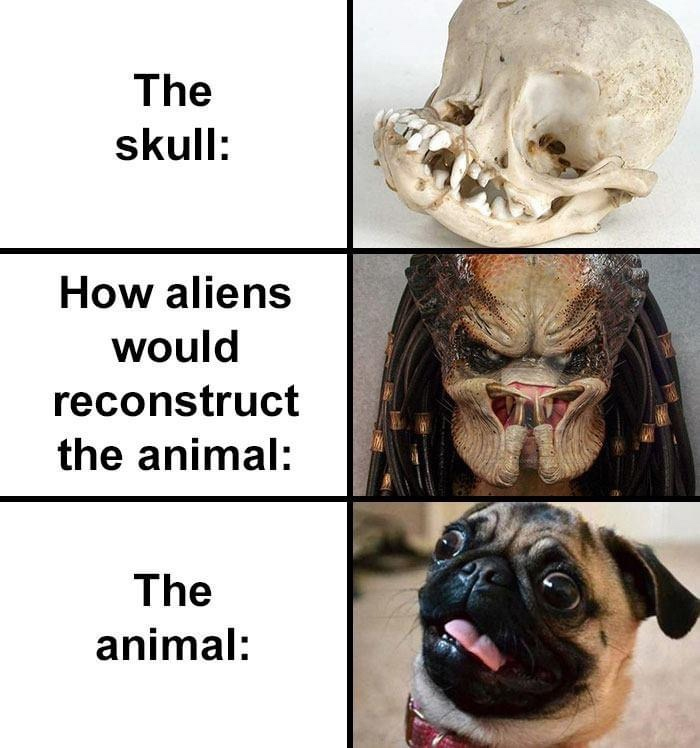 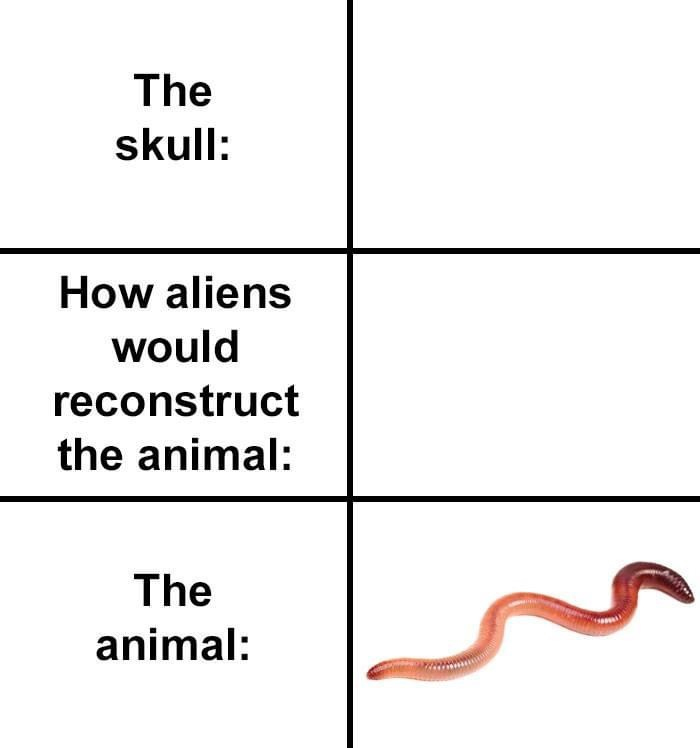 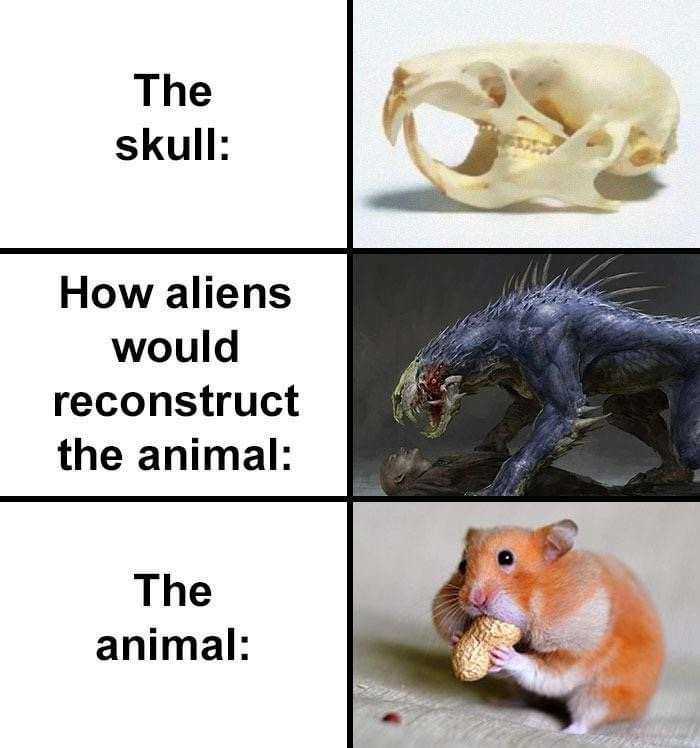 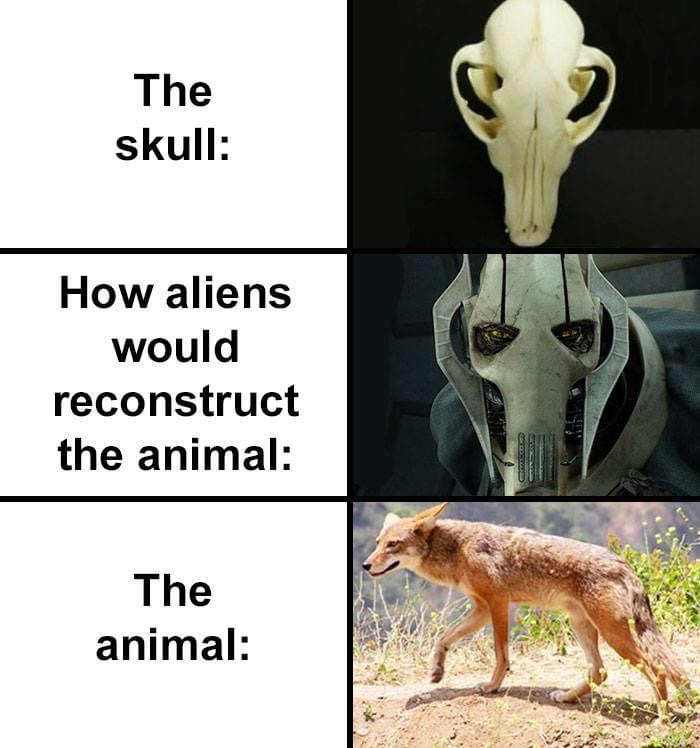 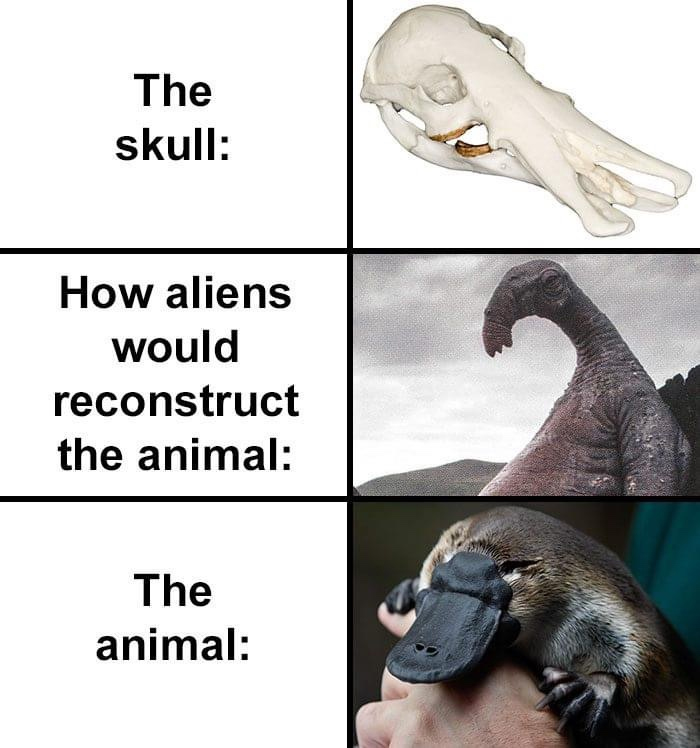 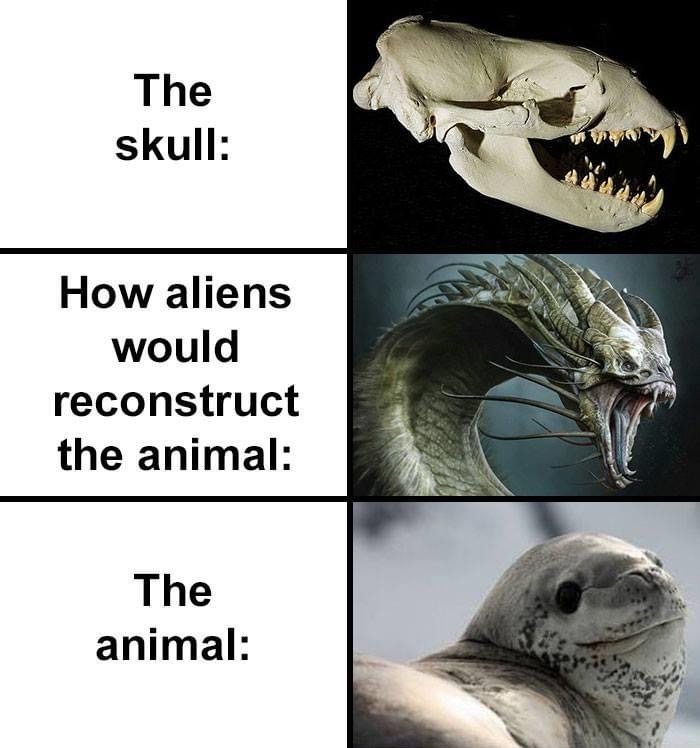 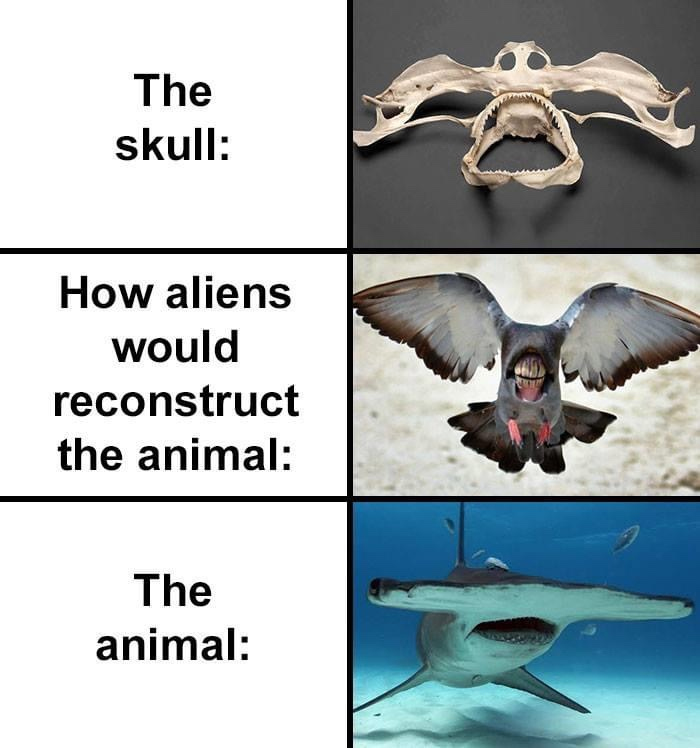 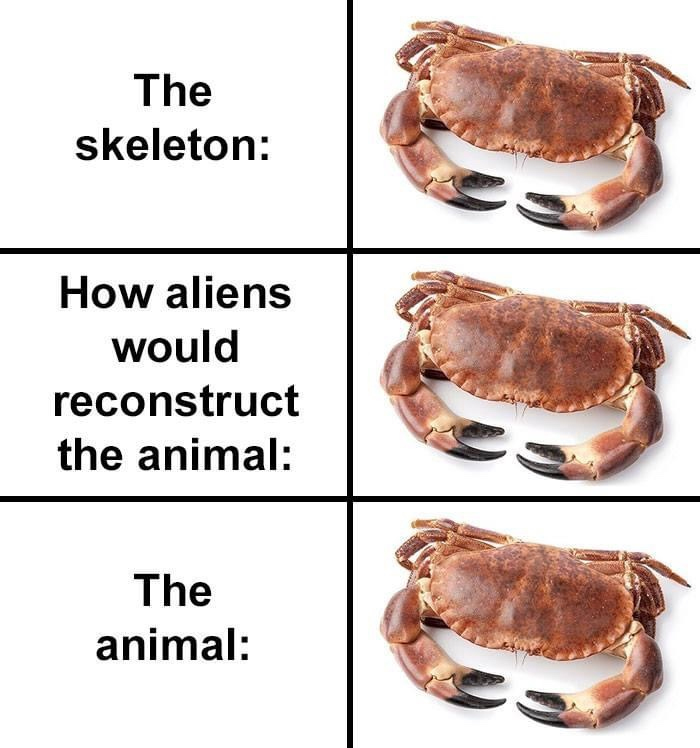 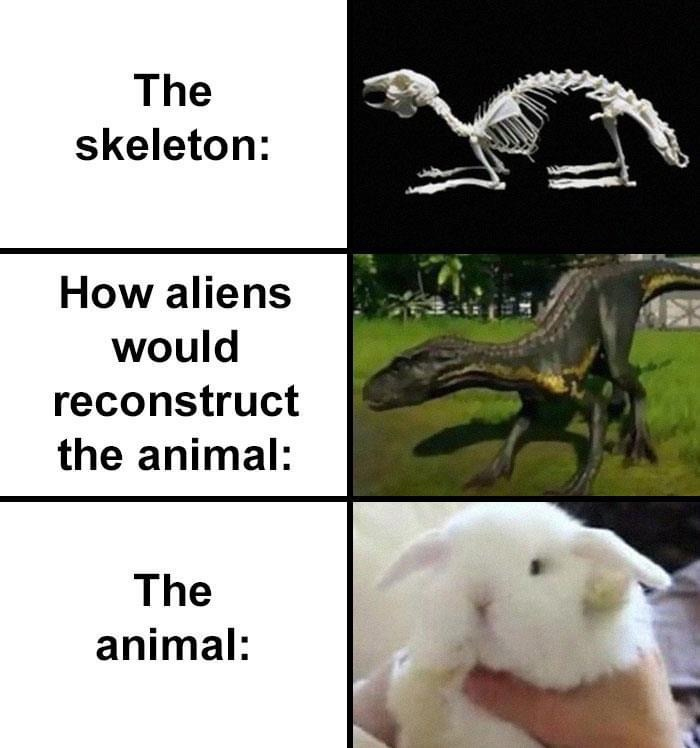 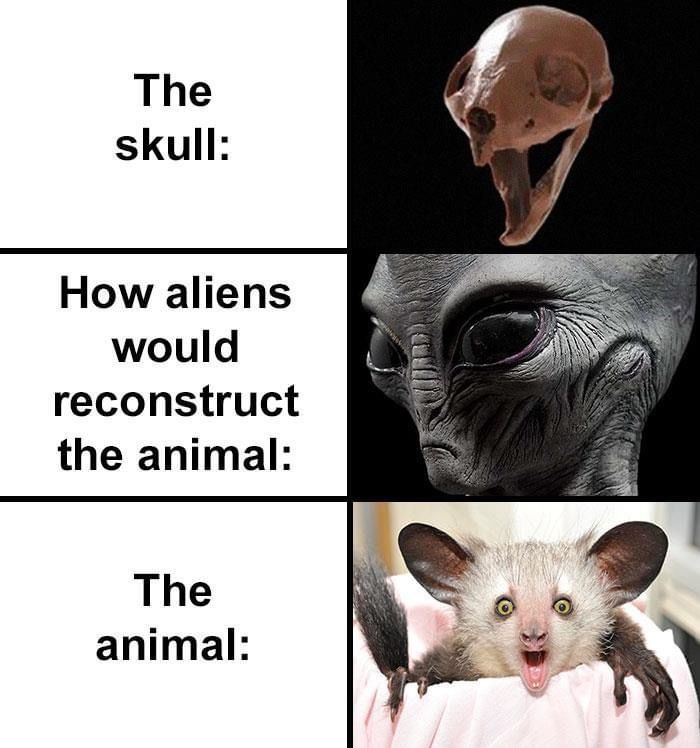 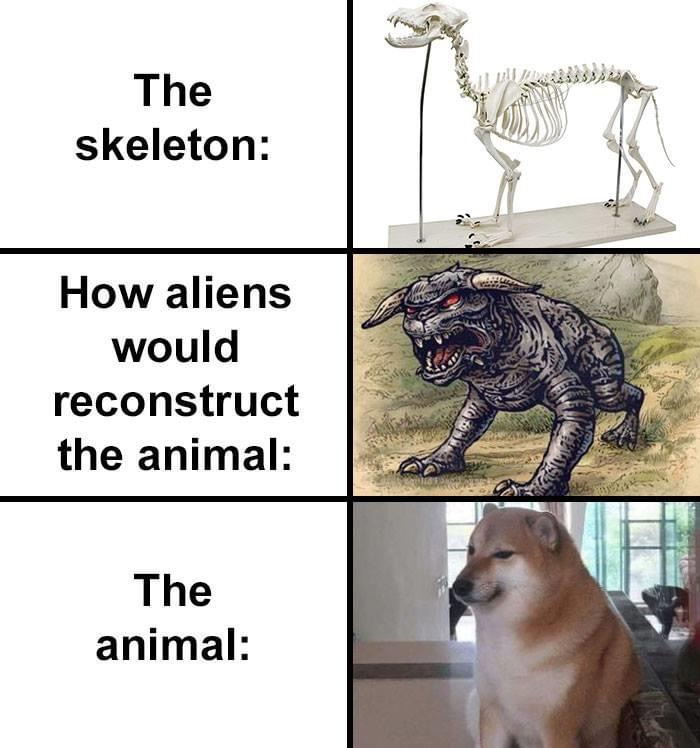 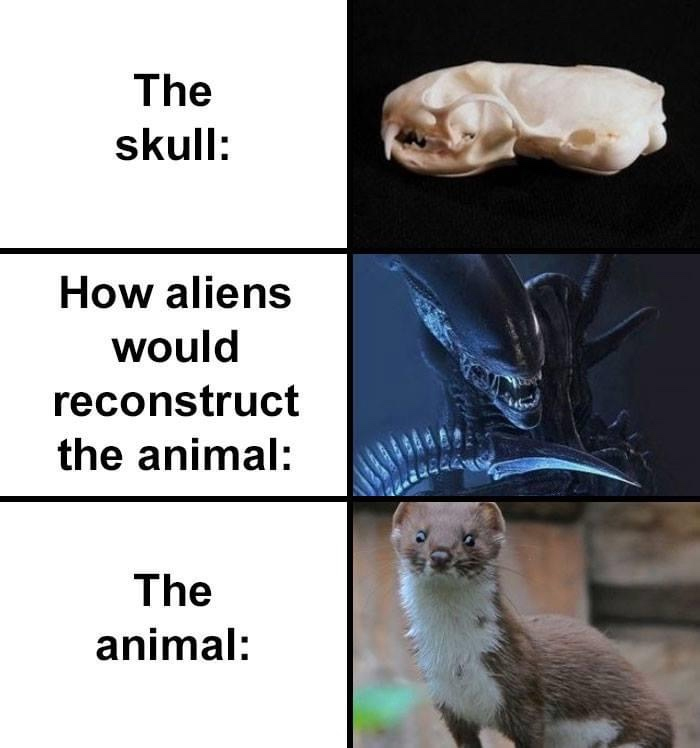 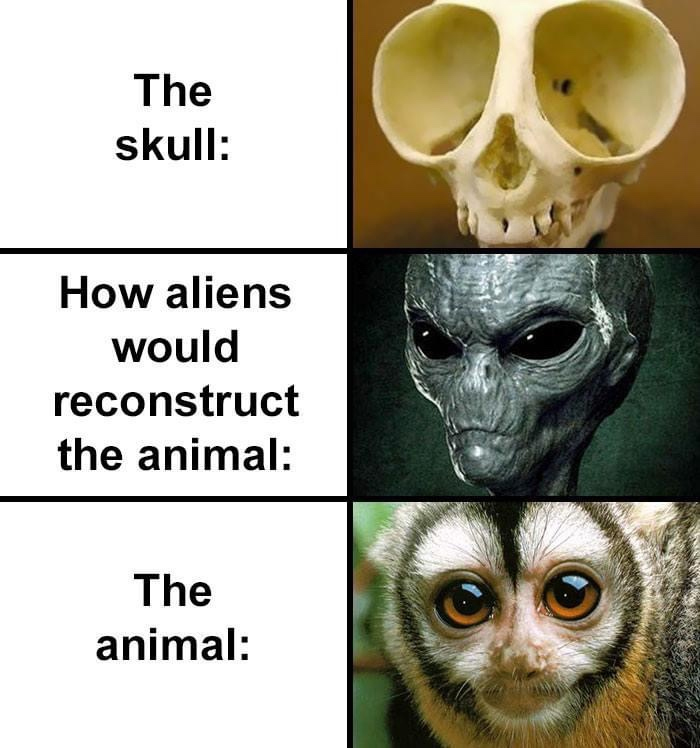 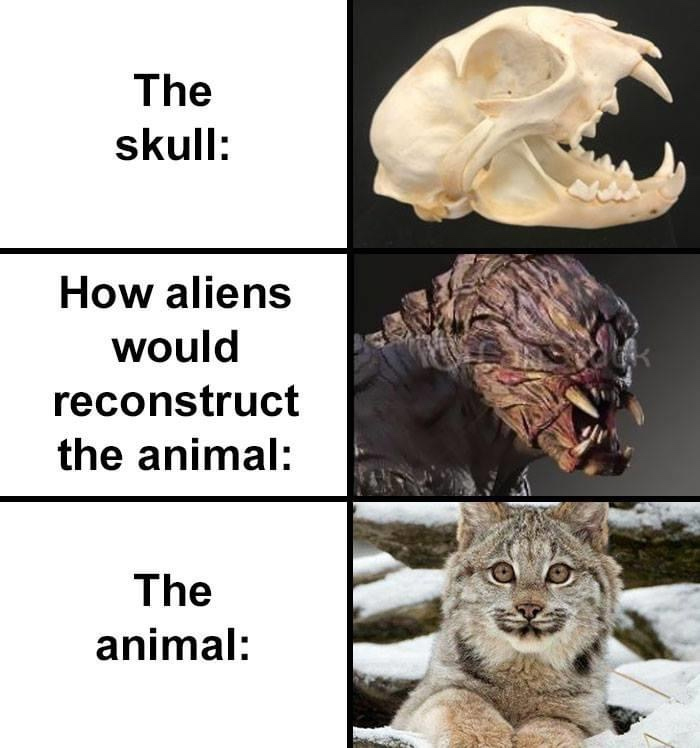 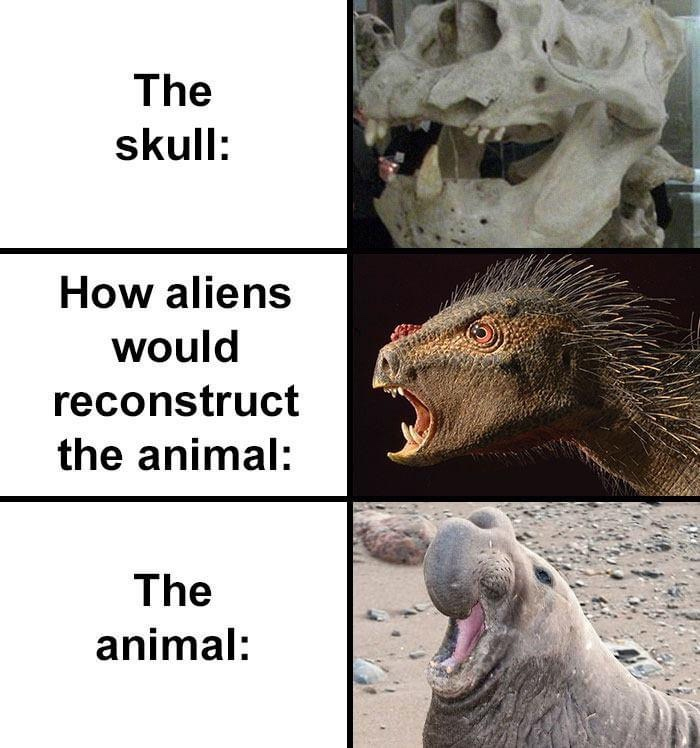 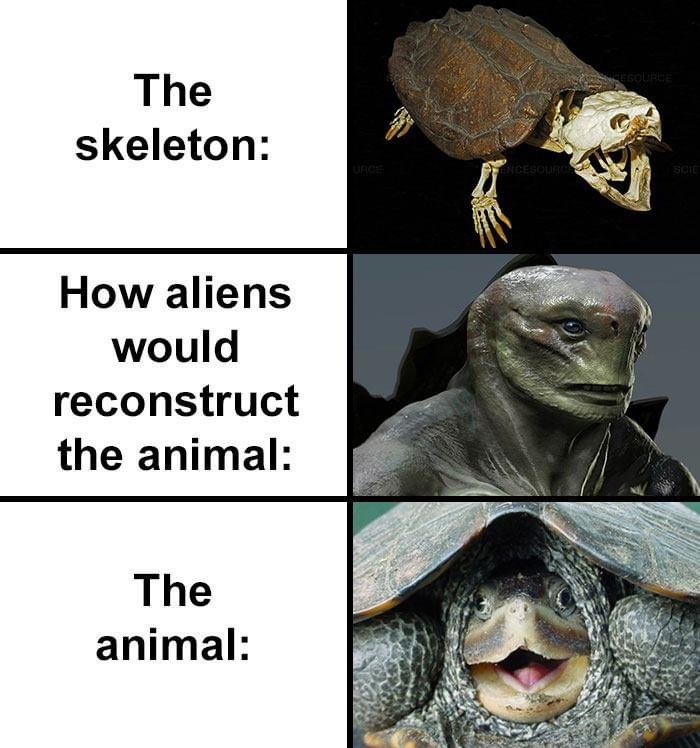 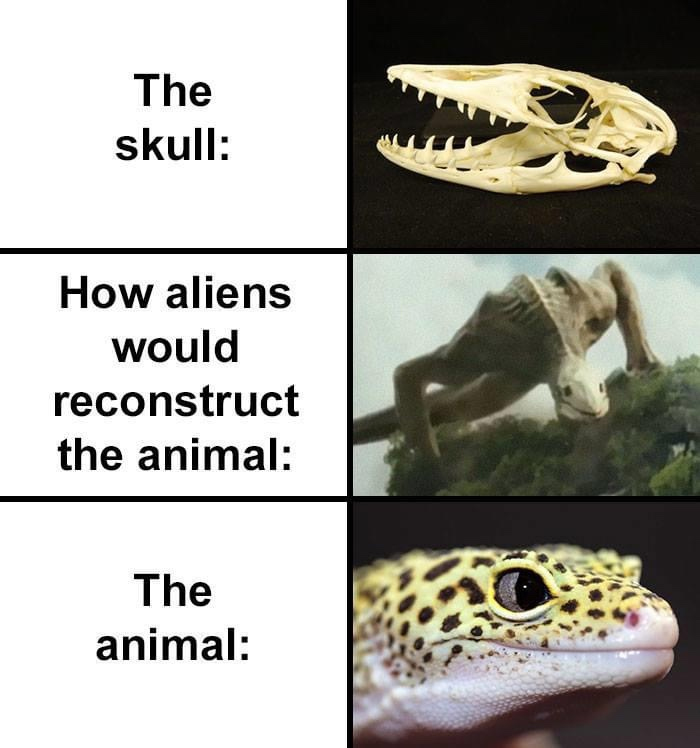