Meet Speck, the friendly rescue dog that is currently melting the hearts of the internet. Now that we’re stuck in quarantine due to the coronavirus pandemic, we get a taste of how animals feel being trapped in cages and kennels. And it certainly doesn’t feel good. But we’re still lucky. Unlike animals in cages, we still get to entertain ourselves with all the modern conveniences we have at home. Not to mention, we have the love and attention from our family. So, staying at home in quarantine isn’t really that depressing as it seems.

The situation is entirely different for animals in cages and kennels. Alone inside an enclosure, they’ve got nobody to play with and nothing to keep themselves busy. Lack of physical activity and lack of socialization can take a toll on their physical and mental well-being. This is why shelters are doing everything they can to get these animals adopted as soon as possible. Sometimes, animals themselves will go to such great lengths to stand out and get people’s attention. Such is the case for this rescue dog at The Bullock County Humane Society, an animal shelter in Alabama.

Every time someone passes by his kennel, the dog would stretch out his paw through the metal bars, as if asking them to hold his hand. Desiray Miracle-Wilder, director of the animal shelter, immediately noticed the dog’s amusing behavior. And filmed a video of the heartwarming scene and posted it on her Facebook page. 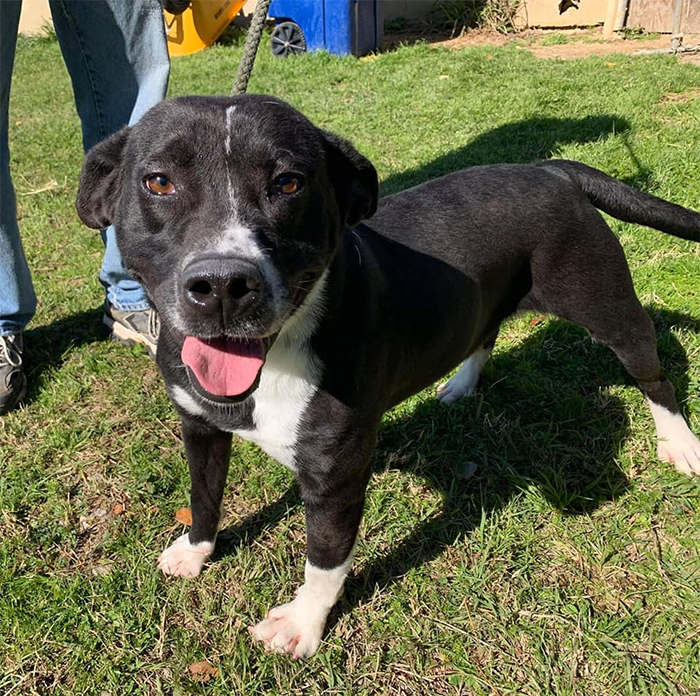 Desiray wanted to help the dog find his forever home by posting the video of his adorable behavior on social media. But she didn’t expect that the post would become viral. Not long after, she was overwhelmed with messages from people who wanted to adopt the friendly dog on the video. Apart from interested adopters, the shelter also received lots of donations from people who were touched by the dog’s affectionate gesture.

“Speck has been in the shelter since the fall of 2018. Just over a year and a half,” Desiray said. “Speck loves human interaction! He cannot get enough love from anyone willing to stop and take his paw or rub his belly. He pushed his muzzle through the bars of his kennel, looks out with his puppy dog eyes and reaches for you to hold his hand. Speck’s love language is defiantly physical touch.”

The Dog Did Get His Happy Ending

With the help of the viral video, the dog finally found an ideal home with his new human dad Mike in upstate New York. But due to limited resources, the small non-profit shelter doesn’t have the means to transport him from Alabama to New York. That’s when Allie’s Hope for Paws pitched in to help by organizing the dog’s transport to NY. Desiray acknowledges the aid of other organizations and people’s donations in helping them carry out their goal to rescue animals. This dog may have found his forever home. But there are still plenty of other dogs that are also in need of a loving family. 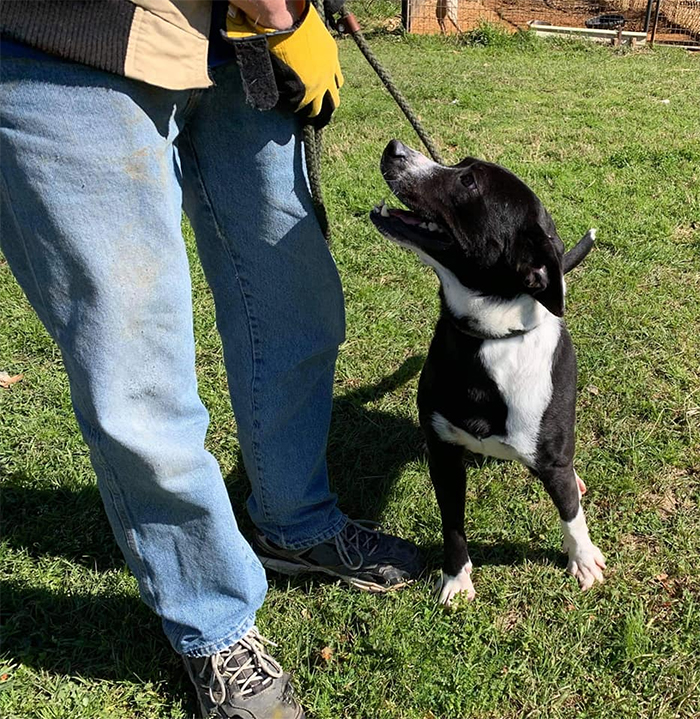 If you are interested to adopt a rescue dog from The Bullock County Humane Society, simply visit their Facebook page to book an appointment. You can also support the organization by giving donations. It could be cash or in-kind gifts such as dog food, accessories, collars and more.

Here’s what people have to say about the cute dog