Did you know that there were 860, 000 homeless people in Germany in 2016? Half of this staggering number consisted of foreign refugees. This sudden influx caused a 150% spike in the country’s homeless population between 2016 and 2018. The social issue had clearly reached a very critical point. So, in 2018, the city of Ulm asked for a way to help the homeless. A group composed of six designers and technologists then created sleeping pods.

The group designed protective pods they named Ulmer Nests. Two Ulm-based start-up companies, Bootschaft and Resistance & Sons Ltd., teamed up with computer scientist Florian Geiselhart to make up the team behind the project. Their group also included product and interface designers as well as hardware and software developers. In an interview, Geiselhart said:

“We initially created a sort of ‘think tank’ or ‘creative lab’ project as a team here in Ulm with the (maybe a little bold) idea that everyone can drop off their respective problem, whatever it may be, for us to solve it – basically we wanted to challenge ourselves a little bit, being so far [a] decently successfully interdisciplinary team of six designers and technologists.” 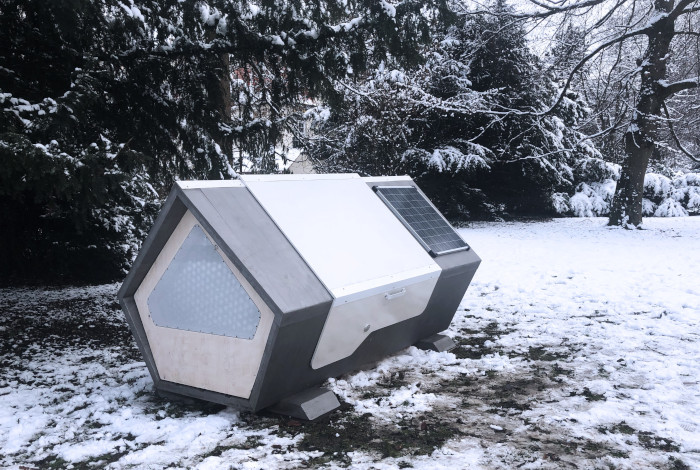 According to Geiselhart, the group decided to take the city’s request on immediately. They came up with the initial concept fairly quickly, and they’ve been working on the sleeping pods ever since. Since the group consisted of professionals with different specialties, conceptualizing every necessary aspect for the pods became very easy. Geiselhart shared that the team managed to draw up the design concept within the span of two days:

“This was on a Thursday morning, at 8am. By Friday evening, the basic concept of the Nests was born, a prototype showing off shape, functionality, and processes was there, including a VR prototype to be able to experience what it feels like to be in one of the capsules – and we never changed anything substantial [to] all of that later.” 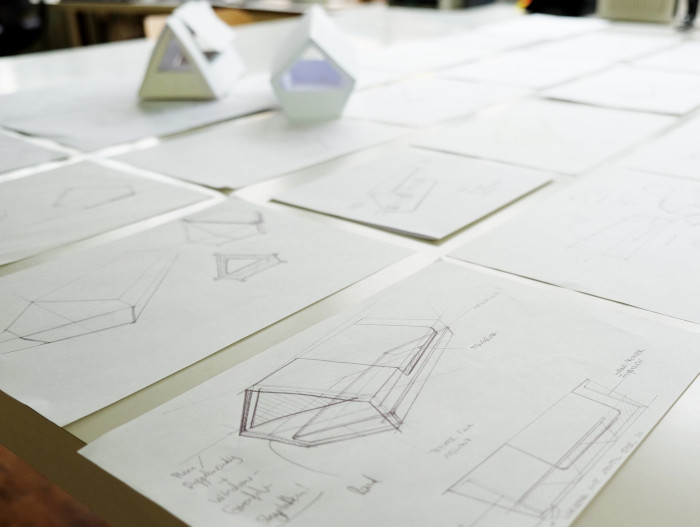 They showcased the ‘Friday-night’ prototype on Instagram and Vimeo. The initial concept was good. However the team quickly realized that they could improve the design even more. So they’ve been busy refining, developing and testing out the various components of their pods. As of writing, the group has already built two Ulmer Nests that can accommodate up to two inhabitants. The group put the Nests to the test for the second time last year and yielded good results.

“For this winter, we modified details on our door in an effort to improve usability both for the people sleeping in the Nests and the social workers checking in on them. Also, we spent a good deal of time improving insulation and climate management, to be able to keep humidity and temperature at the best possible levels while operating on a limited budget of energy. Related to this, we also improved on the connectedness of the Nests by integrating them into the Ulm city’s wireless IoT network.” 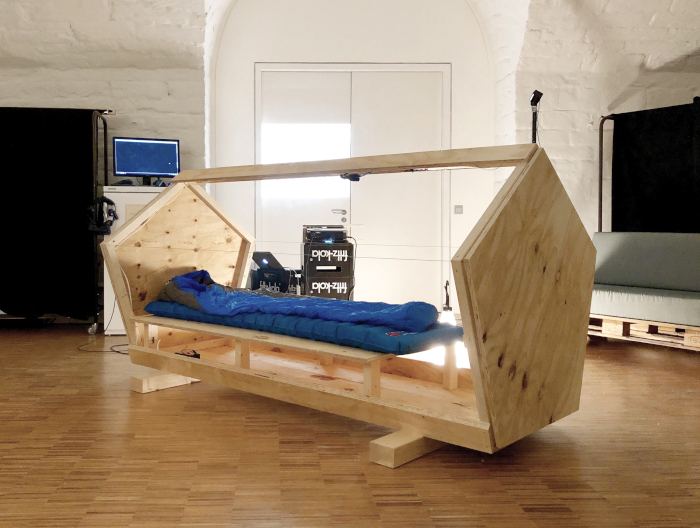 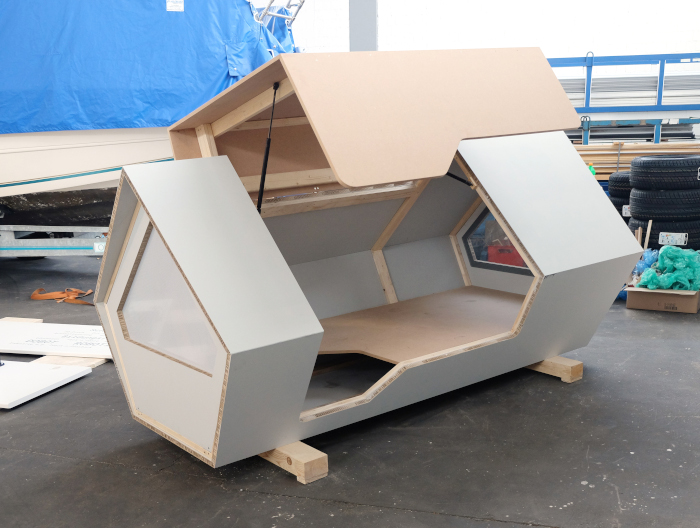 Aside from upgrading the pod’s door, the team also added a few more improvements on their latest Nest. The latest prototype was fitted with better insulation and a solar panel. They also made the pod spacious enough to accommodate up to two people plus their pets or luggage. After the overnight guest leaves, the team comes to give the Nest a thorough clean. This way, the Nest will be nice and clean for its next occupant. 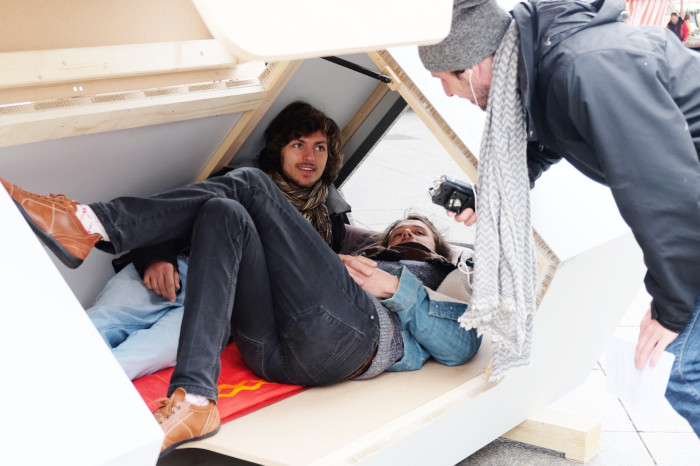 Some have criticized the project

Unfortunately, some people did not like the idea of temporary shelters for the homeless. Naysayers labeled the Ulmer Nests as a mere ‘art project’. Others argued that the funds used in the project should be donated to homeless shelters instead. In addition to this, people have also commented that the group should instead focus on helping the homeless reintegrate. The team have, of course, considered these arguments. Regardless, they’ve made it clear that their pods are meant to be used as temporary housing.

“Of course there has also been occasional criticism, but mostly from the right-wing populism side, trying to set people in need against each other. We try to ignore that as much as possible, as there’s no common ground to argue on.” 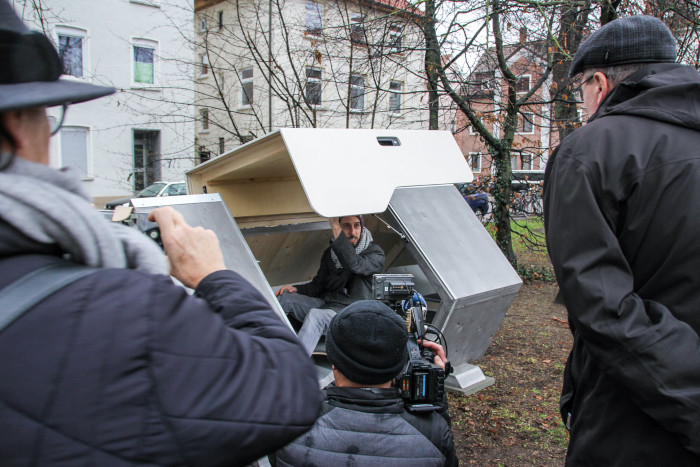 Despite the negativity, the team remains focused on their mission. According to the team, the pods are meant to be used by individuals who can’t avail of the existing facilities because of certain reasons. Homeless folk with pets are especially at risk, as most housing facilities don’t usually allow pets inside, and they’d rather not be separated from their companion.

“The final goal should always be to get people back into real housing and help them keep it that way. However, this is a continuous, slow process, and the nests are meant as a means of support in the early phases of this process. The Nests exist only to help people survive, but it also presents a new contact point for social workers to meet the homeless and may help trigger their road to regaining their old life.” 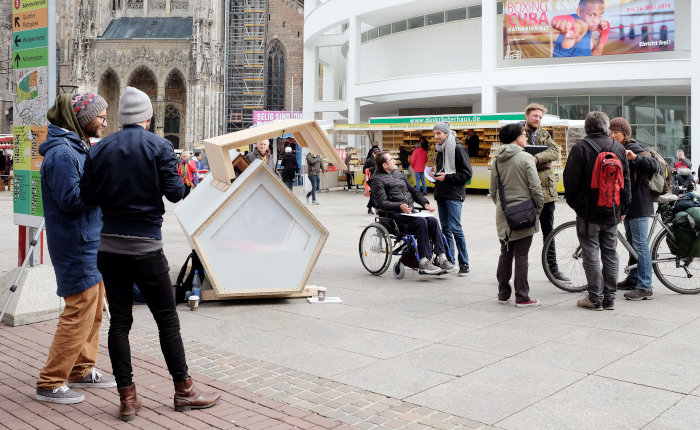 The pods are still prototypes

After going viral, the Ulmer Nest project team began receiving torrents of inquiries for their innovation. Some people have asked the team if it would be possible to get the plans of the sleeping pods so they can build it themselves as well. Meanwhile, interested buyers are already asking for a price quote. Unfortunately, the team is unable to provide the plans since it’s still in the process of being perfected. And since they’re still working on prototypes, they also can’t give out an exact price for their Nests yet. Interested buyers, however, will have to keep in mind that the pods will not come cheap.

“We are still operating on a small-scale prototype level, and we are looking into finding possible prospective user (cities) and ways of manufacturing bigger numbers of the Nests if there’s sufficient demand for it.” 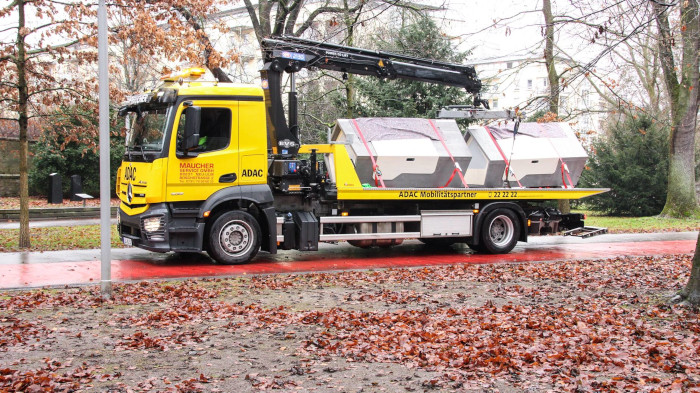 “We’ve even seen some effects that we didn’t dream of, like neighbors providing the overnight guests with hot tea in the morning and such. Also, city officials were always very supportive and positive about the project, which helped us a lot. And then there’s a lot of those small moments when working on the Nests out in the city, and people come up to say thank you (homeless and not homeless alike). That also means a lot actually.” 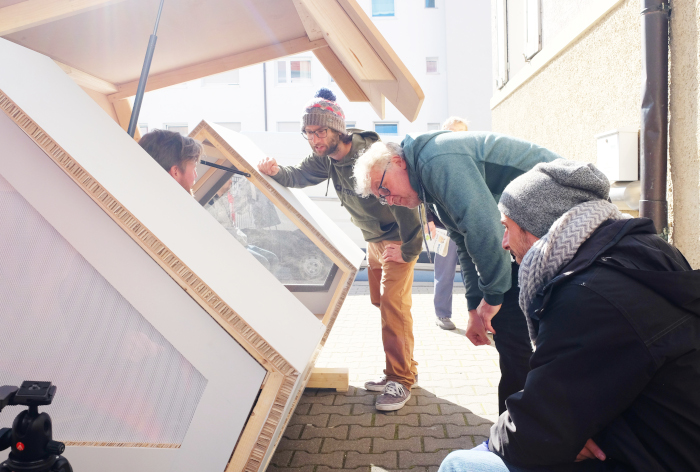 Interested parties can reach out to the team for updates

The team encourages those representing a national office, NGO or companies looking to deploy a solution for the social issue to get in touch with them. This way, the team can keep the interested parties updated with any progress they make with the life-preserving pods. Solving grave social issues like homelessness is definitely a feat that requires a lot of thinking outside the box. But the Ulmer Nest project is making a strong case that sometimes, thinking inside the box can be a good thing too. 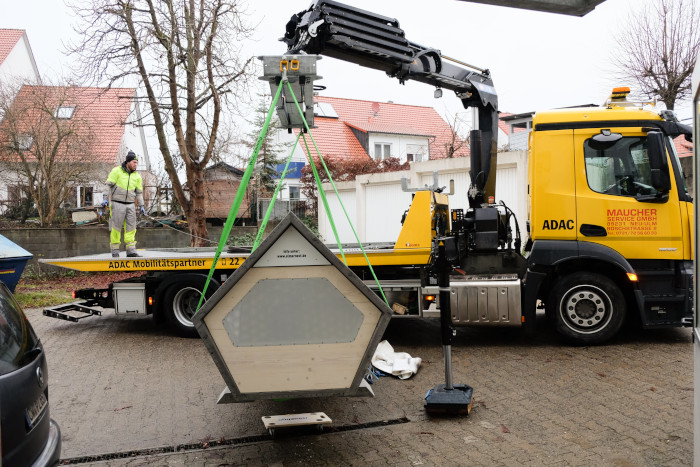 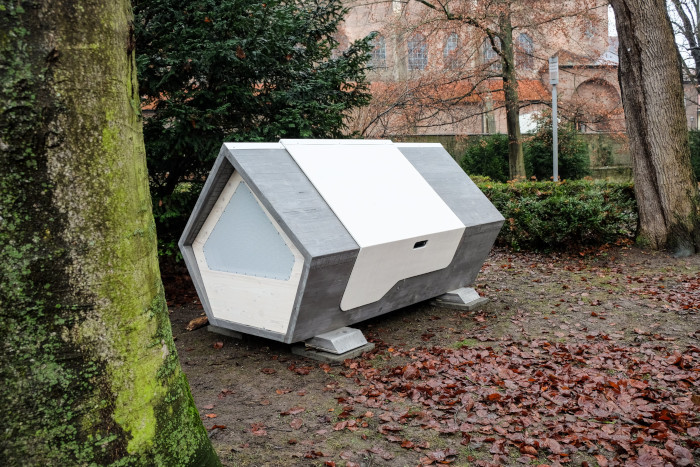