Rachie’s Retirement Home is a strange animal rescue shelter. Because instead of providing shelter for common domestic animals like cats and dogs, Rachie’s takes in rats instead! But their unorthodox choice of creatures to rescue isn’t the only reason they are becoming known around the world. The Brisbane-based rat rescue’s humor-infused Rat of the Week shtick actually did the trick! Sheltering these scurrying critters may seem like a totally odd cause but its definitely one that we need more of.

The stigma that world holds against rats are longstanding. The rats’ bad reputation stems from their supposedly role in spreading the Black Plague. But a new, provocative study is discounting their supposed role. And more often than not, people associate these adorable creatures as a sign that they’re in a filthy place. Lately, their name’s become a term used to describe a dishonest person. But these assumptions couldn’t be further from the truth. 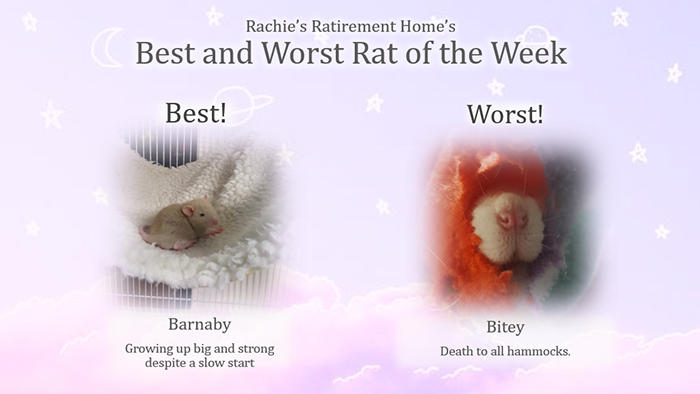 If you ask the rat rescue’s founder and president Rachel Greenfield, she’d tell you that rats aren’t so bad. According to them, their residents not only enjoy playing games together but are also capable of showing empathy. And every week, two rats from their roster are named as the best and the worst, and it’s certainly something that people from all over the world have begun to look forward to!

Rachie’s Retirement Home provides a safe haven for rats, no matter their size, color or origin

“We started two years ago, when I started helping out rats as a hobby while I was studying,” Rachel shared. The demand for her services grew exponentially so she had to get some help. Rachel works with around 20 volunteers and foster carers these days. She also has some people doing the administrative and management roles to make sure that everything’s in order. “We’re a real team, even though my name is on the box, it absolutely takes a community to keep the lights on and the animals safe,” she continued.

“Our city alone had several huge, established guinea pig rescues, but not a single specialist rat rescue active in the whole state. So when people found out I was helping here and there (despite being a broke uni student), the demand was overwhelming. We’ve grown constantly since then just to meet demand, we assisted over 300 rats the first year, over 700 in the second, and this year, we’re not even through February yet and have helped nearly 200! I’ve put my career in genetic engineering aside to focus on this. The volunteers laugh because I’m allergic to rats but someone’s gotta do it!” 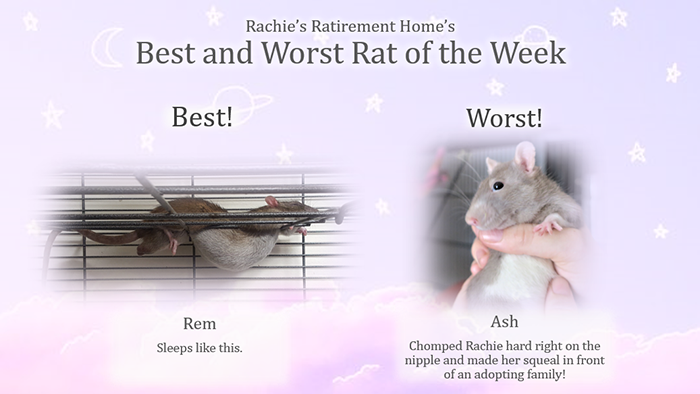 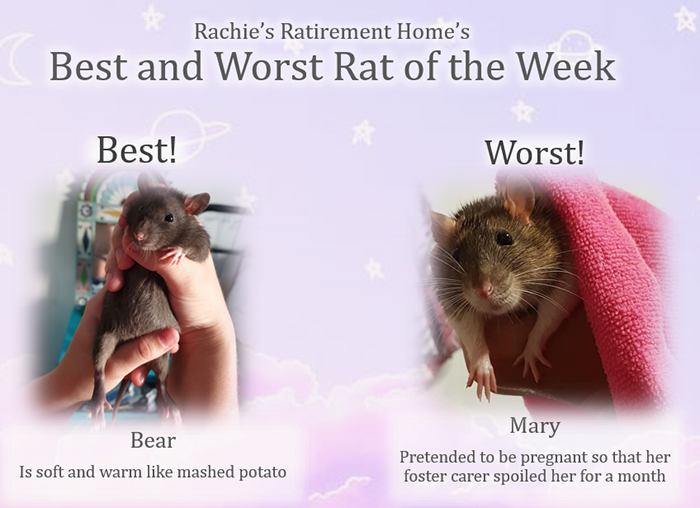 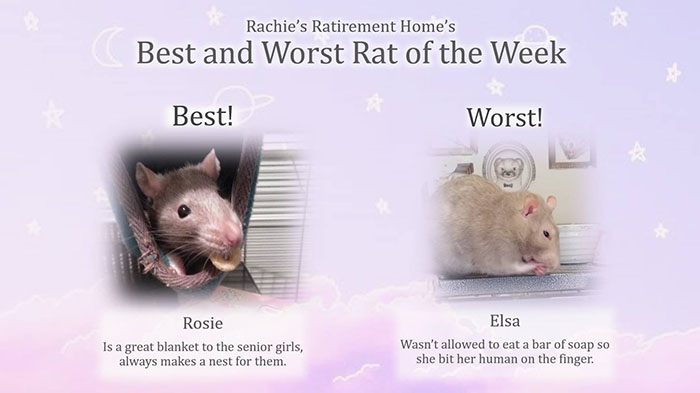 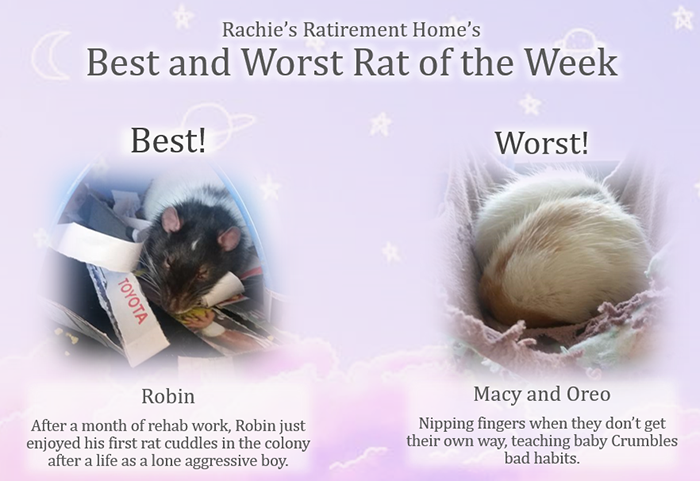 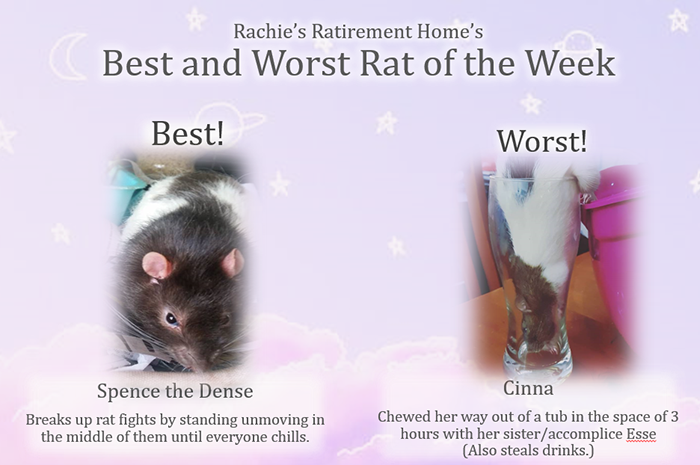 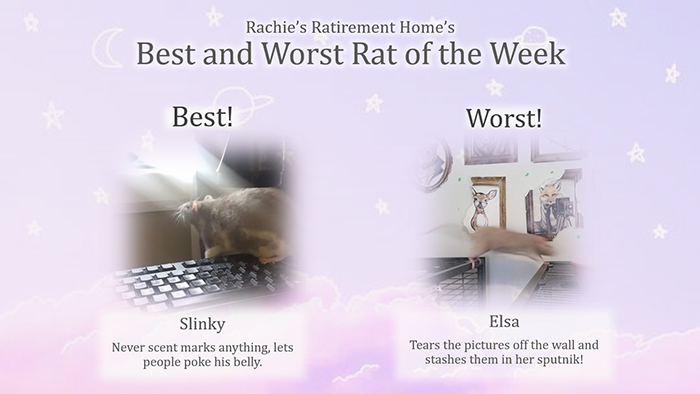 “The rat community is a lot bigger than people think, but because of the stigma around rats, there isn’t much support for them,” she said. “We take in a lot of surrendered rats, from both fantastic homes and terrible negligent cases, rehabilitate them, find loving forever homes for any rats that are healthy and happy and ready, and keep those that aren’t so they can live their lives out here.”

If you think that this is similar to something, you’re absolutely correct. Greenfield credits the clever contest held by the National Aquarium of New Zealand. However, since the shelter has more residents, Greenfield decided to hold it weekly to accommodate everyone. Choosing their weekly winners is pretty easy.

“Usually it’s someone who’s made us laugh, pulled some silly stunt or really touched our hearts. Often it’s our one-eyed brat Button causing some kind of chaos. Sometimes we add in a rat who’s passed away, as a tribute for the team to have a smile about. And sometimes you’ve just gotta have a picture of Spoon!” 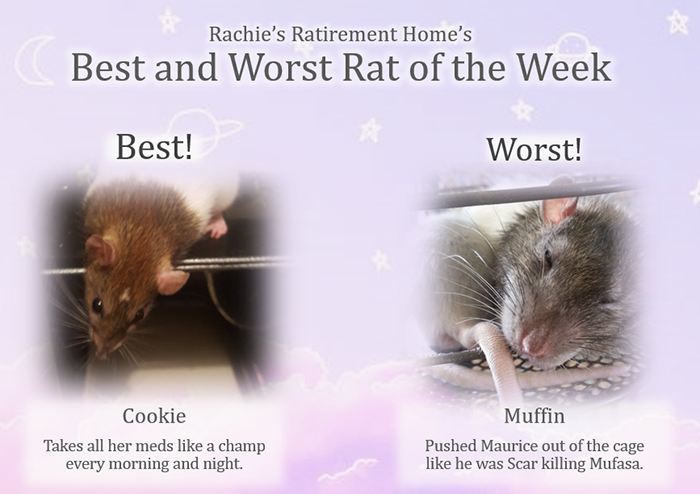 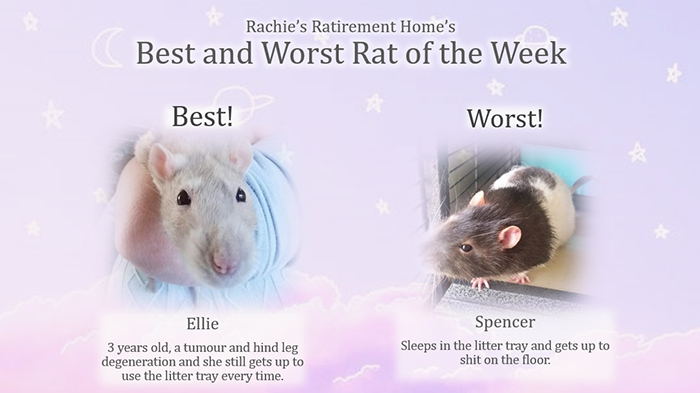 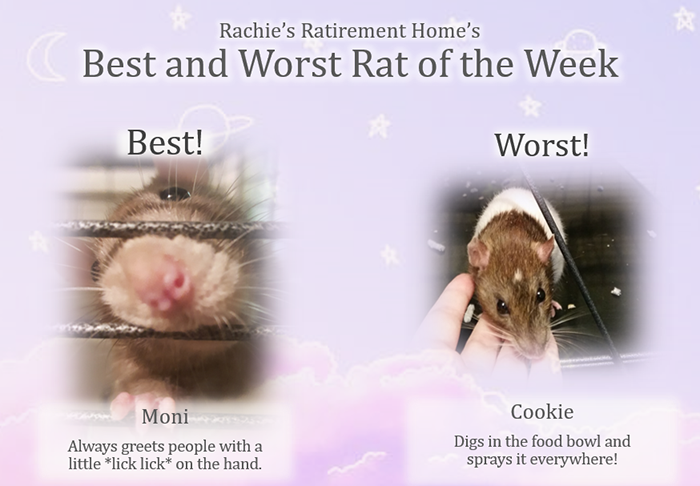 Their hilarious contest is honest fun with an agenda. Thanks to the campaign, more people are becoming more aware about rats. “Our main goal is education,” Greenfield said. “We’re really passionate about making good rat care possible. I’m a biologist by trade, and rats are the most researched animal in the world because of lab testing. We know so much about and that information needs to translated to the wider community so we can improve welfare.”

“Rescues can be hard sometimes. [But] it has some pretty rewarding and beautiful moments, but also some sad and frustrating ones, you can’t often speak up publicly about the worst of what you see, because it would prevent people from seeking help for fear of being shamed.” 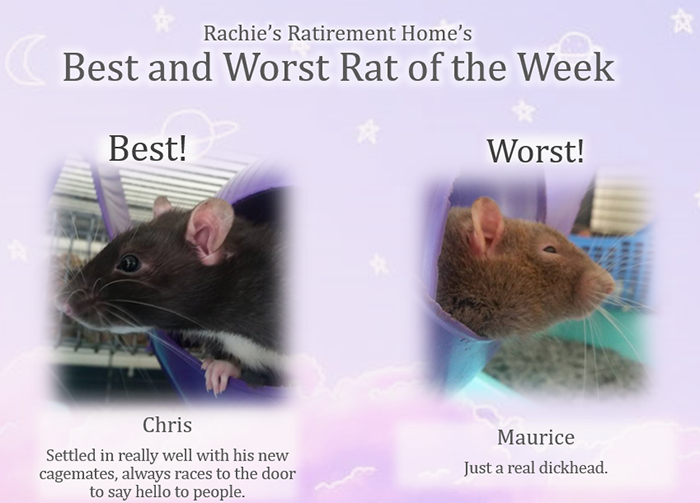 “So anything that brings a little humor and levity to the community is so welcome! Besides, I’ve never been much for social media and in the beginning we didn’t have people like #AdminAlly, so I needed to share the little guys without my usual wordy posts.”

“We mostly care for domestic rats, but we also have domestic mice, some hybrid, and some hand-reared wild rattus, since any pest rodent species raised by humans can’t be re-released. Most are at the main rescue site, but we have a foster team who takes rats out to help medication and trust training. Many aren’t fit to be rehomed due to health or temperament issues, and much of that comes from poor backyard breeding. Those rats live here for the rest of their days in families of 10 or so.”

“We’re a no-kill shelter that only euthanizes for quality of life issues or endangerment. We have everything from mums on litters to grumpy old males who need regular help with grooming. We’ve got rats with disabilities both physical and cognitive, and so many gorgeous things just waiting for a home. They’re incredible creatures, nothing like what people ‘expect’ a rat to be. I call them my little ‘sewer puppies’ because they really are so much like dogs, except cleaner!” 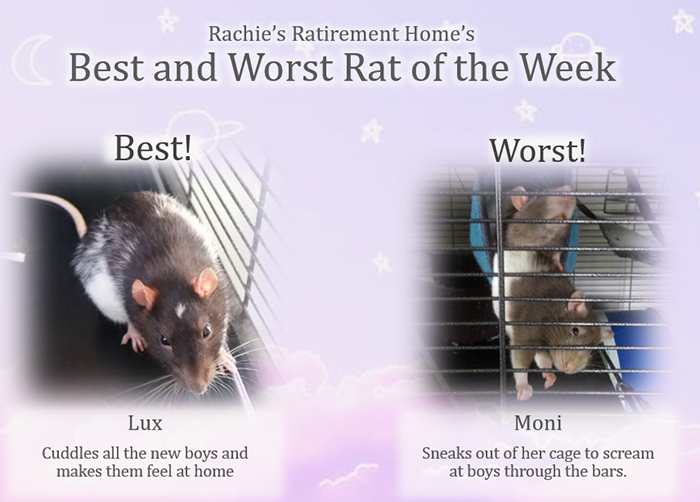 “People follow us on Facebook from all over, we’ve had people doing everything from making memes about the rats to drawing art of them, and so much love from the wider rat community!” 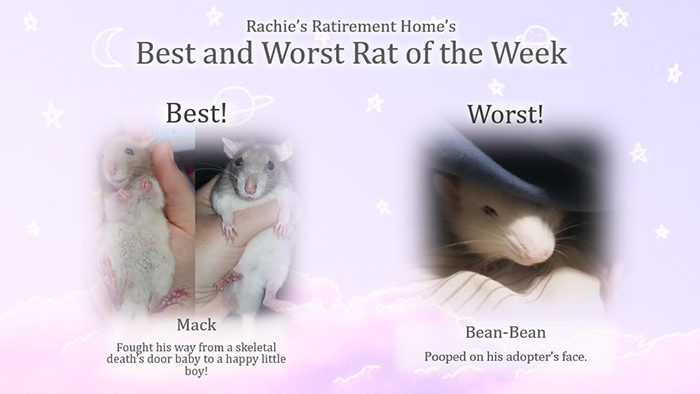 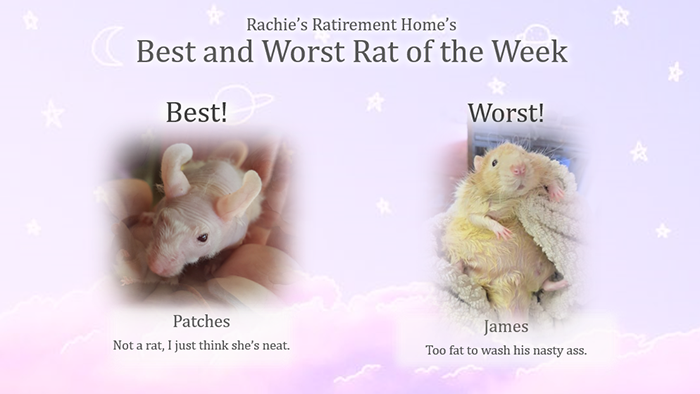 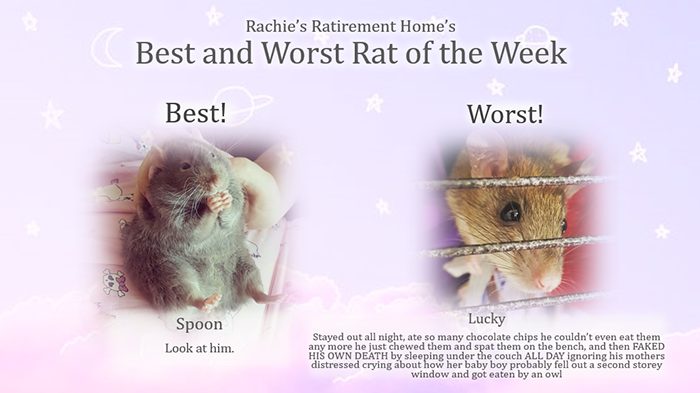 “We’re really grateful for all the love, and to be able to show our ratties and what we do to the world! Rats really do deserve so much more than they get, and we’re hoping to reach more and more people who feel the same way and want to lend support,” Greenfield concluded.