Aside from giving your space a new look, home renovations also allow you to learn more about your humble abode. And in some cases, they may also reveal some shocking discoveries that will simply blow your mind. Such was the case in 1963 when a Turkish man stumbled upon a secret room as he knocked down a wall in his basement. It turns out that this secret room was one of the entrances to the Derinkuyu Underground City. Not quite the plot twist you had expected, eh?

Located in Turkey’s Cappadocia region, Derinkuyu is one of over 200 ancient subterranean cities carved out of pliable volcanic rocks. It consists of 18 stories and has a depth of over 250 feet. Believed to have housed up to 20,000 people, including livestock, it’s one of the largest underground metropolises in the world. 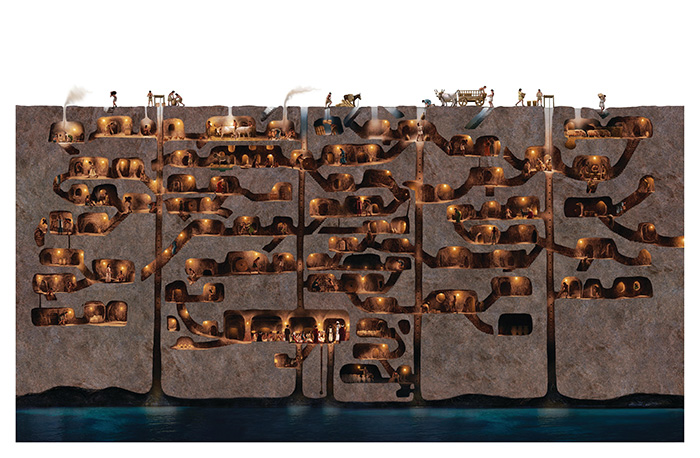 Several theories surround the origin of the Derinkuyu Underground City, including its builders and the time and purpose of its construction. Most historians believe that the Phrygians, ancient Indo-European people, built it in the 8th to 7th centuries BCE. However, some suggest that the city’s formation dates back to about 15th century BCE and attribute it to the Hittites. 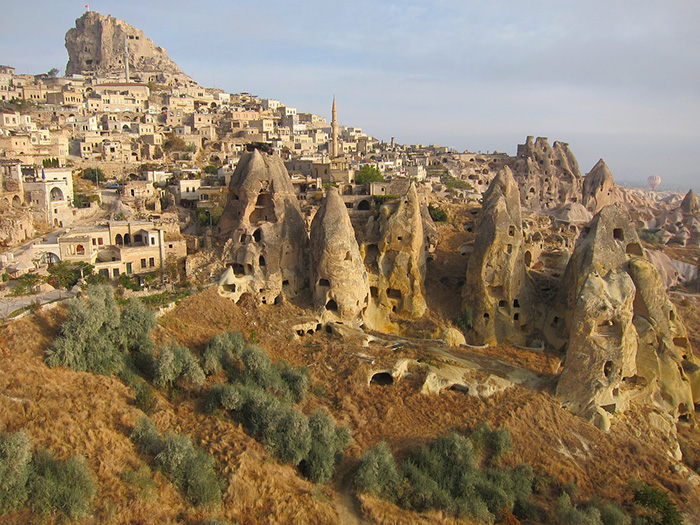 Either way, experts share the same belief that these people built the city to serve as a refuge. It’s believed that Christians who were escaping persecution by the Roman Empire at the time flocked to the hidden city. In addition, the city also served as a hideout for Muslim Arabs during the Arab-Byzantine wars between 780 to 1180 AD.

In 1963, a Turkish man renovating his home unexpectedly discovered a secret room that led to the ancient underground city of Derinkuyu 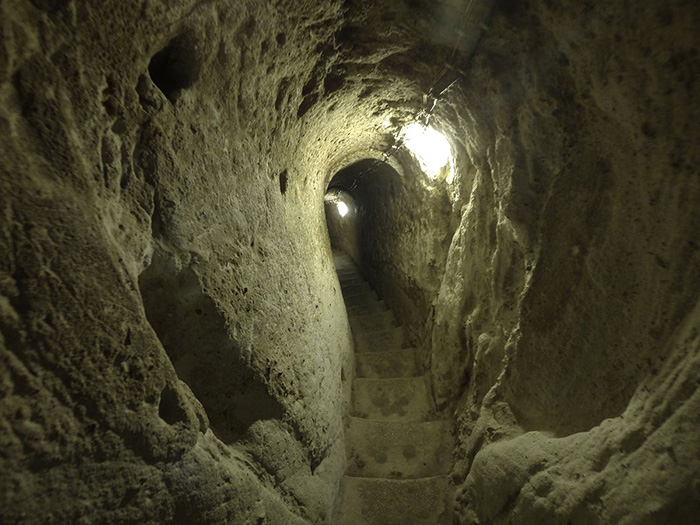 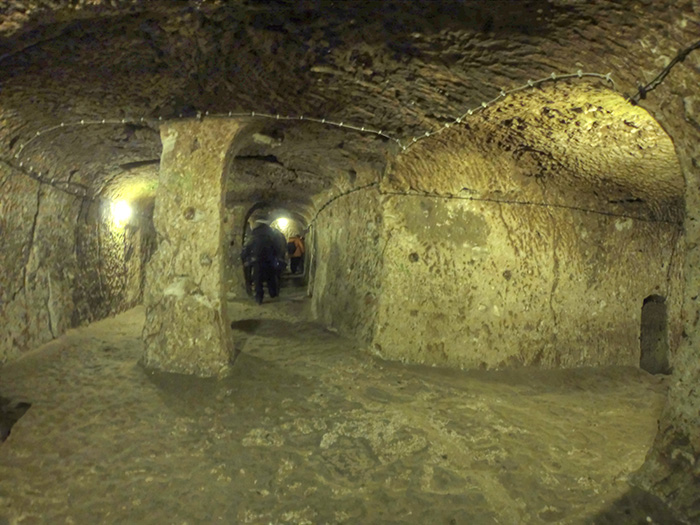 Aside from the historical significance that it holds, another fascinating aspect of the city is its self-sustaining nature. Despite its unconventional location, the city’s builders still managed to make life underground as comfortable and safe as possible. 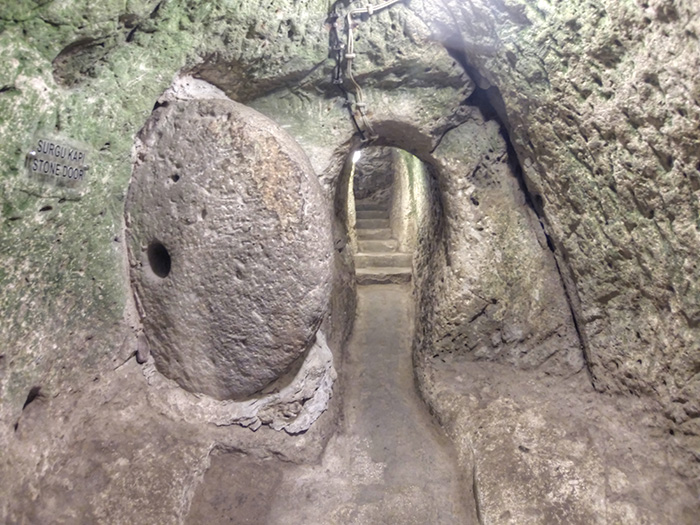 For starters, round stone doors weighing up to 1,000 pounds secured the city’s entrances. This ultimately made it hard, if not impossible, for invaders to enter the city. The metropolis also featured over 50 ventilation shafts with air ducts to ensure optimal airflow and distribution underground. Waste disposal was also not an issue. People simply stored them in pots and then transferred them above ground whenever convenient.

According to experts, the subterranean city served as a refuge during periods of persecution, invasion and war 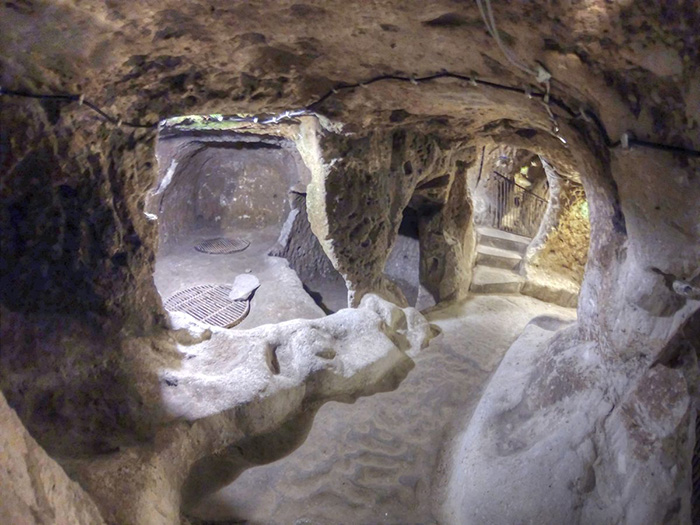 In terms of amenities, the underground city was relatively not far behind many above-ground cities. Aside from chapels, the city also featured a network of communal rooms, schools, kitchens, a bathhouse and even a winery. More importantly, the city had areas that accommodated livestock and wells that provided potable water. All these and more existed over 250 feet beneath the earth. 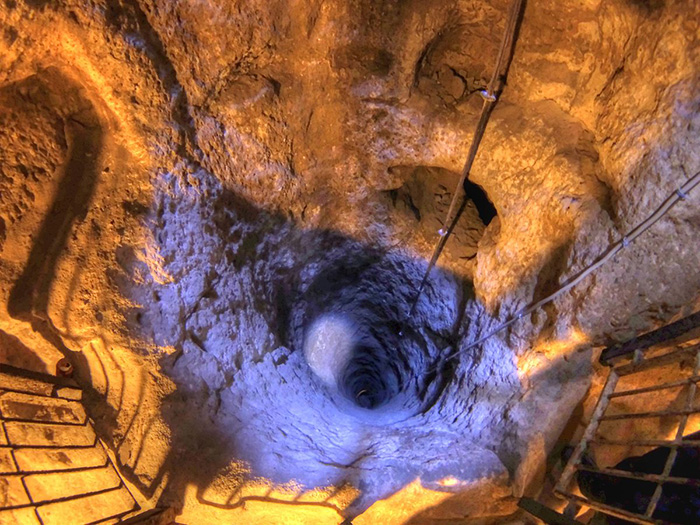 Following its rediscovery in 1963, Derinkuyu has remained open to the public since 1965. And up to this day, it still proves to be one of the most popular tourist attractions in the region. Although only eight of the 18 levels are accessible, it’s still an amazing experience to get a glimpse of what it’s like living underground.