Part of the experience of having pets is learning what unique quirks hide beneath their adorable fluffy exterior. And recently, Amber (@PaladinAmber), got to know her pet cat Lewis a lot more thanks to what turned out to be a hilarious misunderstanding. It all started when she noticed that her precious purr-baby was acting strange. Lewis wasn’t eating, drinking, or sleeping. Naturally, this odd behavior would alarm any pet owner. So she did what any responsible pet parent would do: take him to the vet to see what was going on and what could be done to make it go away.

And nothing could have prepared Amber for the vet’s verdict. Turns out, her beloved pet cat wasn’t dying. He just couldn’t accept the fact that some other cat whooped his fluffy butt! After basking with relief, Amber went on to share the story. People loved her story so much that it went viral with over 823.2K likes and 123.9K retweets! 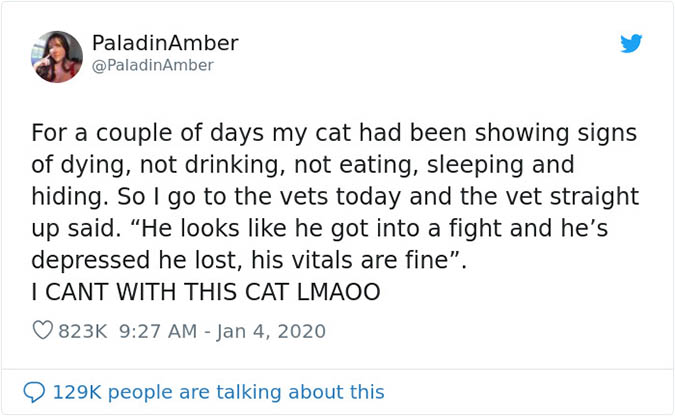 This is Lewis, who was so depressed over the fact that he lost to a neighborhood cat in the Kitty Fight Club 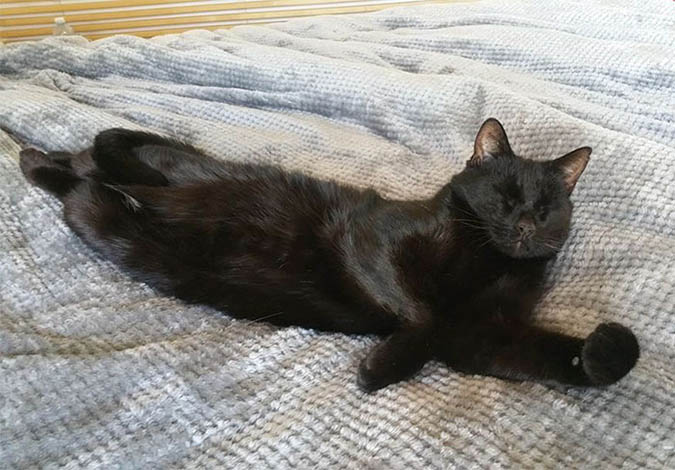 His owner actually thought he was dying 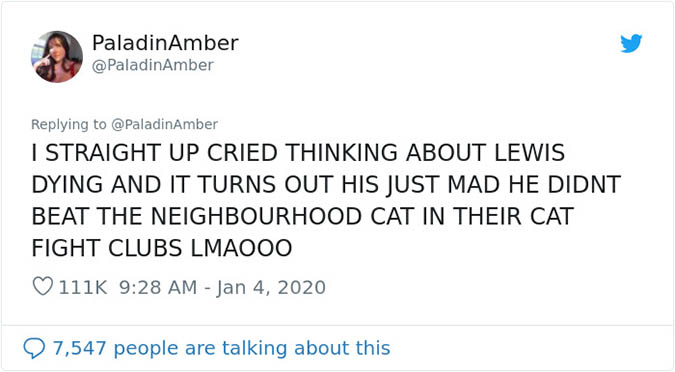 According to Amber, her mischievous cat literally rolled into her life. Lewis was found rolling around inside the recycle bin they had outside. The adorable antic won Amber over and they’ve been living together ever since! In fact, he’s been with Amber for over a decade now. Which means he’s already slowing down. Pets, after all, have shorter life spans than their owners. For example, cats normally live around 16 years while dogs have an expectancy of 10 to 13 years. So, given their shorter lifespans, Amber had good reason to be worried when Lewis lost all interest in the normal and necessary. 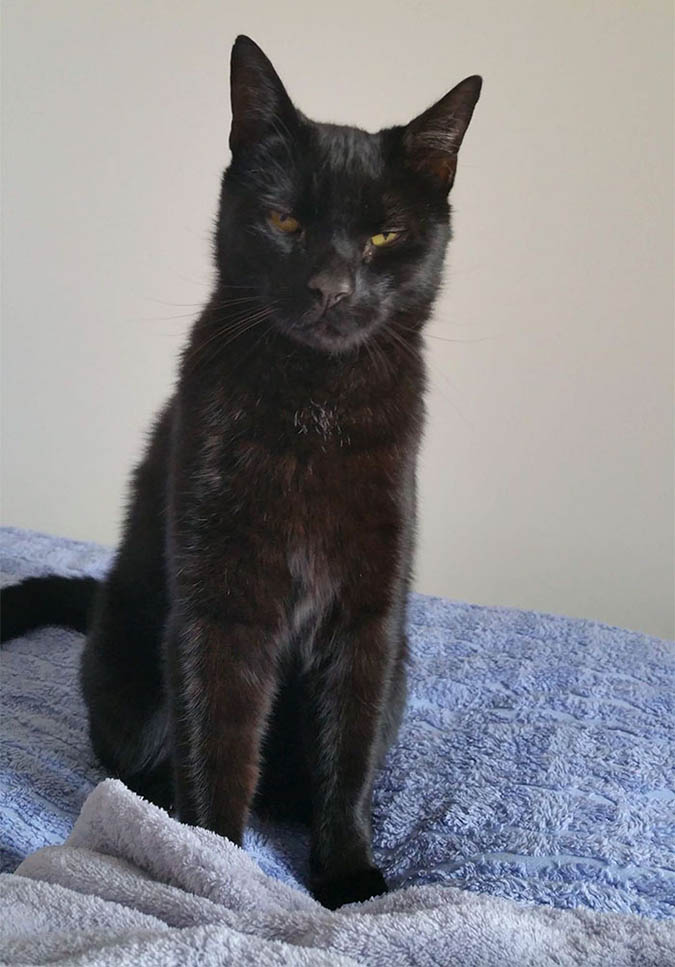 Lewis has a well-defined routine

Typically, Lous’ routine starts with him either waking up in his outside box or from under the bed. Then, he has breakfast with his humans before he goes about with his day. “Lewis might go off an adventure or he’ll wait until we take the dogs for a walk and then follow behind every step for the way,” Amber shared. “Then he’ll snack yet again on dinner and return to either spot to sleep so he can wake back up and do it all over again.”

Lewis isn’t completely an indoor cat, according to his owners. He’s free to roam the outdoors when he wants to. But this freedom comes with s0me risks. In fact, there were times when Lewis returned with a mark on his ear or a small bite on his face. His owner diligently takes him to the vet every time. Having a cat who’s free to roam the outdoor is, after all, at risk of getting involved in a fight, getting wounds, infections, and even cat aids. 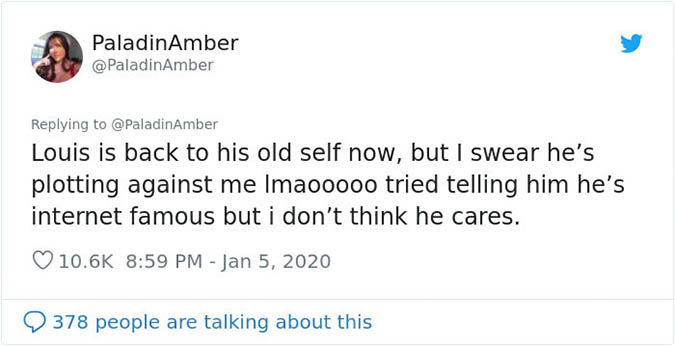 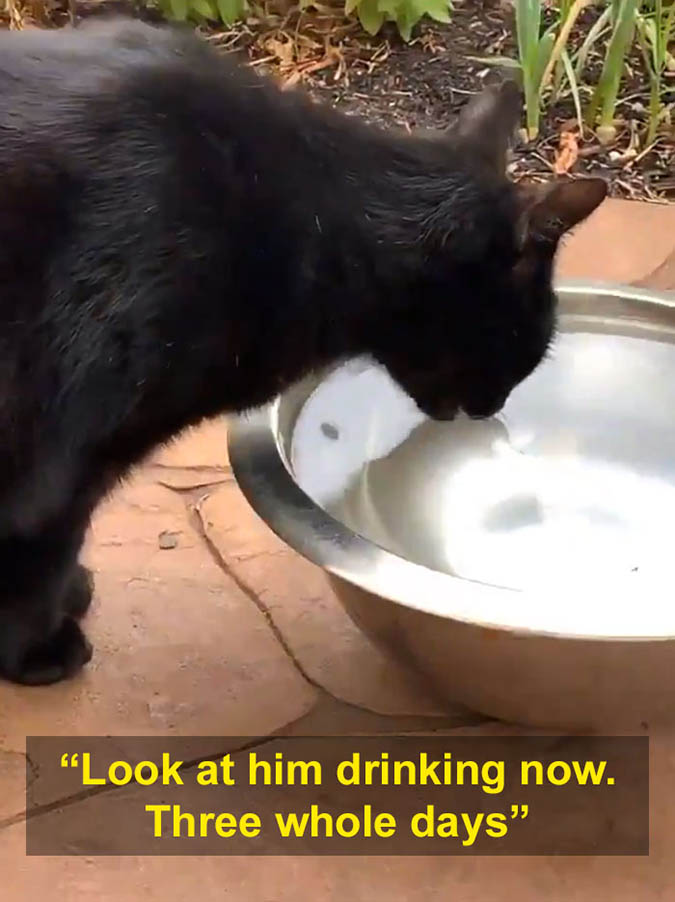 However, when Lewis came back and started acting strange, Amber decided to watch and observe him first. He wasn’t as active or enthusiastic like he was usually was. She put off rushing him to the vet because Lewis was still nibbling on wet food and taking baby sips in the evenings. “It wasn’t until day two where he just sat there looking at the water that we decided ‘okay, maybe something is up’,” Amber recounted. We kept a very close eye on him over those two days though.” 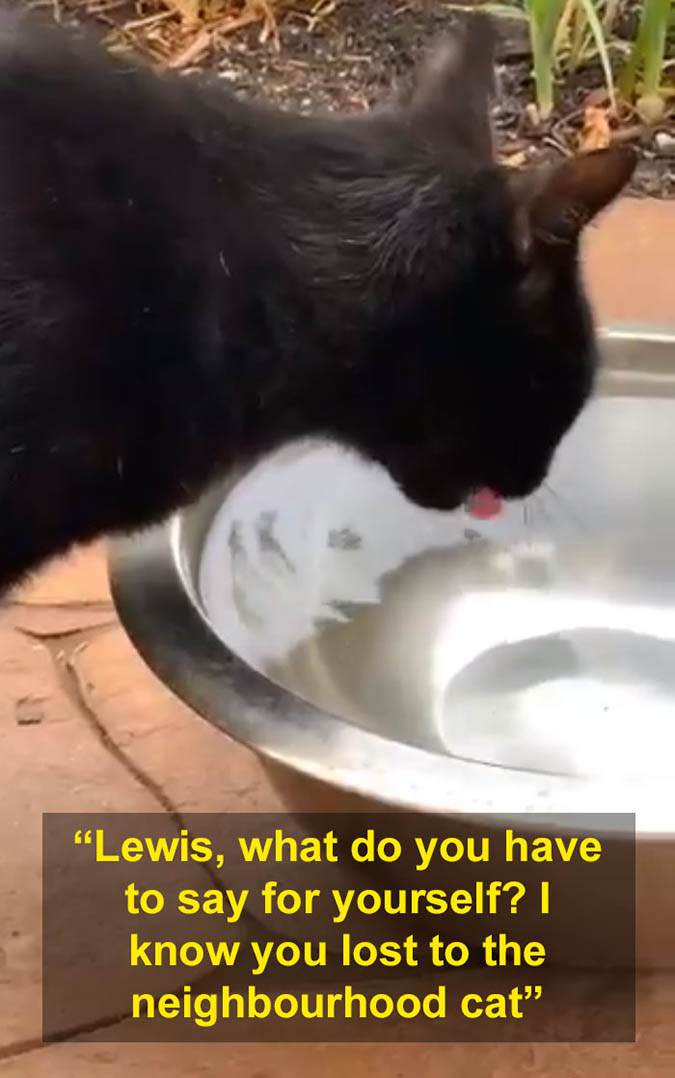 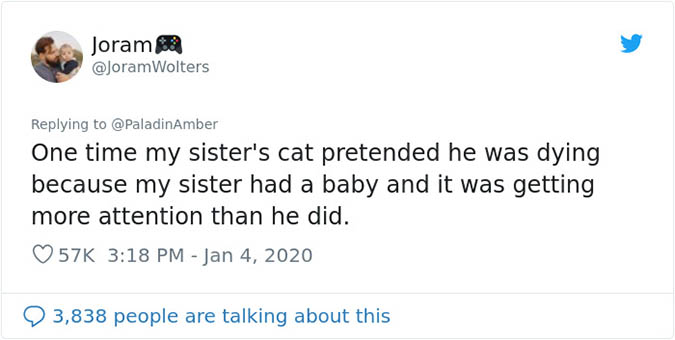 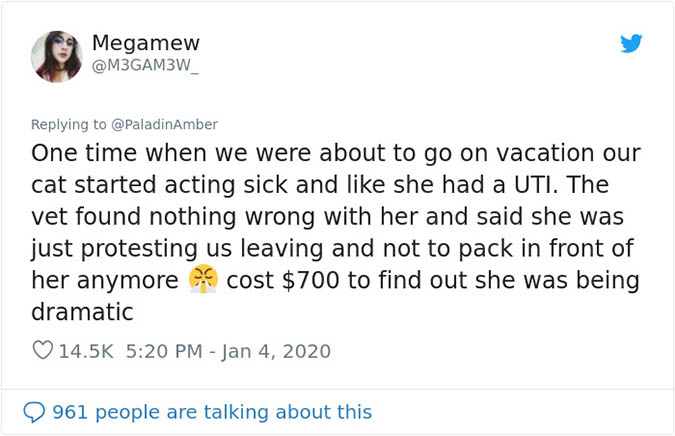 Let’s admit it. Our pets are the stars in our homes. And they love the attention they get. So when something arrives and usurps the attention, they can get pretty dramatic. Cats, for example, despite their clingy nature, try to act cool and detached towards us. They just don’t want to make it obvious. But they live for the love we give and can’t stand to be ignored. 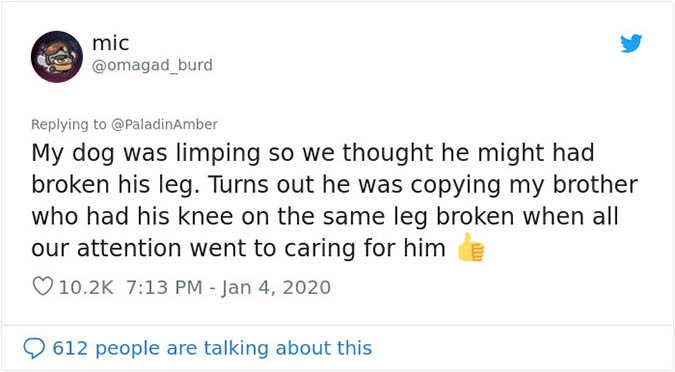 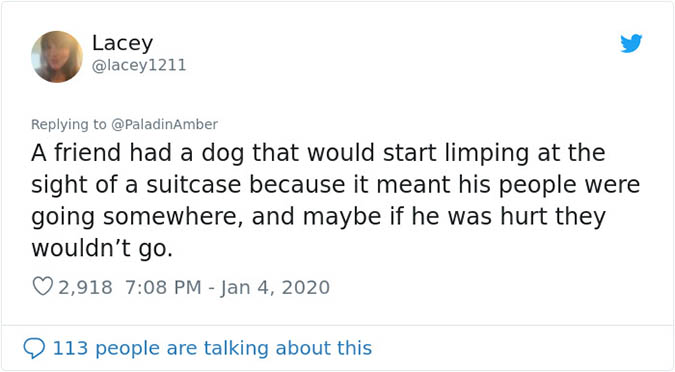 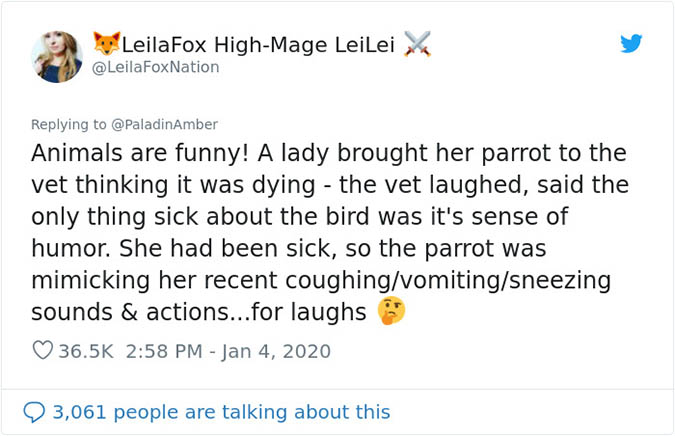 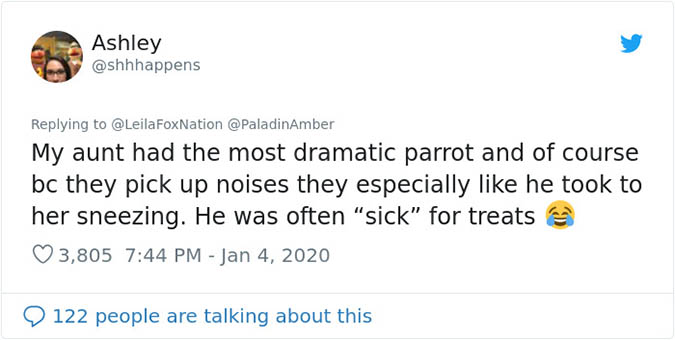 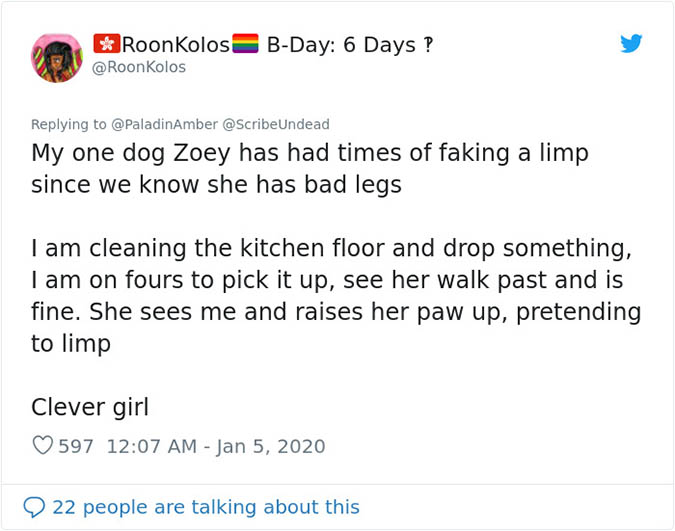 They’ll do anything for treats 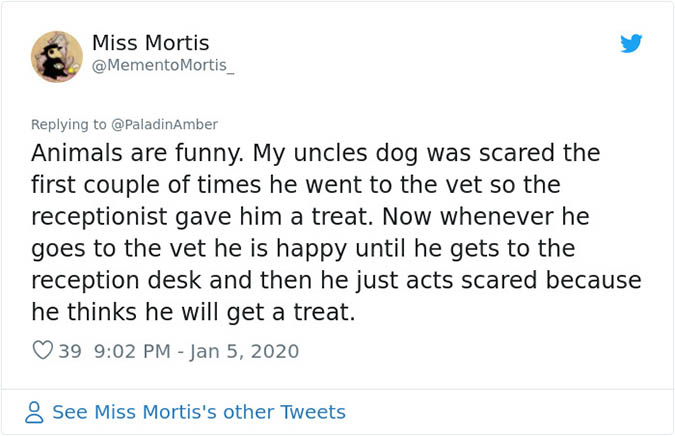 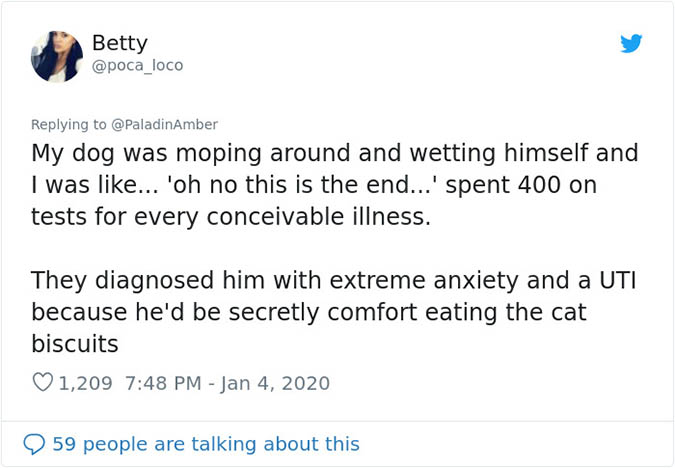 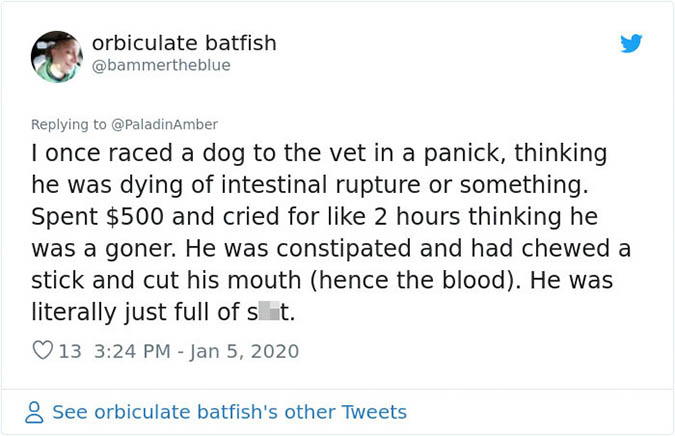 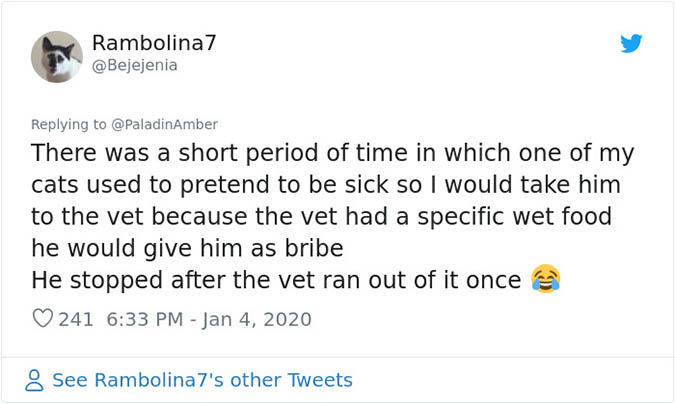 Pets get really sad too 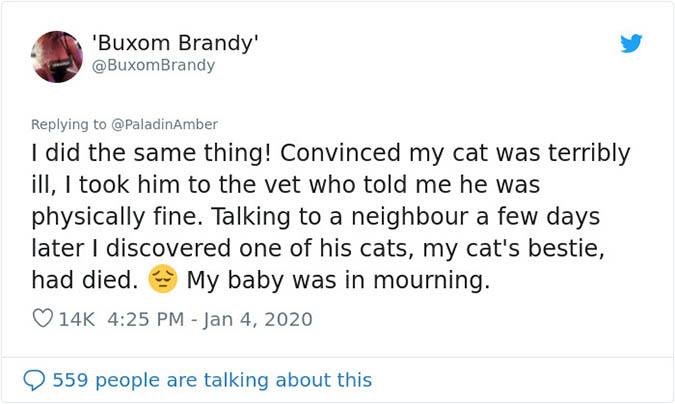 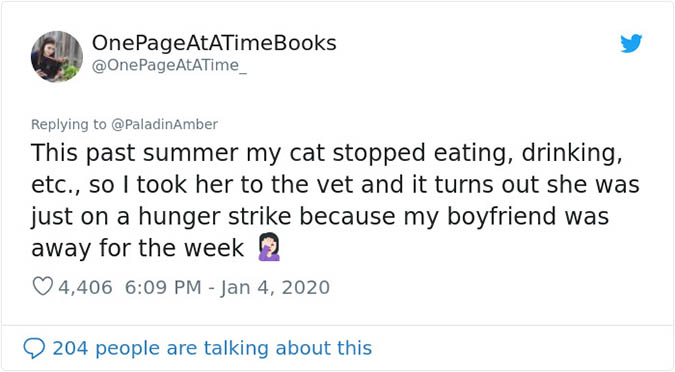 According to experts, our pets can develop depression for a number of reasons. One of the leading causes of this sudden mood dip among our beloved companions is when they miss someone. It could be a fellow animal or a person – anyone they share a close bond with. This may be a surprise to cat owners, specially, because of the animal’s reputation for being aloof. But they’re actually very social animals, and depression sets in when they lose someone they were specially close to. 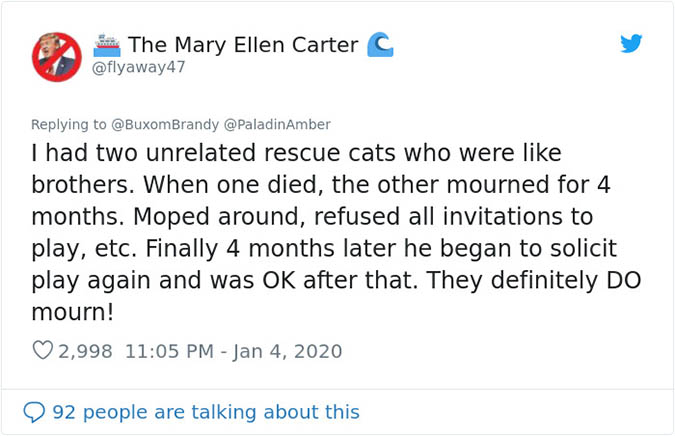 Now we know our pets also feel bad when they lose 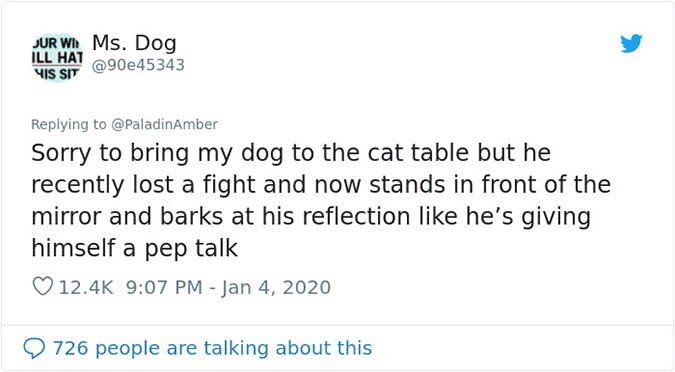 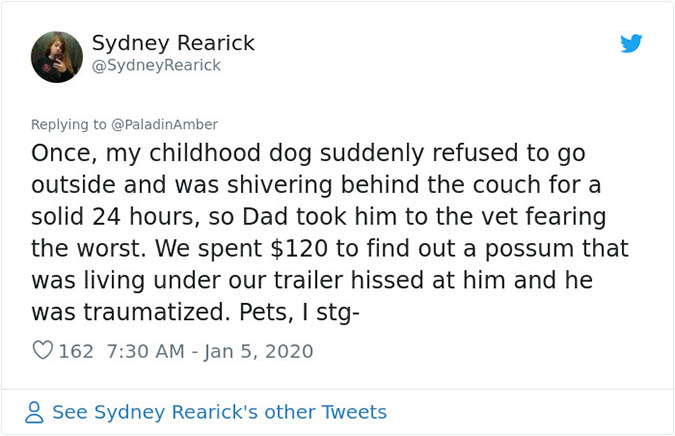 And now, thanks to Amber and Lewis, we also know that cats can sometimes have a tough time accepting defeat too! Lewis must’ve really taken the defeat to heart, since he took over three days to get over it. But has anyone really considered that maybe Lewis wasn’t moping, but reflecting? Perhaps he was asking questions like, “If I had scratched that cat in the bum, would I have won?”

Our pets might be trying to tell us something 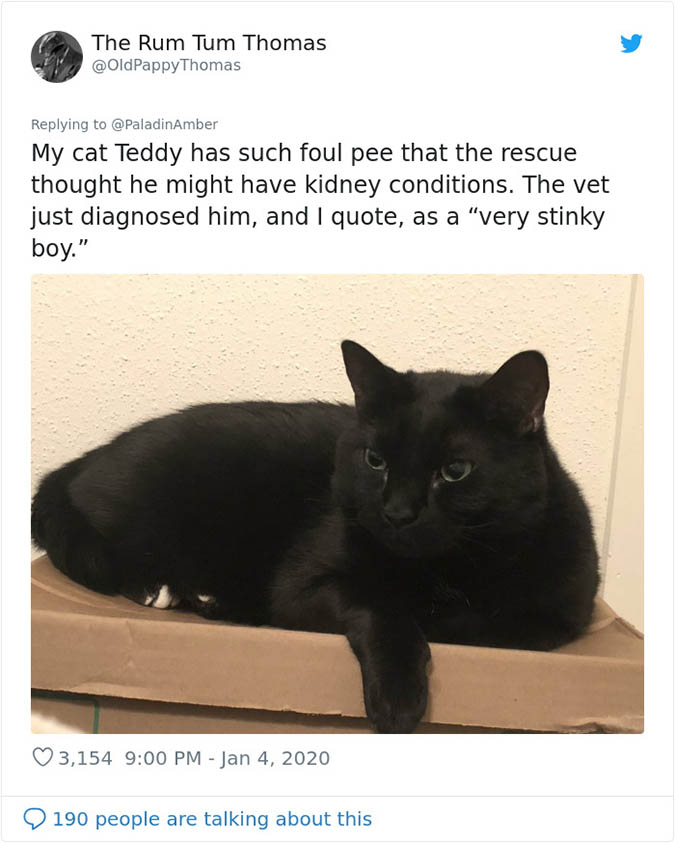 If you notice a sudden change in your pet’s appetite, grooming habit, and behavior, there might be a problem. However, don’t be too quick to label your pet’s condition as depression. It’s still best to  show them to a vet, since they might be trying to signal that they’re sick. Has you ever gotten that ‘is-my-pet-dying’ scare? What happened? Tell us in the comment section!