They say that hard work is the recipe for success. But sometimes, luck also plays a crucial role. Just like these fortunate people who eventually found out that their junk was actually worth a fortune. These mind-blowing stories might even change the way you look at ordinary things in your possession. You never know, some of which may turn out to be worth a lot of money.

It may be that old painting hanging in your kitchen, the piece of décor you bought from a flea market, or that hand-me-down rug that has been sitting on your floor for decades. So, it seems like hidden treasures are everywhere. All it takes is a keen eye and a bit of skill to figure out what your valuables are worth. And if you’re lucky, you can become an instant millionaire in the most unexpected way. Just like these people who thought they had worthless junk but it turned out to be worth a fortune.

“This Californian man has been disabled because of complications from an accident. His life has been hard; making rent and paying bills on his disability checks is almost impossible. Then, the most unexpected thing happened when he came across an old blanket he inherited after his grandmother died. He was later shocked to find out that the old blanket belongs to the historic First Phase Chief’s Blankets which is worth a fortune.”

Some antiques or heirlooms are worth a fortune because of the history attached to them, aside from the object’s rarity. So, before you throw away those hand-me-down items that you’ve inherited from your grandparents, it’s wise to get an appraiser first to help you determine the market value of your possessions. You surely don’t want to live in regret after realizing that you’ve thrown away a vintage item that is actually worth millions.

We’ve compiled these fascinating stories of people who instantly found a fortune by finding, buying or inheriting ordinary things that turned out to be treasures. 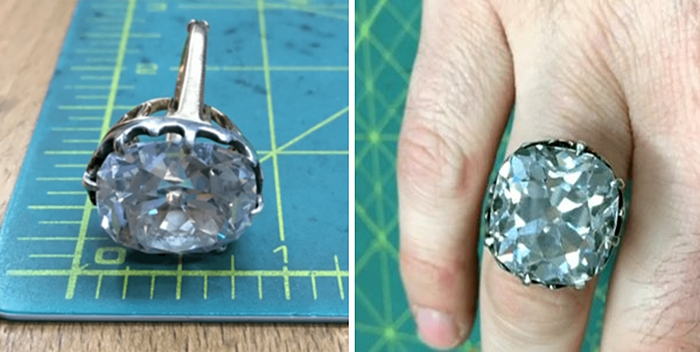 In the 1980s, Debra Goddard bought a piece of costume jewellery for $13 from a humble car boot sale. Thirty three years later, Debra decided to sell the jewelry hoping to raise a little cash after her mom lost a fortune to fraud. When she took the ring to a jeweler, she was stunned to discover that the costume ring was actually a 25.27 carat diamond and worth a fortune. It turned out to have an estimated value of $607k.

A scrap-metal dealer bought this metal egg from a house in the Midwest where he found it displayed on the kitchen counter. The metal egg contained gold and pearl pieces which he later sold at a flea market for $14,000. But little did he know that the container itself was way more valuable than the contents. The American man who purchased the metal egg claimed that the item is a genuine Faberge Easter Egg which is worth more than $20M. 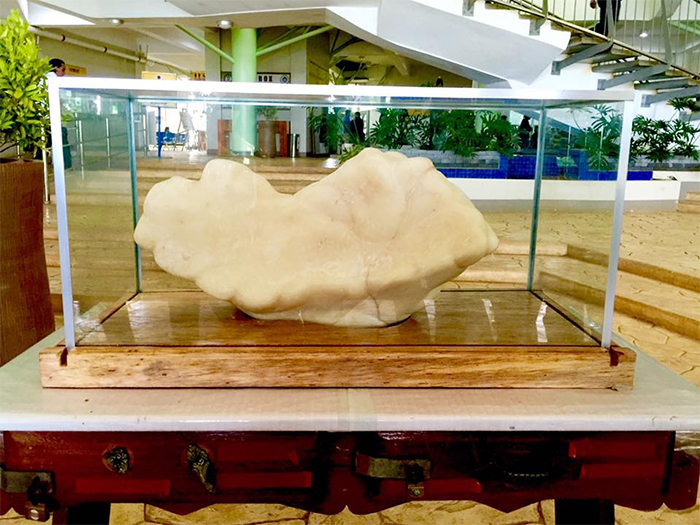 A fisherman in Palawan, Philippines discovered a giant pearl and thought it was just a massive rock. He kept the giant rock under his bed for 10 years believing it was his lucky charm.  When he had to move to another province, he asked his aunt to look after his lucky charm while he’s away. Upon seeing the giant white rock, his aunt knew at that moment that it was a valuable find. She convinced him to turn over the pearl to the city government. And that’s when they learned that the 34-kg pearl is actually worth $100 million. 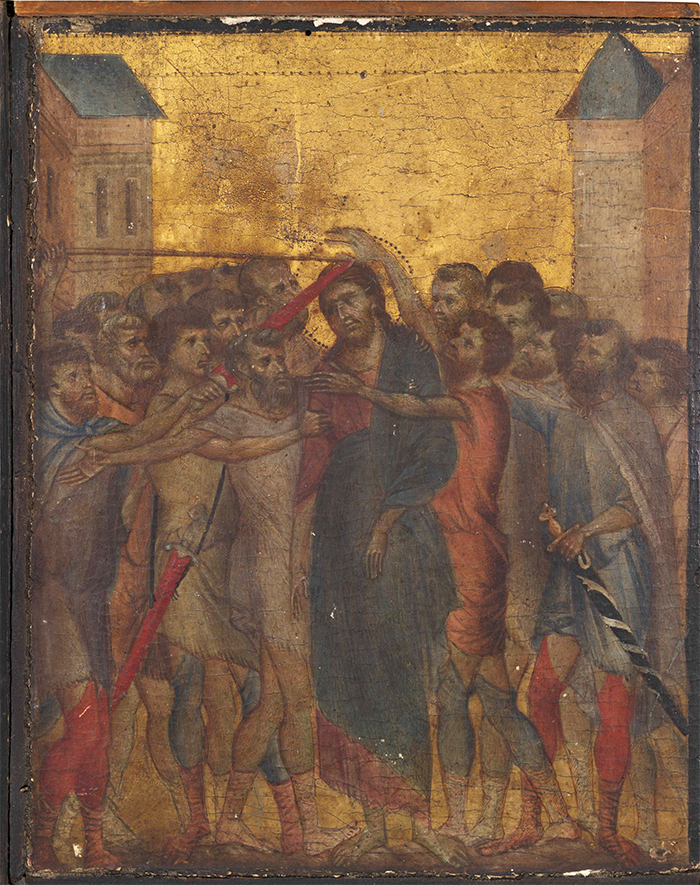 An elderly woman in France decided to sell her house so she invited an auctioneer to appraise the value of her belongings. She gave the auctioneer a week to determine which are worth saving and which are to be thrown to the dumpster. When the auctioneer noticed an old painting in the kitchen, he asked where she got it from. The lady said that the painting was already there as far as she could remember.

Upon looking it up, the auctioneer discovered that the painting was a 13th century masterpiece by Italian artist Cimabue. It turned out to be a part of a series consisting of 11 paintings that depicts the crucifixion of Jesus. The one in the lady’s possession is called “Christ Mocked” which was estimated to worth around $6M.

In the late 80s, a man in Edmore, Michigan bought a farm. Oddly, his purchase also comes with 22.5-lb iron hunk which the previous owner claimed was a chunk from a meteorite. Not taking the claim seriously, the man used the iron hunk as a doorstop. It took him 30 years to consider the possibility that the meteorite claim was true.

He took the rock to a geology professor who later confirmed that it actually came from a meteorite. The professor traced it back to the ‘30s where the big boom occurred. The previous farm owner could’ve probably collected the meteorite chunk from the crater formed from the asteroid crash. It was later named ‘Edmore Meteorite’ and is now known as the sixth largest meteorite found in Michigan.

A plate collector bought an odd-looking plate in Rhode Island for under $100 back in the 1970’s. She and her kids were fascinated by the smiley face on the black plate so she decided to display it above the kitchen stove. In 2010, she saw a similar plate being displayed in a gallery. That’s when she found out that the plate sitting above her stove for years was a genuine work of Picasso which was made around 1955. 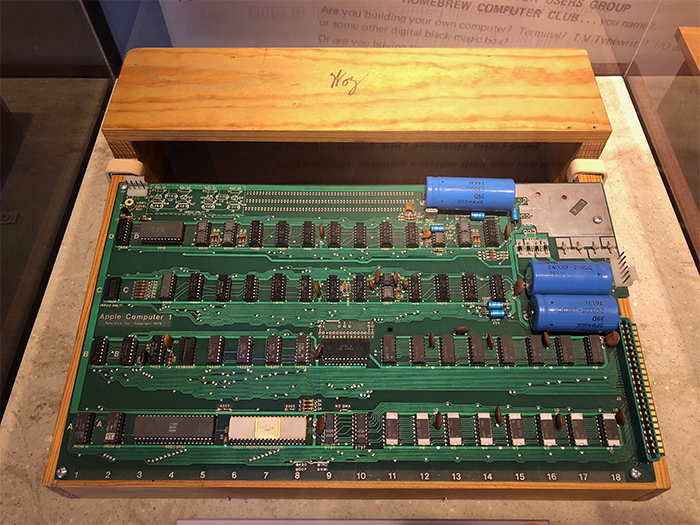 In 2015, a woman dropped off a box of scrap electronics at a recycling center in Silicon Valley. When the workers opened the box a few weeks later, they were surprised to see an Apple I computer inside.

Apparently, the woman who disposed of it didn’t know that the unit was one of only 200 first-gen desktop computers assembled by Steve Jobs, Steve Wozniak and Ron Wayne themselves. Since the mysterious woman did not leave any contact info, they were unable to find her. In the end, the recycling center was able to make a fortune by selling the computer for $200K.

In 2015, a man in Arizona found a variety of vintage watches while visiting a Phoenix Goodwill. As a watch collector with a keen eye for authentic watches, he immediately noticed an old LeCoultre Deep Sea Alarm watch. He bought the authentic watch for $5.99 thinking that he could sell it for a higher price, since he knew it was worth way more than that. He took the watch to an authorized dealer to determine its exact value.

What he didn’t expect is that the timepiece was a rare 1959 LeCoultre watch specifically designed for divers and it was one of the first watches to feature an alarm. So, when he posted a photo of the timepiece on Facebook, collectors began to bid for it. And he was able to sell it for $35K. 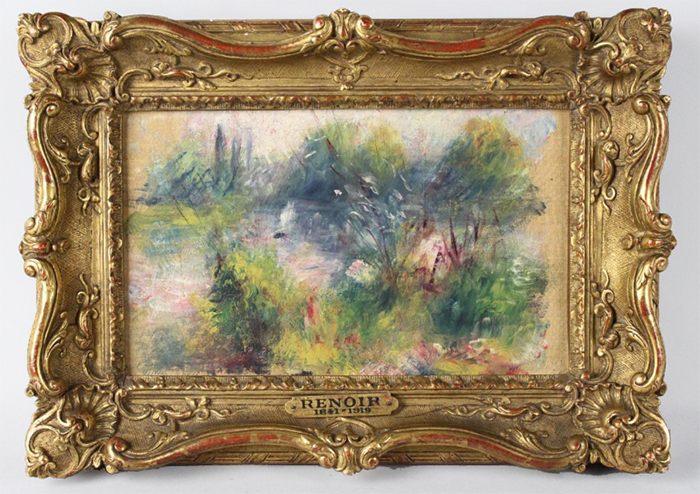 In 2009, Marcia Fuqua bought a painting in a flea market in West Virginia for $7. But she later stored it in a bag until her mother convinced her to get it appraised in 2012. Her mother, an art teacher, believed that the oil painting was worth a fortune. So, when Marcia brought the painting to an auction house, it was confirmed that it was an authentic masterpiece by Pierre-Auguste Renoir. The painting ‘Landscape on the Banks of the Seine’ was painted in 1879 and was appraised with a value of around $100K.

After news about her discovery broke out, Baltimore Museum of Art claimed that the painting was stolen from them in November 1951. And it hasn’t been found since then. How it ended up in West Virginia is still a mystery. Despite Marcia’s plea of ownership, the FBI ended up taking custody of the painting after the court ruled out that ownership rights cannot be transferred for stolen property. 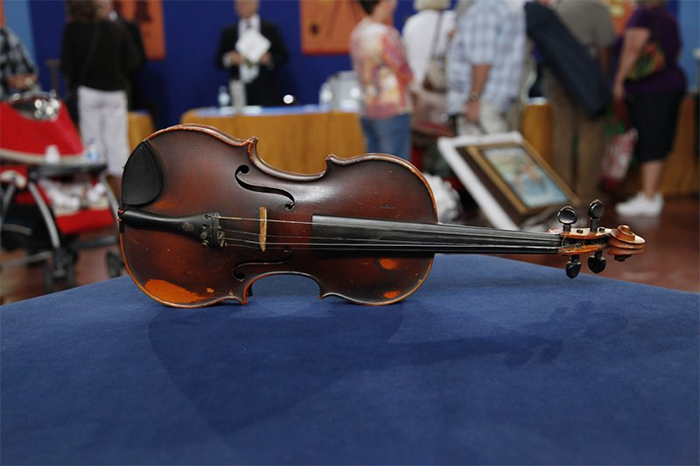 A Texan man found an old violin dumped by the side of the road in San Antonio, Texas. Coincidentally, his wife has a violin that she inherited from her grandfather. And he thought he could salvage the parts of the violin he found from the trash to repair his wife’s violin. So, he picked up the instrument and brought to a dealer to assess its value.

He later found out that his find was a 1922 Giuseppe Pedrazzini violin. At first, he was offered $1000 for the old instrument. But when he took it to Antiques Roadshow, the appraiser told him that it could be worth around $50K.

Andy Fields, a businessman from England, found a sketch of American singer Rudy Vallee in a garage sale in Las Vegas. It was one among other sketches that were up for sale for $5 each. The seller claimed that the sketches belonged to his late aunt who looked after Andy Warhol as a child.

Andy bought the sketch of Rudy Vallee not taking the seller’s story seriously. However, when he took out the sketch from its old frame to reframe it, he saw a signature on the back of the picture. It was unmistakably Warhol’s signature! When he took the sketch to an appraiser, he found out that it was a legit Warhol sketch which is worth as much as $2M. 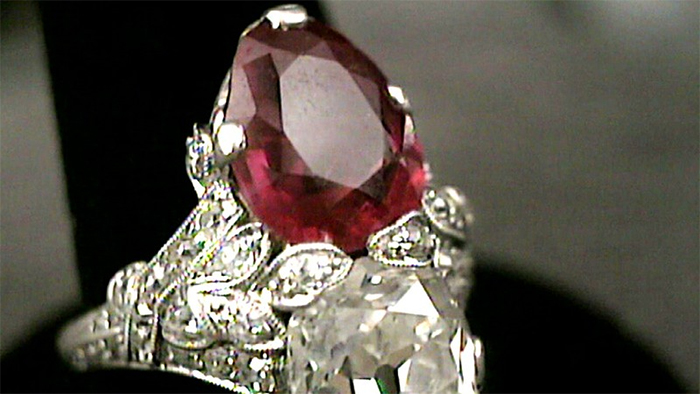 In 1998, a woman brought a set of jewelry pieces to the Antiques Roadshow to have appraised. She said she inherited the jewelry from her great aunt in the 1920s. The appraisers immediately took notice of the diamond and ruby ring which was valued at $80K. But in 2013, the appraisers from the show declared that the value of the jewelry piece has increased to $400K since it was initially appraised in 1998. 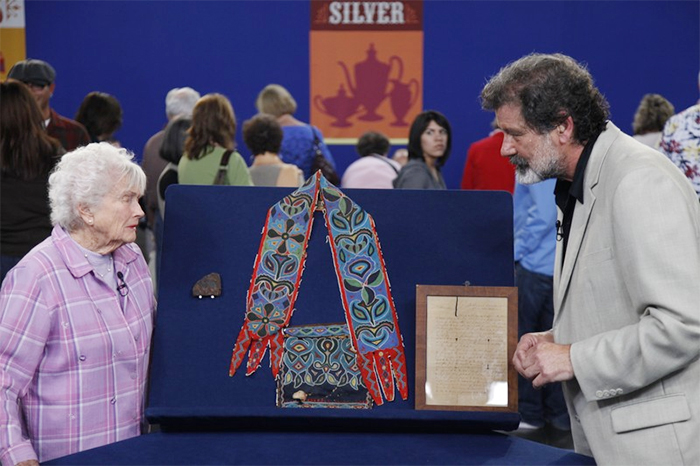 The woman also presented a letter from her great-grandfather to prove its authenticity. After thorough assessment, appraisers from the show confirmed that the bag was likely made in 1820s with an initial value at $25K. But three years later, the restored value of the Cherokee satchel increased to $145K.