Have you ever wondered what life was like back in the late 50s? Well, a lost purse retrieved at the North Canton Middle School might just give you an idea. The school’s custodian, Chas Pyle, discovered the red purse sitting in the cramped space between a wall and a locker. It appeared to have belonged to a young lady named Patti Rumfola. The items recovered inside the purse proved that she was a former student of the school in the 1950s to 1960s.

Pyle located the purse as he was about to reattach a loosened trim between the locker and the wall. He then took it to the school office to seek assistance in going through the contents to determine the owner. Lo and behold, the contents revealed that the owner lost it back in 1957, over 60 years ago. North Canton City Schools first posted about the story on Facebook on May 31, 2019.

A mysterious red purse was retrieved by the school custodian last spring. It appeared to have belonged to a former student named Patti Rumfola.

This is a picture of Patty

A lot of people expressed their interest in finding the owner of the purse. And they eventually did. Sadly, a recent update from the North Canton City Schools has announced that Rumfola had already passed away in 2013. She is survived by her five children who were lucky to get a glimpse of her teenage life at Hoover High School. And that’s all thanks to her recovered purse and its contents. 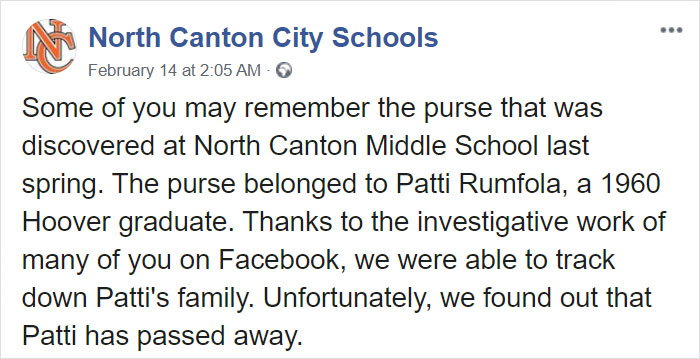 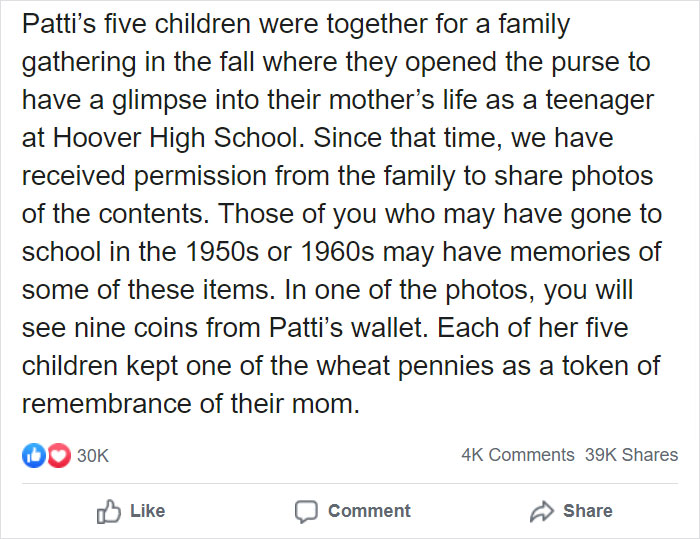 Many people were eager to know the 1960 Hoover graduate’s life after high school. So, the school shared her obituary as featured in The Punxsutawney Spirit on October 22, 2013. 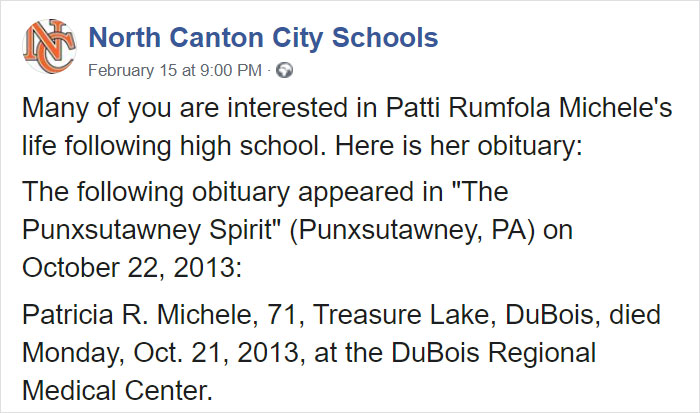 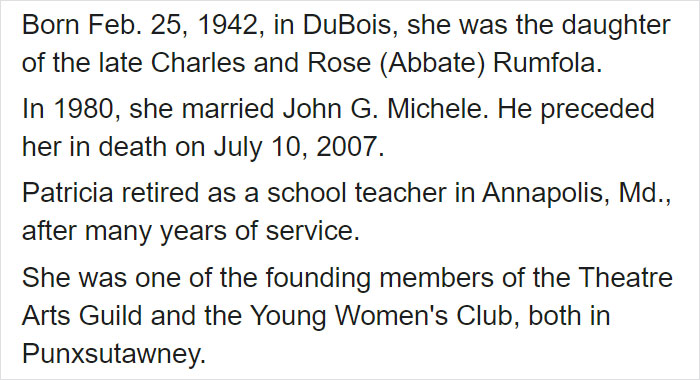 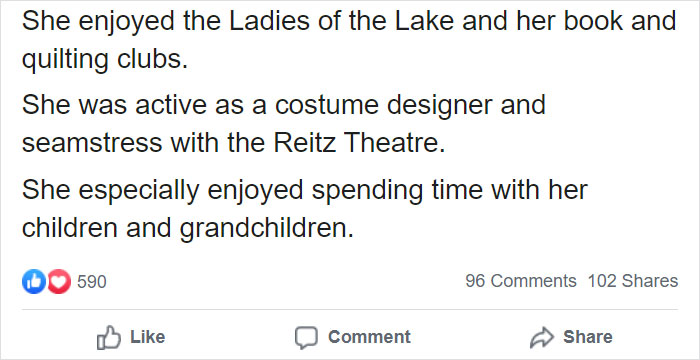 According to her obituary, Rumfola was born in 1942. In 1980, she married John G. Michele, whom she had five children with. She spent her life working as a school teacher while being active as a costume designer and seamstress. She died on October 21, 2013, at the age of 71.

Going through all Patty’s items is literally a blast from the past!