No one can possibly resist the urge to pet a giant fluffball. So, this vet clinic lets passersby come in and pet its resident animal – an overweight cat named Fat Fred. By posting a sign on the glass door, the vet clinic introduced the fluffy feline resident to everyone who passes by. An Imgur user who happened to walk by the clinic saw the hilarious sign and took a photo of it. They even snapped a photo of the adorable furball through the glass window. And there he was, casually lounging on the clinic’s floor in all his glory.

The humorous sign, which consists of three sheets of paper and one post-it, presents some brief details about the overweight cat who can be seen through the glass wall. The text written on the post-it reads El gato mas gordo, the Spanish term for ‘the fattest cat’. It was followed by three separate sheets of paper disclosing more about the chubby kitty. 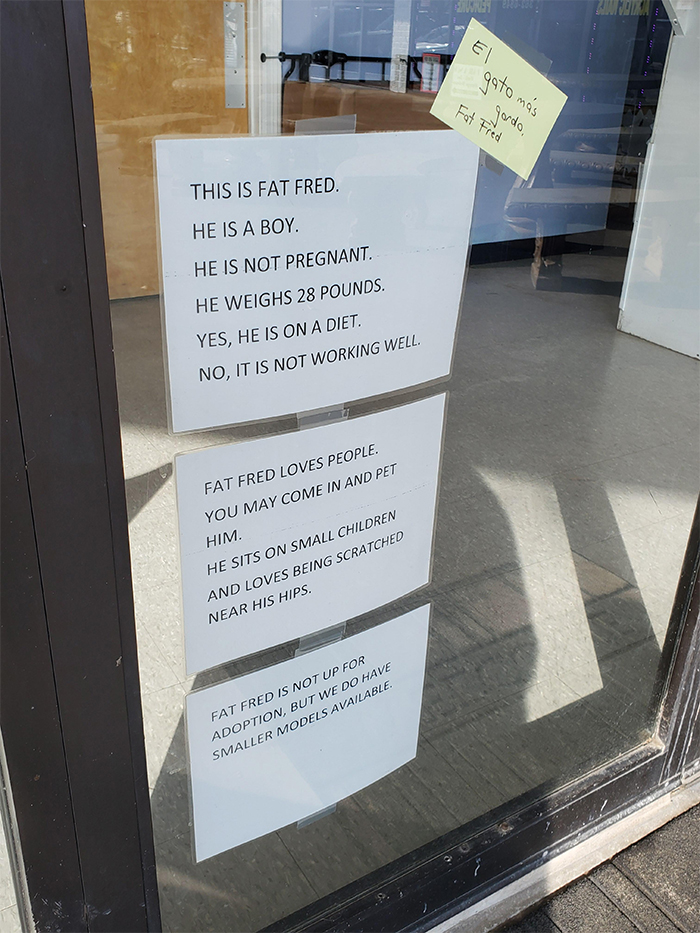 Shortly after sharing the photo online, the post quickly became viral much to the delight of all cat lovers around the world. As it turned out, the vet clinic made the sign because a lot of people have been coming in to ask if the plump feline is pregnant, if they could pet him, or if he’s up for adoption. The sign should tell them everything they want to know about this adorably overweight cat. 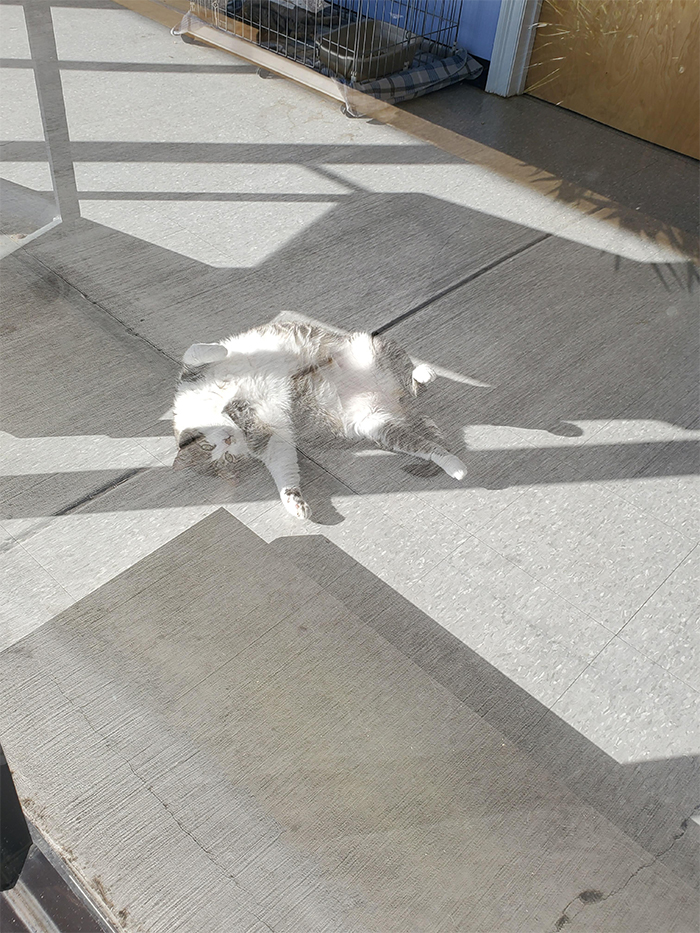 Here’s what people have to say about Fat Fred