Home » People » Grateful Tourist Wanted To Send A Thank You Letter But Has No Address, So He Draws Map On The Envelope

Grateful Tourist Wanted To Send A Thank You Letter But Has No Address, So He Draws Map On The Envelope

Travelling is important, because when we do, we’re able to de-stress, discover new things, meet people and gain stories worth telling. One man who visited West Iceland was so grateful to his hosts that he decided to send them a letter when he reached Reykjavik, the country’s capital. But there was a problem: he didn’t know his hosts’ address. However, he did remember where they lived. So instead of never sending the letter, the tourist instead draws a map on the envelope. He wrote:

“Country: Iceland.
City: Búðardalur.
Name: A horse farm with an Icelandic/Danish couple and three kids and a lot of sheep!”

He also thoughtfully added that “the Danish woman works in a supermarket in Búðardalur”. Judging by the amount of details the tourist wrote on the envelope, they really wanted the farm owners to get the letter. And to everyone’s surprise, the letter did make it, despite its lack of traditional postal information. This proves that even though things have definitely become more modern, Iceland’s local postal service still know their territory by heart. 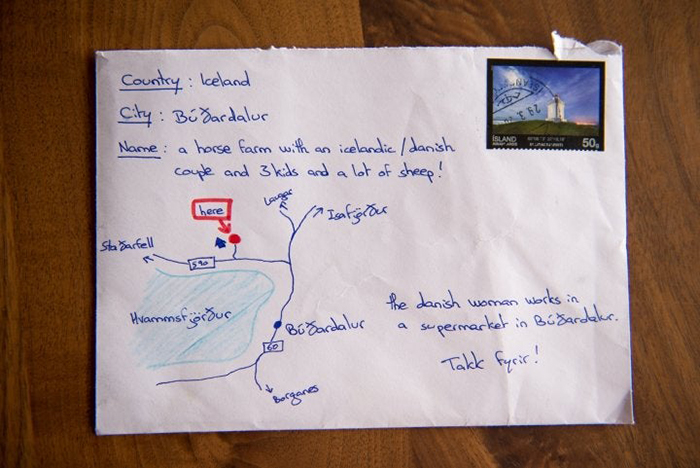 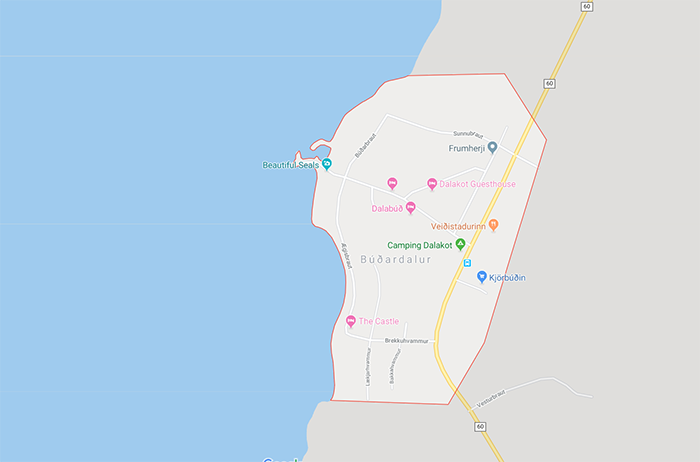 This sweet letter arrived in March 2016. But it wasn’t until May that its story began circulating online. Rebecca Cathrine Kaadu Ostenfeld was stunned when the postman handed it to her. It goes without saying that receiving a letter from someone is a touching experience. Their home was indicated on the map with a glaring red dot, after all. But it seems that the letter’s successful delivery was brought about because of the farm’s fame. 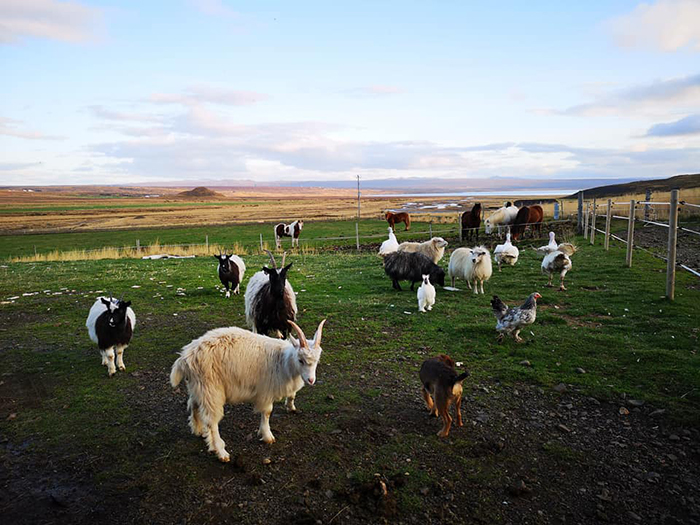 The humble “horse farm” that the tourist had described on the envelope, was in fact somewhat of a tourist attraction in Hvammsveit, West Iceland. It’s quite famous for its ‘mini zoo’ where guests can pet their resident horses, goats, sheep, pigs and other animals. And it seems that this particular guest had such a great time that he couldn’t help but show his appreciation long after he’d left! The Hólar family’s farm does have an address listed on their Facebook page. (But if you click on it, the link will redirect you to the middle of a lake! So maybe that’s why their tourist had trouble writing down a proper postal address.)