Mountain Dew Has A New VooDew Mystery Flavor For Halloween

It seems like releasing mystery flavors is slowly becoming a product marketing trend that’s here to stay. After all, it helps brands generate buzz online. More importantly, it gets people to actually buy their products out of curiosity. Apparently, this strategy appears to be working fine for Mountain Dew. And that’s why they’re bringing back their VooDew for the second time around this Halloween with a new mystery flavor!

In case you’ve missed it, the soft drink brand released its first-ever mystery flavor last year, which they later revealed to be candy corn. This year, they’re back at it again, so get ready to put your taste buds to the test once more! Reddit user swagemp was among the first to give the online world a preview of the new mystery fizz. 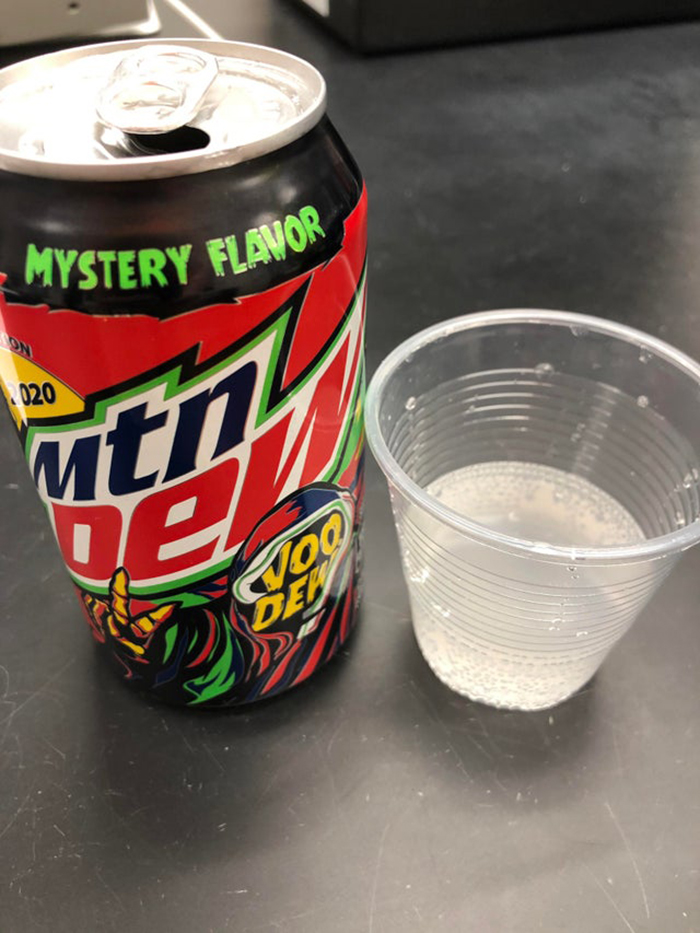 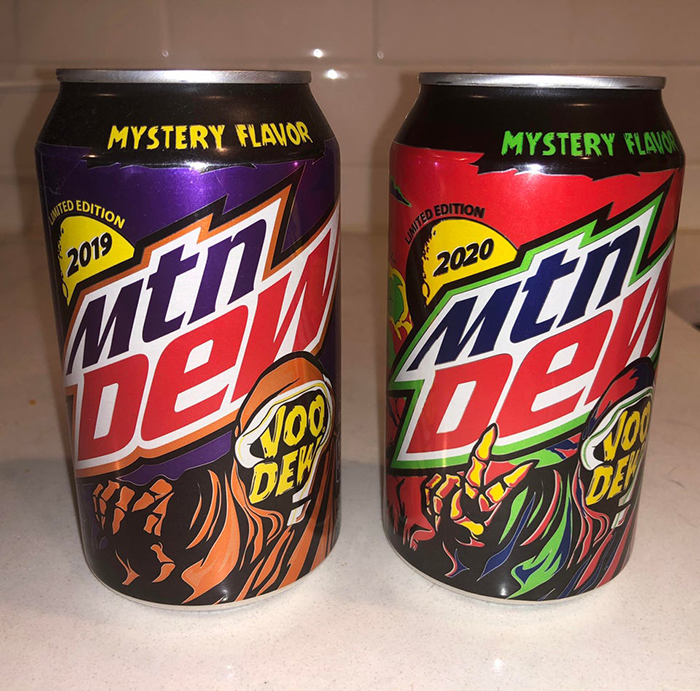 Get ready to challenge your taste buds once again because Mountain Dew’s VooDew is back with a new mystery flavor!

The Reddit user had a chance to taste the drink and concluded that it is marshmallow flavor. However, in a more recent comment, the user rescinded his “marshmallow prediction.” This came after Mountain Dew’s Instagram post featuring a short animated clip about the new mystery flavor. Apparently, the clip revealed the hint, “Andi Crufty,” which internet sleuths immediately speculated to be “fruit candy.”

Aaaand we’re back to our spookier scheduled programming: MTN DEW VOO-DEW has almost arrived! And this year’s flavor? Just follow the clues in this post, and be on the lookout for more clues in our upcoming posts ? Hit us in the comments with your guesses?

Meanwhile, according to snack reviewer @snackgator, this year’s version tastes just like Skittles. However, do note that Skittles was also among people’s top guesses for last year’s edition which turned out to be candy corn. Apparently, there’s no way to tell yet. So, your best bet would be to follow Mountain Dew’s official pages and be on the lookout for more clues in their upcoming posts!

OH YES BABY! ?? Mountain Dew VooDew 2 is HERE! This limited edition Mountain Dew has a mystery flavor….one that we think will get your attention like IMMEDIATELY! Upon first sip, Skittles comes to mind. Yes, SKITTLES! You're tasting the rainbow, in Mountain Dew form. Keep in mind, many guessed that the 2019 VooDew Mystery Flavor was Skittles, but it was later revealed to be candy corn (somehow). However, this years version tastes legit spot on with Skittles, much more than last years. We will be stocking up! ? ? We spotted this drink early at Meijer, however you should start seeing this flavor pop up nationwide as within the coming weeks. Let us know your thoughts when you try it! ?

Luckily, various Instagram users have already spotted this new drink in stores. So far, it’s available in Meijer and ShopRite stores and comes in both 12-ounce cans and 16.9-ounce bottles.

** #New Discovery * Shopping late last night @shopritestores was awesome!! Didn't feel like a nut while taking all our pictures and thankfully no one trying to get by a with their cart and asking us, "what's that for," after taking 5 pictures of one item to find the best lighting. Anyone else have these encounters?? lol ? I digress, let's get into one of our favorite new finds!!! This year's newest 2020 *Limited Edition* VooDew Mountain Dew Mystery Flavor is out !! We did not buy the 12 pack yet, we are waiting on a single to try first. This is the second year of the Mystery VooDew flavor. Last year's mystery flavor turned out to be 'Candy Corn.' ?? What's your prediction for this year? *? *? Tag a friend to share in the experience, follow us @dncsnacksterz for more exciting content, like and comment to join us on the snacking journey!????????????

It’s baaaaaack! @mountaindew VooDew is here and they have a NEW mystery flavor. A friendly Dew lover (@lwnk.21) was kind enough to let me share her photo of the latest liquid mystery. Found at a @meijerstores in Woodhaven, Michigan (just south of Detroit). I know Mountain Dew wouldn’t make this mystery the same as last year’s supposed candy corn, so I intend to find a bottle and share my feedback soon. Cheers till then and happy hunting to the rest of us! . . . #mountaindew #dew #dothedew #voodoo #mountaindewvoodew #voodew2020 #voodew #dadbod #dadbodsnacks #meijer #thirstythursday #thirsty #caffeine #caffiene #parentfuel #gamerfuel #mystery #mysteryflavor

As the packaging suggests, this new Voodew flavor is a limited-edition offering only. So, expect that it will be gone as soon as Halloween is over. Hopefully, it will be available in more retailers soon because we seriously can’t wait to challenge our taste buds again!