Buckle up for 2021 because Mountain Dew will be dropping its huge line of permanent flavors starting next year. We previously teased you with the new Snap’d Gingerbread Flavor which is the brand’s holiday offering for 2021. But the MTN Dew Snap’d isn’t the only exciting flavor to look forward to.

The upcoming soda creations also include the returning Baja Blast flavor along with its Zero Sugar version. But that’s not all. The brand’s 100 Days of Baja also includes two new Baja flavors: the Baja Punch and the Baja Flash. All four flavors under the Baja line are slated to be released July 2021 to give us the most refreshing summer ever.

Mountain Dew Will Release A Line Of Baja Flavors In 2021 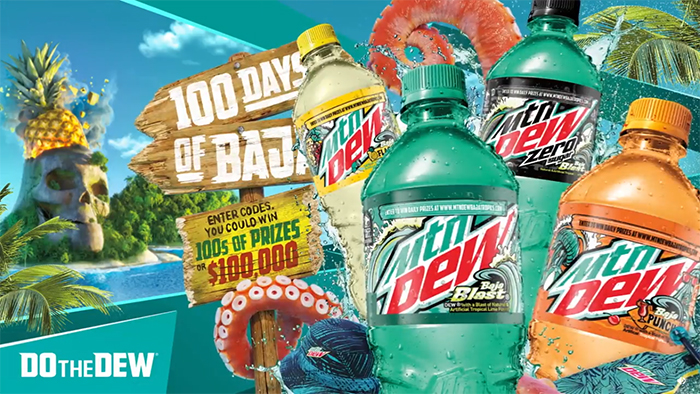 The Baja Blast flavor first came out in 2004 as a Taco Bell exclusive. In 2013, Taco Bell added a zero-sugar variant of the Baja Blast with the name Diet Baja Blast. In 2018, Diet Baja Blast returned to Taco Bell under a new name Baja Blast Zero Sugar. For years, both the Baja Blast and its zero sugar version have been offered as limited-time store releases. But for 2021, the soft drink brand decided to offer them nationwide as permanent flavors. 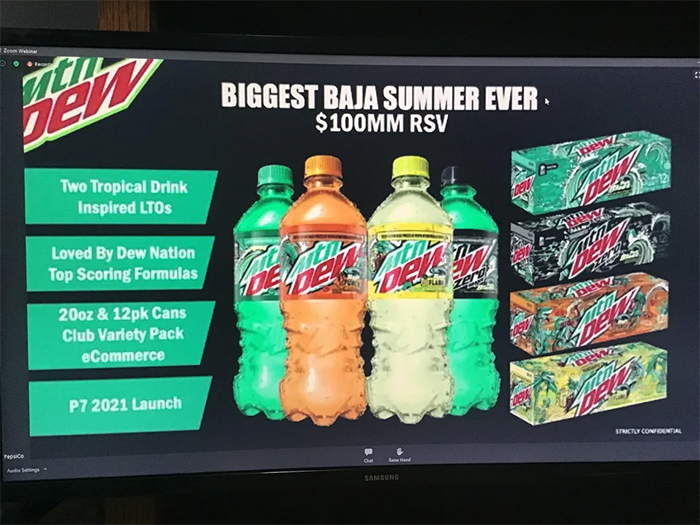 The teal-colored Baja Blast and the zero Sugar variant feature a blast of tropical lime flavor, and the latter has no sugar. Expect to see these variants hitting stores nationwide in summer next year. And as we said earlier, two new flavors will be joining the Baja line based from the leaked ad materials and MTN Dew 2021 Road Map Video on Reddit. The Baja Flash is described as a pina colada flavor which explains its yellow color while the orange-colored Baja Punch is described as a tropical punch flavor.

The Baja Blast line and Snap’d Gingerbread Flavor will be the brand’s official offerings for summer and holiday seasons respectively. These refreshing soft drinks will be available in 20-oz bottles and 12-pack cans. To say we’re excited for 2021 is an understatement. MTN Dew has more in stores for us to reinvigorate our spirits all year long. Needless to say, there are other exciting flavors that are also coming next year. So, stay tuned as we unveil more flavors that are set to be released after 2020.