It’s no secret that Japanese are the masters of paper art as it was them who invented origami a thousand years ago. But Japanese artist Haruki takes paper-folding to another level with his impressive product packaging art. Instead of using standard paper, Haruki uses snack boxes and cups to create amazing paper sculptures.

Traditional origami only involves paper folding so cutting, gluing, or marking is not allowed. However, another type of paper folding art called kirigami allows folding, cutting, and gluing the paper to achieve the desired shape. Haruki’s art falls into the latter. Using various product packaging, he creates intricate figures and miniature sculptures by cutting and folding empty snack boxes. The talented artist doesn’t use glue in crafting his amazing designs ranging from robots and classical warriors to vintage cars and houses.

“I made it with empty boxes of Pringles!” 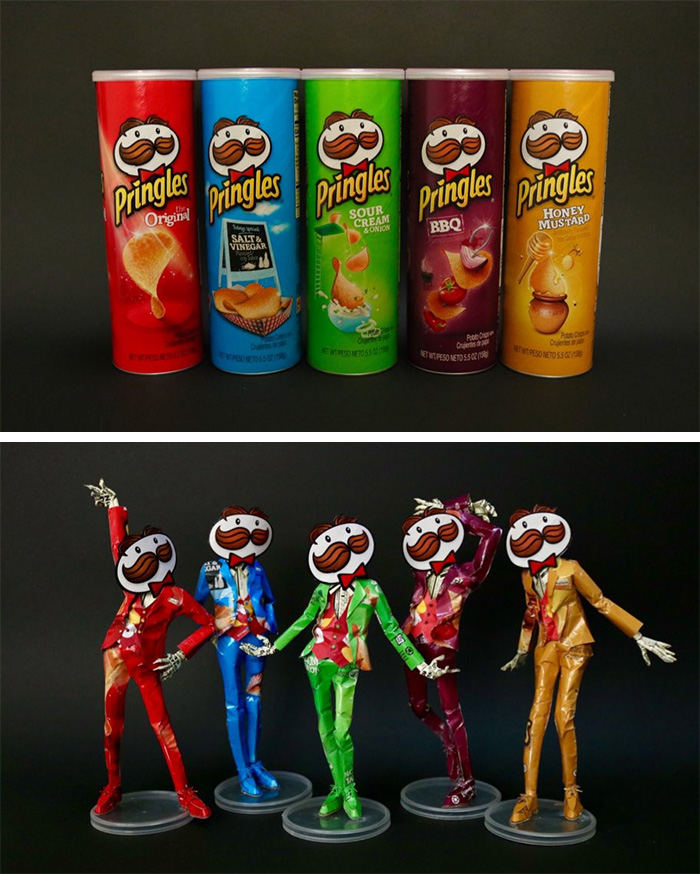 Instead of using paint or adding markings on the paper, Haruki makes use of the packaging’s original design to fill in the details. Using the face of a boy as the head of a humanoid robot, depicting the Starbucks mermaid as a dragon-rider, and many other amazing artworks that are sure to impress. We’ve picked out his coolest and most stunning creations from his Twitter page to encourage you to think twice before throwing away your snack boxes. 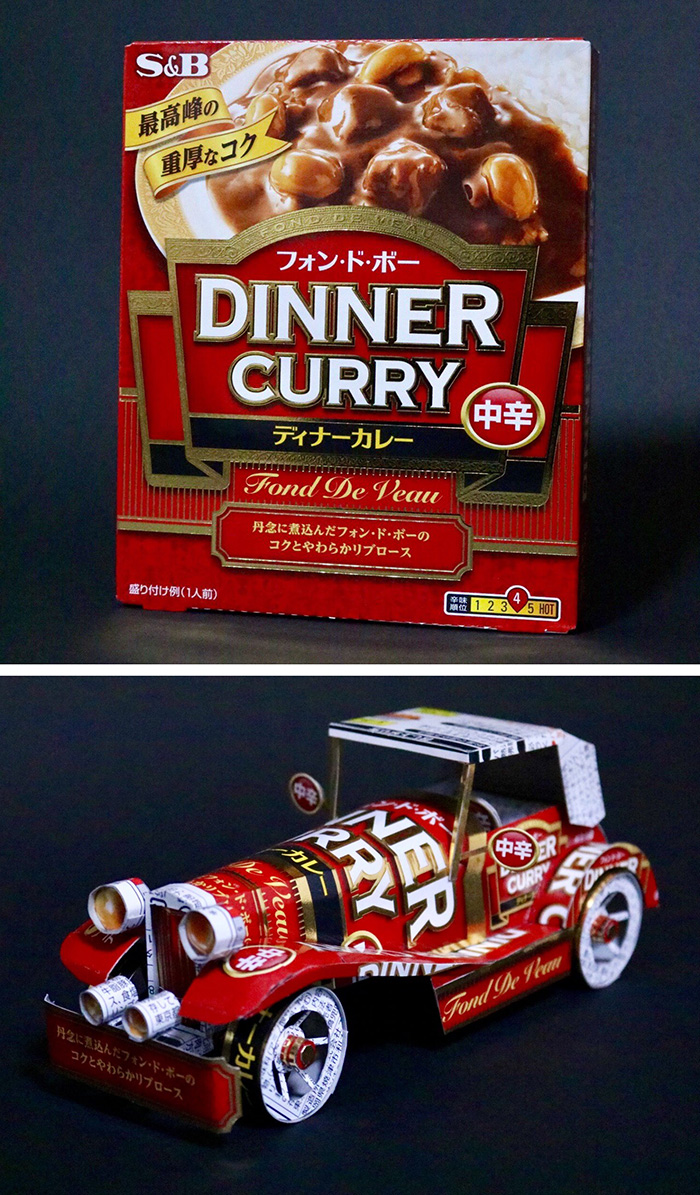 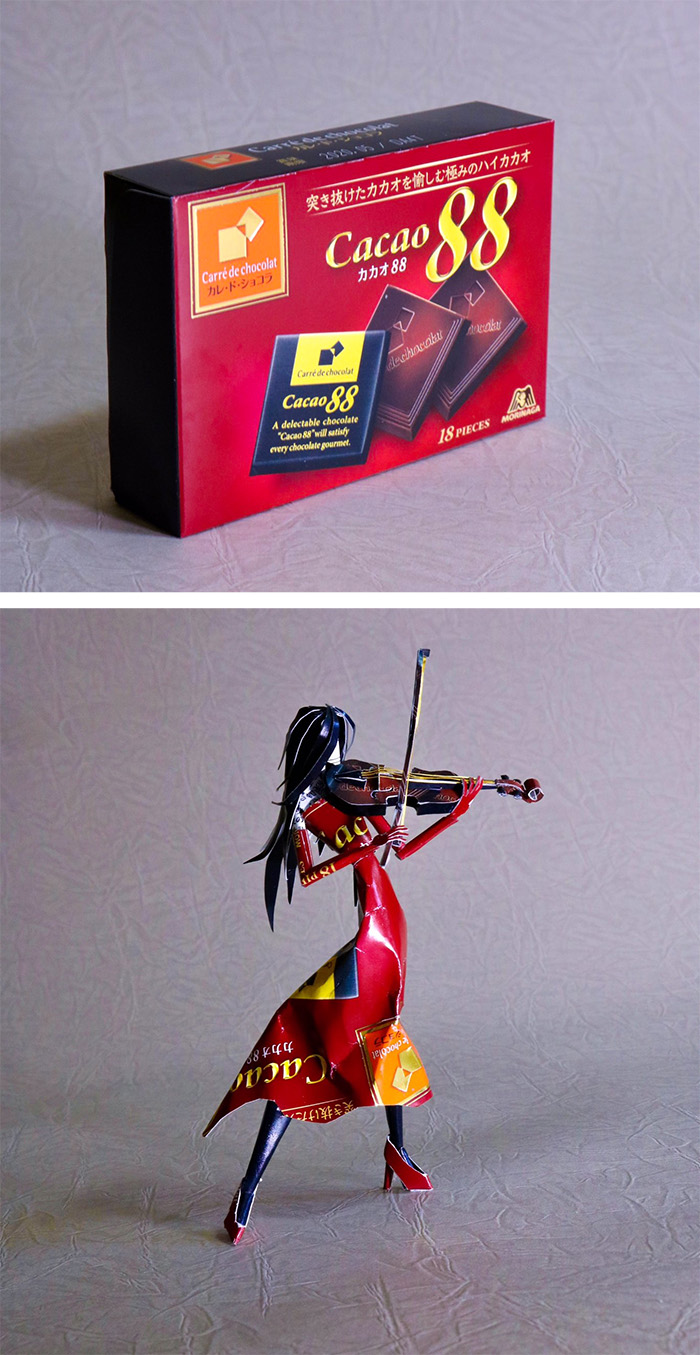 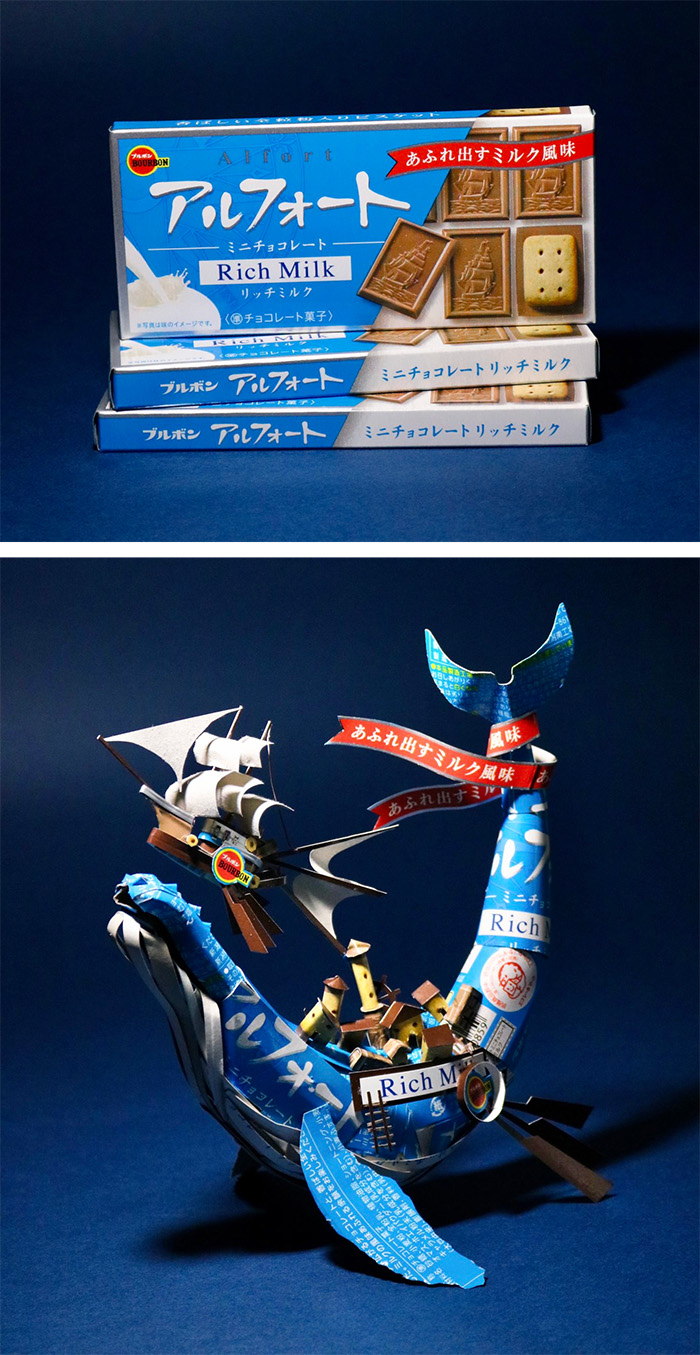 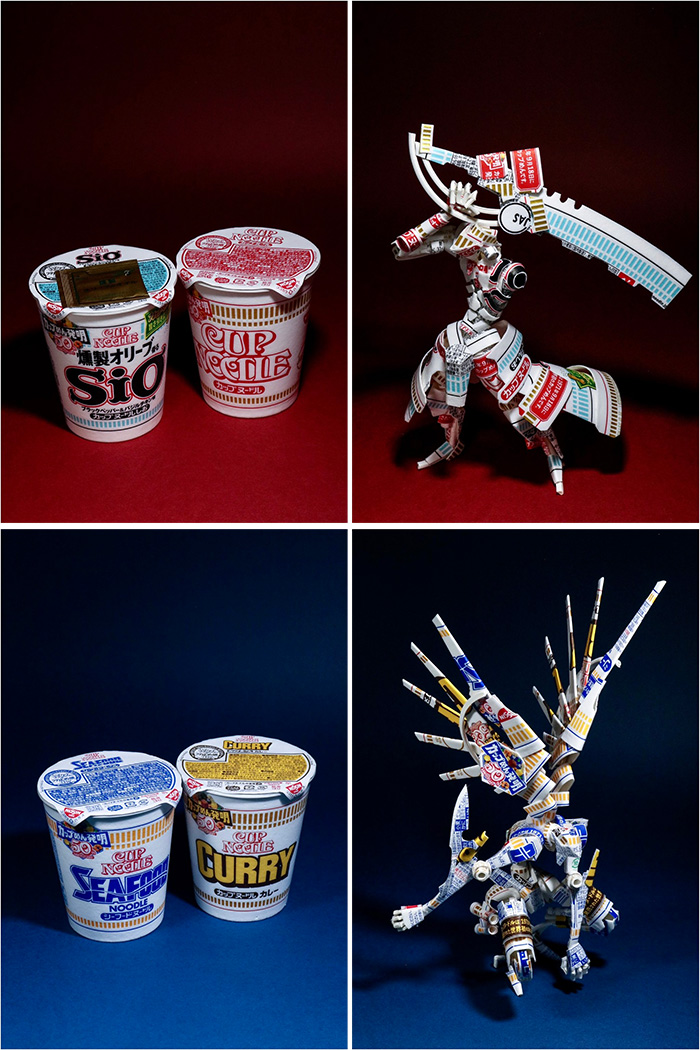