Looking for something scary for the Halloween yet cute enough to be cuddled? Look no further than this Monty Python Killer Rabbit Plush. Geeks from around the world gathered in the annual Comic-Con International in San Diego last July. As expected, the event offered the best collectible exclusives that hard-core fanatics could only dream of. Among the vast archive of the event’s exclusive collectibles, there’s one particular item that both amused and bewildered the attendees.

It’s no surprise that the collection mostly made up of Avengers-inspired items, with some Disney-themed collectibles in the mix. So when young attendees saw a plush rabbit with pointy teeth and bloody mouth, some of them were somewhat perplexed. 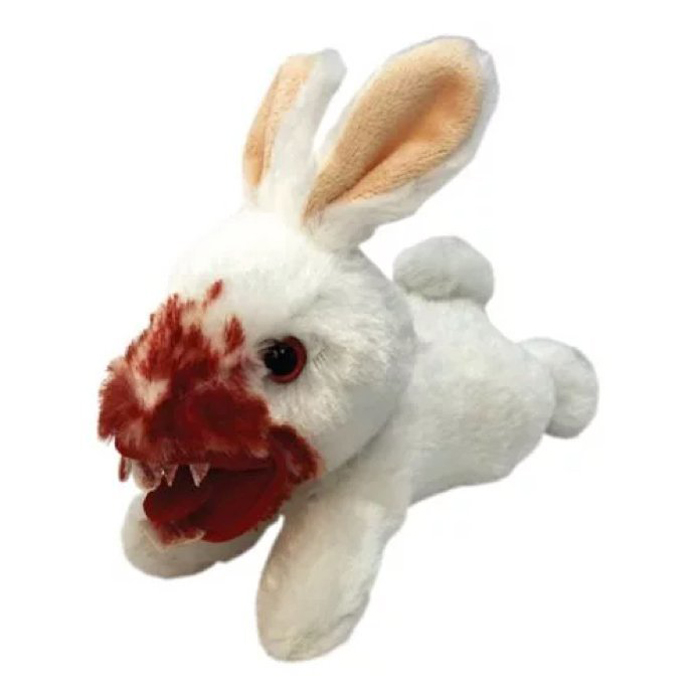 To celebrate the 50th year anniversary of the British satirical comedy TV show Monty Python, the Comic-Con included the Killer Rabbit of Caerbannog plush into its collectible exclusives. The Monty Python Killer Rabbit plush is a tribute to the human-eating bunny in the film Monty Python and the Holy Grail (1975).

If not for those blood-stained snout, one would think this innocent-looking bunny is all friendly and huggable. But learn it from the brave knights who lost their lives when they served as a meal to this viciously hungry killer rabbit. 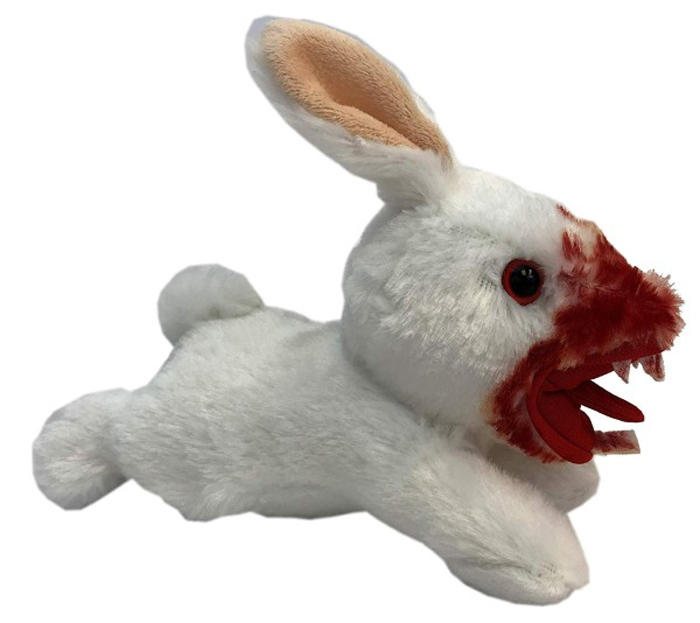 Despite the hero-studded collection of collectible items, the Monty Python Killer Rabbit plush didn’t allow itself to be overshadowed. In fact, it was one of the most eye-catching pieces of the collection. Comic-Con exclusives are not usually intended for public sale. But due to popular demand, the Monty Python Killer Rabbit plush was made available.

It can really make a perfect Halloween decoration. Imagine placing this plush in a pile of bones to make it appear like it just finished some raw snacks. Yup, you can also use this plush bunny to teach your kids to never assume that any innocent-looking creature is safe.

You can get one here. There are other killer rabbit plush toys on Amazon but this listing is actually the closest thing to the Comic-Con’s offering. 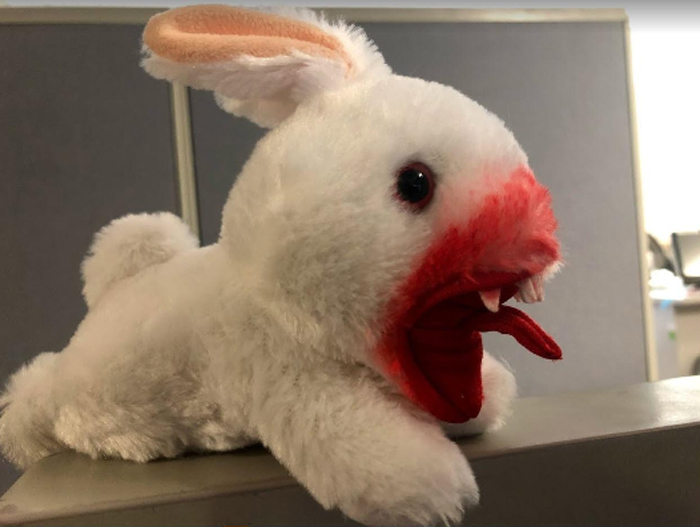 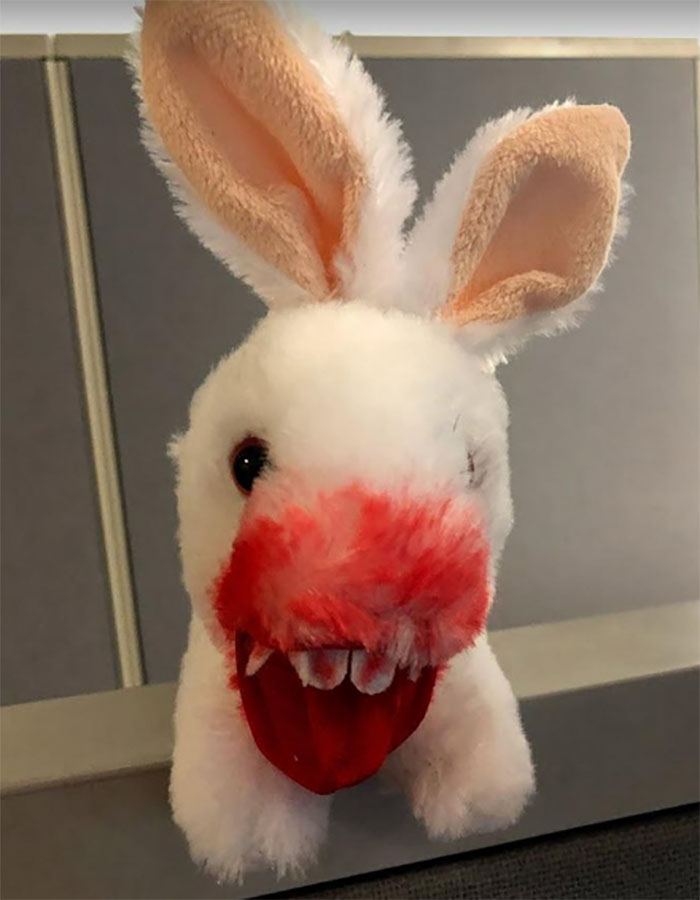