Winter hasn’t been nice to us as we underwent extreme cold temperature for the most part. In fact, Chicago, Illinois recorded a temperature of -23F during the peak of winter season. The extreme cold in Midwestern U.S. has caused the waters of Lake Michigan to turn into ice shards. Frozen Lake Michigan is indeed a sight to behold with its hills forming from crashing waves over piles of ice. But little did we know that something more spectacular is about to happen after the winter season.

The arrival of spring season brings warmer temperature. Eventually, all existing packs of snow or ice piles brought about by winter will melt away. The thick layer of ice on frozen Lake Michigan is starting to thin out. And the flowing water underneath the ice is able to push the sheets to the surface. When this happens, the sheets of ice shatter into millions of pieces, forming fascinating patterns that resemble dragon scales.

Due to its mesmerizing looks, many people are drawn into the frozen Lake Michigan with its layers of ice shards. However, the U.S. Coast guard warned the public about the danger of getting near the ice shards. The stunning phenomenon is certainly worth capturing in photos but it is advisable to just view it from afar. Aside from getting injured by the sharp shards, the ice can collapse anytime as it gradually deteriorates and breaks up. 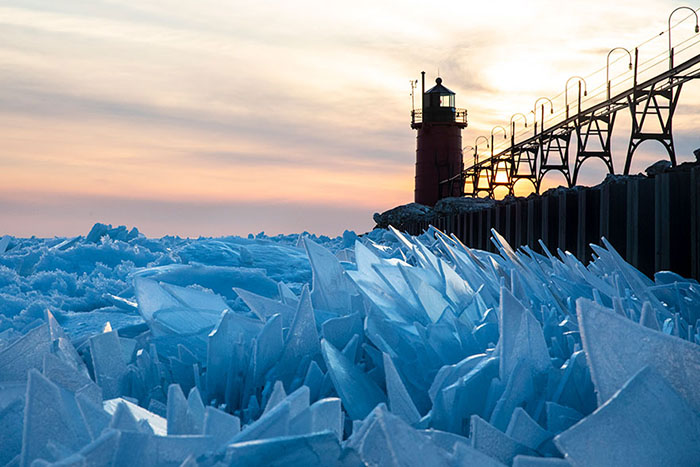 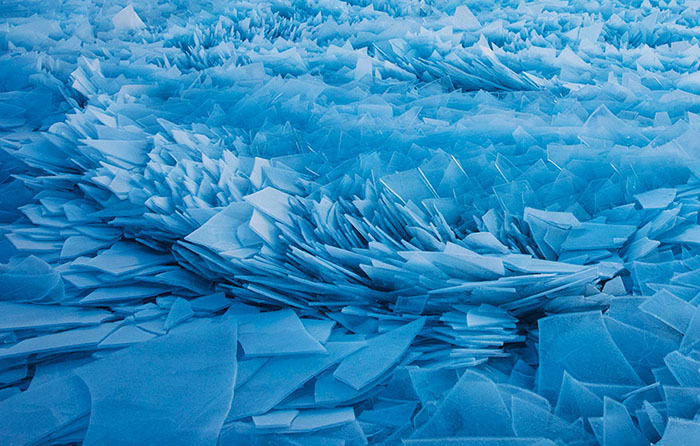 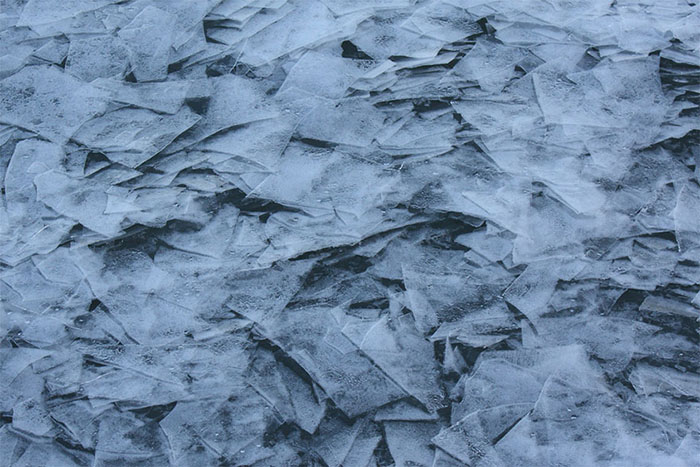 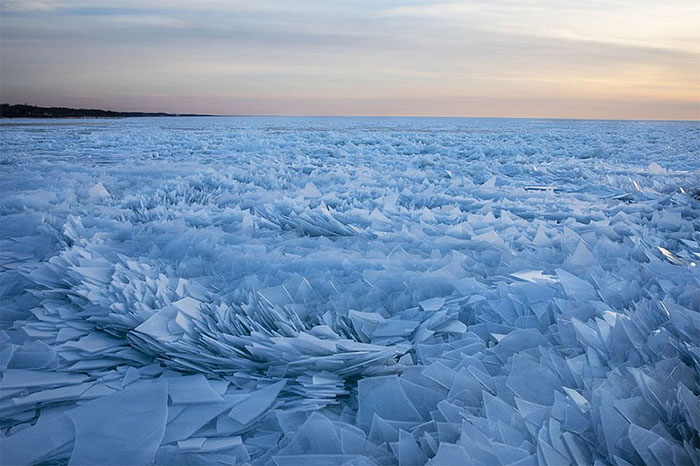 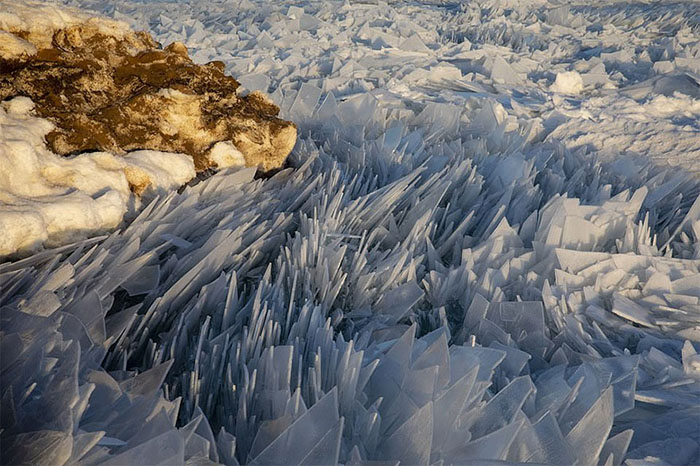 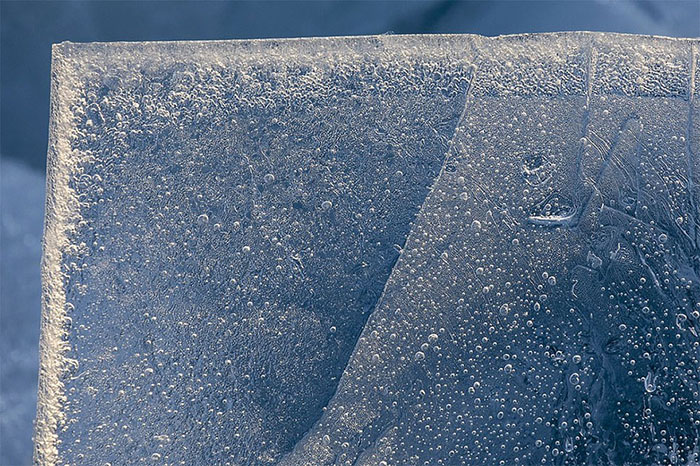 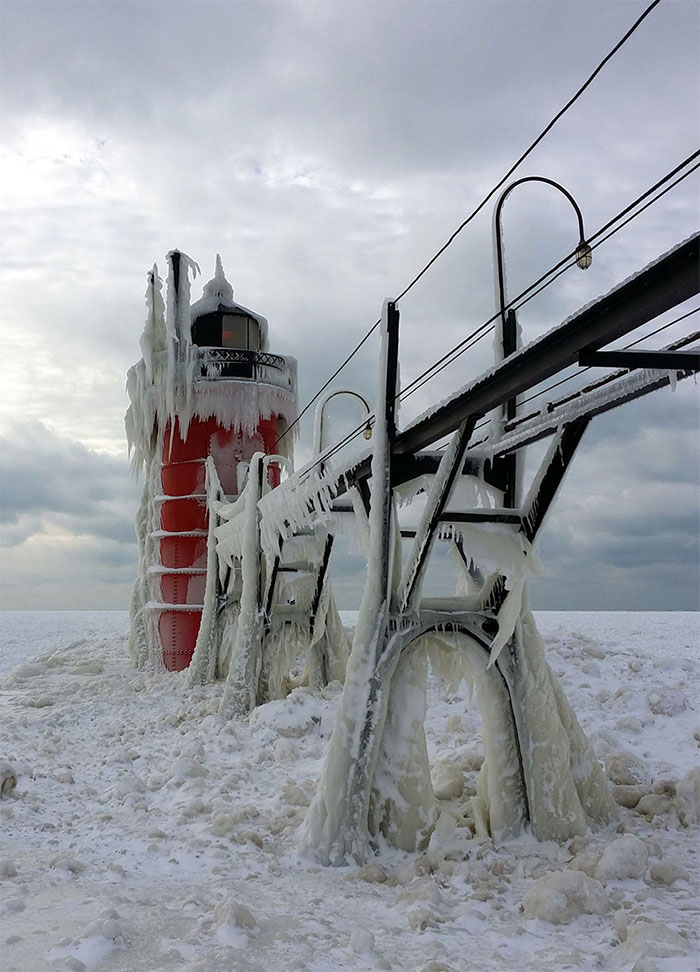 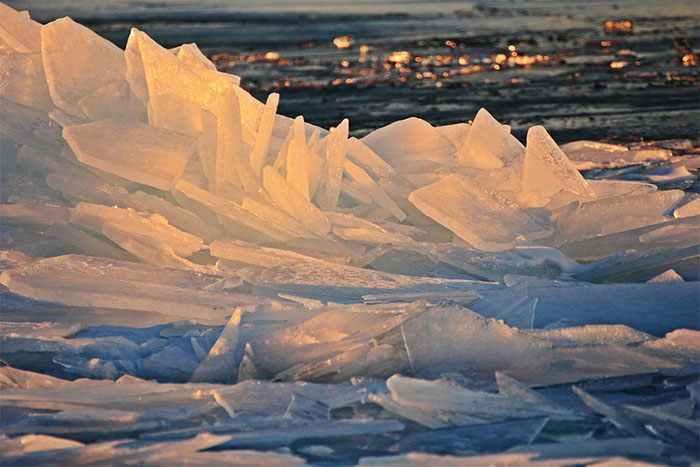 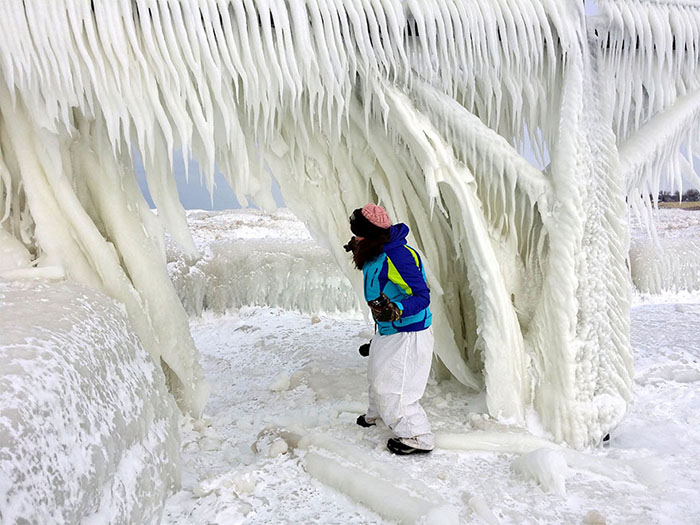 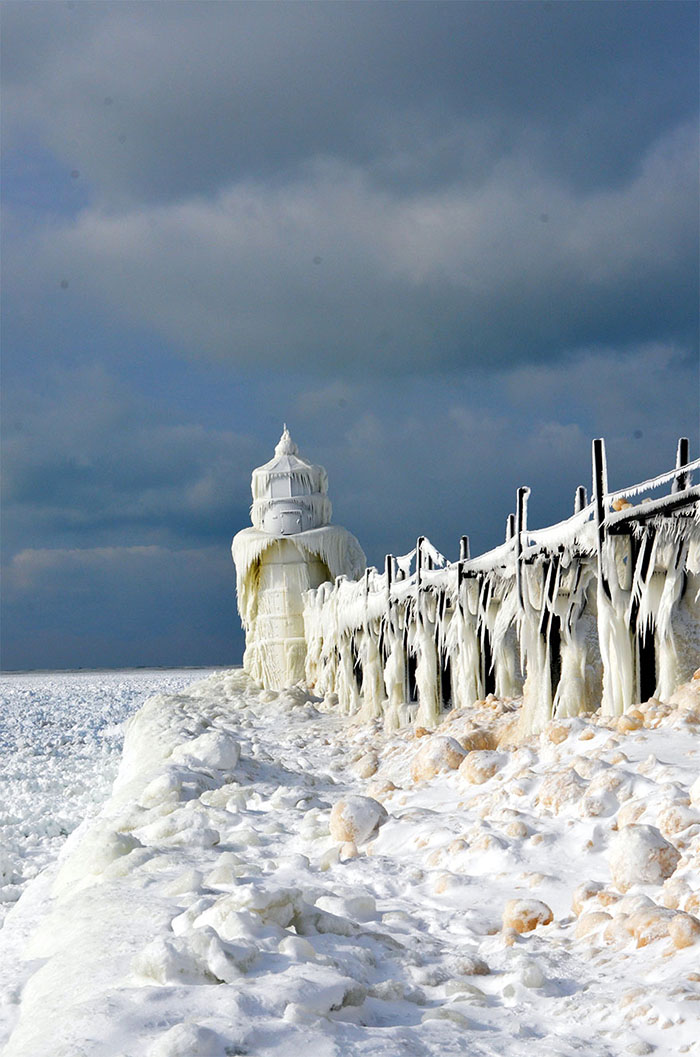 Being one of the 5 Great Lakes of North America, Lake Michigan is the only one that is entirely located within the United States. It stretches from east to west and is shared by Wisconsin, Illinois, Indiana and Michigan. The name Michigan came from the Ojibwe (indigenous language of North America) word michi-gami which means great water. Lake Michigan falls behind Lake Superior and Lake Huron as the third largest of the Great Lakes by surface area. 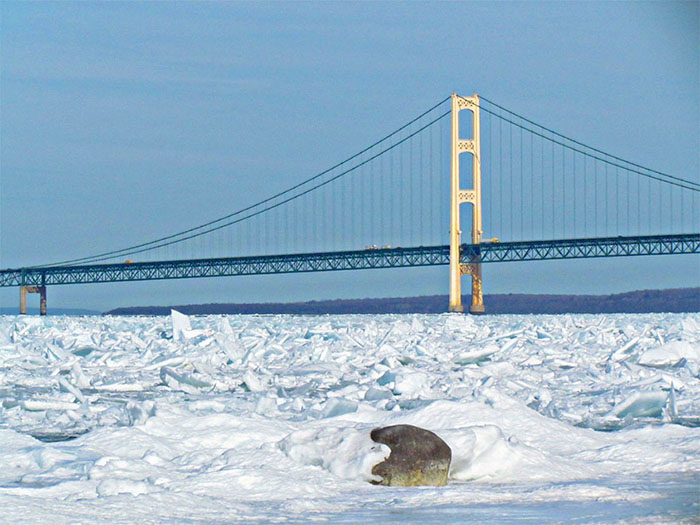 The earliest human inhabitants of the region were the Hopewell Indians. But after the decline of the Hopewell culture in 800 AD, the region became the home of the Late Woodland Indians. At present, there are approximately 12 million residents living along Lake Michigan’s shores, mostly in the Chicago and Milwaukee areas.

People’s reactions to the phenomenon