Up Your Game This Halloween With A Creepy Inflatable Beetlejuice Sandworm

It’s never too early to put up your spooky Halloween decorations. With that being said, go get yourself this inflatable Beetlejuice sandworm to adorn your lawn this spooky season. When it comes to horror-fantasy films, nothing beats the classic. And if we’re talking about classic horror film genre, no other name comes first than Tim Burton. Beetlejuice (1988) was Burton’s first feature eccentric horror film and this film made him established himself as an unconventional filmmaker. Although the movie revolves around the infuriating misbehavior of the miscreant ghost named Betelgeuse, there are also other unforgettable characters in the movie. One of which are the terrifying species called Sandworms that mostly prey on distressed souls that are currently in limbo. 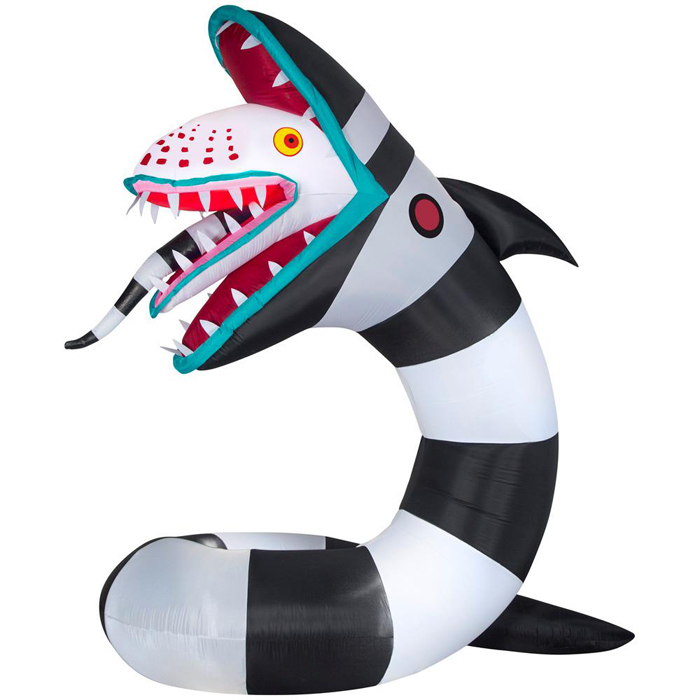 Just when you thought death is the end of everything, here come the Sandworms that will terrorize you in the afterlife. What could be more horrifying than that? This coming Halloween, you can turn your lawn into a ‘Forbidden Zone’ by placing this inflatable Beetlejuice sandworm. This giant ghastly creature will surely terrorize both the living and the dead with its nightmarish appearance. Based from the species from the movie, this inflatable décor also features a body with vertical stripes. It has a large head that houses a smaller head. Both heads have conical teeth and eyes. But the smaller head has a snake-like tongue that also features black-and-white stripes. 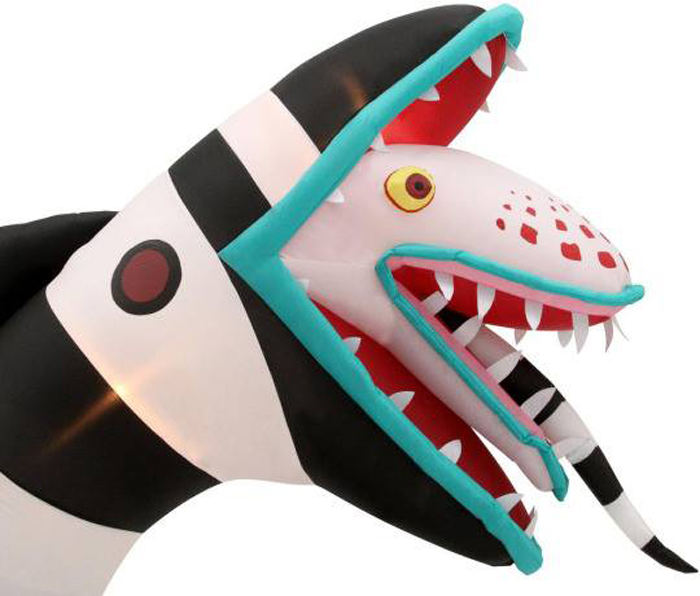 This inflatable Beetlejuice sandworm stands 9.5 feet tall when fully inflated. And this isn’t your typical Halloween décor because it has animated features to bring your worst nightmares come to life. It comes complete with lights and its serpent-like tongue automatically moves from side to side. 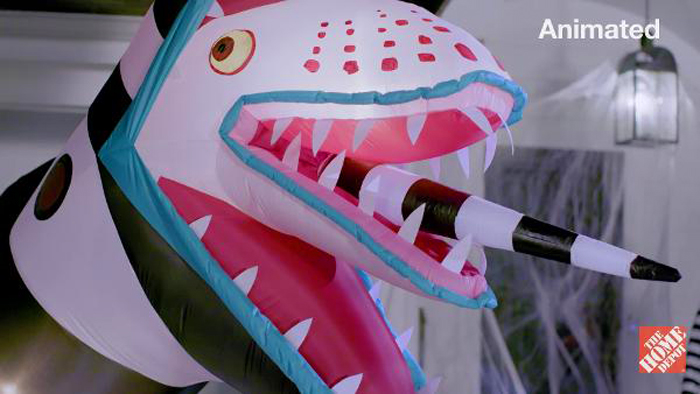 This 9.5 foot tall inflatable Halloween decor is based from Tim Burton’s 1988 film Beetlejuice 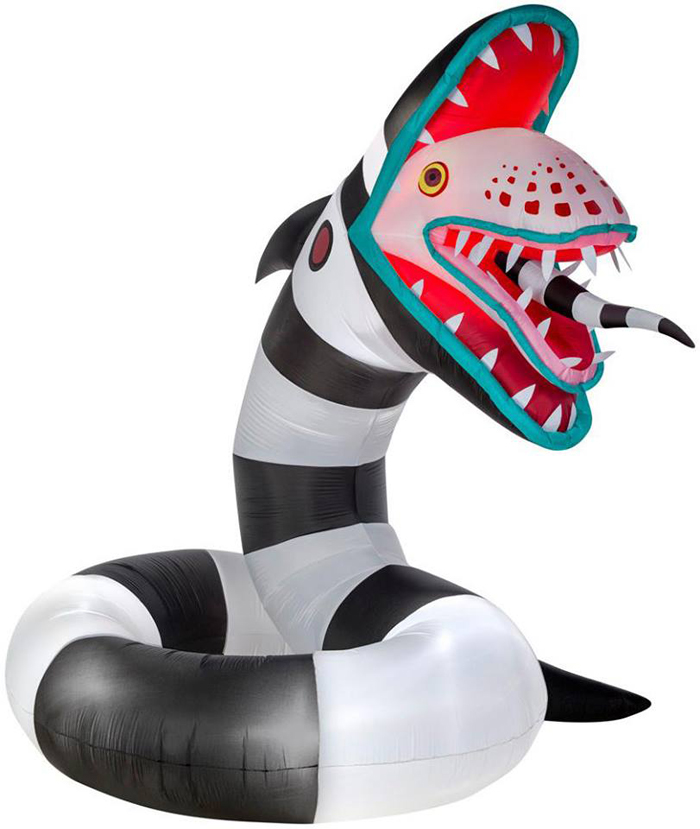 Get this inflatable Beetle juice sandworm from Home Depot or Amazon and be the envy of the neighborhood this Halloween.

You can also check out other Tim Burton-inspired products such as The Nightmare Before Christmas plush dolls, and the Oogie Boogie Halloween costume. This Halloween, you can strike fear into the hearts of everyone, Tim Burton style.