Two of the most iconic games fused together to give you hours of fun and family bonding. The Mario Kart Monopoly offers an exciting gameplay experience where Monopoly game joins forces with Nintendo’s video game characters. Instead of the usual Monopoly tokens, it features four Mario Kart characters in their go-kart-style cars. You can choose to play as Mario, Luigi, Princess Peach, or Toad.  If you’re a competent Monopoly gamer then playing the Mario Kart Monopoly would be a piece of cake. 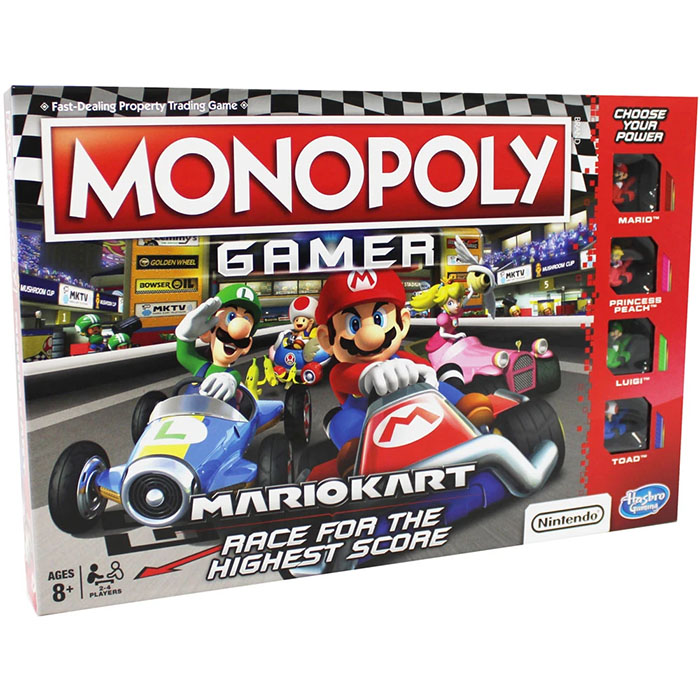 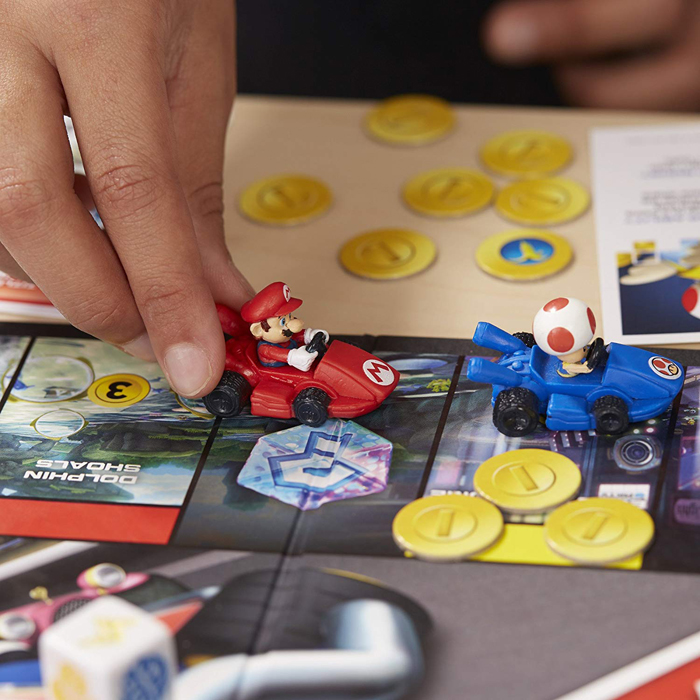 The rule of the game is still pretty much the same as the classic Monopoly game. You’ll be tossing a numbered die to determine the number of spaces that you need to travel. Tokens move around the board to buy up properties and charge exorbitant rent to other players when they land on these properties. There’s still the jail that detains you when you unfortunately land on it. 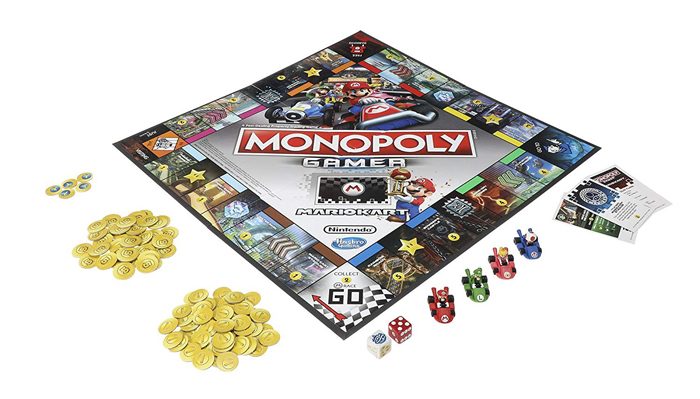 You won’t be seeing Park Place and Boardwalk on the gameboard anymore. Instead, there will be Bowser’s Castle and Rainbow Road on the new square board. Additionally, it has a Boost Pad space that allows a player to move around the board faster when they land on it. In the original gameplay, the game is over when players (except the winner) declare bankruptcy.

In Mario Kart Monopoly, the game only stops when the final race is over. Besides, Mario Kart is all about racing for the highest score. Instead of dollar bills, players will collect and pay coins. And each token has its unique Super Star ability that can be activated when they land over the Super Star space. 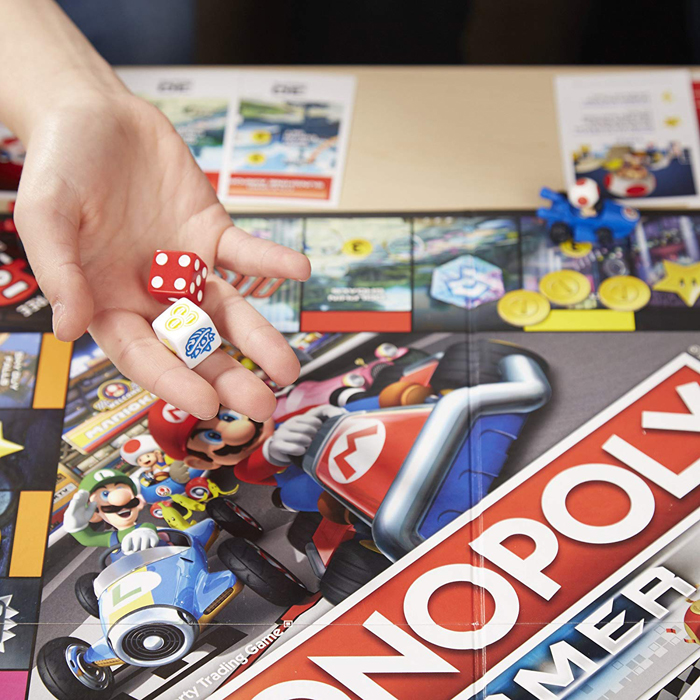 Each player is granted one banana peel token. You can drop a banana peel on any space. When another player lands on the space with a banana peel, it basically stops them from moving while it also activates the action of that space. For example, if you dropped a banana peel on the ‘Go to Jail’ space, anyone who passes on that space will be forced to stop and literally go to jail. Needless to say, you need to dodge these tricky banana peels as much as possible. 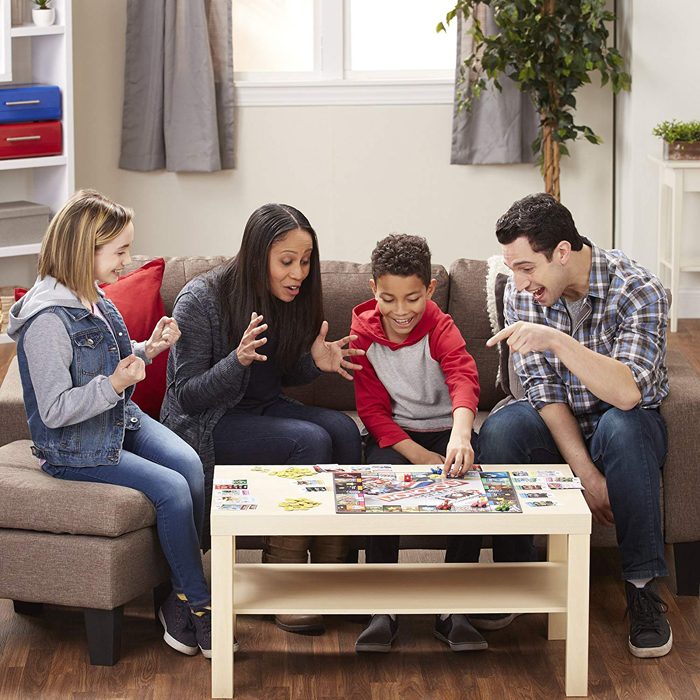 Moreover, each player has to toss two dies on each turn – the numbered die and the power-up die. Rolling the Power-up die adds a special boost when a player rolls certain Power-up Ability. For example, rolling a Green Shell will cause the player in front of you to drop three coins so you can pick them up as you pass that space. Every time a player passes Go, they are entitled to pick one Grand Prix card to start a race. 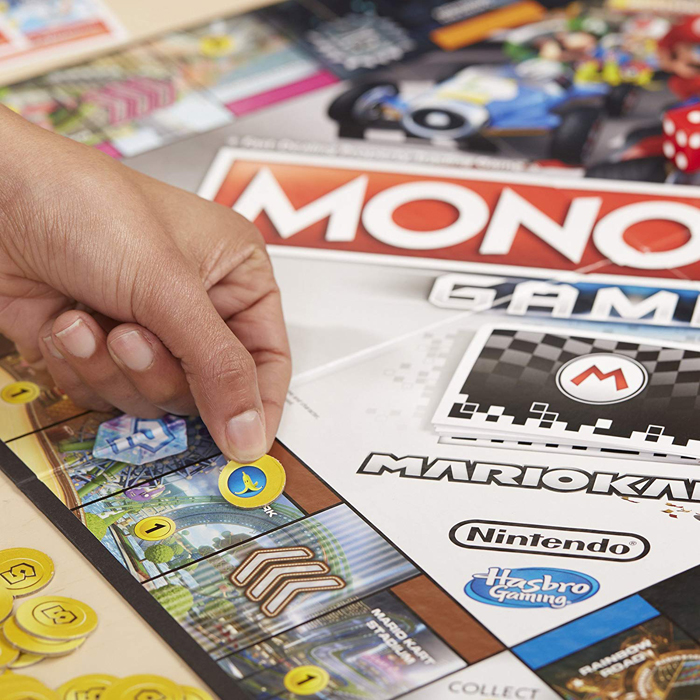 Other players will have to pay coins to enter the race. Each player will have to roll the numbered die to determine their places. Points will be determined according to the rules of the card. 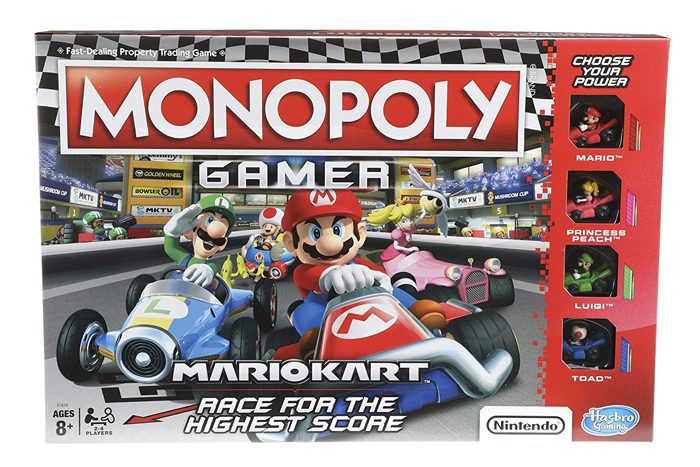 “A wonderfully classic and addicting board game – Check! Something that even the newer generations are willing to get into – Check! Mash it up with one of the best gaming franchises (and addicting racing games) – Check! This has been another addition to our break area, and is one of the few board game options that frequently gets used.” 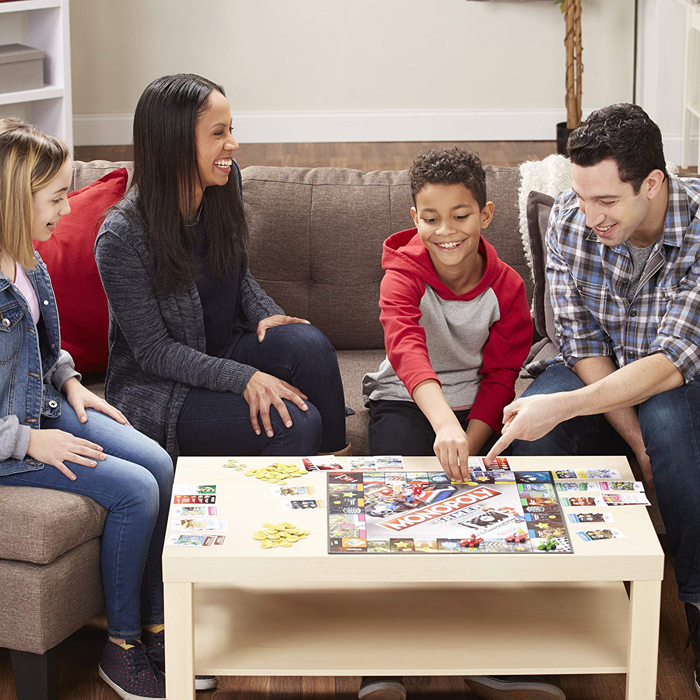 Players will keep their points from the race results, property values, and coins. The game ends after the last Grand Prix card has been drawn and after the last race is concluded. After which, players sum up all their assets and whoever has the highest score wins the game.

If you’re ready for an exciting game the get the Mario Kart Monopoly here and bring the fun to the whole family.