Those who belong to Generation Y all have one thing in common: they all have played NES. Sure, video games have evolved so rapidly over the years but there’s something about the old-school NES console that keeps us longing for it. Take your love for the retro game even to your dreams with this Nintendo Bedding Set. You may think that a NES-inspired bed may be inappropriate for our age. But who are you kidding? Just admit it, the inner kid in you is screaming for this.

Let the nostalgia lull you to sleep with this bedding set. It consists of a top sheet modeled after the NES Classic Edition console in grey. The top sheet also features text that reads ‘Nintendo Entertainment System’. Below the top sheet is a fitted sheet with the console’s Power and Reset buttons printed on the bottom part. In addition to the bed sheets, the set also includes two pillowcases that look like the original NES controllers. The print on the pillowcases comes complete with details including the control pad, select and start buttons and the A and B red buttons. 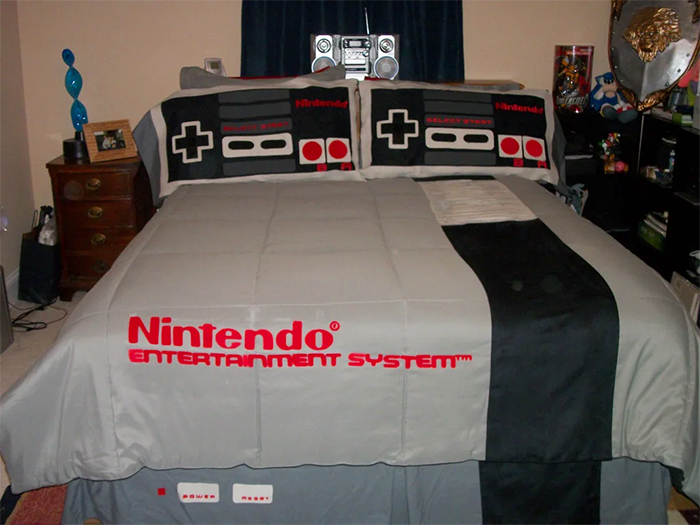 The bedding set was created by a woman named Cathryn who shared the project on Instructables. According to the description, she and her mom made the geeky bed sheets and pillowcases for her brother on his birthday. After sharing the photos online, the project quickly became viral and people began asking her if she intends to put it up for sale. Determined to start her own business, Cathryn, with the help of her mom, tried to remake the popular bedding set and began selling them on Etsy. However, the Etsy shop ceased operations after she got married and moved to another state. 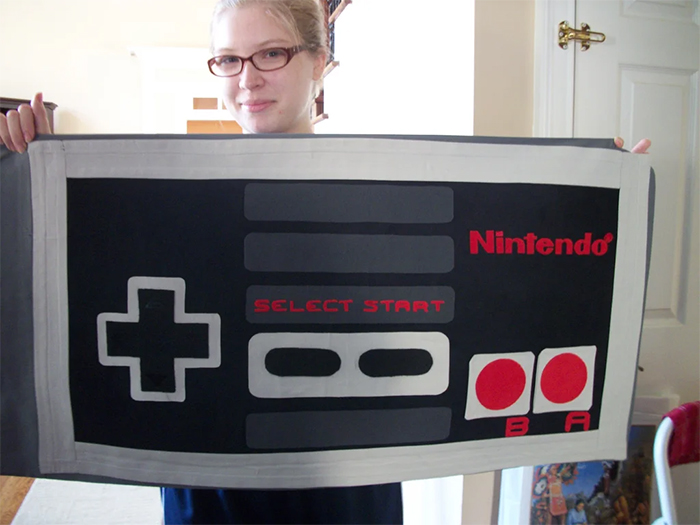 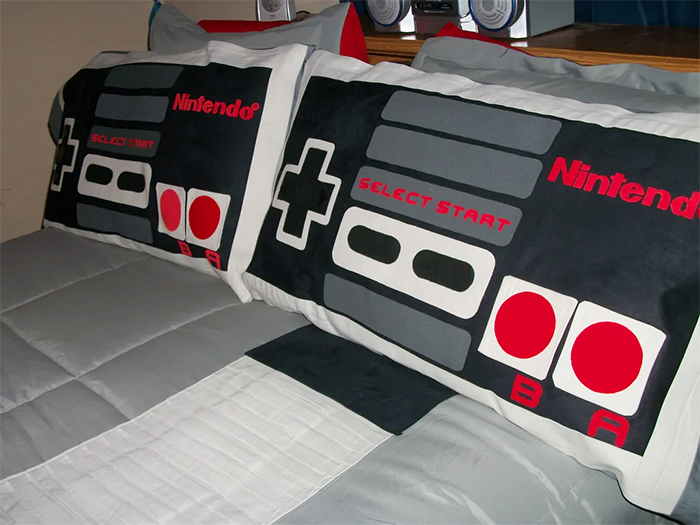 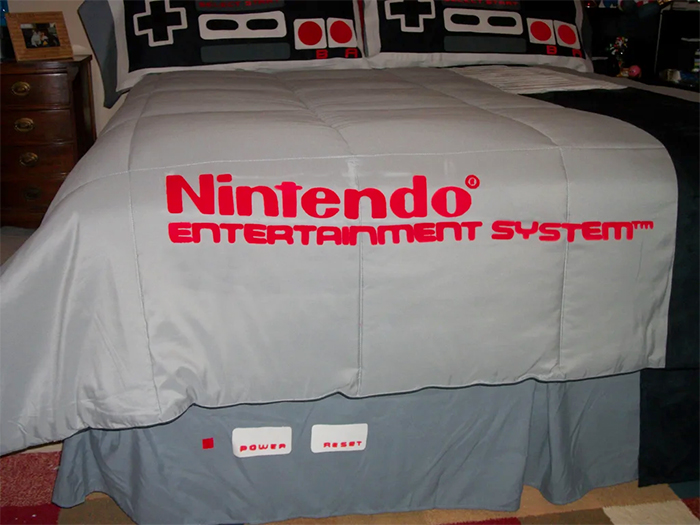 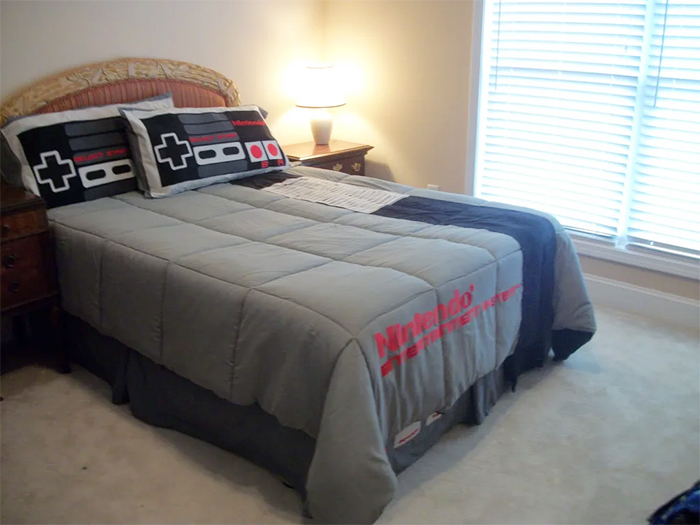 If you’re a huge fan of DIY sewing projects then these photos of the Nintendo Bedding Sheet might give you some ideas. Unfortunately, there weren’t any instructions included on the project. But it appears that the detailed graphics are printed (instead of sewed) on the fabric. 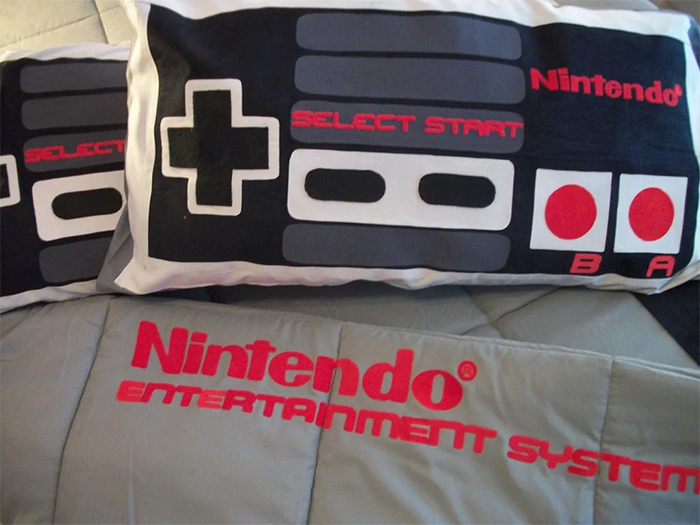 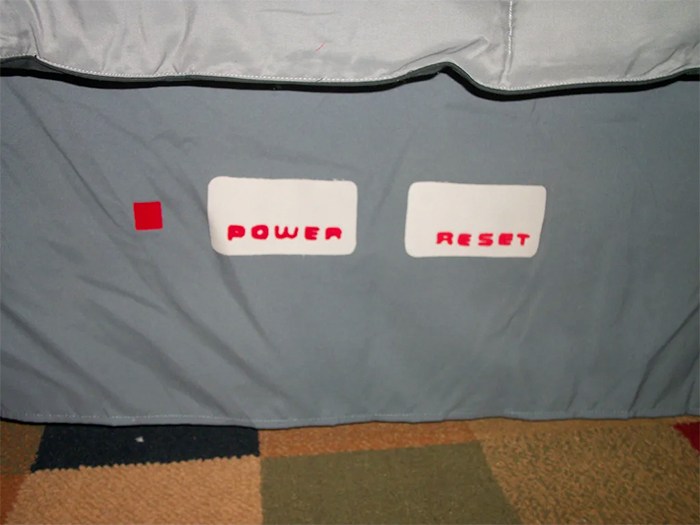 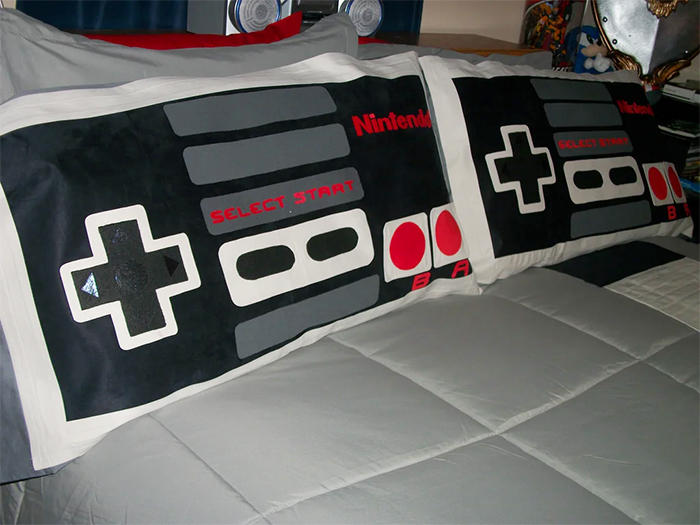 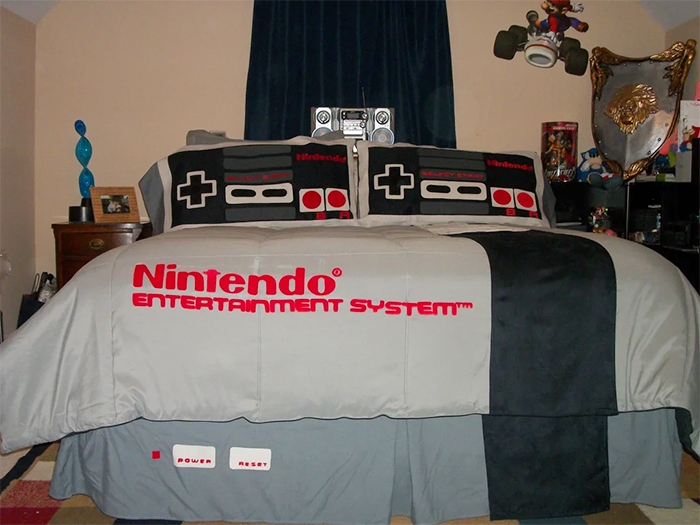