Cycle at night safely with the help of Lumigrids, a LED projector that maps out square grids onto the ground so you can easily see the terrain ahead. We are all aware that cycling at night is significantly riskier than riding during the day. But with the changing of the clocks, some of us have to work after hours. So, riding after dark is inevitable.

Of course, there are several ways to ensure safety and minimize the risk of crashes during a night ride. Wearing a helmet and protective gear can significantly reduce impact in case of a crash. So, you need to wear them during the day and at night. If you must ride a bike at night, make sure that your bike is equipped with a white front light, red rear light and reflectors to increase visibility. But even with a bright front light, riders still have a difficult time getting a clear view of the terrain ahead of them. For this reason, a team of Chinese researchers in the Department of Industrial Design at Sichuan University designed a LED projector that projects laser grids on the ground. 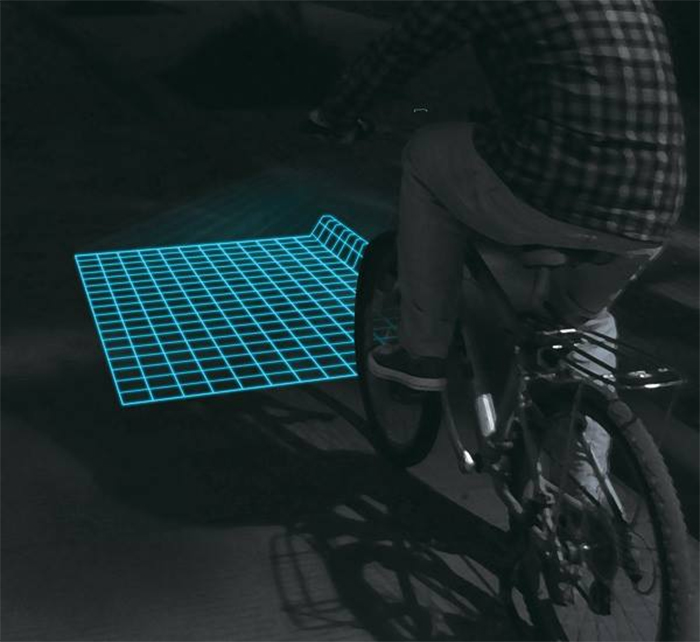 This laser grid projector is an upgrade over the regular bicycle lights. While front lights do a good job in illuminating the biker’s route, it falls short on giving a clear view of bumps, potholes and ridges on the road. This projector will be able to solve this issue. It emits a grid light in front of the bike so the rider can identify irregularities with the terrain by observing changes in the grids. With this, the rider can avoid rugged portions of the roads and easily ride around bumps and potholes. 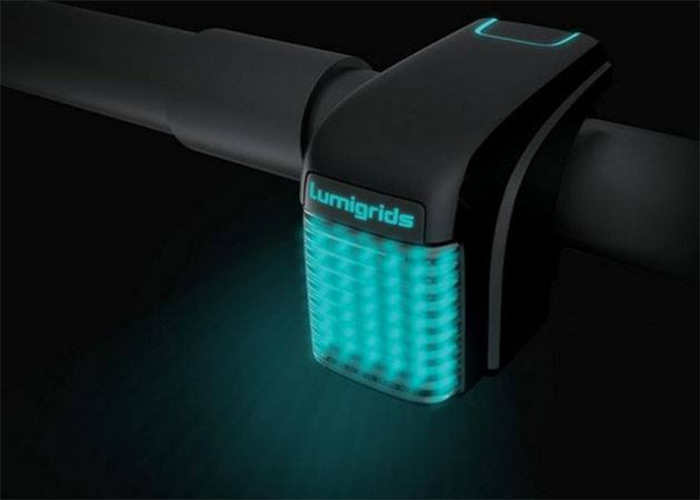 You can set the device to project a grid in three different sizes: small, large and extra-large. It also features speed options that you can set to low and high depending on your preference. Simply mount the Lumigrids on the front of your bicycle handlebars and switch on to emit the grid lights. However, we regret to inform you that this handy device is a product concept which was introduced way back in 2013. Although many people are hoping that the product will make its way to the market, it would seem very unlikely now because they haven’t made any announcements for the past 7 years. So, we’re assuming this is only as good as a product concept. 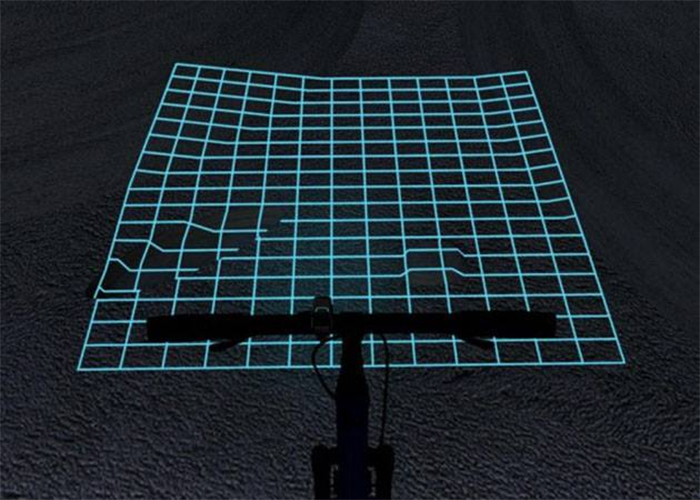