When lakes freeze in winter, they turn into an exciting venue for fun activities such as ice skating, snow shoeing, skiing, fishing, and snowmobiling. Cyclists, on the other hand, could only dream of riding their bikes on a frozen lake. But this creative engineer, popularly known as The Q, makes cycling on ice possible by replacing the wheels of his bicycle with saw blade tires.

If you can recall, The Q is also the mastermind behind the hubless bike, a bicycle with spokeless wheels designed to make heads turn at every street. Now he’s at it again, revamping another one of his bikes to make cycling on ice possible. Apparently, we’re not used to cycling on snow and ice because regular bike wheels lack traction and grip on slippery ice. So, this ingenious engineer designed a bicycle with saw blade tires that can provide remarkable traction on snow and ice. 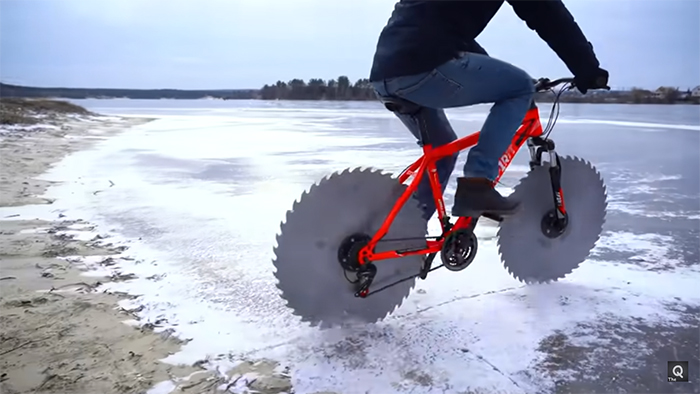 Just like what he did in making the hubless bike, the innovative designer took one of his regular bicycles and started detaching the wheels from it. After removing the tire, rim, and all the spokes, he took the hub and refits it with a giant saw blade. Just like how studded tires work, the sharp edges should provide better grip and control on icy and snowy trails. But when he tried it on a frozen lake, the blade’s cutting teeth were just too sharp that they ended up cutting through the surface of ice. 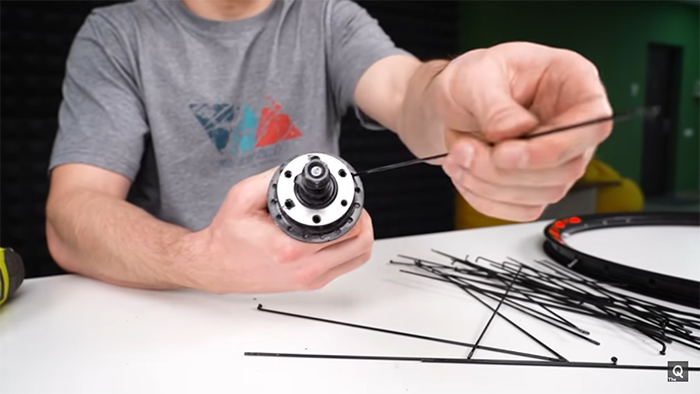 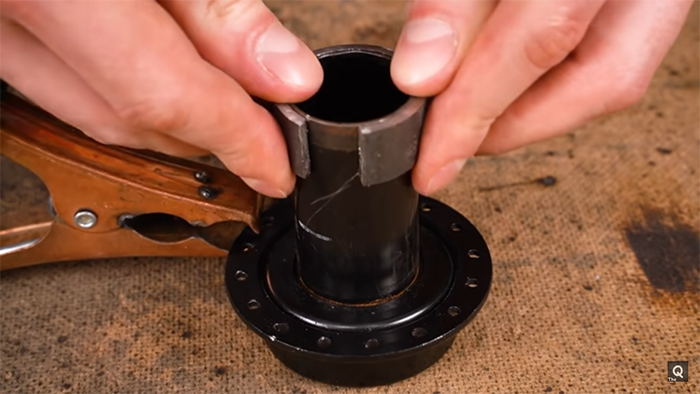 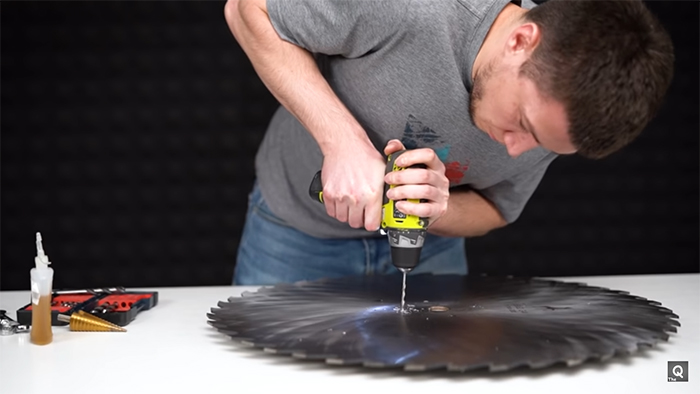 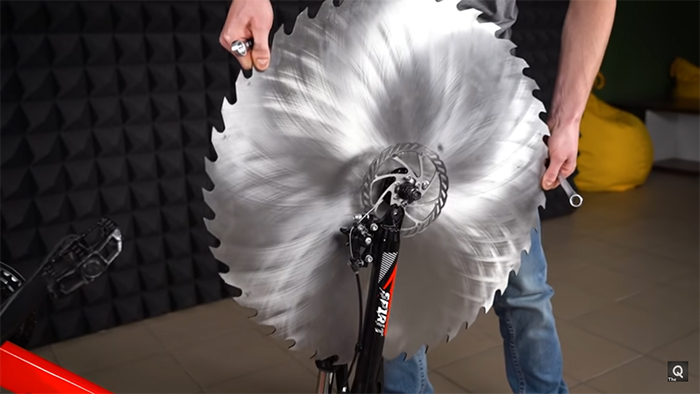 So, he went back to his workshop to fix the issue. He added tiny slabs of metal on each spike in order to prevent the saw blade from cutting through the ice. And when he went tried the bicycle on the frozen lake for the second try, he was able to ride it smoothly without any issue. The Q fondly calls his new creation as ‘icycycle’. 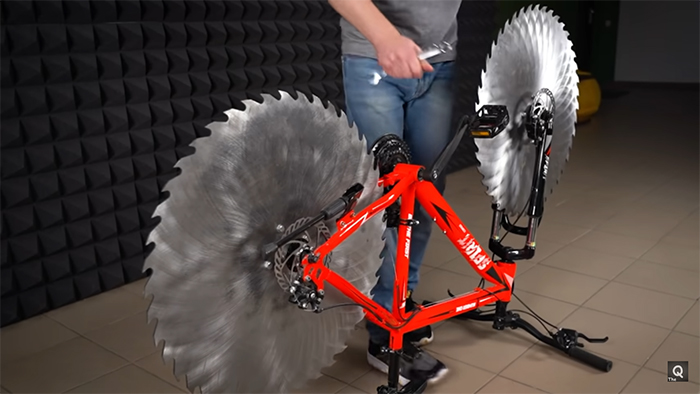 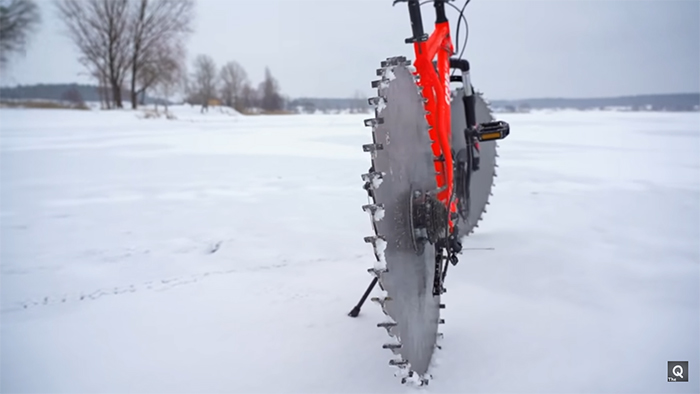 The YouTube video showing how he made the icycycle has garnered more than 121 million views as of this writing. Of course, many people are skeptical about riding a bicycle with unfamiliar tires in the form of deadly cutting tools. Watching the innovative engineer ride his bicycle with saw blade tires on ice effortlessly might tempt you to follow suit. But should you also take the risk? We suggest you shouldn’t. 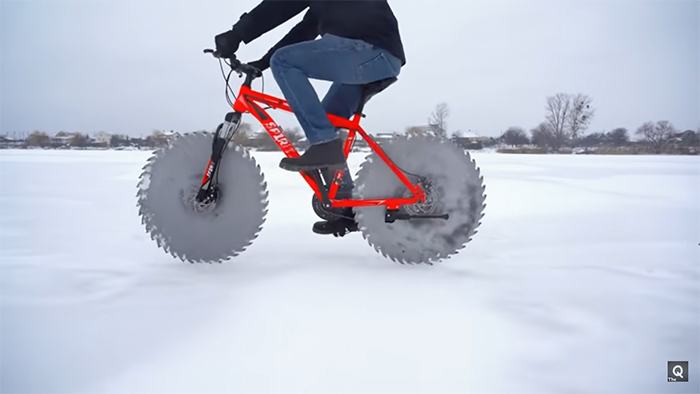 Watch the icycyle in action on the video below