Acrylic nails, also known as fake nails or nail extensions, are initially intended to replace broken or damaged nails. But over the years, the use of artificial nails has become a fashion trend. Today, fake nails are considered as fashion accessories. Even those with healthy nails frequent the nail salon to get fake nails for the sake of flaunting a more artistic look. While nail extensions are commonly used on the fingernails, some salons are applying them to toenails as well. Long artificial fingernails shouldn’t be a problem. But the same can’t be said to toenails. For most of us, having long toenails can be both burdensome and unappealing. Surprisingly, there’s this new craze among women where they show off their long, fake toenails. And it’s currently all the rage on social media. 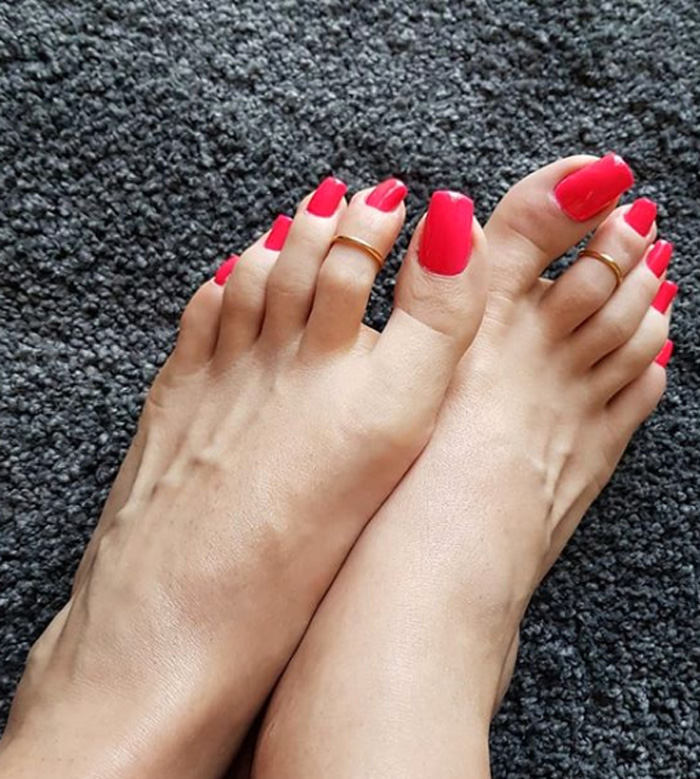 We can’t actually figure out how to feel about these fake toenails. But it seems like more and more women are already diving into the acrylic toenails craze. While some people find them glamorous, others find these long, fake toenails revolting. If you choose to wear them too, people around you would surely have opposite opinions about your toenails. Well, it’s your toes so you can do whatever you want with them regardless of what others may think.

But if you’re seriously considering of applying fake toenails, keep in mind that there are associated risks that come with it. Take note that acrylic nails are originally intended for the fingernails. Using them on your toes, on the other hand, may pose a problem. Natural toenails are flexible and they flex as we walk or as they contact a shoe. Unlike natural nails, artificial toenails are rigid and stiff. They tend to shove into the toe and mimic an ingrown nail which can potentially lead to foot infection.

Furthermore, applying fake toenails would require your natural nails to be thinned down by scraping them off with a file. By doing so, you’re partially removing your nail bed’s natural protection. Hence, increasing your risk of acquiring fungal infection. But if you still insist on getting acrylic toenails, make sure that they receive regular upkeep. A visit to the nail salon every two weeks would suffice.