Giant crochet Sea Urchins took over the Marina Bay during the 2017 iLight Marina Bay, which is Asia’s leading sustainable light art festival held in Singapore. Held since 2010, i Light has showcased light art installations created by Singaporean and international artists. And among 3 of these installations are from Choi+Shine Architects. And they’re honestly magical to look at. The architects, described the concept as:

This project is inspired by sea urchin shells, which are enclosed yet light weight, delicate and open. Their textured and permeable surface interacting with light creates openness, while the pattern’s mathematical repetition brings visual rhythm and harmony. Against light, the sea urchin natural form reveals one of the most spectacular patterns found in nature. The project mimics this orderly, repetitive pattern and soft forms, achieving a visual harmony from the contrast between nature and the man-made environment, and between the firmly grounded masculine skyscrapers and the hovering feminine object. 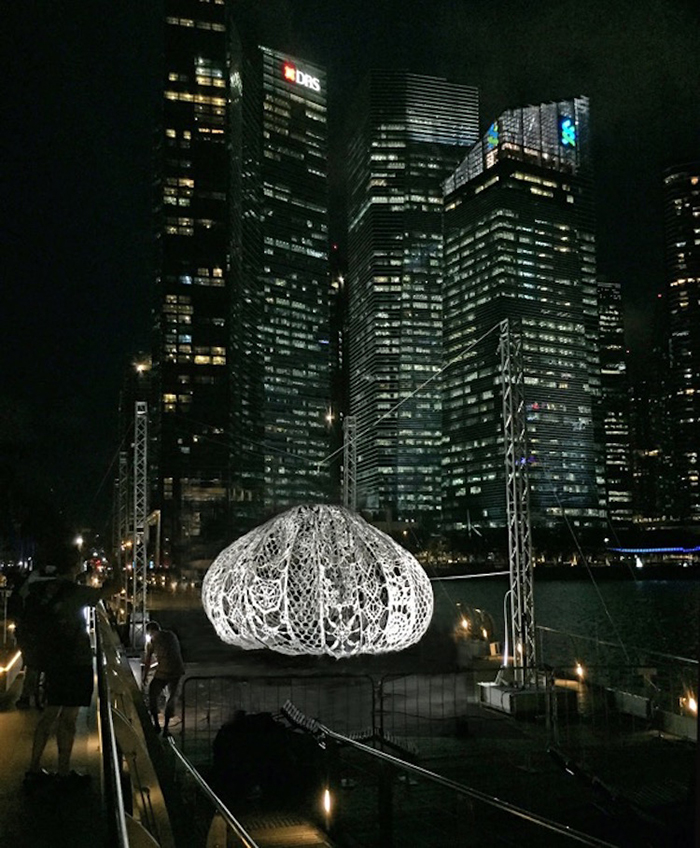 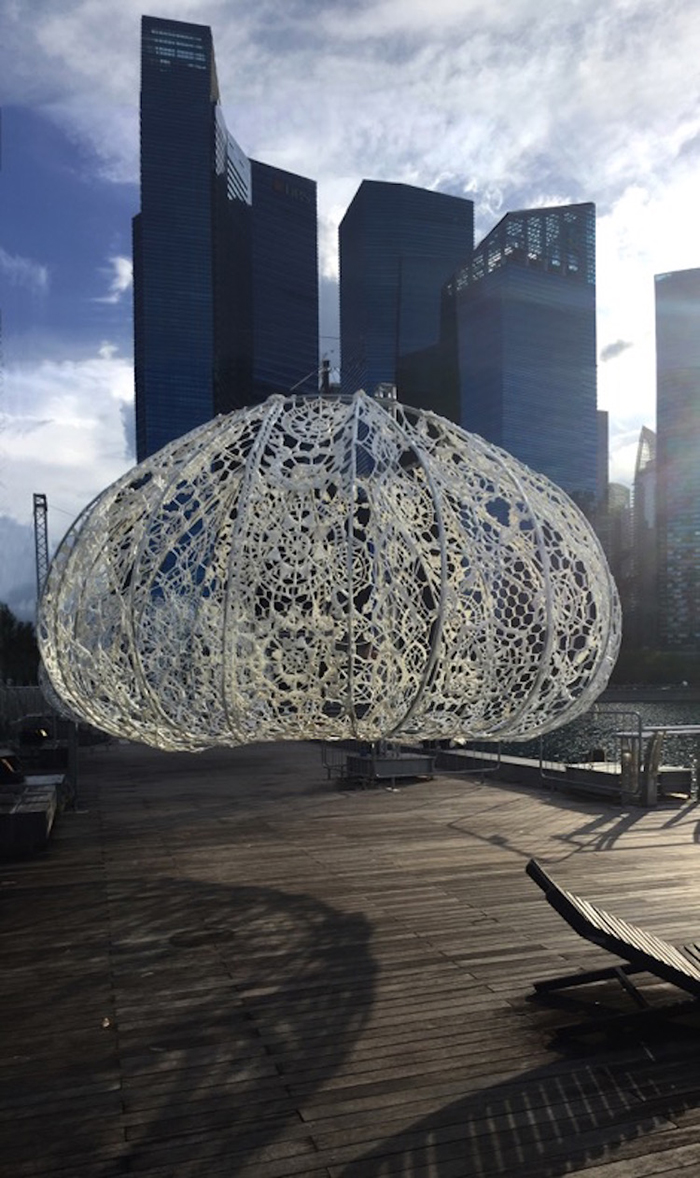 These meticulously handcrafted giant crochet sea urchins offer spectators a one-of-a-kind immersive experience. Each crocheted urchin is 56-feet-tall and symbolizes the beauty and diversity of nature. The suspended sea urchin has an organic movement propelled by gusts of wind. During the installment, guests were able to interact with the magnificent crochets by touching and pulling some cords.

The urchins sway and have intricate, soft repetitive forms, which a visual harmony of the contrast between nature and the man-made environment surrounding them.Eye-catching as they may be during the daytime, these giant sea urchins are definitely a sight to behold when spotlit against the glittering city skyline.

Creating the giant crochet sea urchins was no small feat 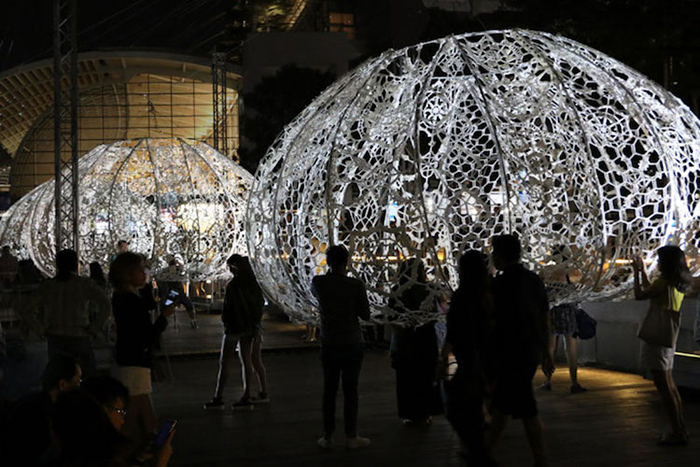 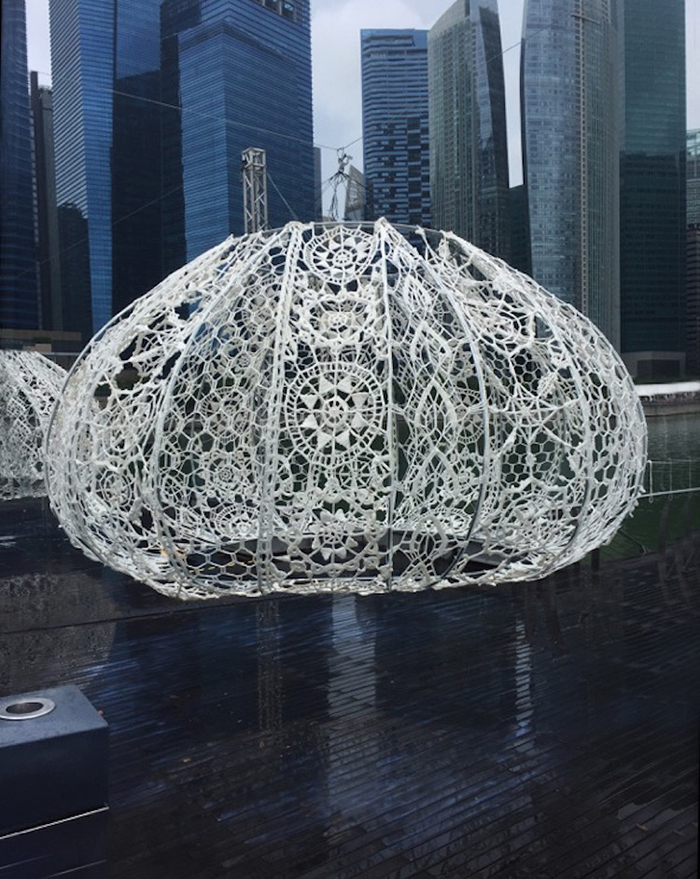 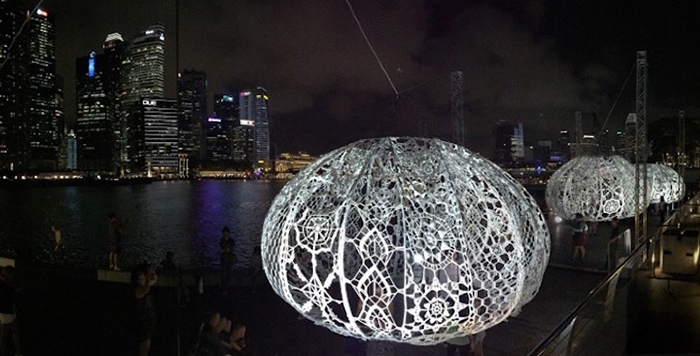 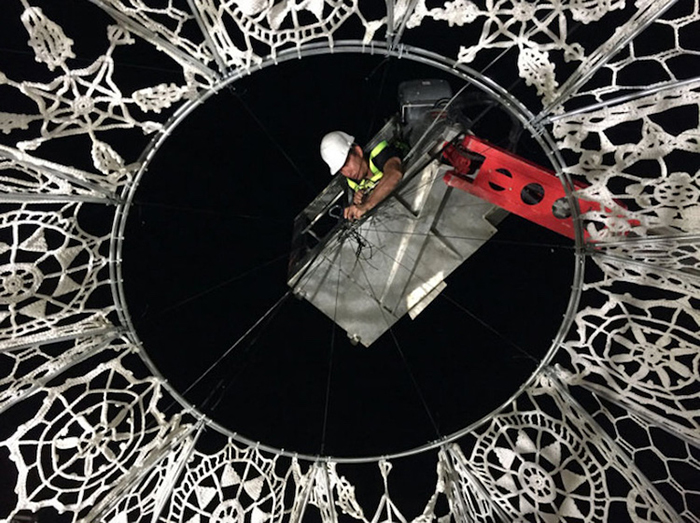 It took nearly 3 months for a team of 50 to handcraft these larger-than-life likeness of sea urchins in Boston. Every giant crochet sea urchin was made from white, double-braided polyester cord. And each of them weighed a whopping 220 pounds or 100 kilograms! Furthermore, 20 segmented panels connected by a series of metal ribs helped the crochet hold its form. 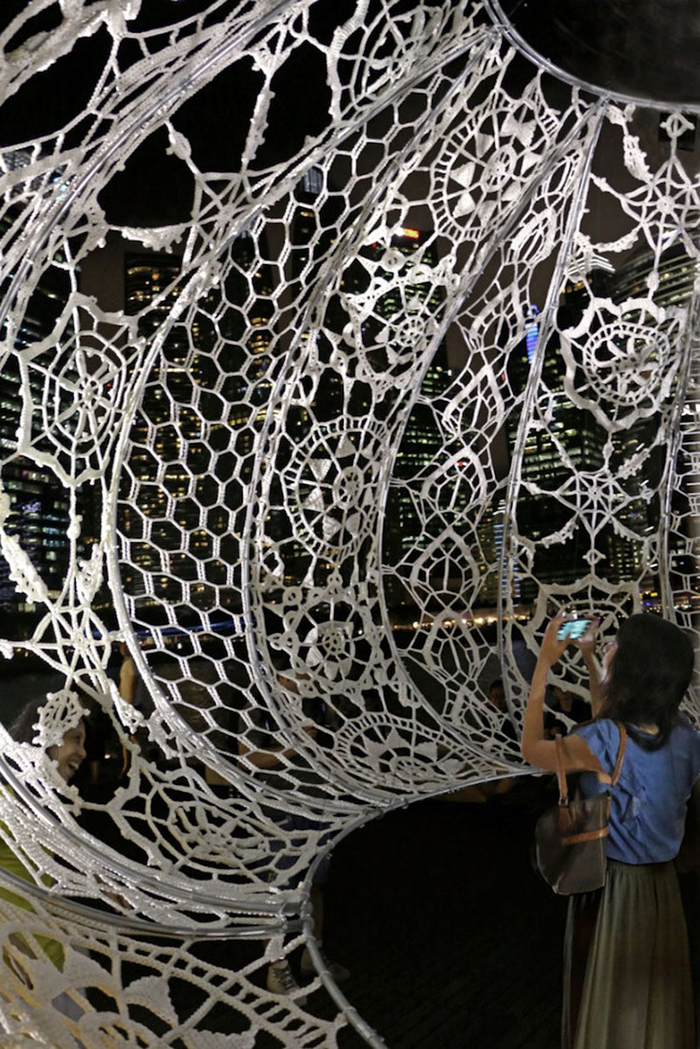 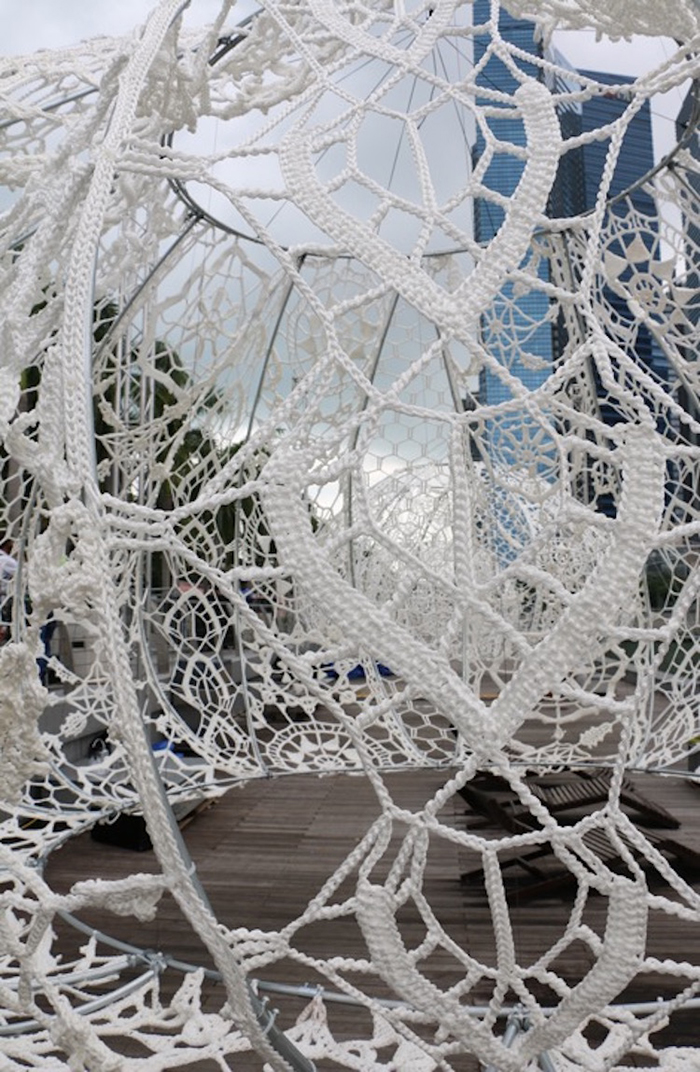 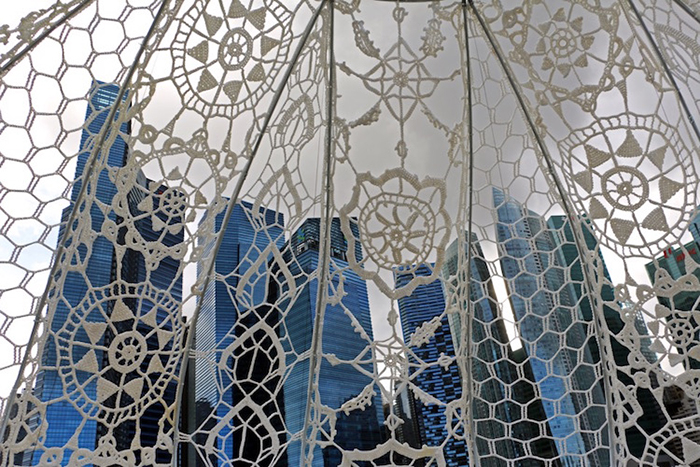 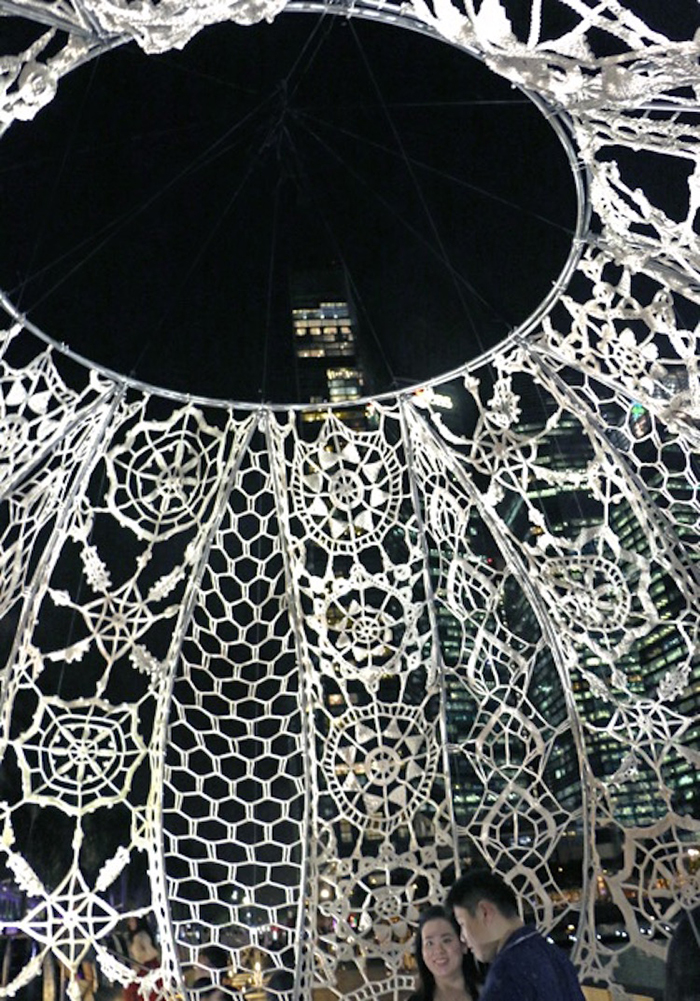 The interactive giant crochet sea urchins definitely made an impression during its 3-week display at the bay! Wonder where it is now?