All the single ladies (and gentlemen) now put your hands up! The Twitter topic #WhyImSingle is back for discussion and these tweets are definitely you can relate to. Every week, viewers are anticipating The Tonight Show’s Hashtags segment where Jimmy Fallon, the host of the show, reads his favorite tweets in response to his weekly hashtag topic on Twitter. Fallon starts a Twitter thread with interesting topics such as #WhyIGotFired, #WeddingFail, #MyTeacherIsWeird, #MomQuotes, #IGotCaught, and more. And asks his followers to share their own interesting stories related to the topic. Fallon then picks the most hilarious and most relatable responses and reads them on the show.

Back in February 2017, Fallon brought up the topic #WhyImSingle to learn some of the reasons why some people prefer to stay single. And boy oh boy the funny responses didn’t disappoint! The hashtag was so well-received that Fallon had to bring the topic back again the following year. And guess what, the funny TV host has kept the topic alive again in April 2021 when he retweeted his old tweet with the same hashtag.

As it turns out, more and more people are living single as marriage is constantly declining and single living is on the rise. Truth be told, there’s nothing wrong with being single as long as you enjoy being one. One of the main reasons why some people refuse to get into serious relationships or tie the knot is because they don’t want to compromise their freedom. The gratifying feeling of independence, being free from commitment and responsibilities, having peace of mind by eliminating all potential distractions, these are some of the science-backed reasons why some people are better off being single. 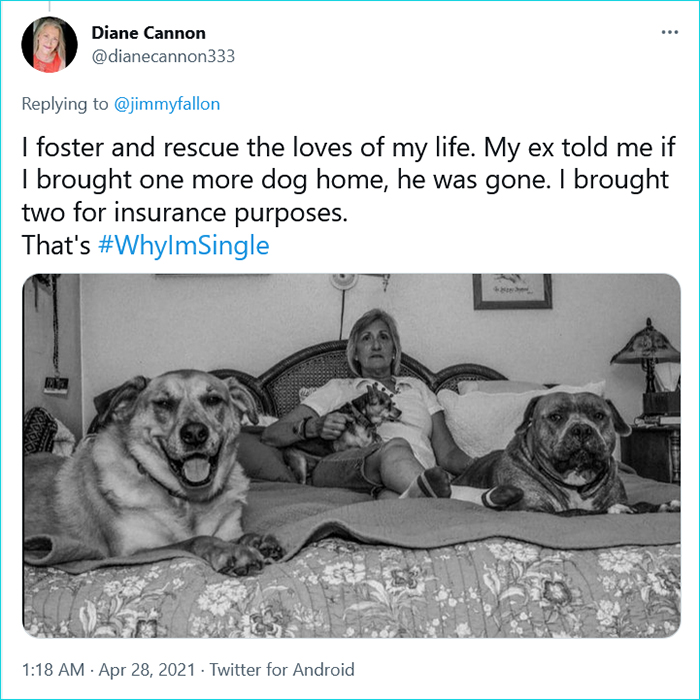 We’ve picked out the most spot-on responses on Jimmy Fallon’s #WhyImSingle thread. From setting unrealistic standards for a perfect partner to choosing a dog over a lover, you’ll find the funniest reasons that you can surely relate to.

Here Are Some Of The Most Relatable Responses 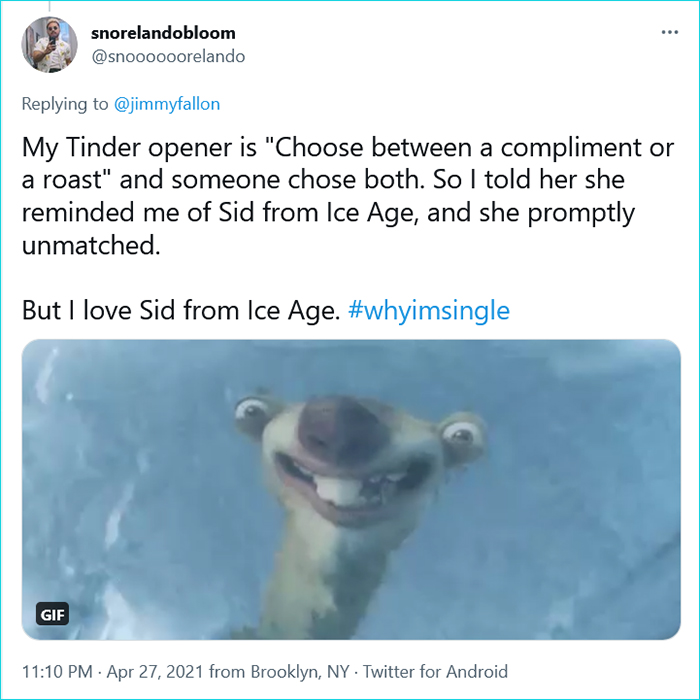 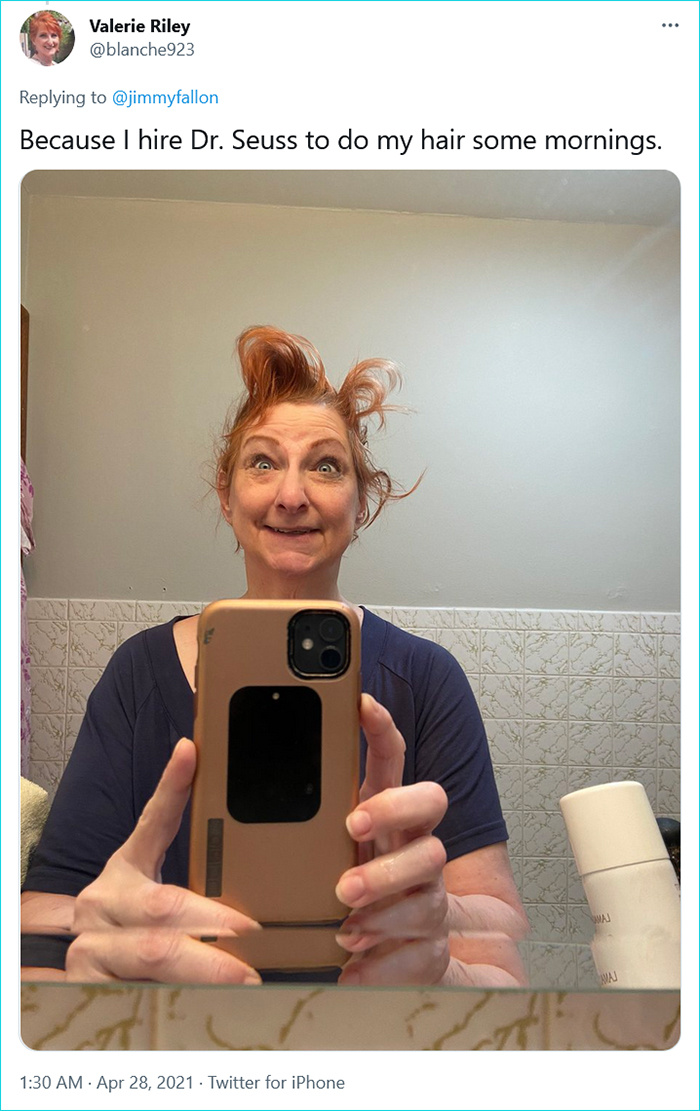 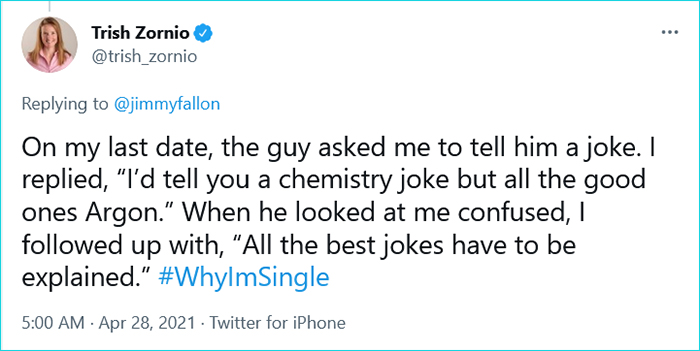 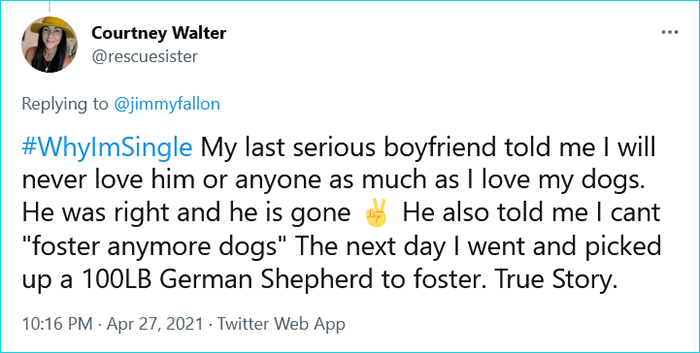 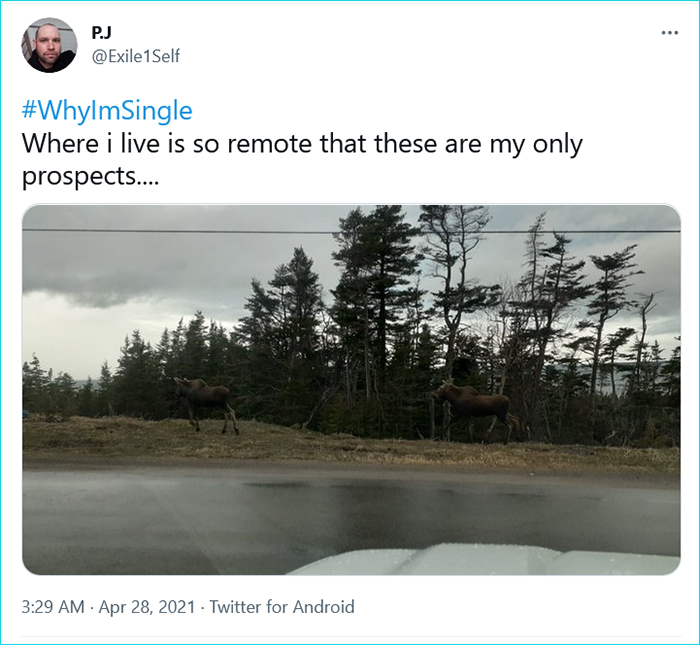 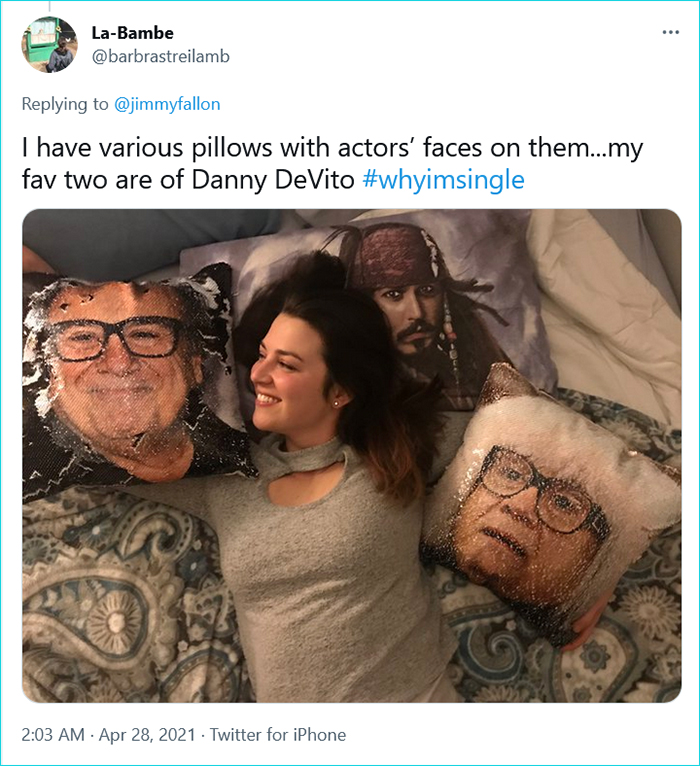 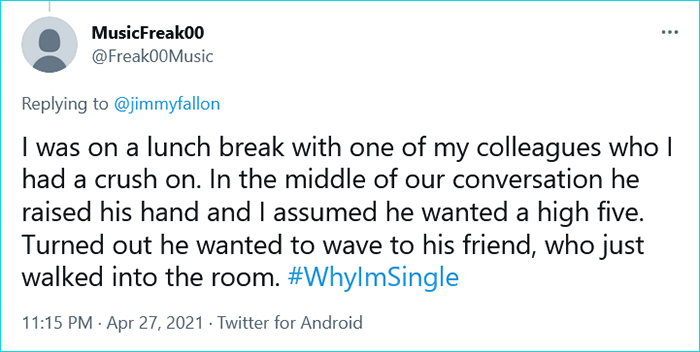 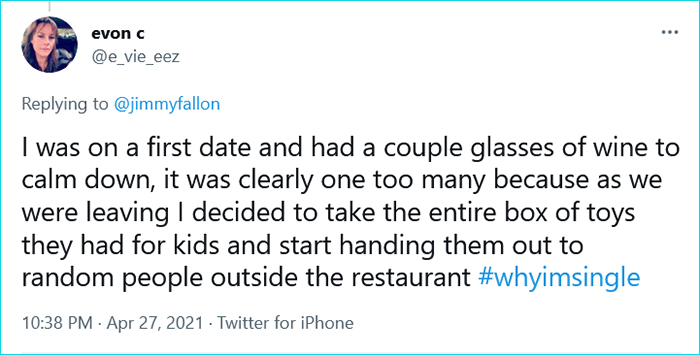