What’s the cutest thing you’ve seen today? You only have to look at this fox sleeping on a tree stump to agree that nothing could top this cuteness, at least for now. Most parts of the world have been put to a halt due to the coronavirus crisis. Everyone is advised to stay at home and go on self-isolation until the pandemic dies down (hopefully). This is an unfortunate circumstance for most of us. But it’s great to know that some people still find a silver lining in this difficult time.

Being stuck at home for days, everyone is given the moment to take a break from their hectic lives. During the quarantine period, we were able to look around and appreciate all the things that we had around us. So when a certain couple noticed a fox sleeping on a tree stump in their backyard, they knew they had to share this delightful sight to their daughters. They took a photo of the napping fox and sent it to their daughters, hoping that it could cheer them up too.

Apparently, the photo of the fox sleeping on a tree stump really made their daughters’ day. One of their daughters, Sara Ryan, decided to share the cute photo on her Twitter page to spread the joy. Since then, her dad keeps sending her more photos of the same fox taking a nap on the same spot in broad daylight. In return, Sara also keeps on posting the photos on her Twitter page. The post immediately went viral with over 486K likes and over 85K retweets.

“My parents had seen her in the yard several times this winter,” Sara said. “In fact, she found one of my sister’s dog’s toys in the yard and was moving it around in the snow a few nights. The tree got cut down in late October, but they never saw her up there until the day I posted the picture. They were really surprised to see her in the daylight, let alone sleeping on top of the stump.”

In one of her posts, Sara said that her father even gave the fox a name. And just like that, the famous fox sleeping on a tree stump has a name! He named it ‘Nezuko’ based from the popular anime series Demon Slayer: Kimetsu No Yaiba. Sara revealed that her dad is a huge anime fan. So it’s no wonder that he would name the cute fox after a cute anime character. 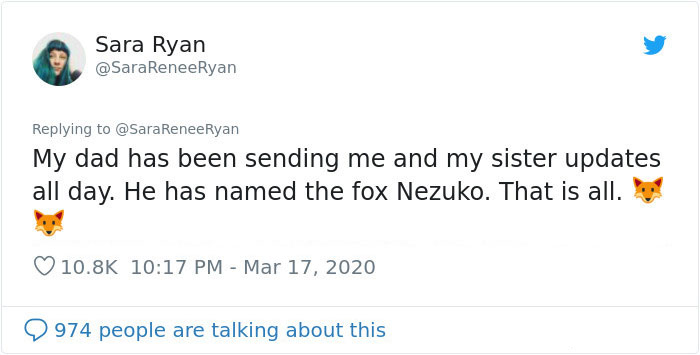 Sara also revealed that Nezuko would leave the tree stump at night to hunt since foxes are nocturnal hunters. But would later return to her favorite spot in the day to take a nap all day. And ever since people began staying indoors, wild animals such as foxes can be seen roaming the empty streets and other places that were once full of cars and people. For these creatures, this is the perfect time to reclaim the natural habitat that once was theirs. 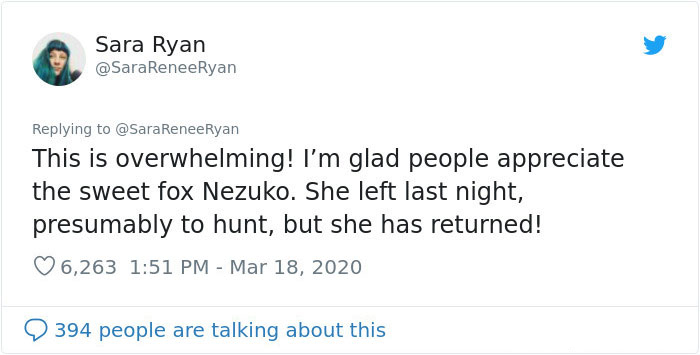 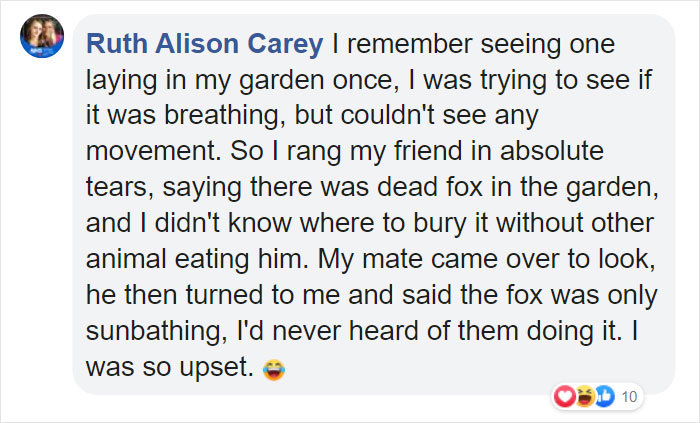 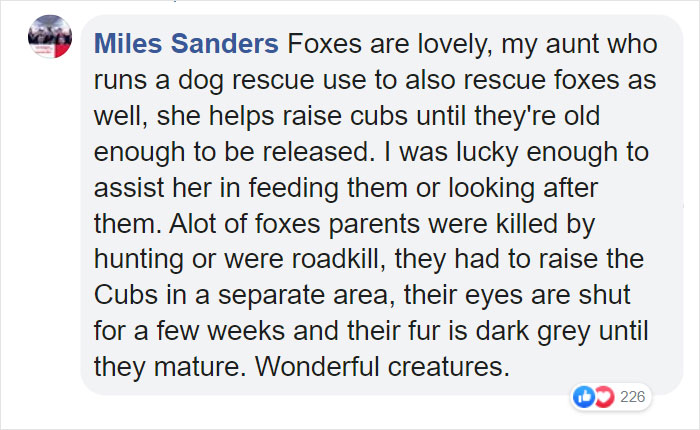 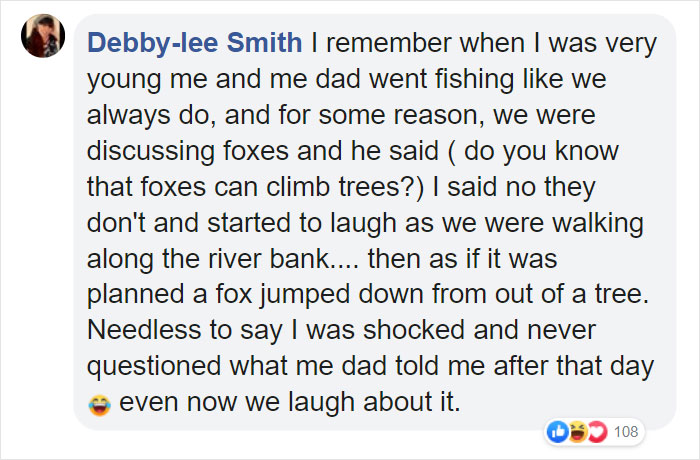