One of the most memorable scenes from The Peanuts Movie (2015) was where Snoopy imagines himself riding his flying doghouse in his quest to take down the Red Baron. Now you can have the chance to see this iconic scene in real life with this flying Snoopy doghouse. It features the figure of Snoopy sitting on top of his red doghouse. But the most amazing thing is, it actually flies.

The flying Snoopy doghouse is a remote-controlled quadcopter. It was created by FlyGuyPromotions, a company that designs and creates flying aerial images. Some of their bestselling creations include the Superman-inspired Flyguy 62 and the RTF Witch. Of course, flying superheroes and witches are obvious ideas for aerial images. But their latest creation, based from The Peanuts Movie, is something we’d never expect to see. 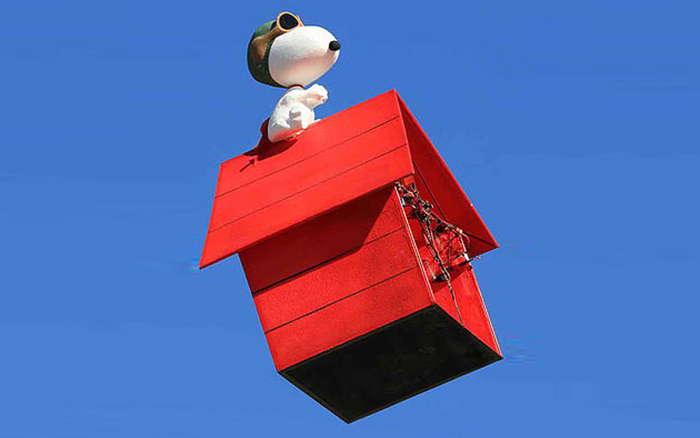 But take note that the company only provides the quadcopter frame including all the electronics needed for flight. The quadcopter is designed to be easily installed in an existing doghouse. It doesn’t come with a pre-made doghouse and Snoopy also isn’t included in the order. Hence, you’ll need to build your own Snoopy doghouse, install the quadcopter, and fly it into the air. However, you can find cut out kits and build logs from Hoosier Cutout Service and full instructions from RC Groups Forum. 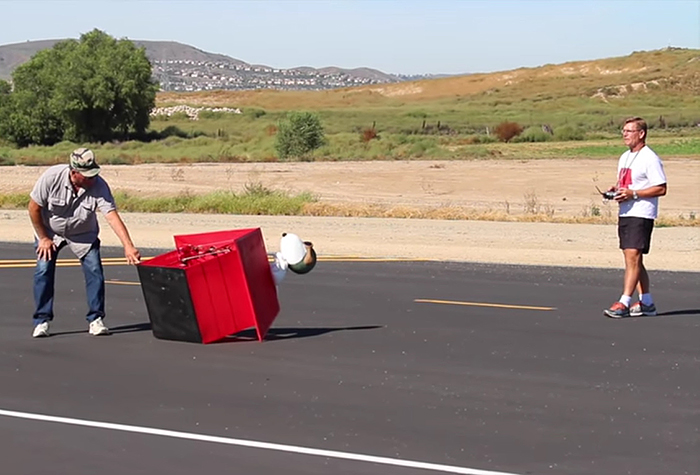 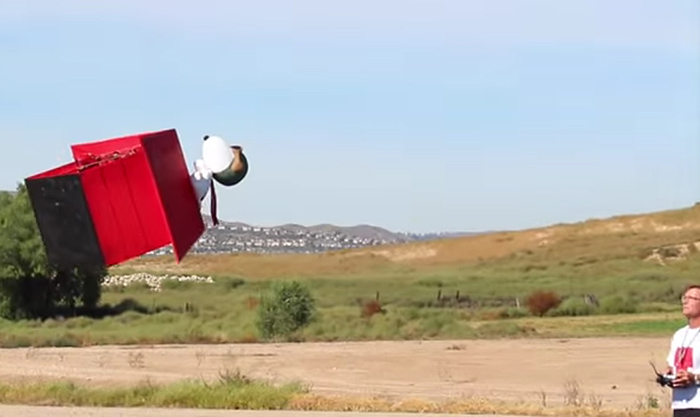 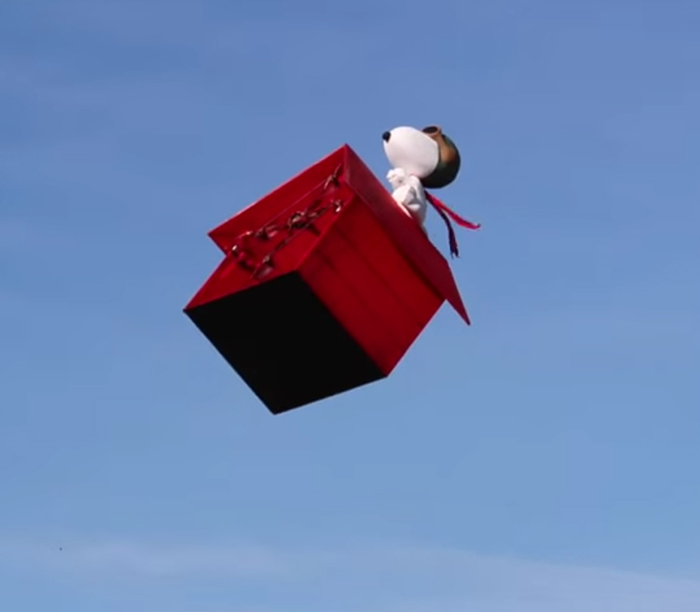 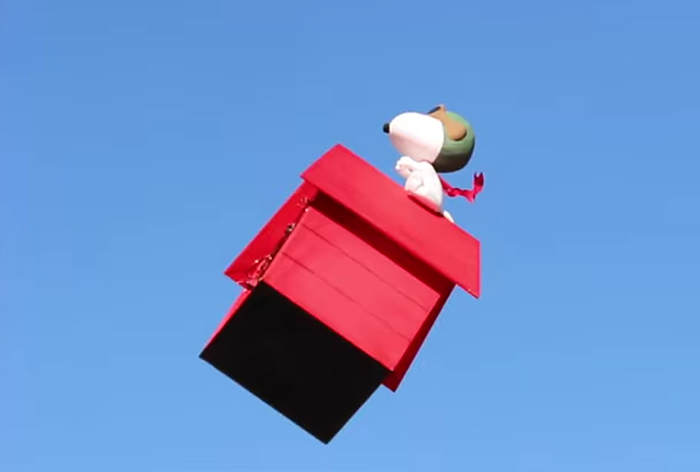 The flying Snoopy doghouse quadcopter is compatible with Spektrum receiver. It is installed on the front side of the doghouse so it’ll need to be launched with Snoopy facing upwards. But once the drone takes off, the doghouse eventually levels out with Snoopy riding on top of it. Just like the exact scene from the movie. Will we be seeing a new Red Baron drone to partner with this? We’ll just have to wait and see. 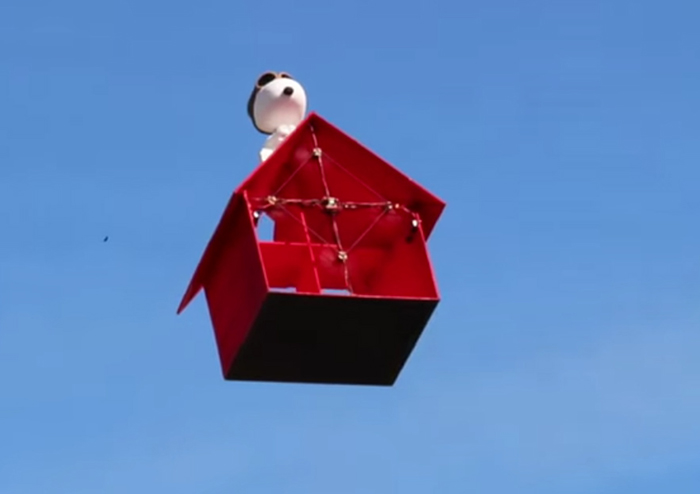 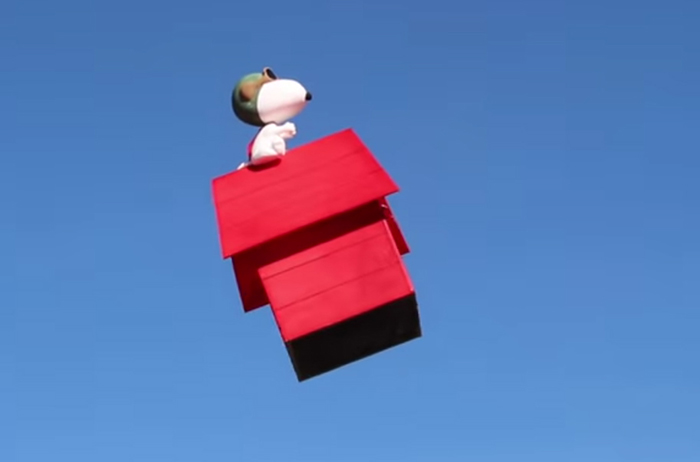