Reddit user rachelfromearth amused people on the internet when she shared photos of her dog Mowgli. In the photos, we can see the furry doggo peacefully sleeping on the floor. And another striking thing is the pile of dog fur hilariously arranged in so many ways. Shaped in the form of wings, a Viking head, sword, Easter bunny ears and more. The creative woman took advantage of her pet’s shedding by turning it into an amusing work of art.

Mowgli is a white male German shepherd dog. And anyone who owns a dog of this breed would attest that German shepherds are notorious shedders. All year round, these long-haired canines heavily shed which is typical of dogs with a double coat. Shedding is only natural as their old hair falls out to make way for new hair to grow. All dogs shed but not as dramatically as German shepherds since they have a naturally thick coat. This explains why Mowgli sheds so much hair. But rachelfromearth made sure that his fallen hairs won’t go to waste by making fur art. 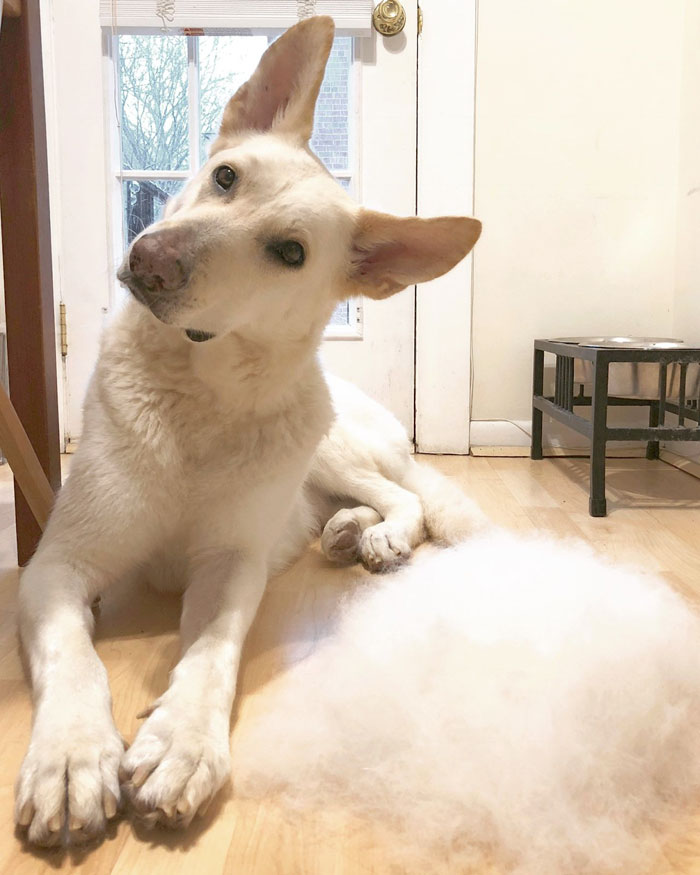 “I formed the pile of fur into a thought bubble and took a picture that I posted on Instagram and shared with family and friends,” rachelfromearth shared. “I honestly can’t say what inspired me to do it. The volume of fur that comes off of Mowgli in just an hour is comically large and I think I was looking for ways to emphasize that.” 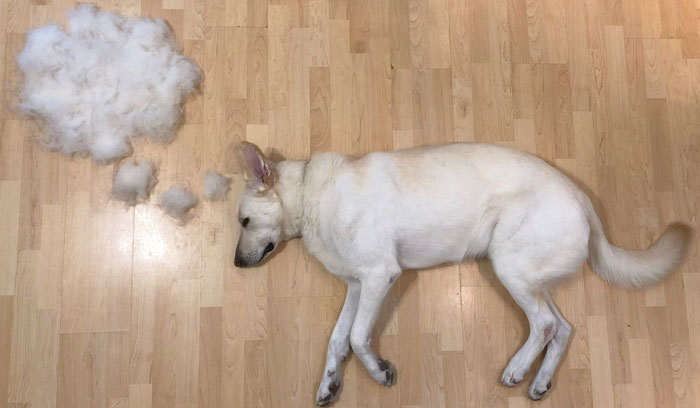 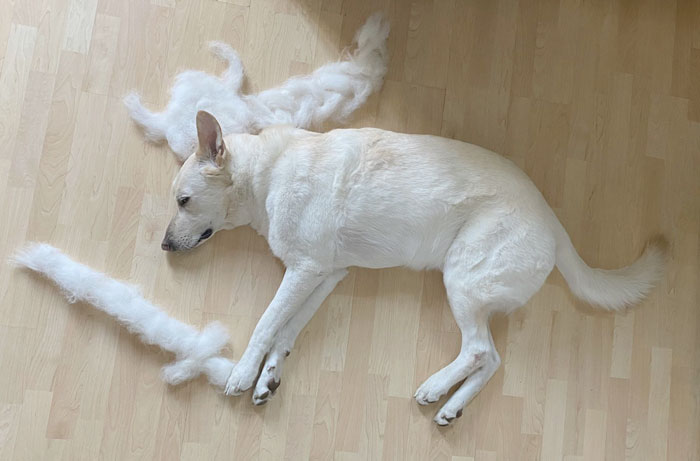 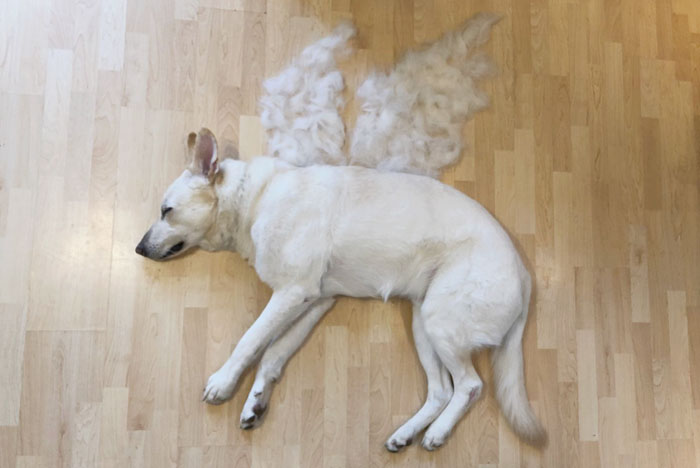 People on social media immediately fell in love with both Mowgli and the creative fur art. What started out as a fun thing which began two years ago has turned into an exciting challenge for rachelfromearth. Even today, she still collects Mowgli’s fallen hair after a brushing session. And thinks of a new idea of how to shape the clumps of hair into something that can humorously fit with the sleeping dog. 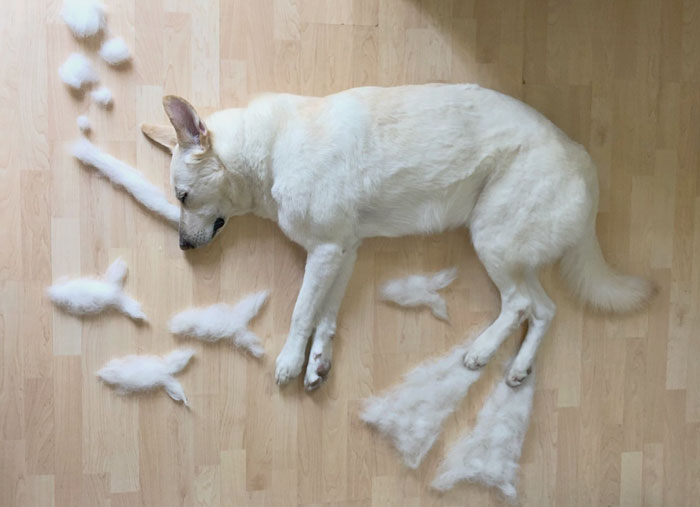 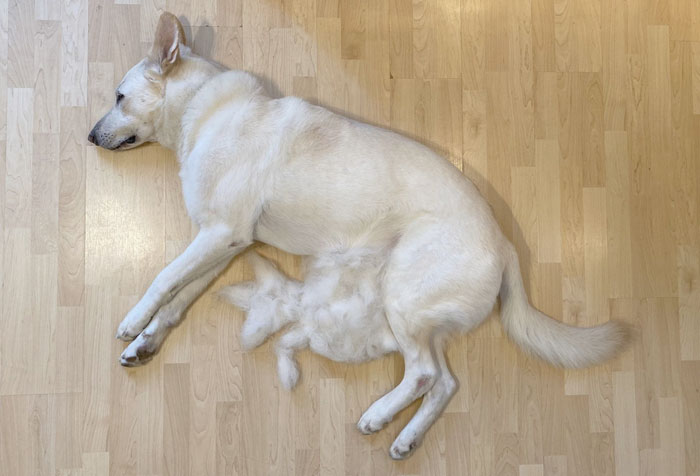 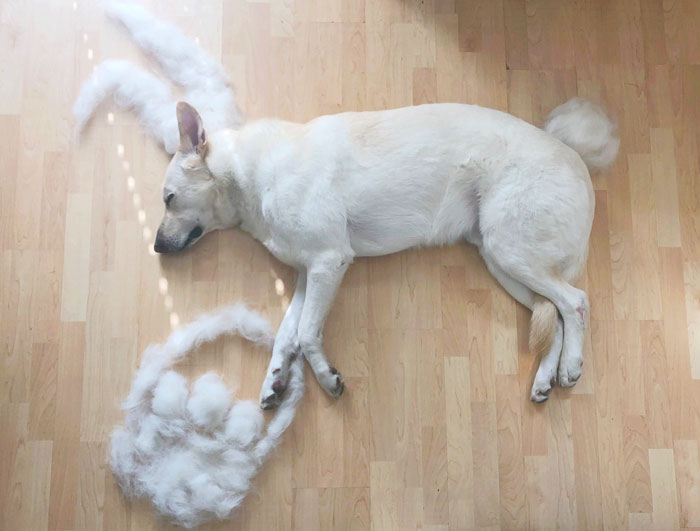 Mowgli and the funny art are surely winning the hearts of people on social media. But behind the dog’s lovely smile hides a very grim past. He may look healthy, happy, and lively but three years ago, he was a stray dog that was nothing but skin and bones. He was rescued in June 2017 by the Shenandoah Shepherd Rescue. When rachelfromearth first saw him, he was very thin, had several bald spots and was positive for heartworms. Despite his very poor physical condition, rachelfromearth knew he was the dog for her when he gave her the sweetest smile she’d ever seen.

“Although Mowgli started out a little shy, the healthier he got, the more he opened up to become the goofy, happy-go-lucky, talkative, snuggly boy he is today,” rachelfromearth explained. “He is heartworm free, a solid 88 lbs, and has since grown back all of his fur. And then some.” 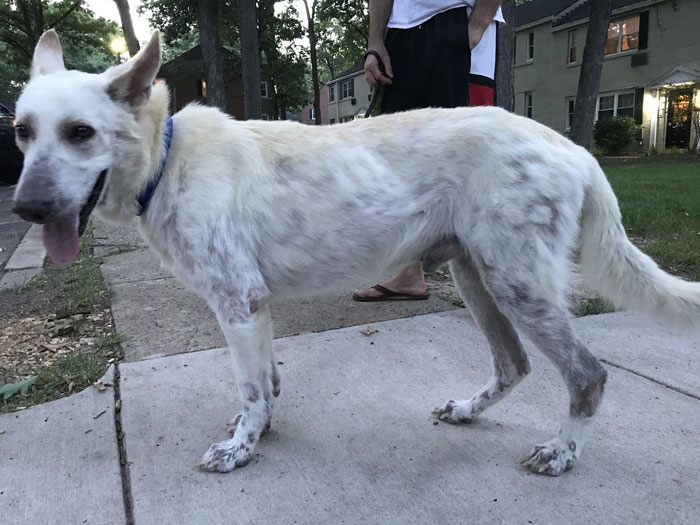 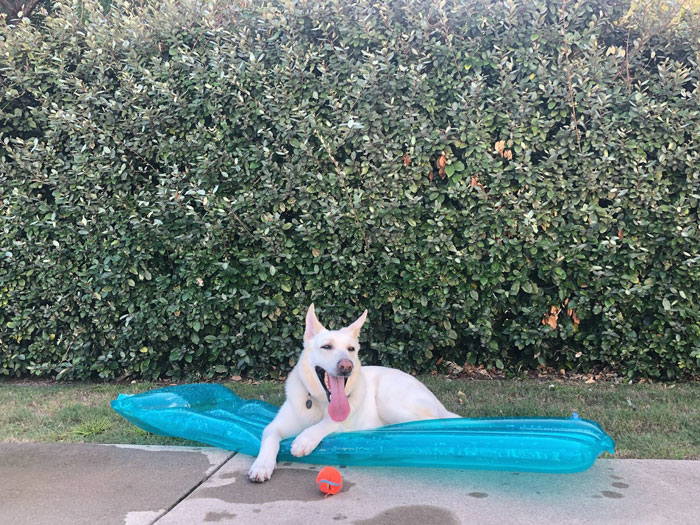 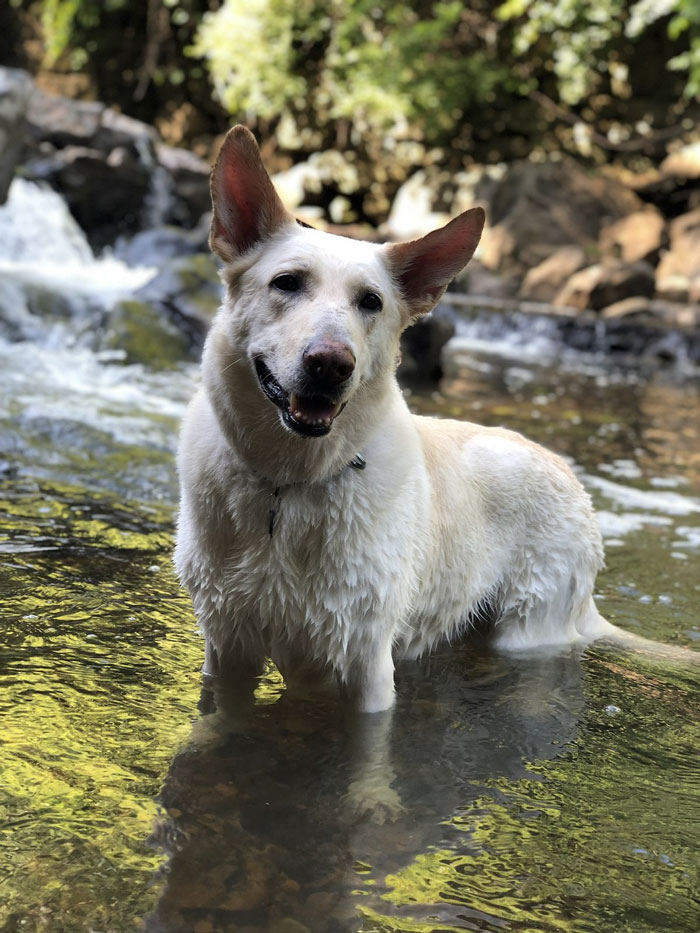 The photos of Mowgli and her art isn’t just solely for fun. Rachelfromearth also wants to use these photos to encourage other people to see the beauty of adopting a rescue dog. But if in case it’s impossible for you to own a dog, you can still help rescue dogs by donating to Shenandoah Shepherd Rescue. Your donation could greatly support the organization in their goal to save stray dogs and help them find their forever homes. 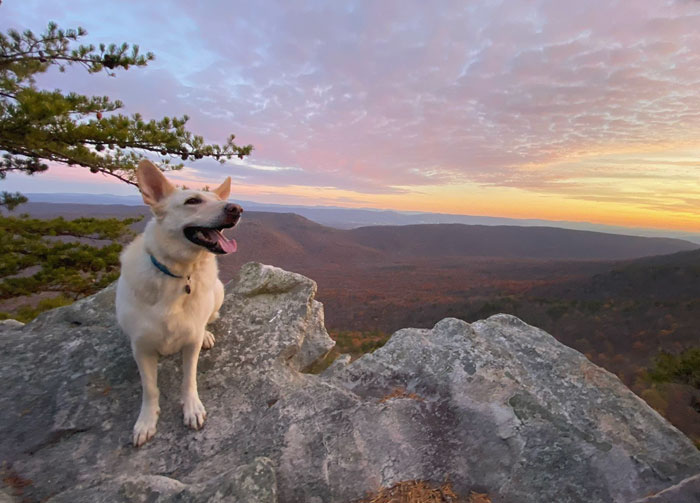 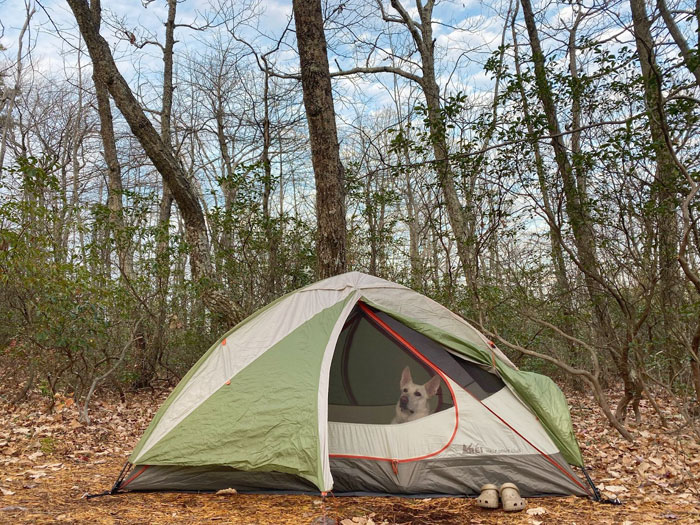 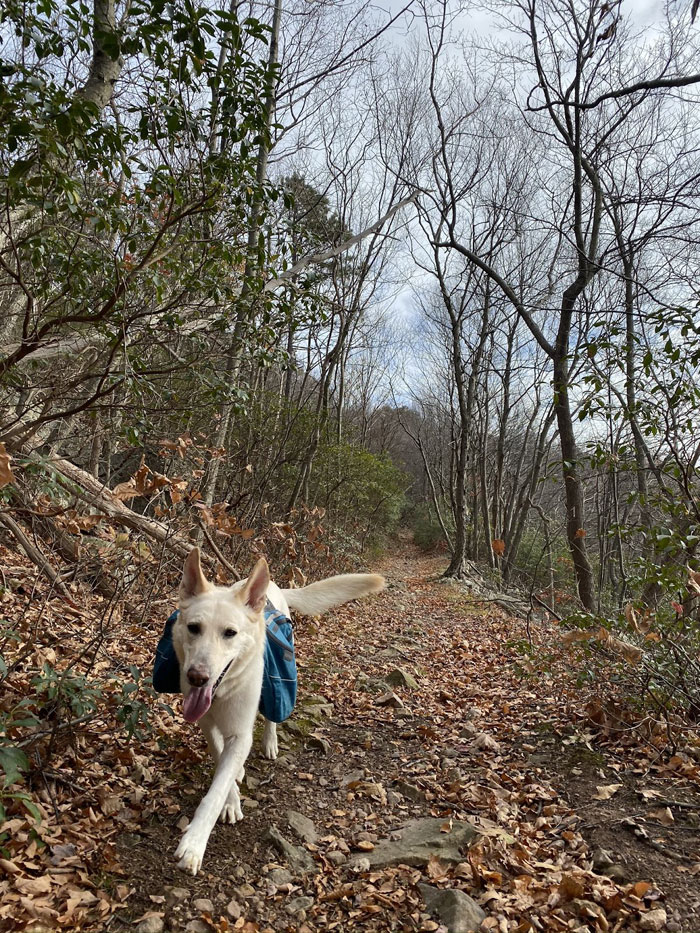