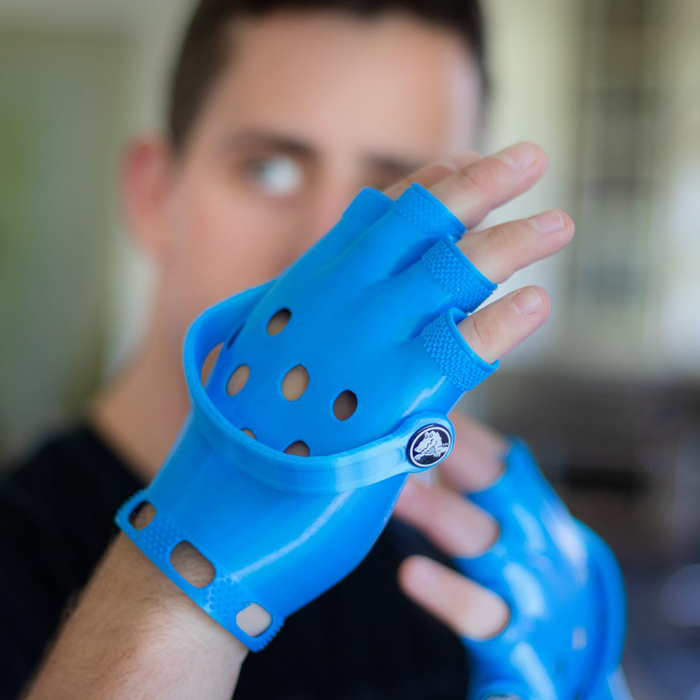 Despite his continuous explanations that his creations are merely for comedic purposes, many people are still taking them seriously. As a matter of fact, his recent invention named the Crocs Gloves became the talk of the town. His Crocs Gloves became a viral hit that Crocs Incorporated even has to take action against him by using the company name. But what is this invention all about?

“I’ve never owned a pair of Crocs myself, but I have a few friends who swear by them,” Benedetto said. “I think I’ve always just had this idea in the back of my head to turn them into gloves because I couldn’t find any reference to the idea anywhere online. Once I actually figured out how to create my own pair, I knew the time had come and I needed to do it.” 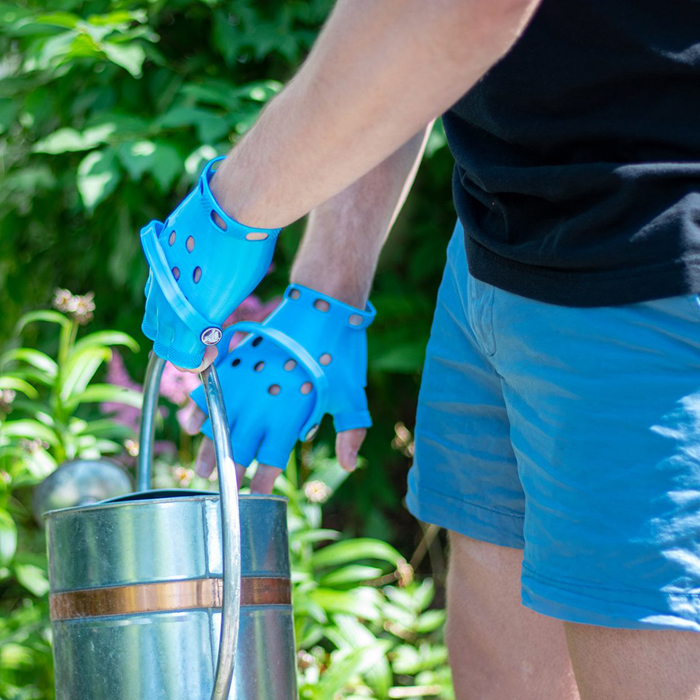 By using a 3D printer, Benedetto created a pair of fingerless gloves that featured the signature design of the popular footwear. The thick foam material, the trademark holes, and the safety traps, are all present in the Crocs Gloves. When Benedetto posted his new invention on his YouTube and Instagram accounts, the post was immediately flooded with comments. Some commenters were also asking where can they buy them. The post spread like wildfire on different social media platforms and even made it to the front page of Reddit. 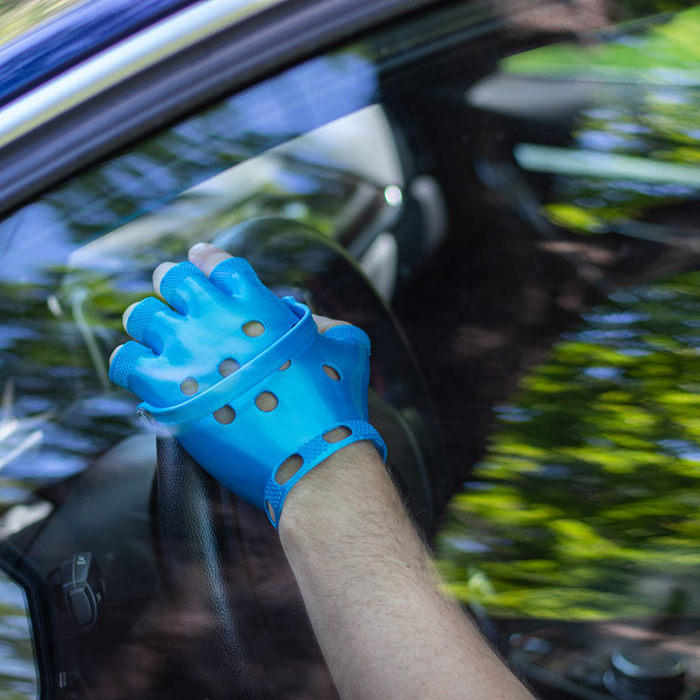 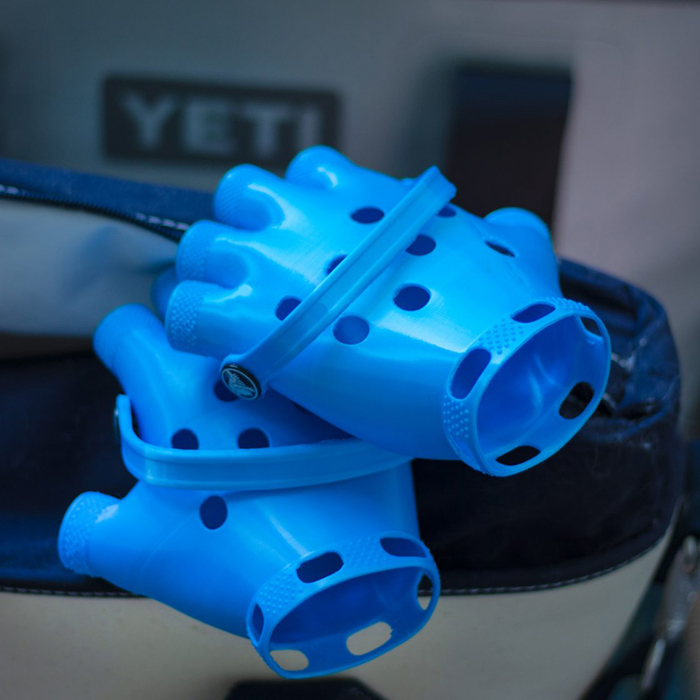 News about the Crocs Gloves reached the Crocs Company and they were not happy with Benedetto invention. The shoe brand asked Benedetto to take the video down. Moreover, they also sent him a Cease and Desist Letter warning him to stop using the brand’s name and logo. Well, seems like Benedetto is back to explaining himself over again.

“If you look at my inventions, it’s very clear that all of my products are made completely out of parody,” he explained. “I thought I was within fair use.” 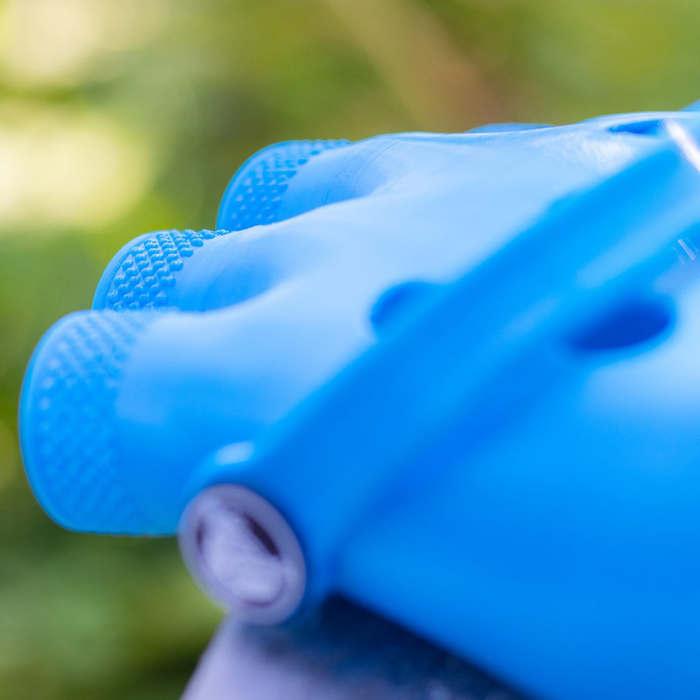 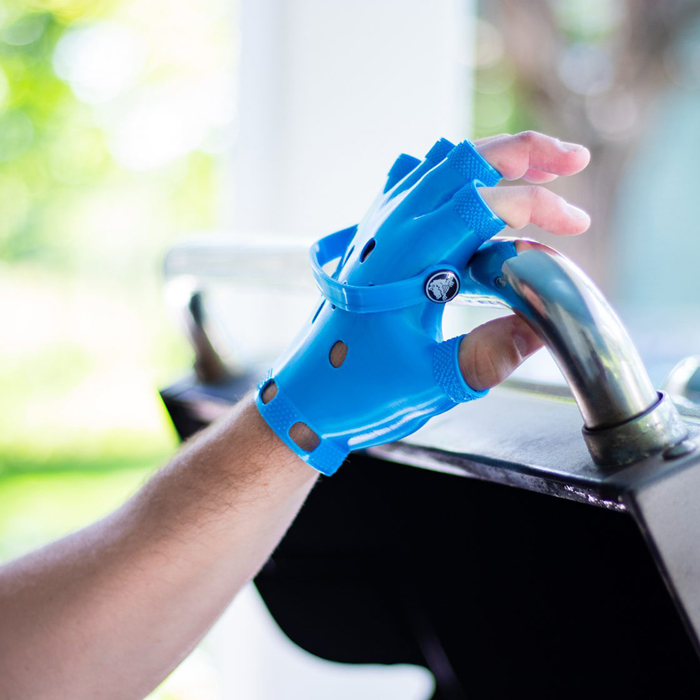 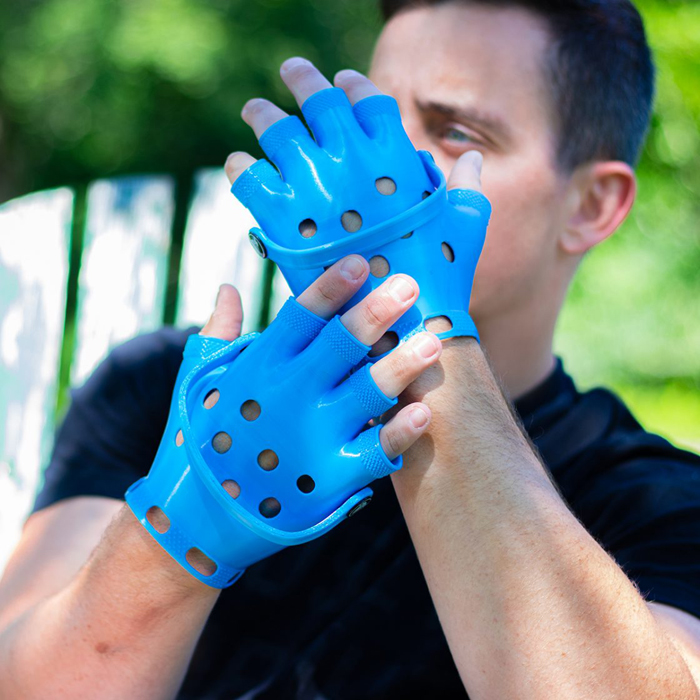 Despite the overwhelming demand for the Crocs Gloves, it is now highly unlikely that it will get its way to the market. But as the inventor explained, his inventions are intended just for laughs and should not be taken seriously. As it turned out, his silly invention has received a more serious response this time.