St. Patrick’s Day is just around the corner! And just like any other special occasion, there’s definitely no better way to celebrate it than with themed treats. Well, as early as now, March is already looking to be a lucky month, at least in the frozen desserts department. That’s because Cold Stone Creamery is bringing us Lucky Charms ice cream to make the holiday more magical.

This limited-edition creation consists of green Lucky Charms-flavored ice cream packed with Lucky Charms marshmallows. And as if that’s not drool-worthy enough yet, it’s also topped with whipped cream and gold glitter. Interestingly, the ice cream parlor chain officially markets it as “Ice Cream at the End of the Rainbow.” Well, perhaps this is actually the pot of gold at the end of the rainbow. 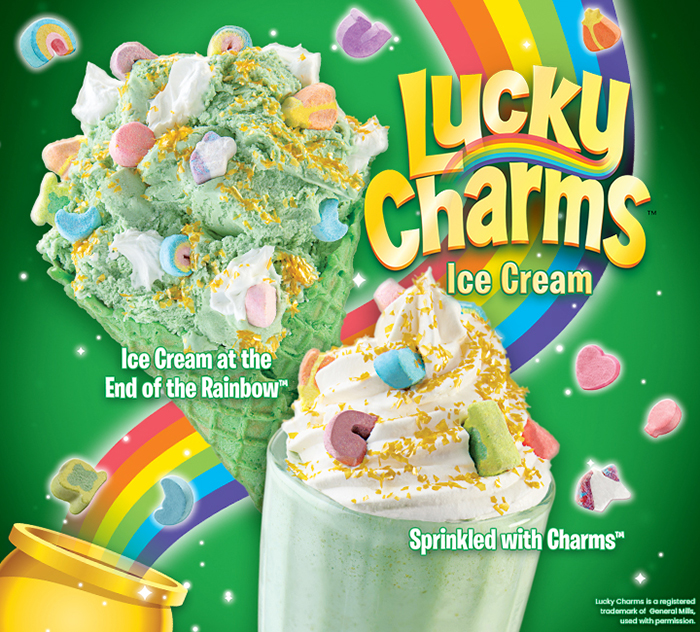 Ice Cream at the End of the Rainbow 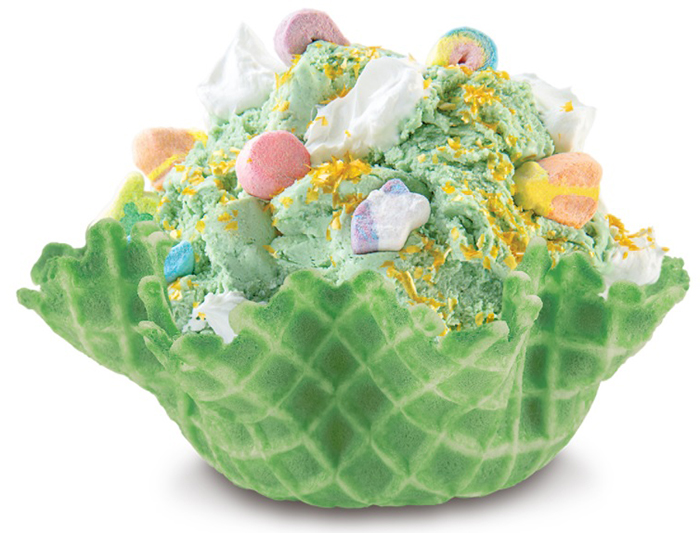 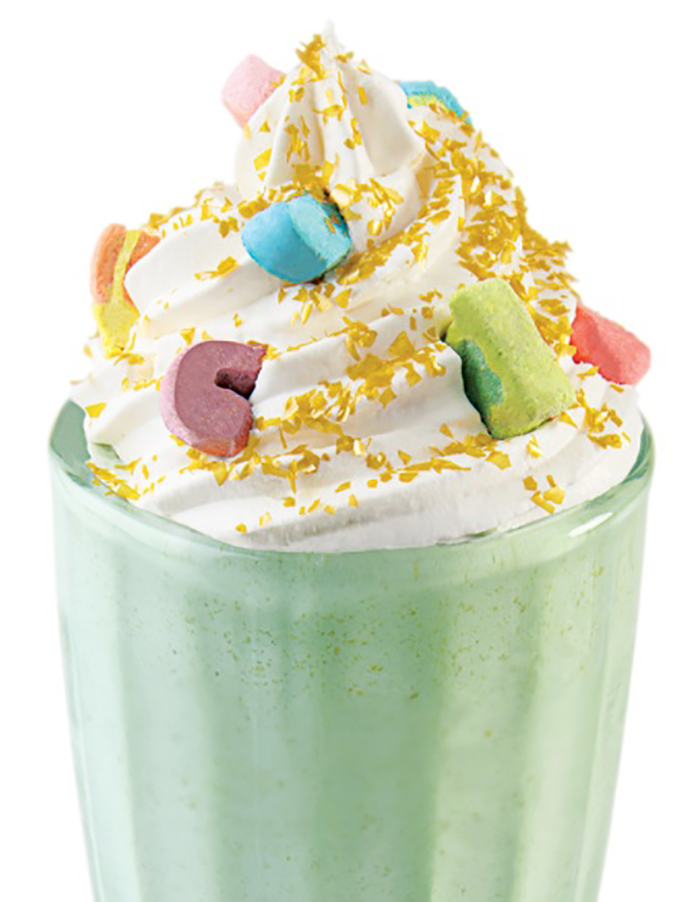 Just recently, both brands teased their fans with photos of the upcoming treats on their respective social media pages. Judging by the responses of their followers alone, it’s safe to assume that both treats will be a hit. After all, you just can’t go wrong with cereal-flavored ice cream, right? In a press release, Lucky Charm’s senior brand experience manager, Mindy Murray, said:

“For generations, Lucky Charms has been synonymous with wonderment and fun, and this year we’re adding even more colorful magic for a special St. Patrick’s Day.”

Apparently, aside from Cold Stone Creamery, the cereal brand is also partnering with Hasbro, JibJab and Crocs for more themed goodies. It should go without saying that all these treats will be gone as soon as St. Patrick’s Day is over. So, be sure you make the most out of the days before March 17th and don’t miss your chance to get your hands on these special-edition treats.