When it comes to horror-fantasy films, Tim Burton classics certainly top the list. A few years back, Build-A-Bear released a Nightmare Before Christmas collection which consisted of Jack Skellington and Sally plush dolls. This year, the toy brand is bringing us a Beetlejuice bear, so get ready to welcome the “ghost with the most” into your home this Halloween season!

The stuffed animal takes inspiration from the devious poltergeist portrayed by Michael Keaton in the 1988 horror comedy film. Just like the fictional ghost, it also comes with neon green hair, purple eyes, and a sneaky smile. Standing 16 inches tall, the plush doll also dons the character’s signature black-and-white striped suit complete with a black tie. Each of the paw pads also features a Beetlejuice branding to complete the look. 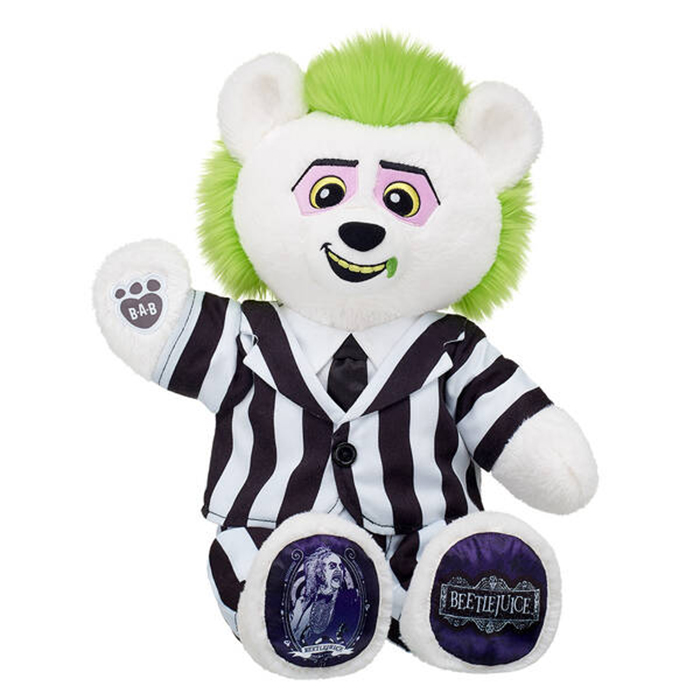 Although the bear is undeniably cute, it wouldn’t stay true to its character without a touch of spooky. So, if that’s what you’re looking for, then you’ll be happy to know that it’s equipped with a 6-in-1 sound chip featuring Keaton’s spine-chilling voice. This enables the doll to blurt out six iconic lines of the mischievous ghost from the film, including “It’s showtime,” and “I’m the ghost with the most, babe.” 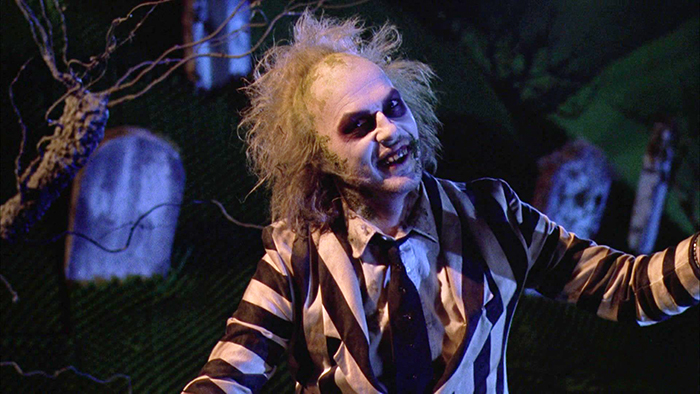 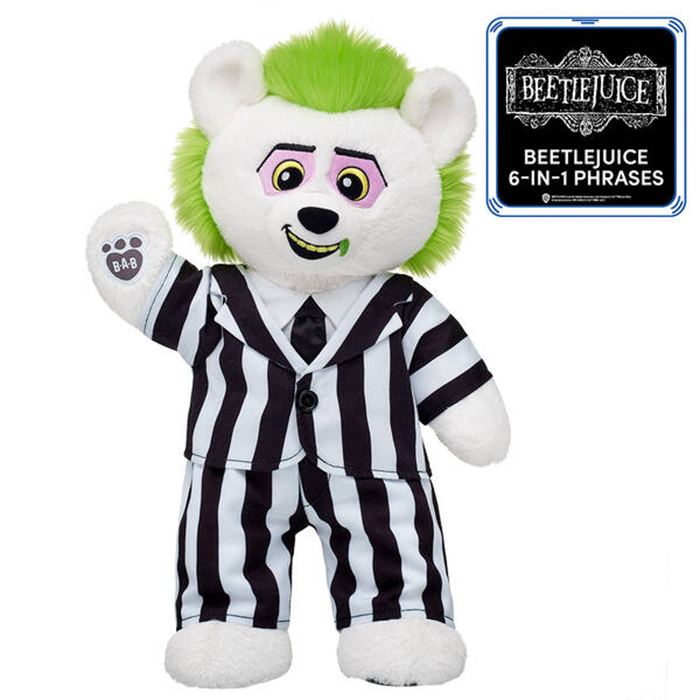 If you’re a huge fan of the movie, then this is definitely a must-have for you! Do note though that unlike regular Build-A-Bears, this version only comes stuffed, with no option for a scent or sound add-on. Keep in mind as well that each customer is limited to four sets only.

Nevertheless, you still get the option to include a birth certificate for your furry friend. You can also upgrade the packaging to a Cub Condo or a Colorful Gift Box for a minimal fee.

If you want something that’s on the creepy side, check out this Beetlejuice wreath as well!