Let this particular incident serve as a lesson to all of us. Leaving a parcel on the front porch is not a good idea, especially when your house is surrounded by woods. And why is that? A family in Lackawanna County came home to discover that one of their parcels was gone missing. Did someone steal it? Seems likely so. But who would go through the trouble of sneaking into the front porch in broad daylight just to steal a pack of dog food? There’s only one way to identify the parcel thief. When they watched the video from the security camera, that’s when they found out who the real culprit is. The Newman family couldn’t believe their eyes as they watch a black bear steals package of dog food left on the front porch.

Bears are true opportunists as they use their great sense of smell to track the goodies. And when they spot their target, they patiently wait for the perfect opportunity to seize it. After all, they are proficient hunters. That’s exactly what happened to the Newman family. Although the delivery driver is partly to blame, the Newman family certainly knows what to do next time. And that is to inform the delivery drivers not to leave the parcels on their front porch. 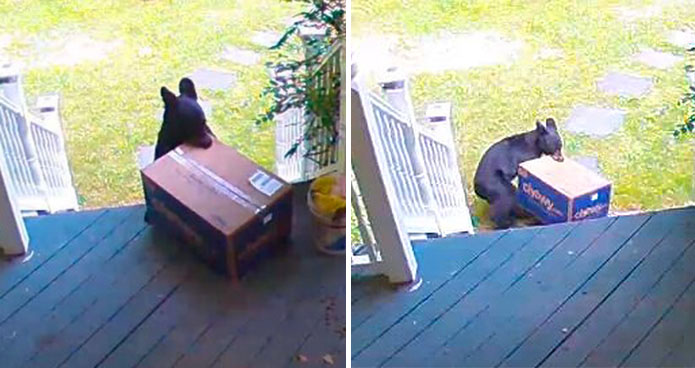 The family contacted Chewy.com, the pet food retailer that sent the package, to show the video. To compensate for the stolen goods, Chewy sent a replacement package for free. And this time, they promised not to leave it on the front porch anymore. Lesson learned indeed. The Newman family shared the video and was featured on WNEP-TV. As people watched the bear steals package of dog food, they can’t help but be amazed by the crafty bear. By sinking its teeth into the massive box, the bear began to haul it down the stairs slowly. The animal dragged the box faster as soon as it reached the ground and quickly scurried into the woods. 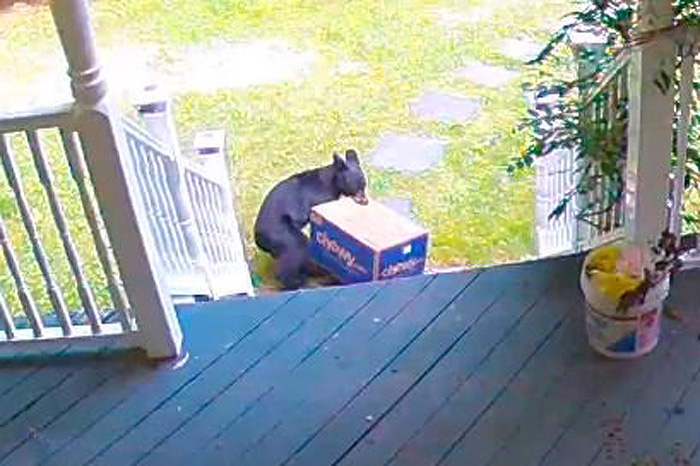 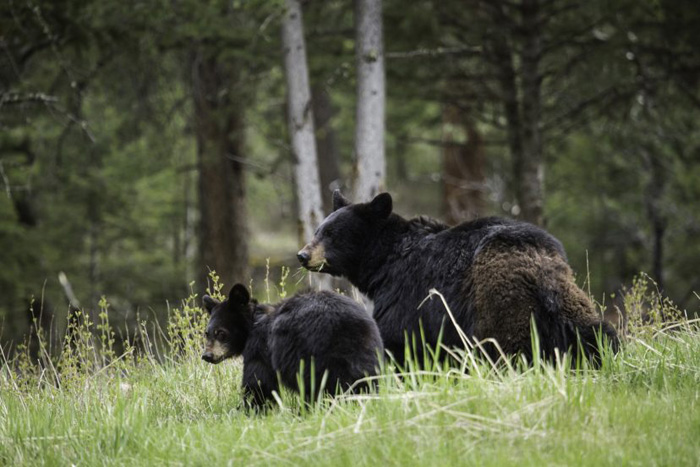 There are several sightings of bears scavenging garbage bins in Pennsylvania. According to the Pennsylvania Game Commission, there are around 20,000 bears in the state comprising of various species. One of these species, the black bear, is only found in Pennsylvania. The state agency has been advising homeowners to keep watch because roaming bears will take advantage of whatever opportunities. Moreover, they can easily remember the sites where they acquired past goodies. So, it’s highly likely that the bear on the video will return to the Newman residence. Only this time, there won’t be any parcel on the front porch.