Home » Products & Technology » Awesome Presents That You Will Always Remember

Awesome Presents That You Will Always Remember

Nothing can be so much sweeter than getting some awesome presents for your birthday or other occasion that you actually really like. Usually people say, “It’s the thought that counts”, but it can often be difficult to hide the look of dissapointment on your face. Sometimes it pays to think a little harder and give an awesome present that will surely leave a mark to that special someone.

In order to really make an amazing gift be memorable, it should be something that is unique, and by being unique, doesn’t necessarily mean it has to be expensive. Just a little sprinkle of your wit and imagination and it’ll surely be an awesome present that will be loved. Here are some unexpected and memorable gifts that will certainly be remembered.

#1 Three hilarious T-Shirt gifts given to this guy by his brother on different occasions. Wow, his brother must have been fond of a picture within a picture. I can already imagine the fourth gift! 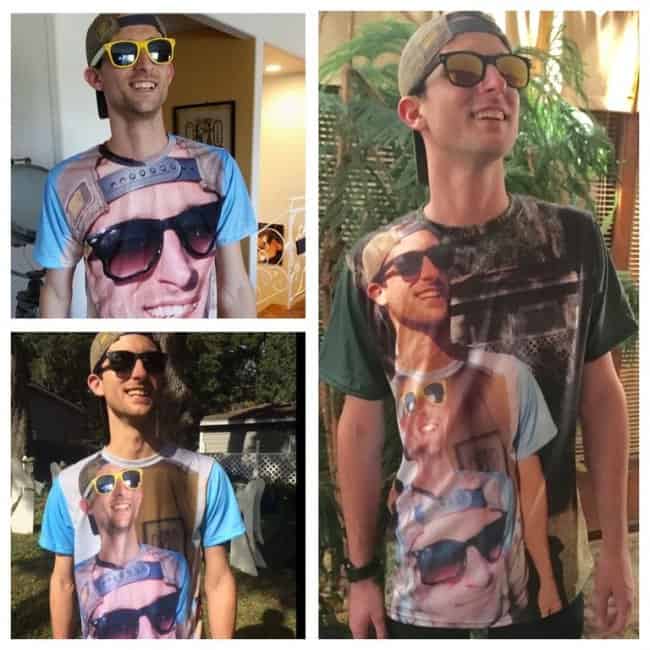 #2 Surprise! When you’ve been hinting for a ring with a big rock. SMH! 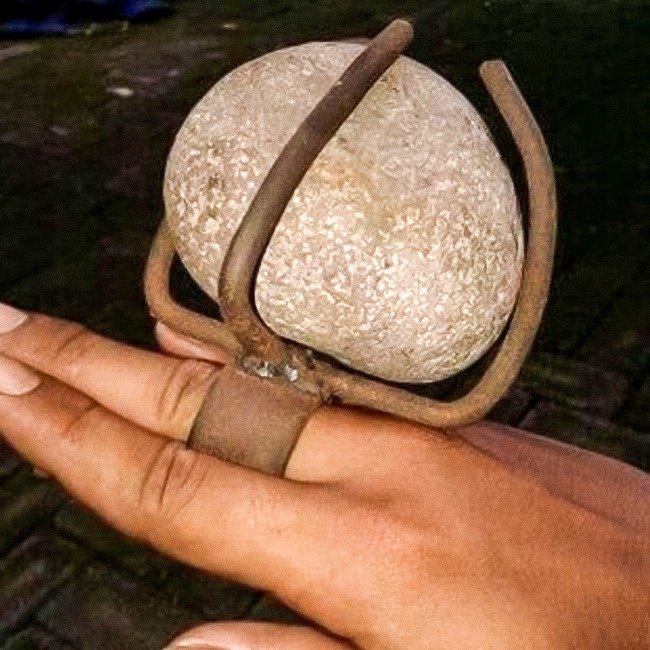 #3 Attaching this to your gift will surely remind them of what they said when you asked. No blaming will ever happen here. What an awesome idea! 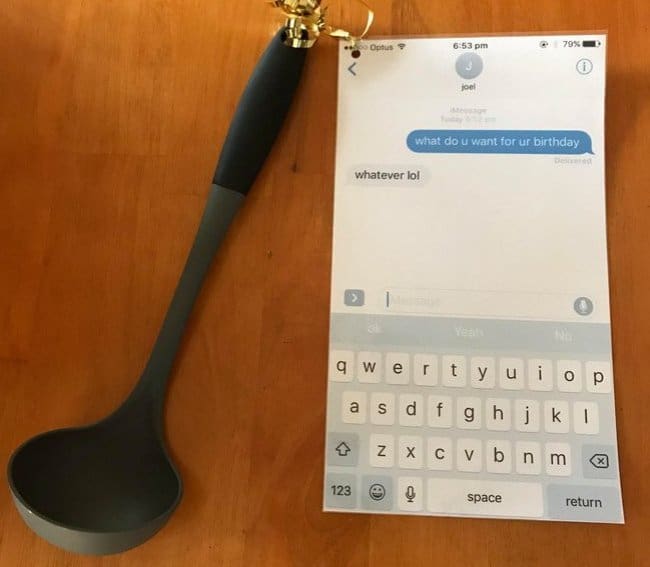 #4 After making arrangements to have a photo shoot with the dog and it turns out like this. 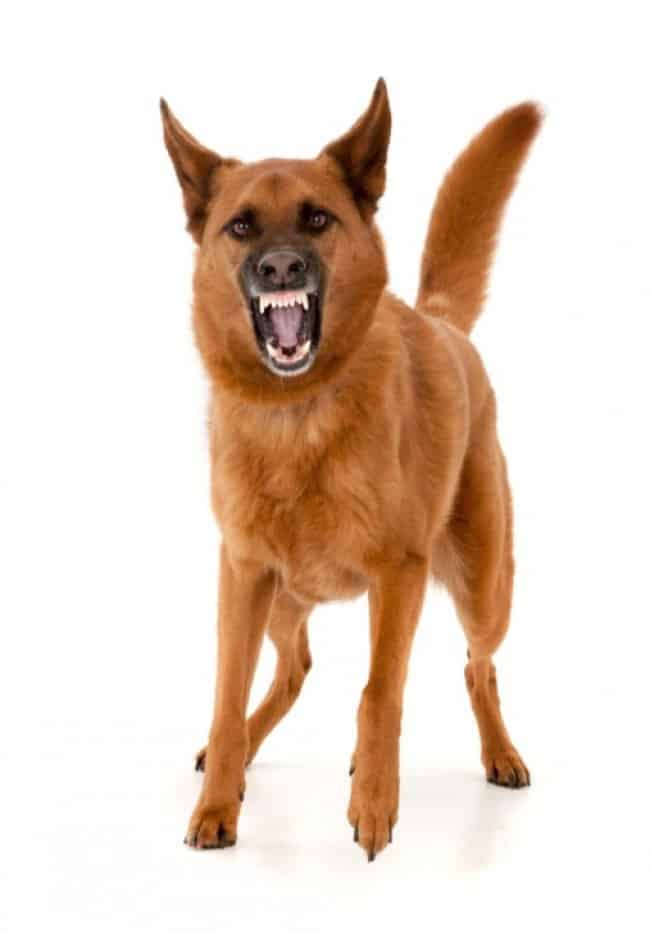 #5 A teacher received this as a wedding gift from her student. Kind of sweet and funny though. 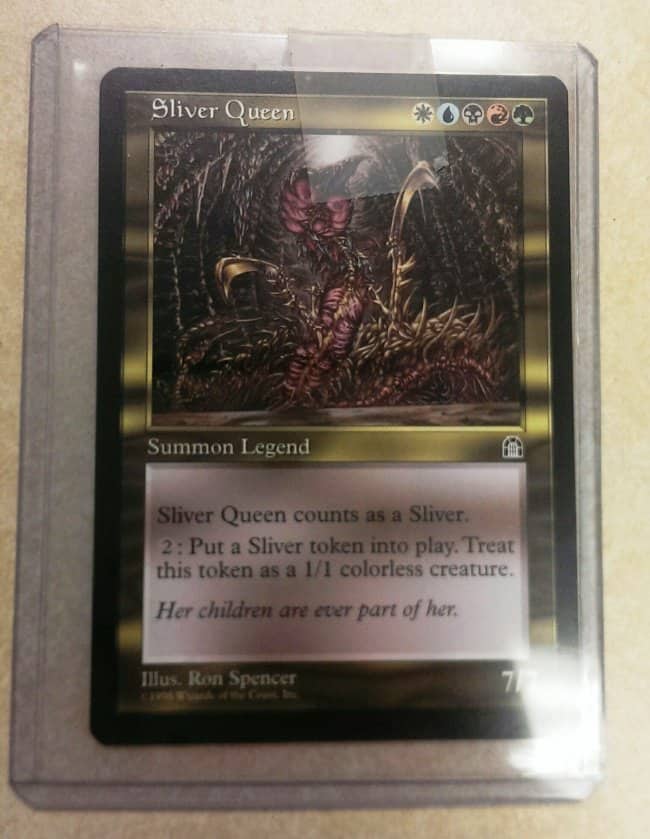 #6 More like a privilege card from your boss. Anyone would be lucky to have this hilarious yet handy gift. Who knows? 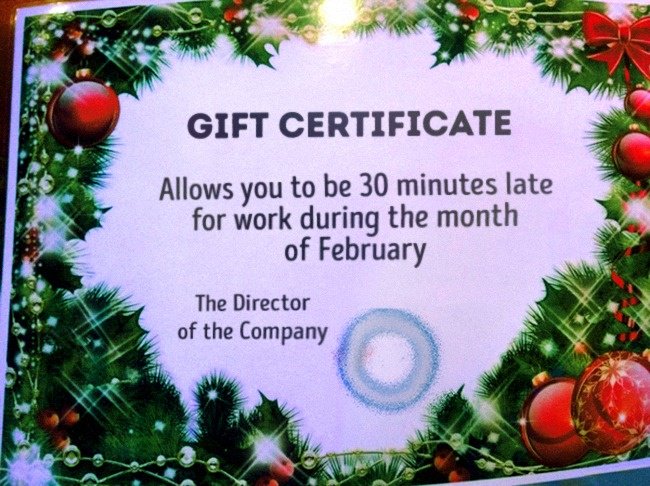 #7 This is becoming a trend nowadays. Nice! 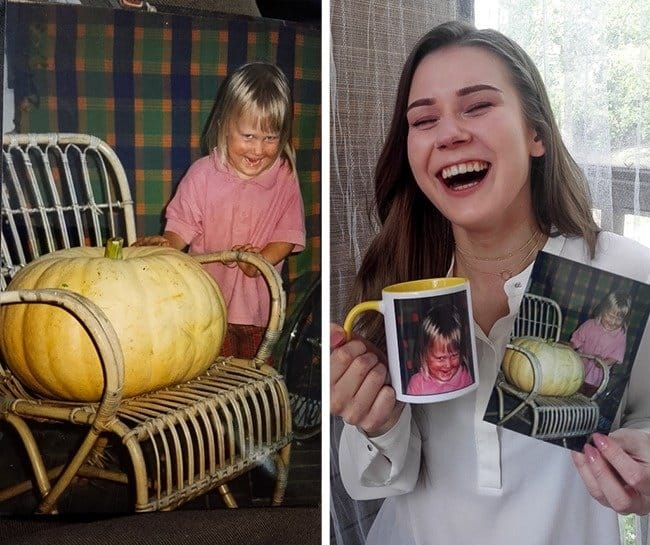 #8 After asking if you could have a dog and you get this gift as a response. I guess you just have to read between the lines. 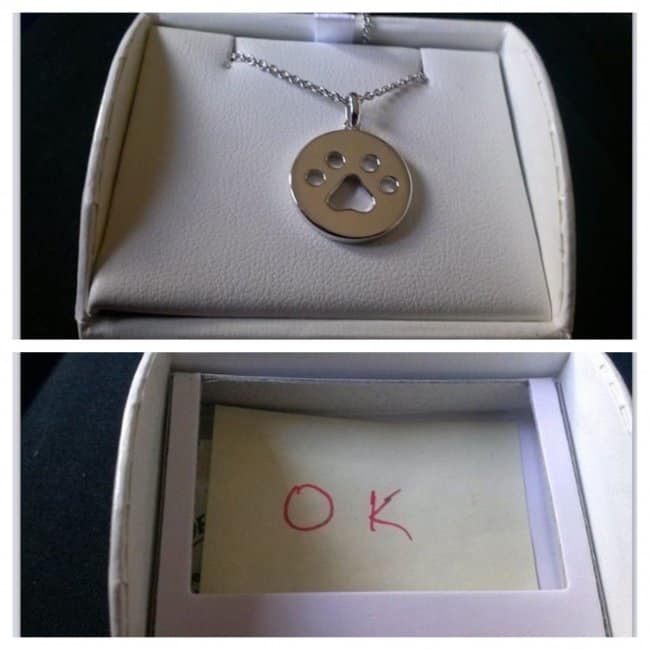 #9 OMG! Can I just say, this was definitely something that’s hilariously done. 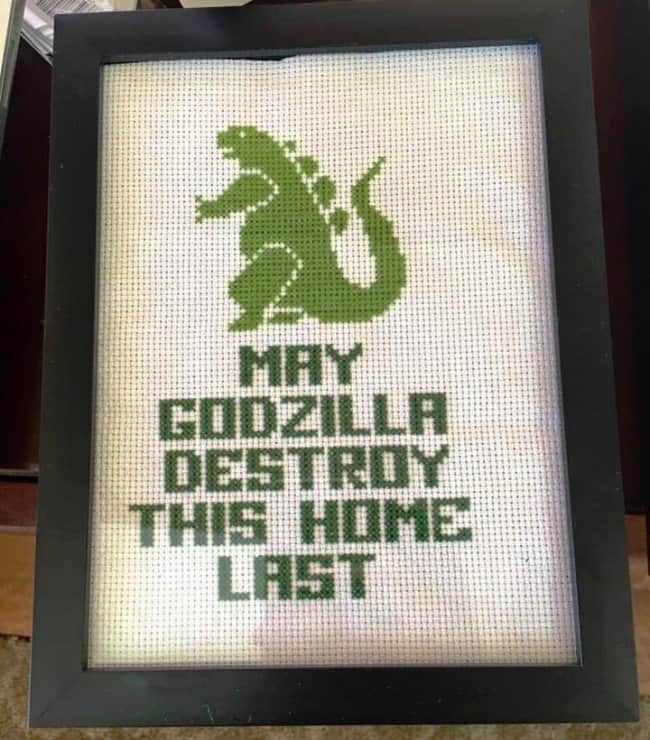 #10 Imagine getting this for your boyfriend. He is sure to think it’s an awesome present for his next birthday! It’s a good way to get him to stop playing computer games… 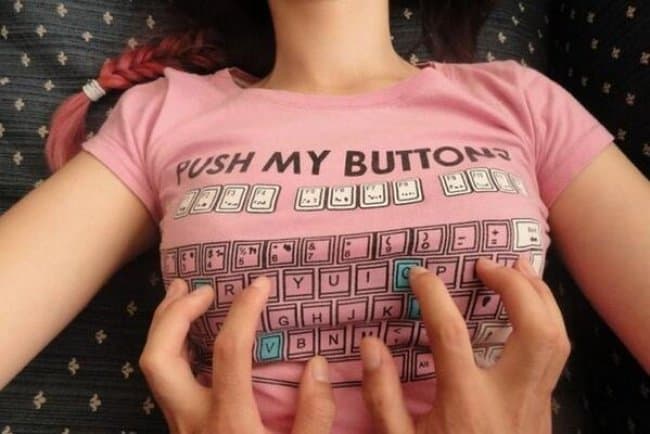 #11 When your grandma is just a pure cat lover but loves you at the same time. 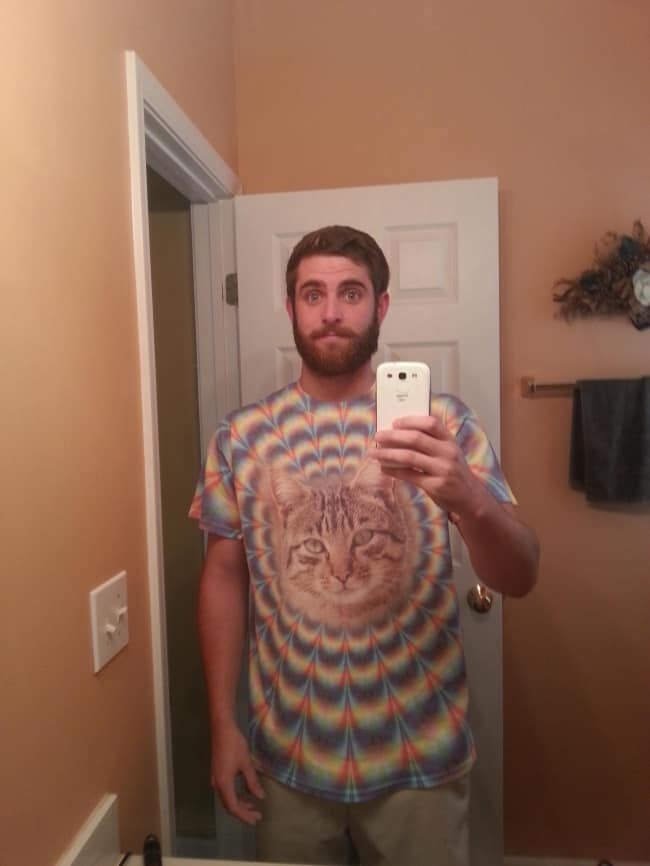 #12 I wonder what should Mary do then if she’s not allowed to eat and drink? 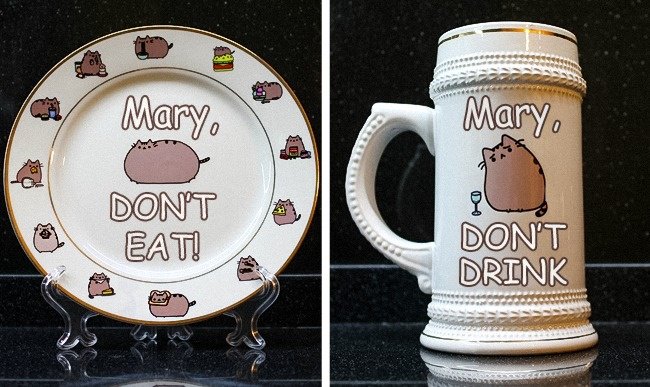 #13 A 24-year-old got given this funny present by her parents. It’s a sign. They’re making things easier for her. 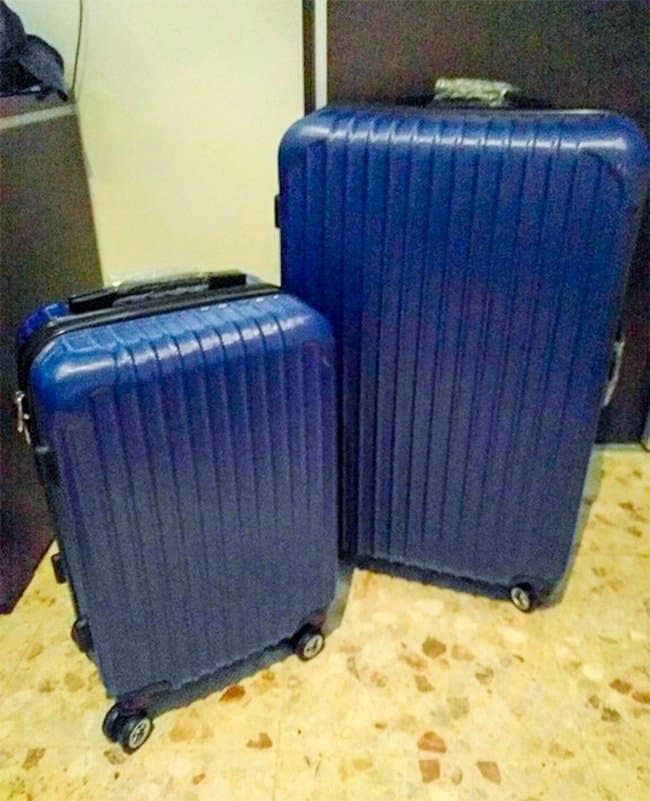 What were the awesome presents that you have received so far? Was it anything similar to these gifts as well? We’d love to hear from you!