Koalas are somewhat considered endangered species to begin with. And their population has been drastically devastated and they could become extinct as result of the bushfires. Australia has been battling bushfires since 1851. But early this year, the country has been ravaged by the deadliest wildfire we’ve seen in decades. In New South Wales (NSW) alone, over 3,000 homes have been destroyed by the wildfires. Worse, the fires also claimed the lives of at least 28 people. Additionally, around 480 million animals are killed by the fire across NSW. Sadly, almost third of koalas in NSW have been killed in the fires, leaving the remaining population severely injured and homeless.

While some parts of wildfires are now relatively under control, the wildfires are still showing no signs of stopping. Over 3,000 reserve soldiers from the Australian Army are now helping the firefighters. Apparently, the firefighters needed all the help they could get to stop the remaining fires in Eastern Australia. Most of the rescued koalas are being taken care of at Cleland Wildlife Park. In order to save the lives of the surviving koalas and preserve their population, members of the Australian Army decided to spend their breaks between fighting fires to care for displaced koalas. 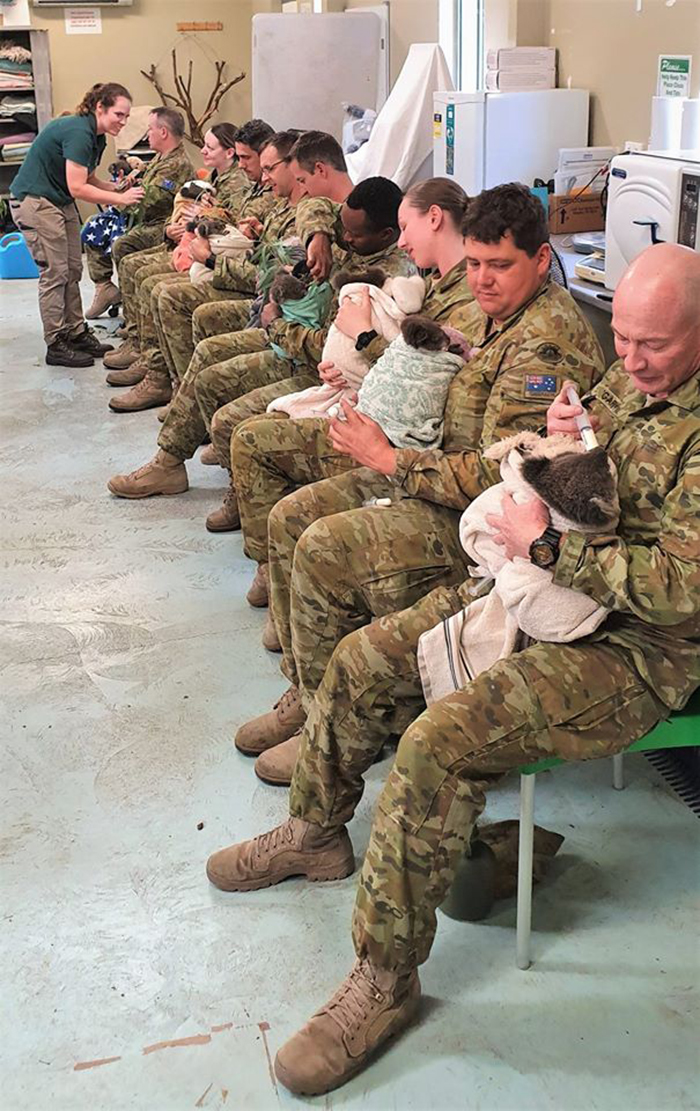 On the photos shared by the 9th Brigade Australian Army on Facebook, we can see some soldiers patiently feeding koalas in their arms. The adorable marsupials are bundled up in blankets as they let the soldiers feed them through syringes. Despite the risky task of battling  wildfires, the compassionate soldiers still find time to help take good care of the displaced koalas. Instead of taking a break from fighting fires, they spend their free time nursing the rescued koalas and preparing climbing mounts for the animals.

“16 Regiment Emergency Support Force have been using their rest periods to lend a helping hand at the Cleland Wildlife Park, supporting our furry friends during feeding time and by building climbing mounts inside the park,” reads the Facebook post. “A great morale boost for our hard working team in the Adelaide Hills.” 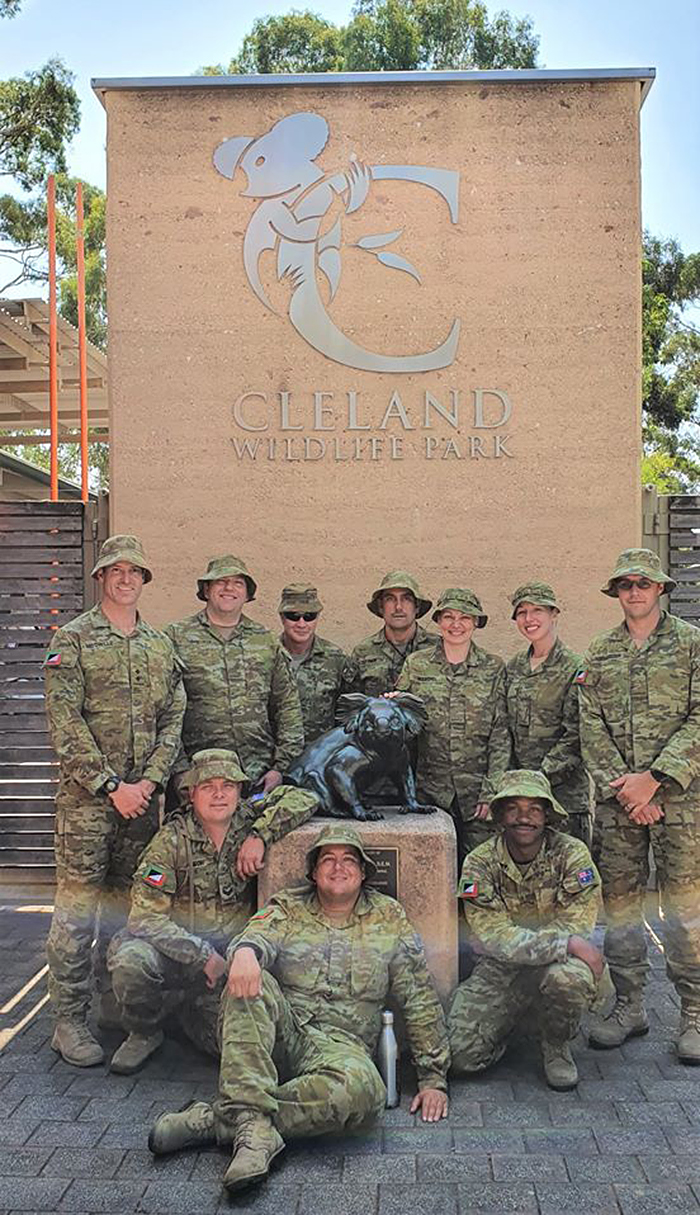 The soldiers on the photo were members of the 16th Regiment Emergency Support Force. And their selfless act of empathy towards the endangered creatures is truly heartwarming. In the midst of this catastrophe, these images of kindness and love can really lighten up our emotional burden. In addition to the Australian Army, other countries (USA, Canada, and New Zealand) have sent additional firefighters to Australia. Hopefully, the Australian wildfires would come to an end soon. So the koalas and other rescued animals can finally go back home. 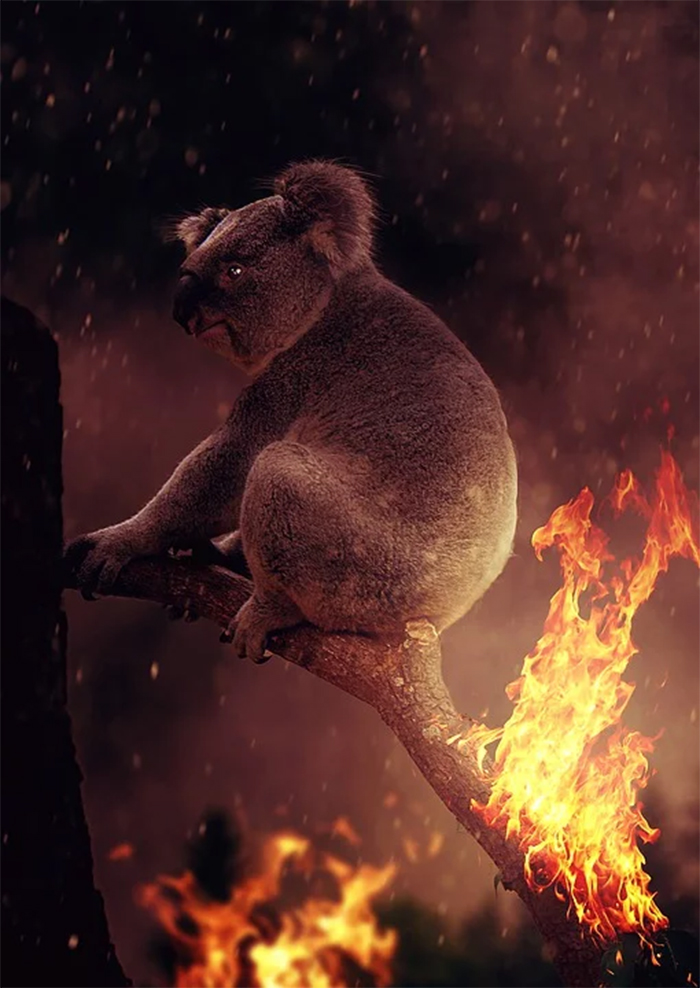 You can also lend a helping hand by donating to WWF’s Australian Wildlife and Nature Recovery Fund. Your donation could support the organization in saving wildlife and restoring the lost forests.