We all know Funko for its wide variety of cute vinyl figures and bobbleheads inspired by pop culture icons. But this time, the toy brand has taken a break from pop culture icons to create figures of real-life superheroes. The brand has recently launched its “Bushfire Heroes” figure in collaboration with Popcultcha. This limited-edition toy figure features a firefighter holding a koala rescued from the tragic Australian bushfire.

The new figure is not just another collectible for toy enthusiasts out there. For one, it’s an homage to all the brave firefighters who have risked their lives to fight against the disaster. Furthermore, it’s part of a fundraising campaign for the Australian wildlife greatly affected by the bushfire crisis. 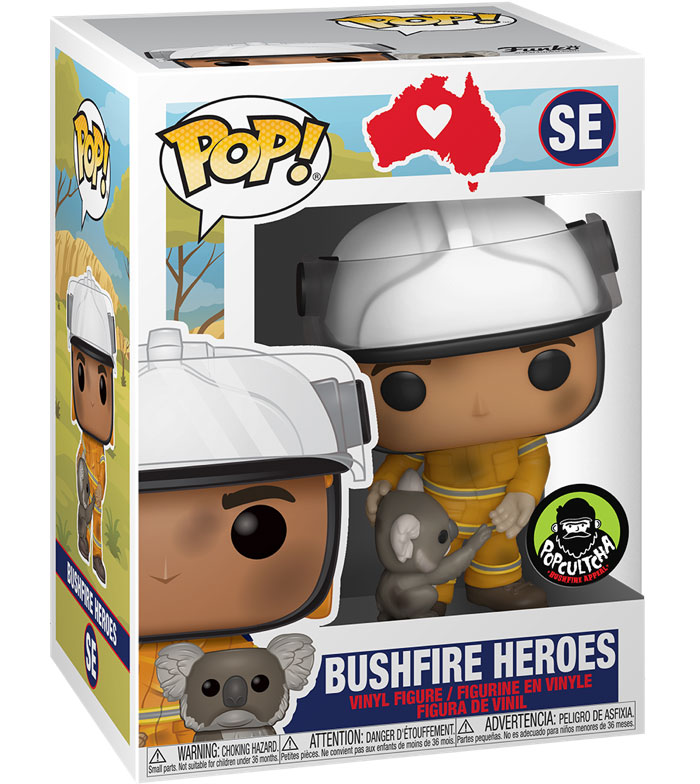 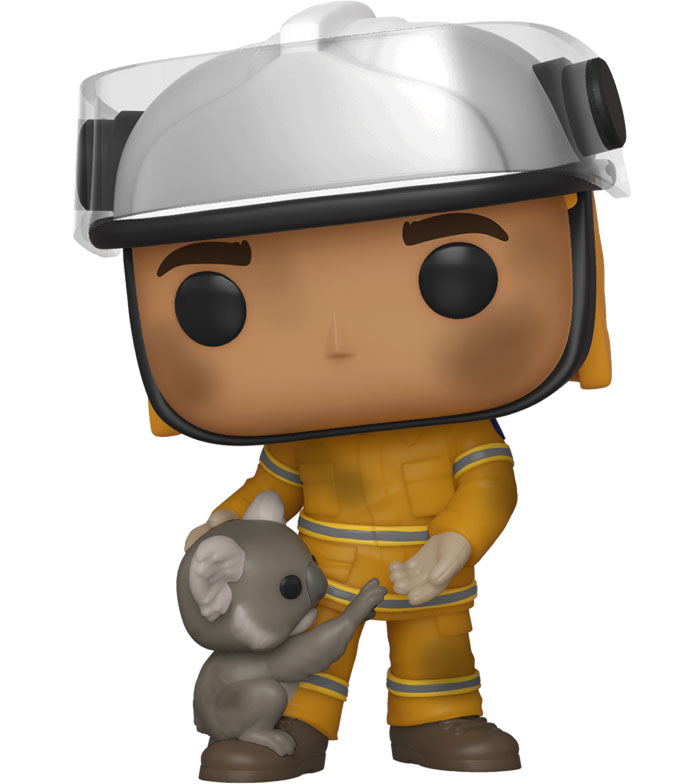 In a Facebook post, Popcultcha announced that all proceeds from the sale will go to the RSPCA National Bushfire Appeal. 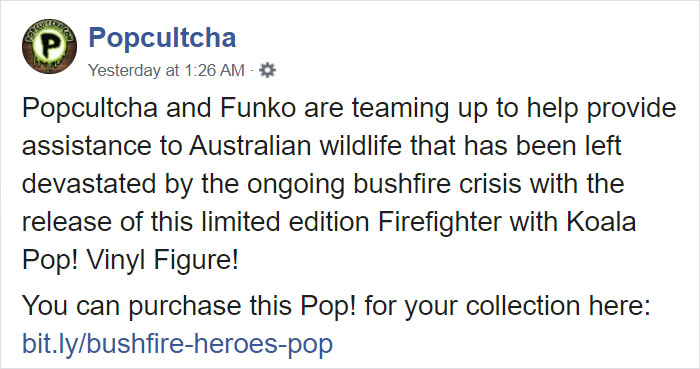 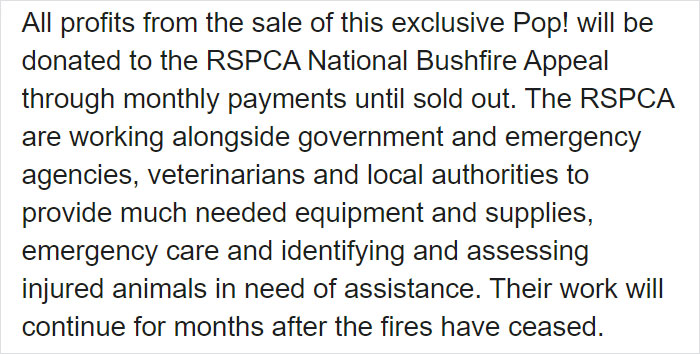 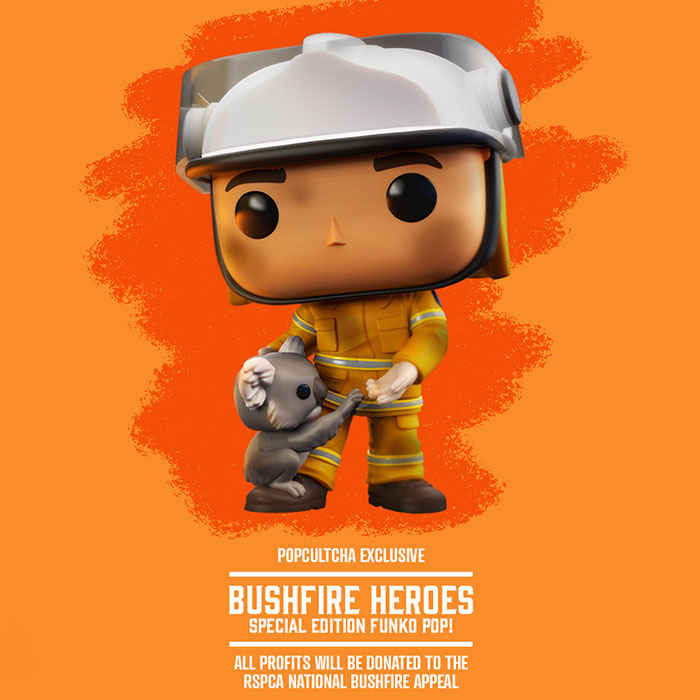 The RSPCA has been working with government and emergency agencies as well as veterinarians and local authorities to help provide supplies and emergency care to rescued animals and other bushfire-affected communities.

The unprecedented bushfires have destroyed a big part of the natural habitat of Australia’s wildlife. In addition, the ferocious fires have killed over a billion animals, leaving thousands of others injured or displaced. So, it’s heartwarming to see companies and even ordinary animal lovers going out of their way to help these bushfire-affected creatures. 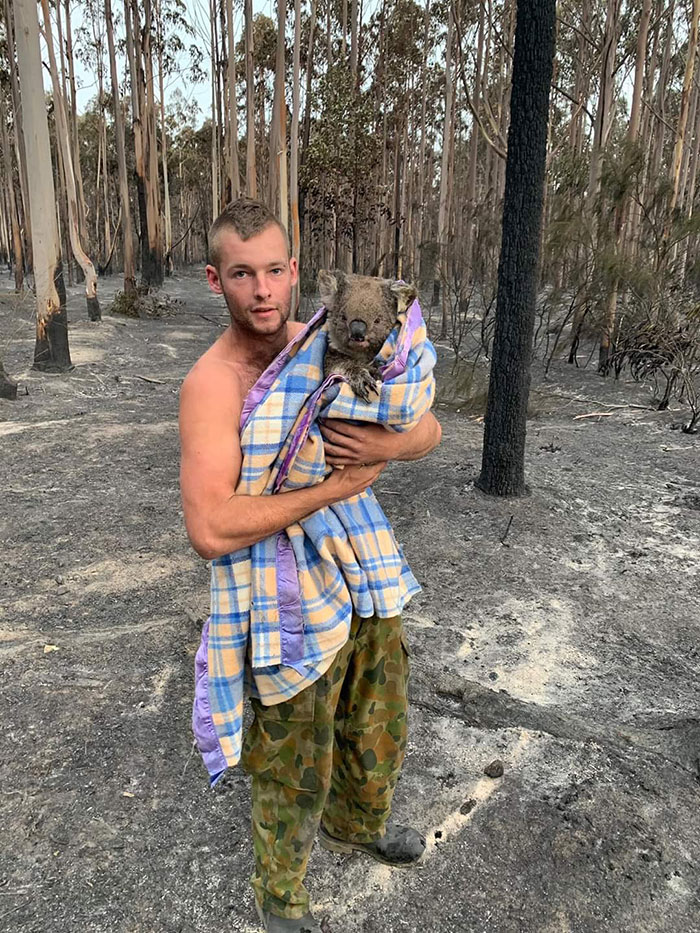 In collaboration with PopCultcha, Funko is releasing a limited edition Bushfires Heroes Pop! to help injured and displaced animals who have suffered as a result of the Australia fires. Learn more on Funko.com! @popcultcha

The figure is now available for pre-order here. It retails for $19.99 exclusive of shipping, with estimated delivery around June. However, if you’re not a fan of toy figures, you can still support the cause by donating directly to the RSPCA. Feel free to visit their website to learn more about the organization’s cause.