After 6 Long Years, Totino’s Pizza Stuffers Are Back

Totino’s had an appetizing range of new offerings for this year including the Pizza Rolls Ham & Cheese and Toastables in Pepperoni and Chicken Quesadilla flavors. But the frozen pizza brand isn’t done yet. You’ll be happy to know that Tonito’s Pizza Stuffers are finally back in grocery stores after being discontinued in 2014.

This returning pizza snack was launched in 2011. But for some reason, it was discontinued in 2014 despite its popularity. Fans of Tonito’s Pizza Stuffers never heard of it again, not until now. When Instagram account @tamisclock shared a photo of the returning pizza snack that she found at Meijer, people can’t contain their excitement for the good news. Although the 2020 version looks different from the old one, people are glad to see their favorite ‘pizza pouches’ back in the frozen section.

Totino’s Pizza Stuffers Are Back 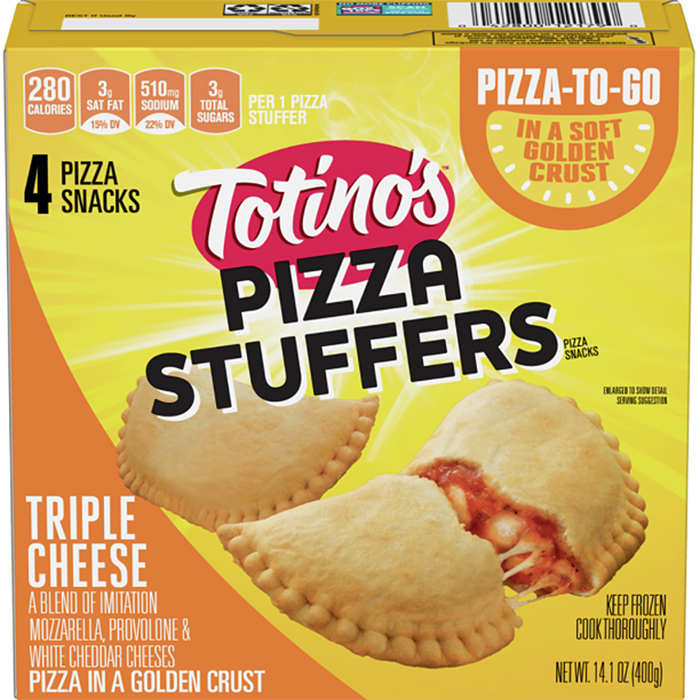 When the product was launched in 2011, it came in three varieties of flavors including Cheese, Pepperoni, and Combination. Compared to the brand’s popular Pizza Rolls, Totino’s Pizza Stuffers came in the shape of empanadas, which were actually larger than the pizza rolls. If pizza rolls have a crispy crust, the pizza stuffers have a soft golden crust. The only thing they have in common is the same savory pizza filling that the popular brand is known for.

It has been 6 years since the last time we saw Tonito’s Pizza Stuffers on the shelves. But recently, people have spotted them again in grocery stores. So, it seems like the brand decided to bring this variant back out of the blue. However, the new version only comes in one flavor – the Triple Cheese. It features a blend of imitation mozzarella, provolone, and white cheddar cheeses. So, you’ll get three times the cheesy goodness in every pizza pocket. Furthermore, it doesn’t appear to be a store-exclusive item so you are likely to find it in the frozen section of stores near you.