The Throw Throw Burrito Card Game Is Like Dodgeball

Introducing the world’s first dodgeball card game! Throw Throw Burrito is like Uno meets Nerf to give you the best of both worlds. It is indeed a game unlike any you’ve played before because players get to play two types of games wrapped up in one. Now, you might think that fusing a laid-back game and a physical game might result in a set of complicated game rules. But you’ll soon discover that this unique game is actually quite simple and easy to learn.

The game can be played by 2 – 6 players. It includes 120 cards, 6 tokens, 1 game badge and 2 foam burritos. To start the game, place the pair of foam burritos on a table and draw cards. Players take turns in drawing cards from the deck. Earn points by finding sets of 3 cards so try to collect matching sets of cards faster than other players. In addition to the game cards, the deck also include battle cards that instigate the launching of the burritos. If a player plays a battle card, the player declares a Burrito War and starts flinging burritos at opponents. 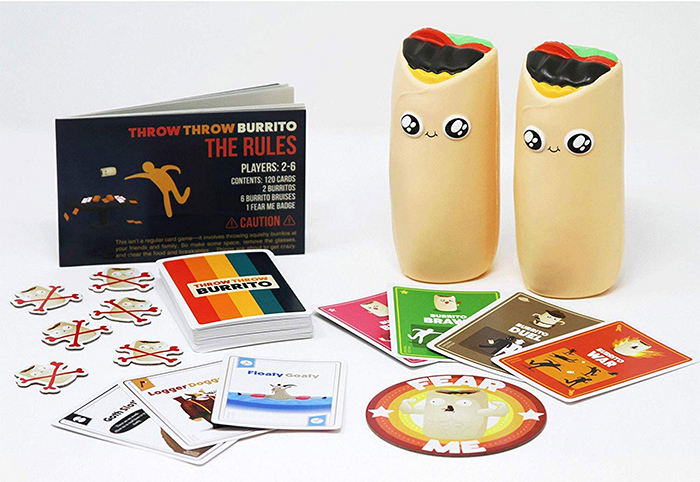 When the battle begins, players can pick and launch the foam burritos towards their opponents. You can steal points from your opponents by hitting them with it. But keep in mind that you can also lose points if you fail to dodge the squishy burritos. Battle cards come in three different types: duel, brawl and war. Each type has specific set of game rules. The duel cards, for example, can only be played by two players. With each their own burrito, they must stand back to back and walk three paces before they can fire at each other. 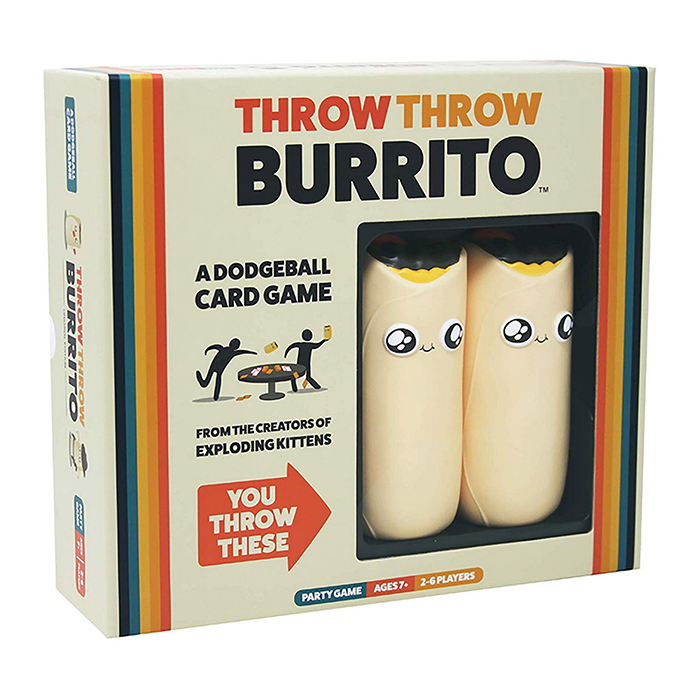 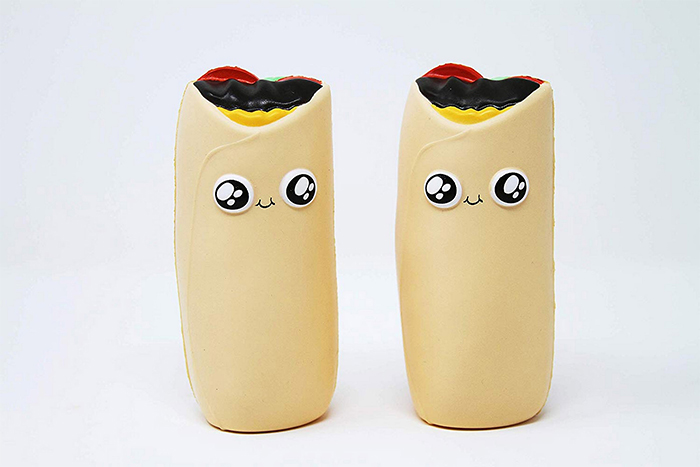 The game ends when the last card is drawn from the deck. And the player with the highest point wins. A fun game for the entire family, the slow-rise foam toys are so soft and would not hurt even if you throw it with force. The set also comes with instructions and easy-to-follow game rules. If you want to play with more people, you can buy two sets and combine the two decks so you can play with up to 12 people. And of course, more burritos means more fun. One satisfied buyer wrote:

“Man, it was just what our family needed to have fun without it being too complicated. Even our 6 year old was able to join in the fun!! It was fast paced too so no getting bored. My teen boys loved the burrito throwing portion and have already asked if there are more games like this to try out!”