It’s certainly an aww-dorable moment when animals socialize with each other. More so if they are of different classes and species. Take for instance this newfound friendship between a dachshund named Stanley and a seal puppy named Aayla. This precious encounter only goes to show that true friendship knows no boundaries, even for animals.

Stanley recently went on a trip to Cornwall with his hooman Melanie Talbot. And part of their itinerary was a visit to the Sea Life Trust Cornish Seal Sanctuary, where Aayla permanently resides. Talbot recalled how there was an instant connection between the two. Well, if there’s such a thing as love at first sight, then this friendship is that for sure. 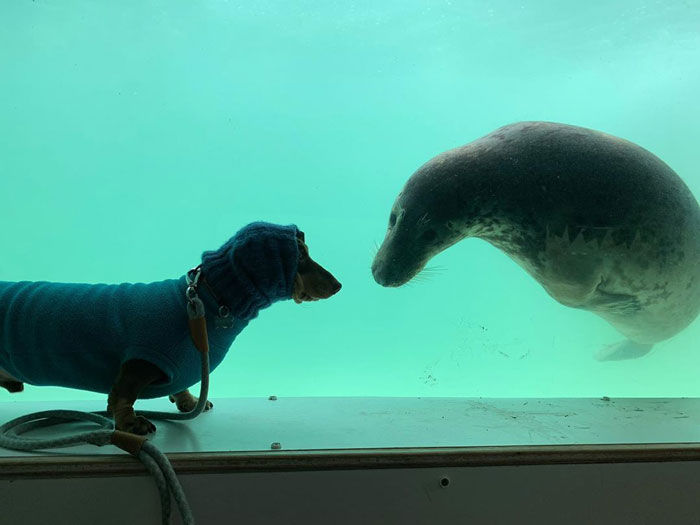 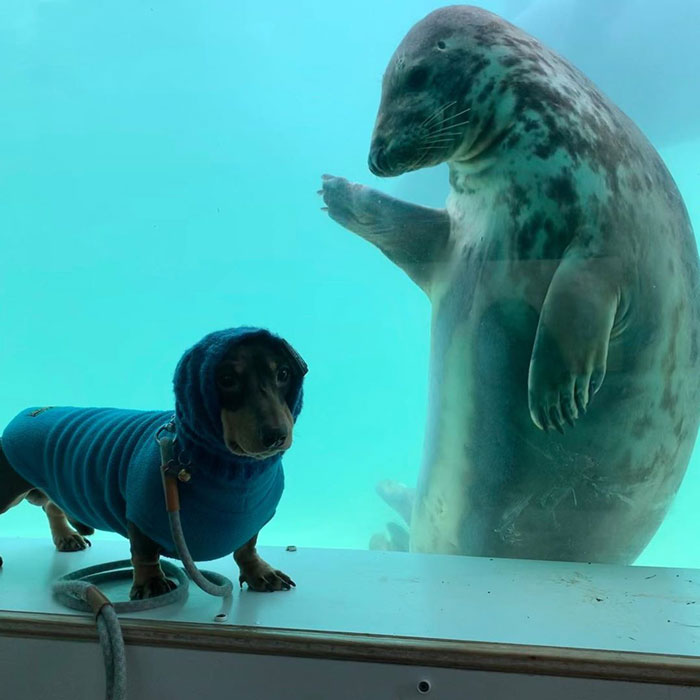 The two pups spent 20 minutes interacting with each other and booping their noses towards the glass partition. At a glance, anyone would be quick to believe that they were whispering to each other. They even posed adorably in front of the camera.

With the two-year-old dachshund in his hooded doggy jacket… 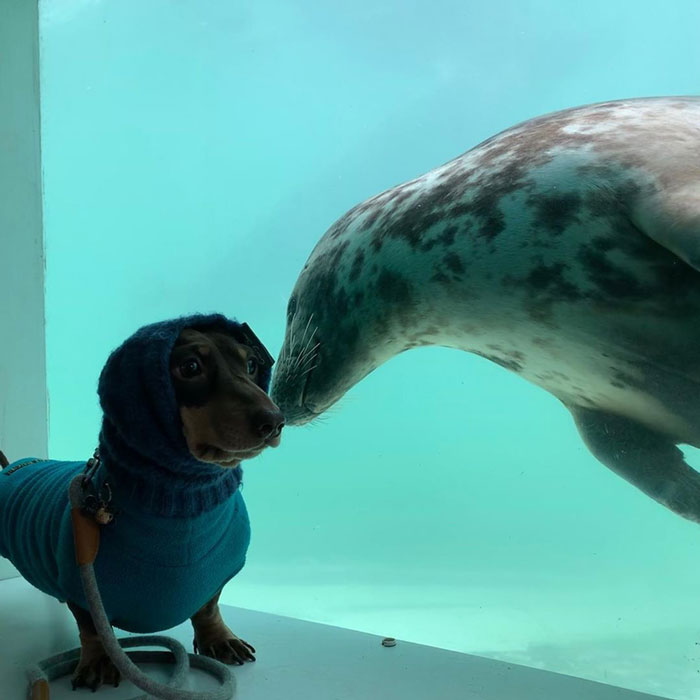 …it was nearly impossible to tell the difference between the two! 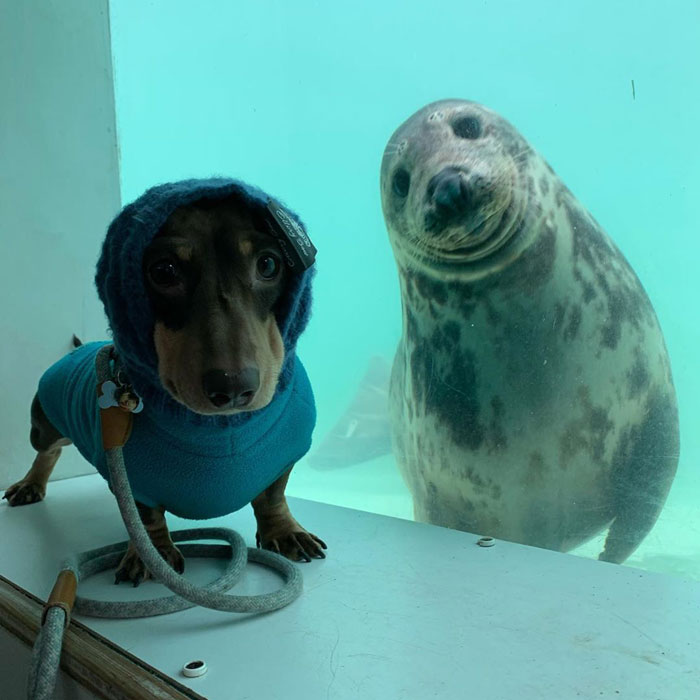 It turns out that this was not the first time that Aayla made a new friend. The sanctuary’s marketing manager, Georgina Shannon, shared a few more of the seal puppy’s friendly encounters.

“We are often sent photos from our guests who have captured Aayla interacting with their dogs, so this isn’t the first time she has made friends with a dog, although she seemed to really love Stanley!” 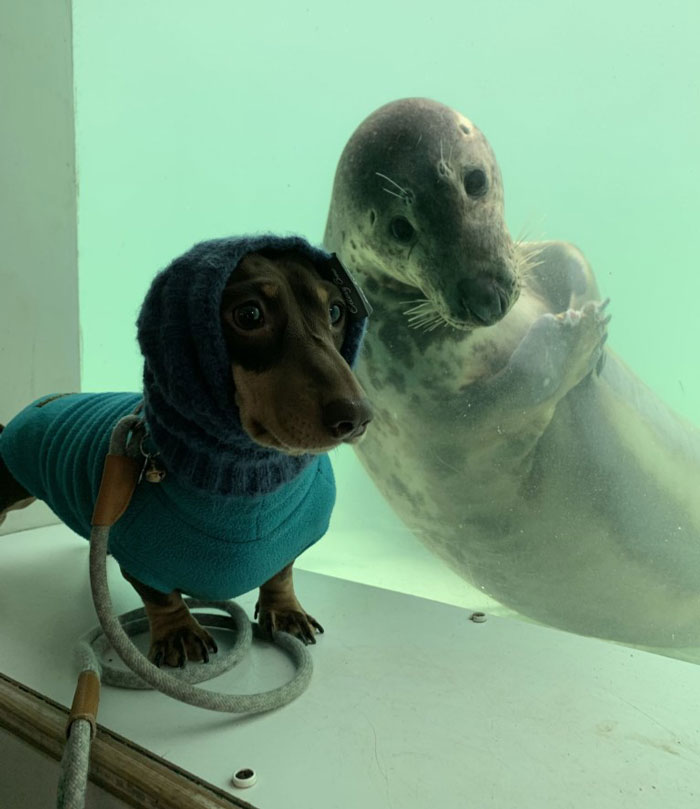 The sanctuary officially welcomed Aayla back in July 2018 after rescuing her from Bacton, Norfolk in January 2017. When they found her, she was malnourished, with an injury on her right flipper. Despite this unfortunate experience, Aayla remained playful, not to mention friendly towards other seals. 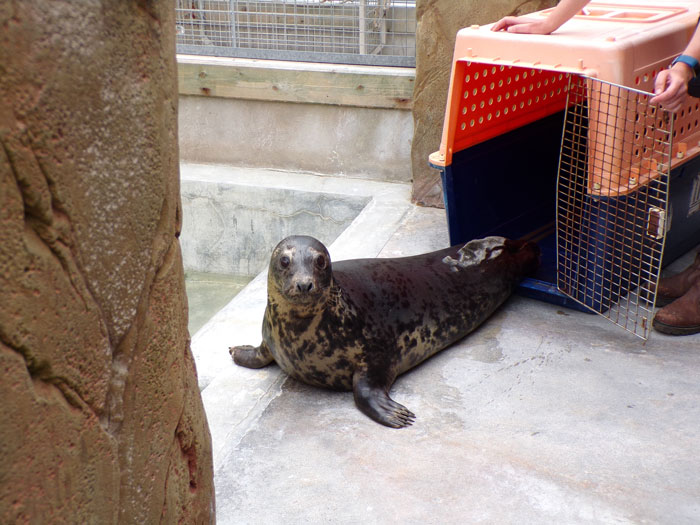 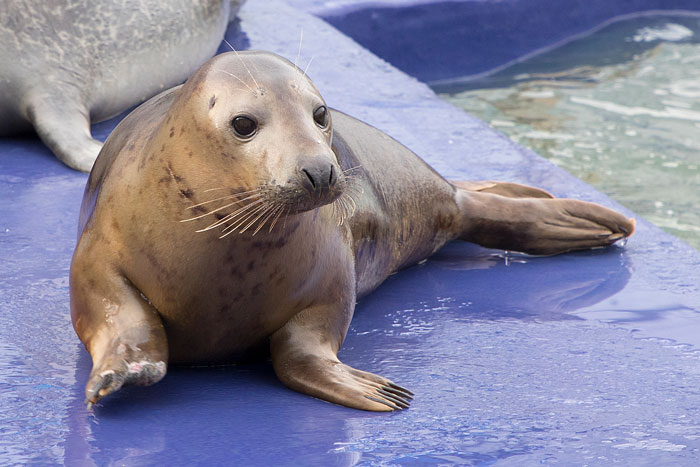 “Her favorite activity is to sneak up to the team and to pester the other seals when sunbathing. Aayla is very intelligent and quick to pick up new things during her training sessions. Even with her part amputated flipper she still manages to keep up with the others and get into plenty of mischief!” 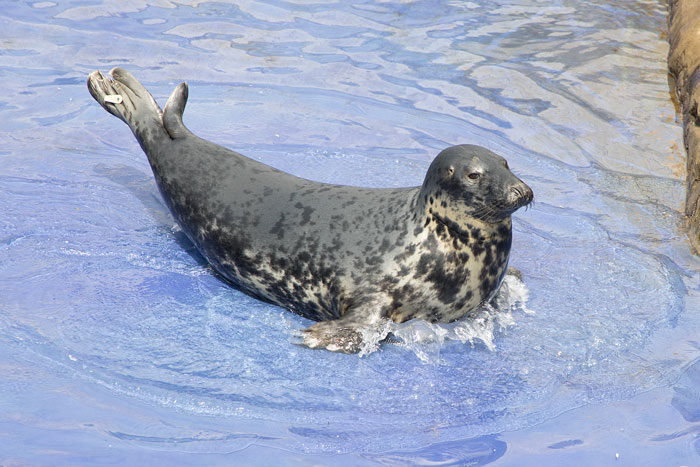 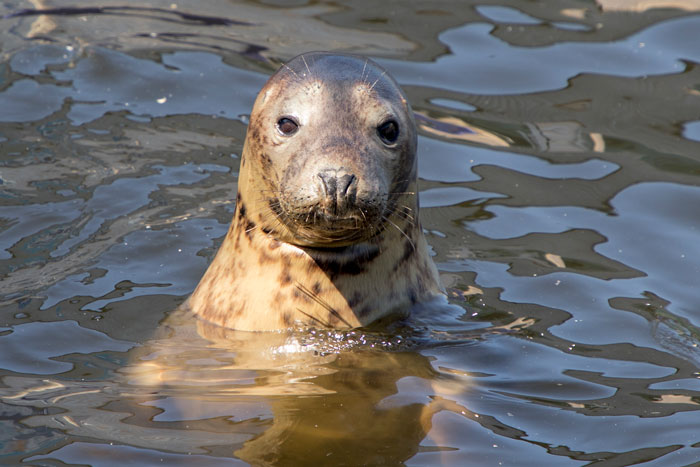 The Sea Life Trust Cornish Seal Sanctuary has been rescuing sick and injured marine animals for over 60 years now. The sanctuary primarily aims to provide care and a permanent home for these animals. However, it’s also part of the charity’s mission to release these animals back to their natural habitat once they have fully recovered.

“We have had reports from Ireland that one of our released pups has been spotted there! We are able to receive this information as each pup we release has a flipper tag with a number on so if they are spotted, we will know which seal it is by their tag number.”