Strange Roommates You Would Definitely Want To Avoid Living With

Being in college, its usually common to live in dormitories and have roommates. It’s always awkward at first, but you’ll be able to get along in the long run with your roommate. But, not everyone gets the opportunity to bond. Some are weird as hell. Here are some testimonies of college kids about their experience with their scary, frustrating, and strange roommates.

Why can’t he just go directly in the bathroom? 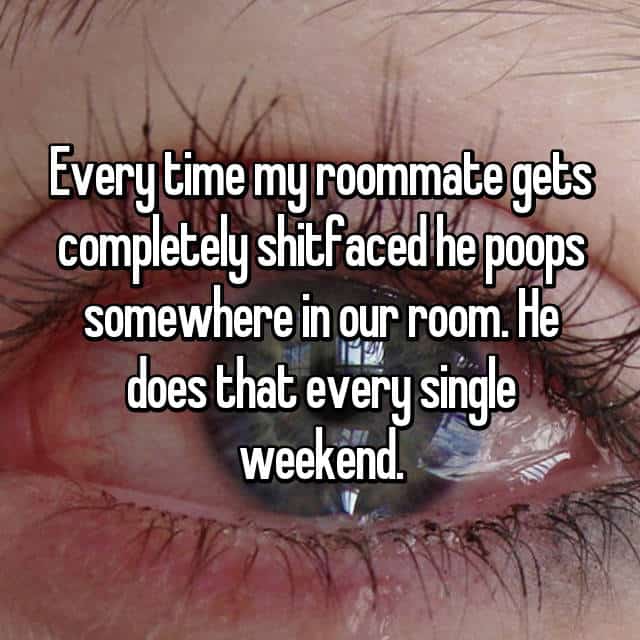 He has anger management issues. 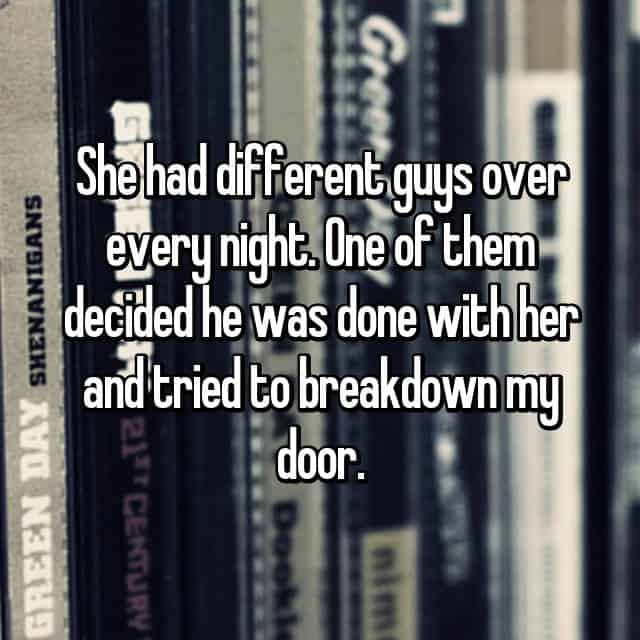 Everybody’s got a dark side, but his roommate clearly has a darker one. 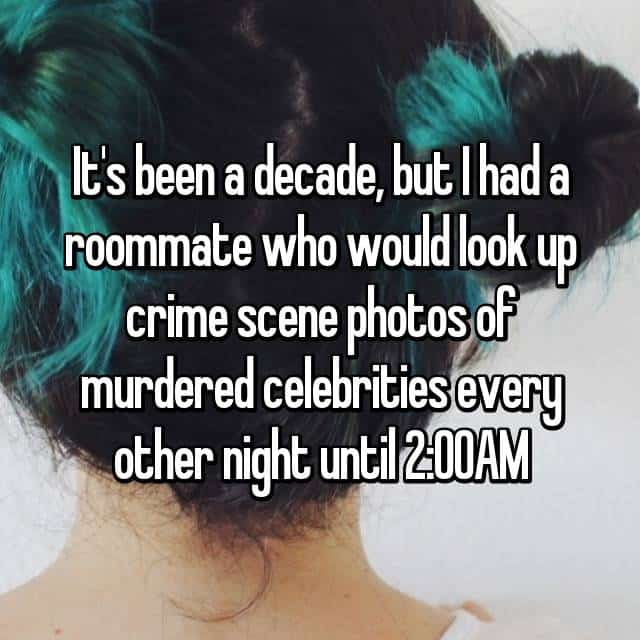 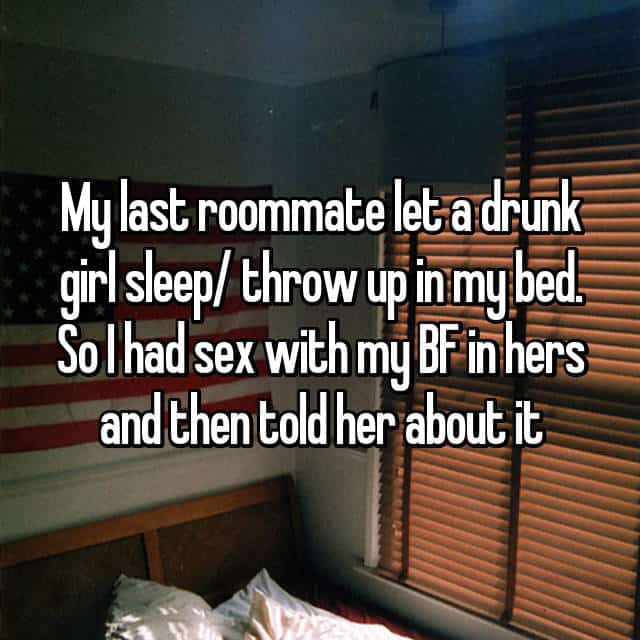 Lesson learned: Don’t just let any guy into your room. 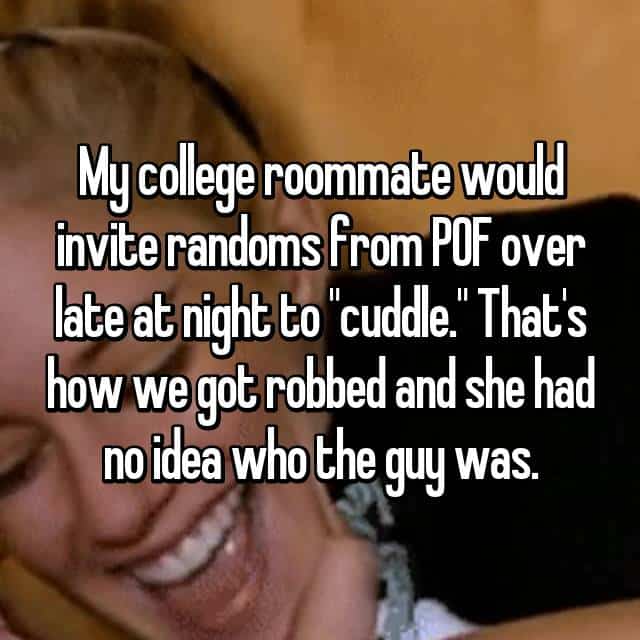 I don’t know which is weirder…that she refused to shower? Or that she wanted to get sniffed? 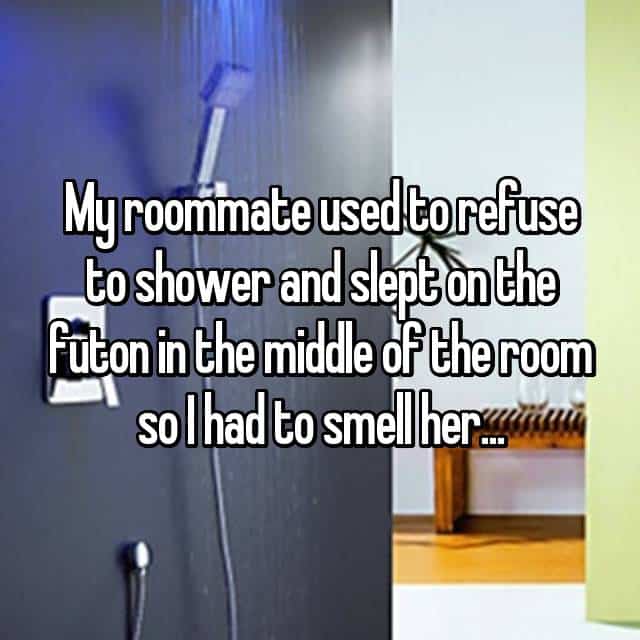 The kind of people I don’t want to be friends with. 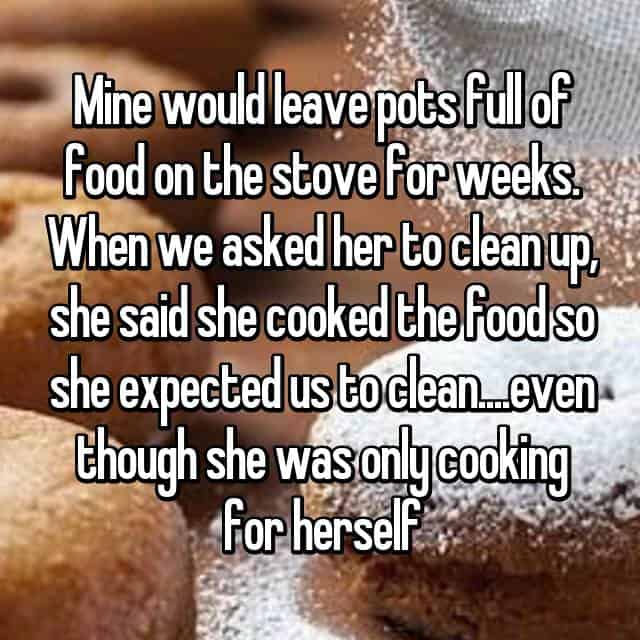 Is that even legal? 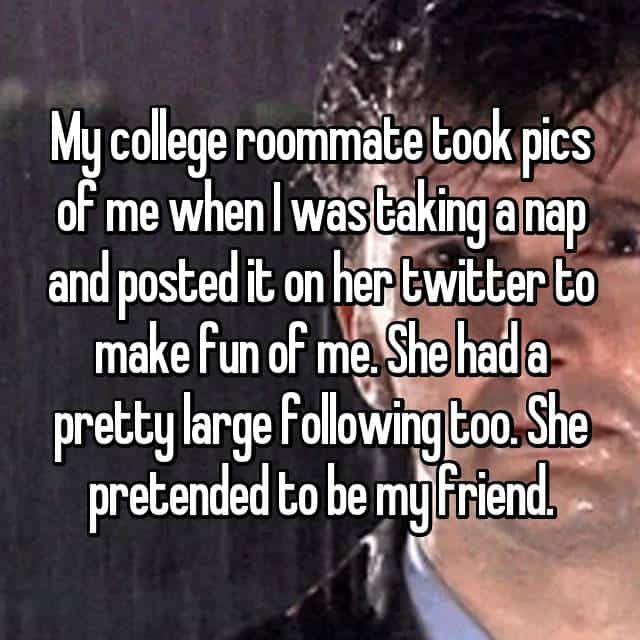 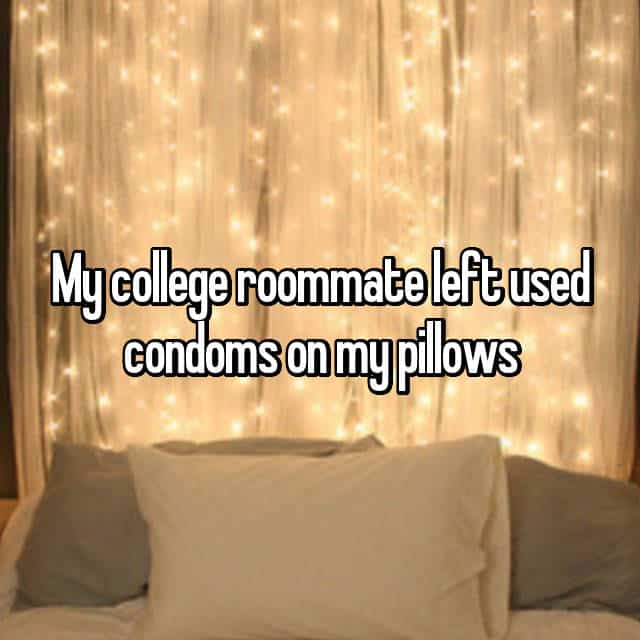 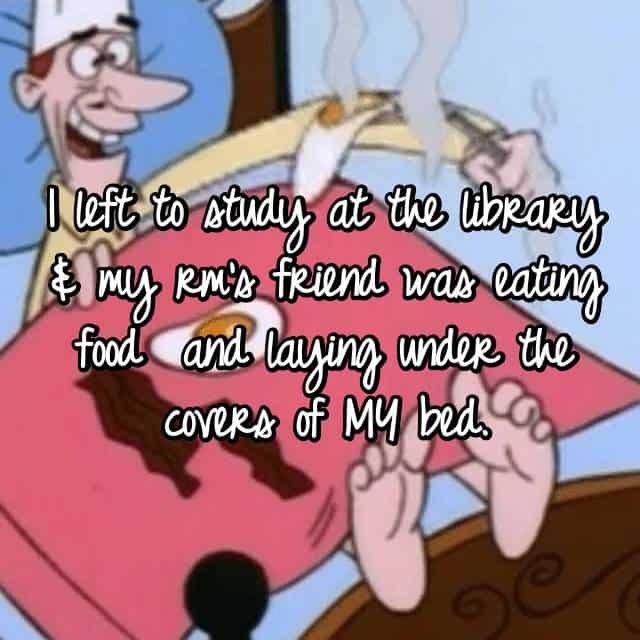 Cute, but it won’t be cute anymore unless she cleans up her bunny’s mess. 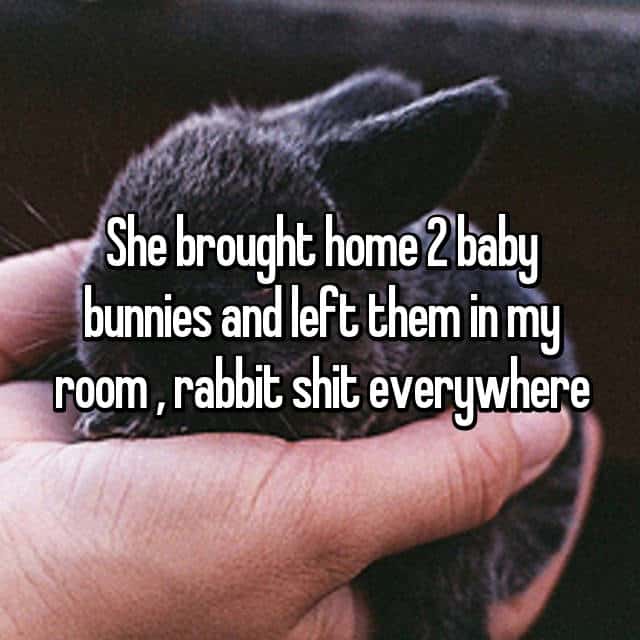 Let’s just hope it really was a joke. 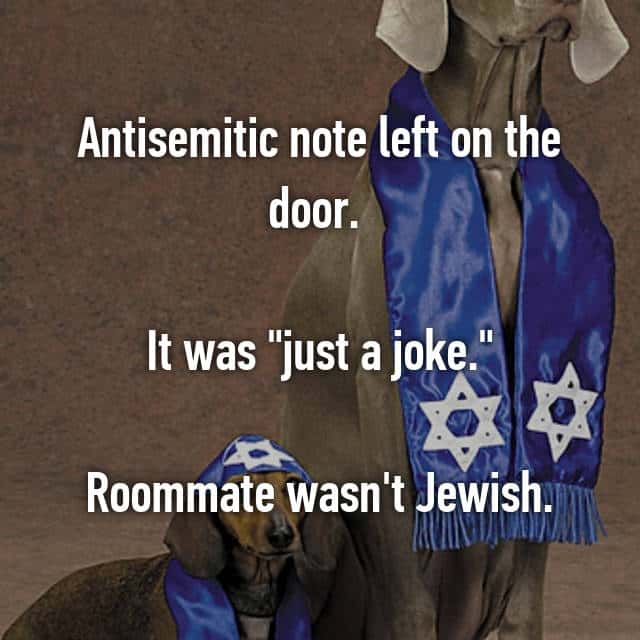 It’s about time she does her own chores! 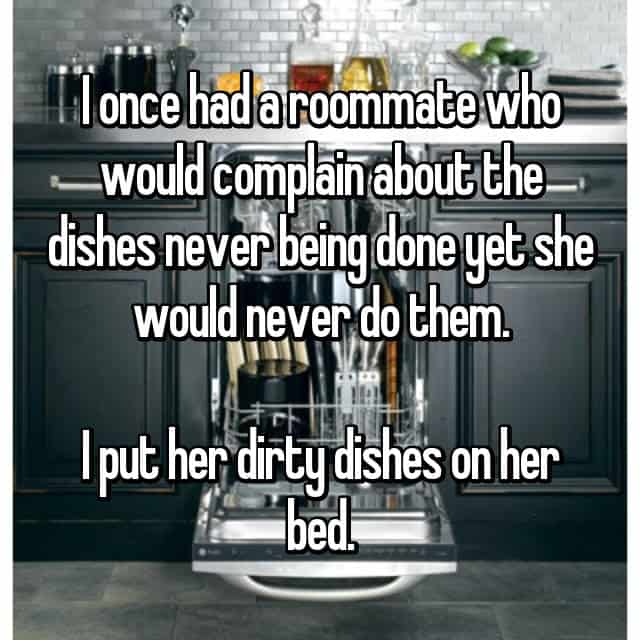 I’d probably have kicked his face if I suddenly found out someone is sniffing my feet. 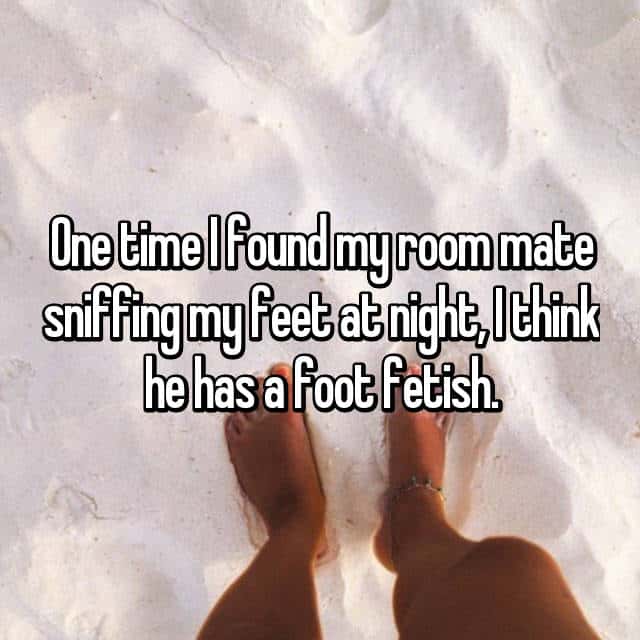 Look’s like her roommate was kind enough to only send it to her parents and not to the entire campus.

Good thing she didn’t let her anger out on her roommate. 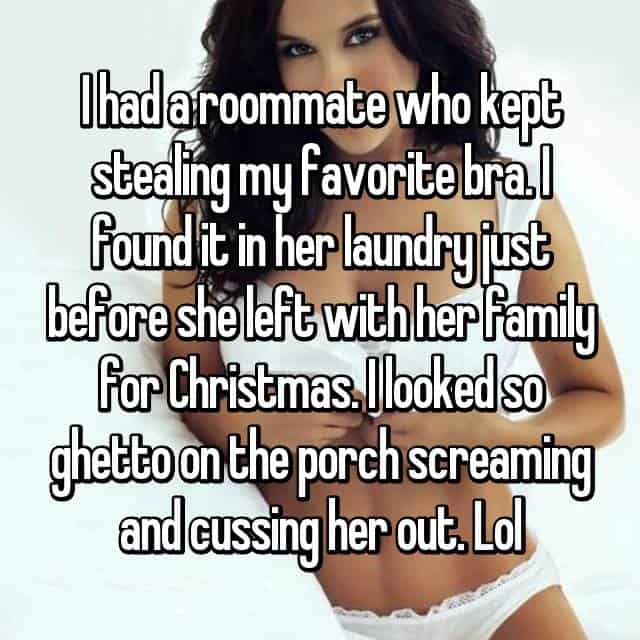 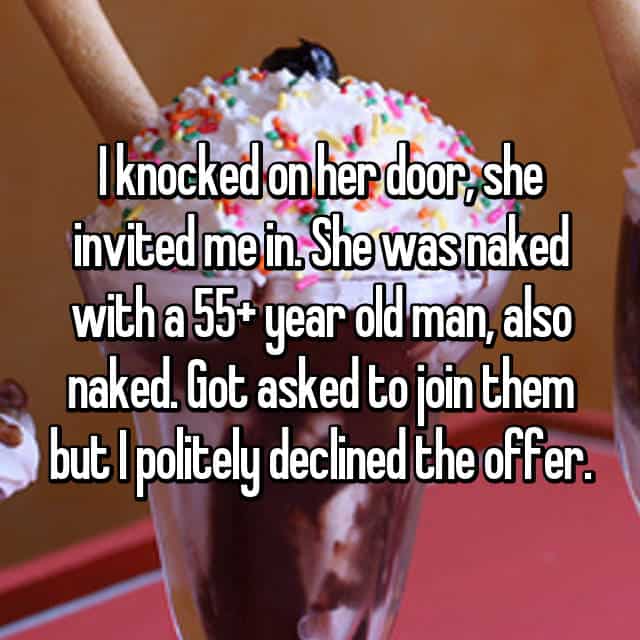 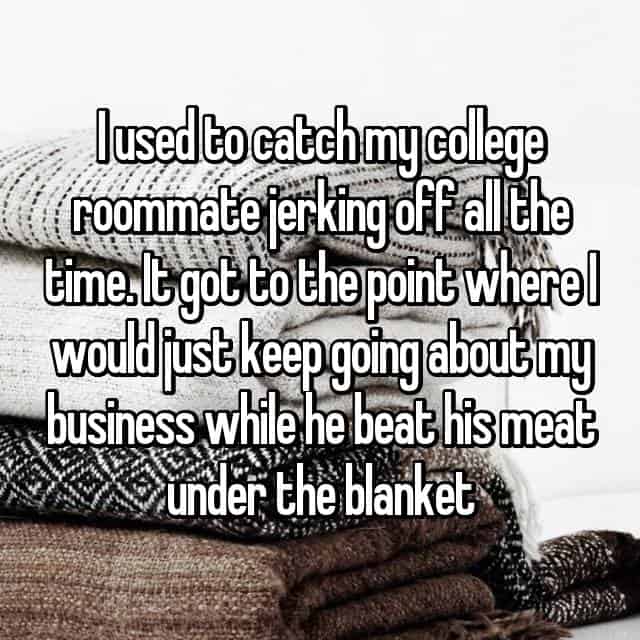 Looks like you have your own die-hard fan as your roommate. 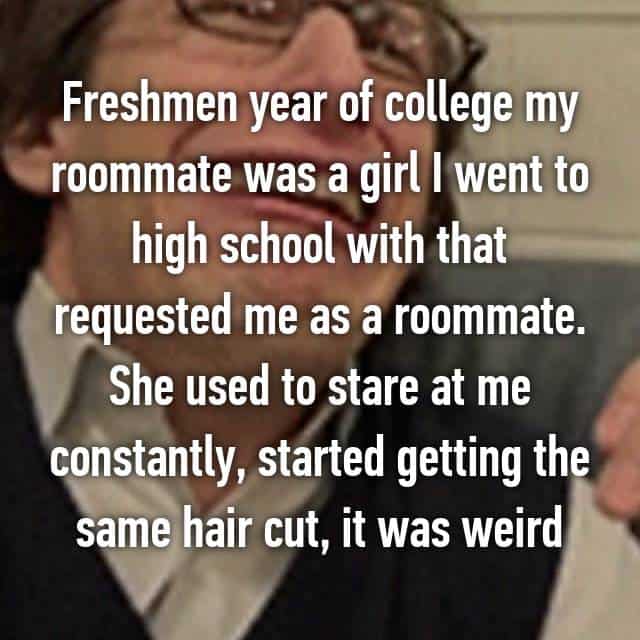 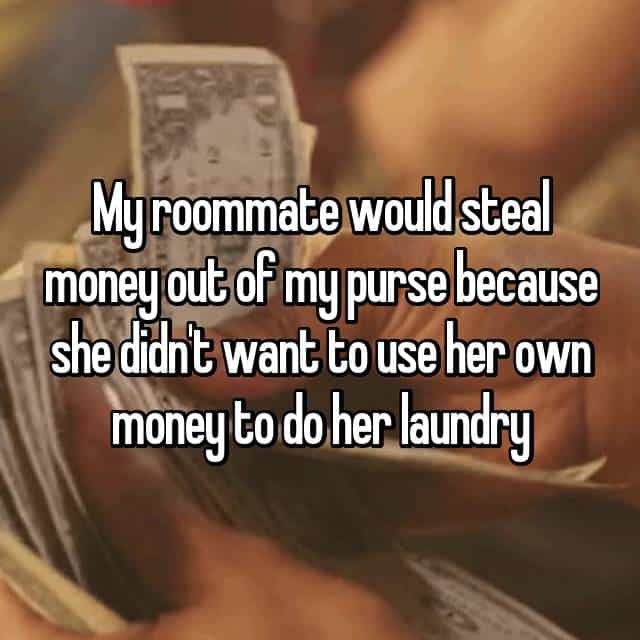