Are you a fitness buff and a huge fan of Star Wars as well? Looks like the Force is indeed with you because we’ve found something that perfectly suits you. This line of Star Wars-themed fitness equipment will bring your workout routine to an intergalactic level. Each piece is inspired by the iconic characters from both the light side and the dark side of the Force. With this brilliant combination of functionality and style, becoming fit has never been this epic.

Fitness company Onnit unveils its new line of Star Wars-themed fitness equipment that will surely encourage all Star Wars fans to workout. The line features a set of three kettlebells that are modeled after the powerful antagonists from the dark side. Available in 50-lbs, 60-lbs, and 70-lbs, these kettleballs can help build strength and muscular endurance. The 50-lb kettleball takes the form of the notorious bounty hunter Boba Fett while the 60-lb is modeled after an Imperial Stormtrooper. Of course, the Dark Lord of the Sith himself should complete the group of galactic villains. Darth Vader kettleball weighs in at 70-lbs for those who are looking for more challenging weight training. Each figure has been meticulously cast in dark black iron to further highlight the evilness of the dark side. 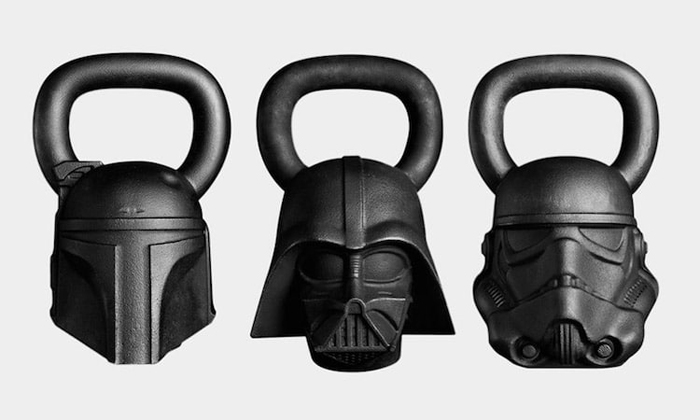 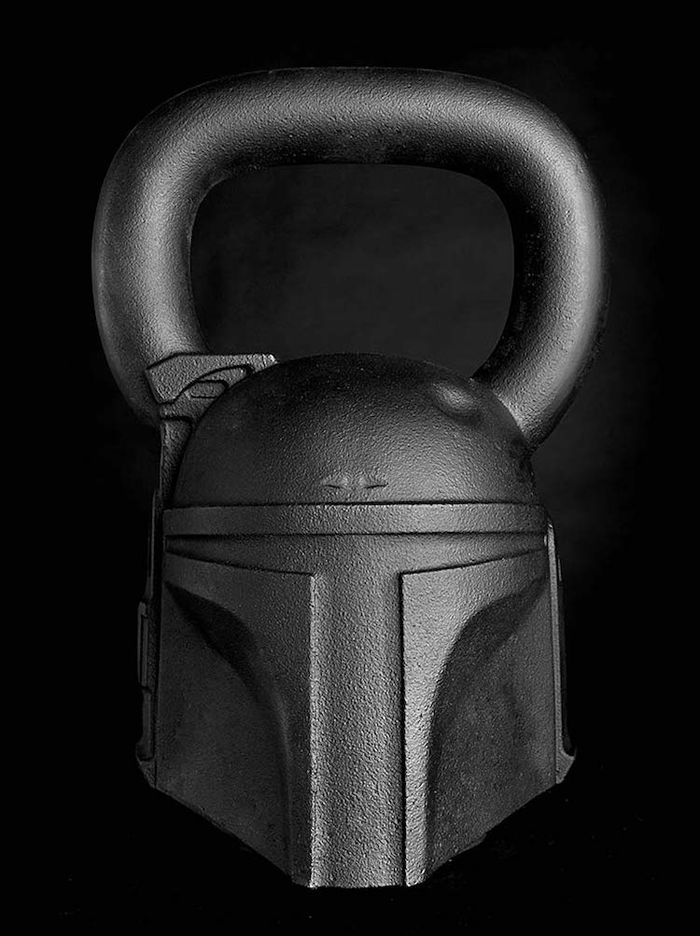 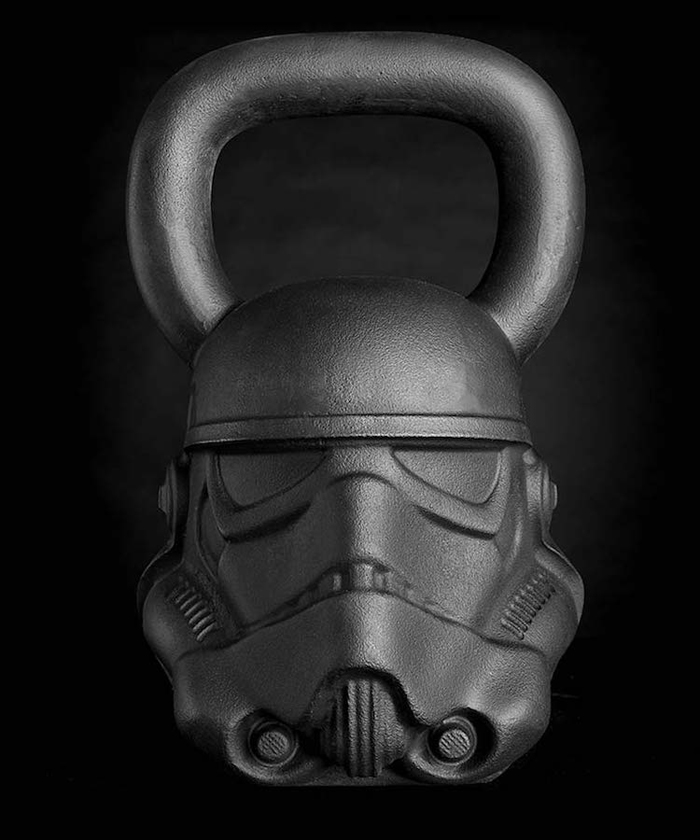 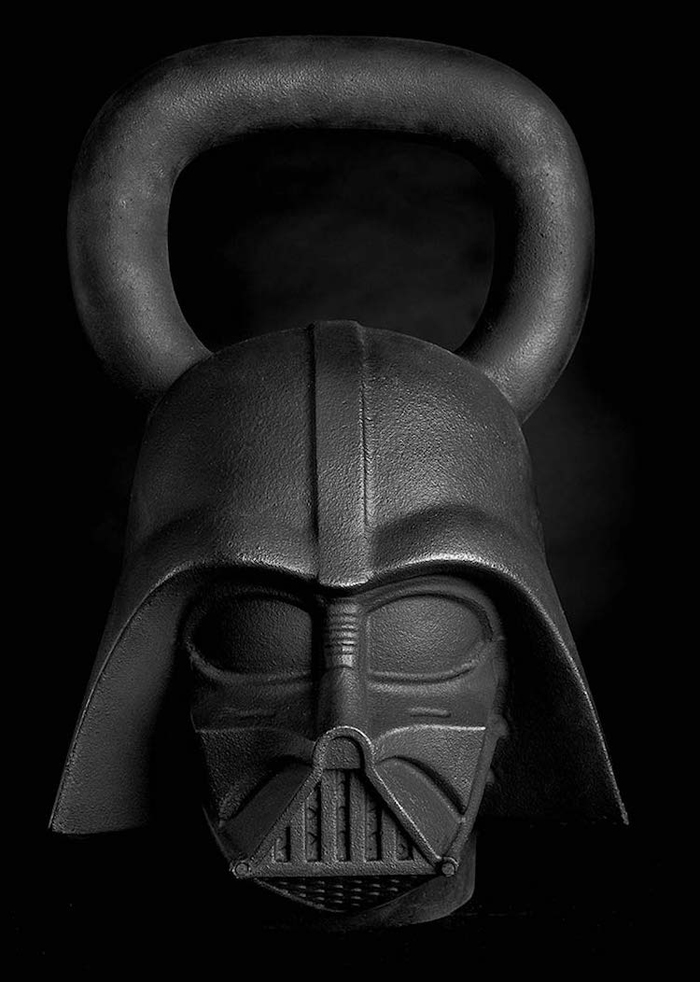 In addition to the kettleballs, the Star Wars-themed fitness equipment series also includes a slam ball that is shaped after the iconic galactic super-weapon, the Death Star. This 20-lb fitness ball is used in executing overhead slams and squats that can help increase power and speed. It is made of heavy-duty polyurethane rubber that can withstand constant dropping, slamming and throwing. Furthermore, the surface features the ridges and trenches of the Death Star that also provide additional grip to maintain control of the ball. 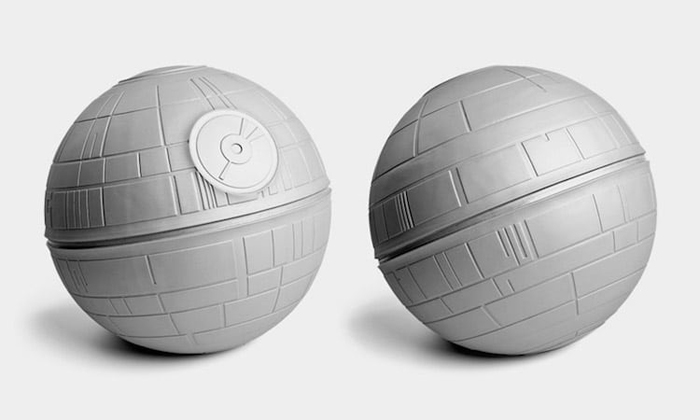 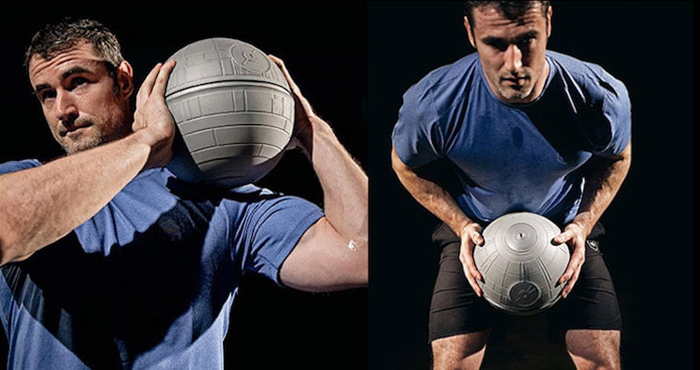 The last piece in this Star Wars-themed fitness equipment is this yoga mat that features one of the most memorable scenes in the movie. The Solo Mat presents the iconic scene where Han Solo was frozen in carbonite. Every time you do yoga, the image on the mat will remind you of our favorite hero’s tragic fate. The image is printed on the mat using high-resolution imagery for a more realistic effect. It measures 71-inches by 25-inches with reversible sides and non-slip surface. 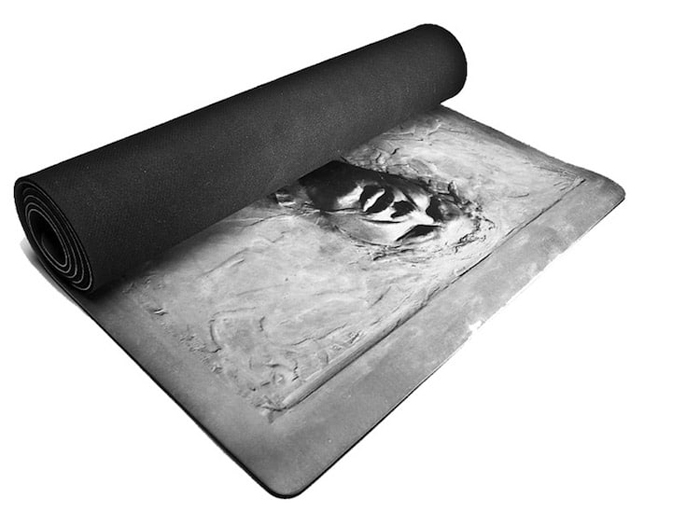 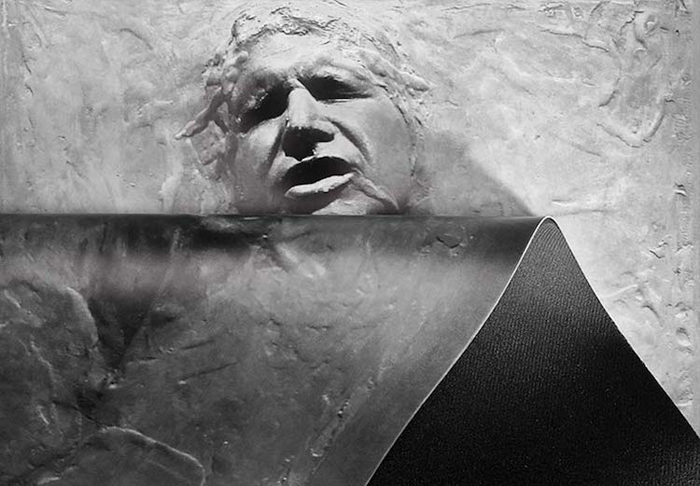 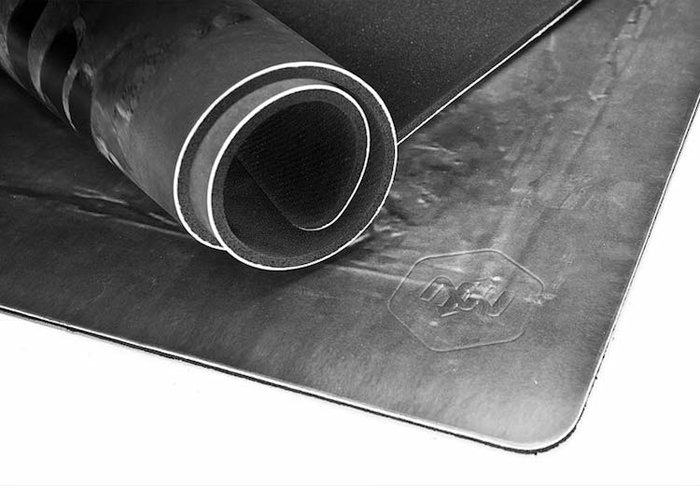 All these awesome fitness equipment are available on Onnit’s online shop. So, buy them now before they soar in a galaxy far, far away. And may the force be with you as workout.